There is no doubt that woolly mammoths are extinct and have been for at least 5,000 years. Since they co-existed with modern humans, it is believed that hunting at least partly contributed to their extinction. With so many flash-frozen, fully-intact woolly mammoth carcasses being found in Siberia and occasionally North America, there is a move on to use their DNA to bring back the species to once again populate and roam the frozen tundra – an action that some scientists claim could even reduce climate change. While that is a noble cause, it appears a few people have a more sinister, less noble cause for bringing woolly mammoths back – to butcher them and populate high-end restaurants and specialty meat markets with woolly mammoth steaks. Is this right? Would you eat one? What would they taste like? Are you feeling icky or guilty for thinking about it?

Guilt is a powerful human emotion which can be caused by an individual’s own actions which constitute a breach of laws or conduct, or it can be the result of being part of a group whose members commit those actions and the emotion is felt by all by association. Tasmanian tigers were hunted to extinction less than 100 years ago and the guilt by association is driving many to de-extinct them or find a lost colony. With the woolly mammoth being extinct for 5,000 years, that guilt is lessened but not completely gone. And with so much frozen DNA material being available, the scientific challenge may have become the noble cause. A protected preserve would seem to be a suitable end to justify the means, but some researchers and ethicists are suggesting that another end would be to ignore the guilt and turn the beasts into buffets just as our ancestors did. 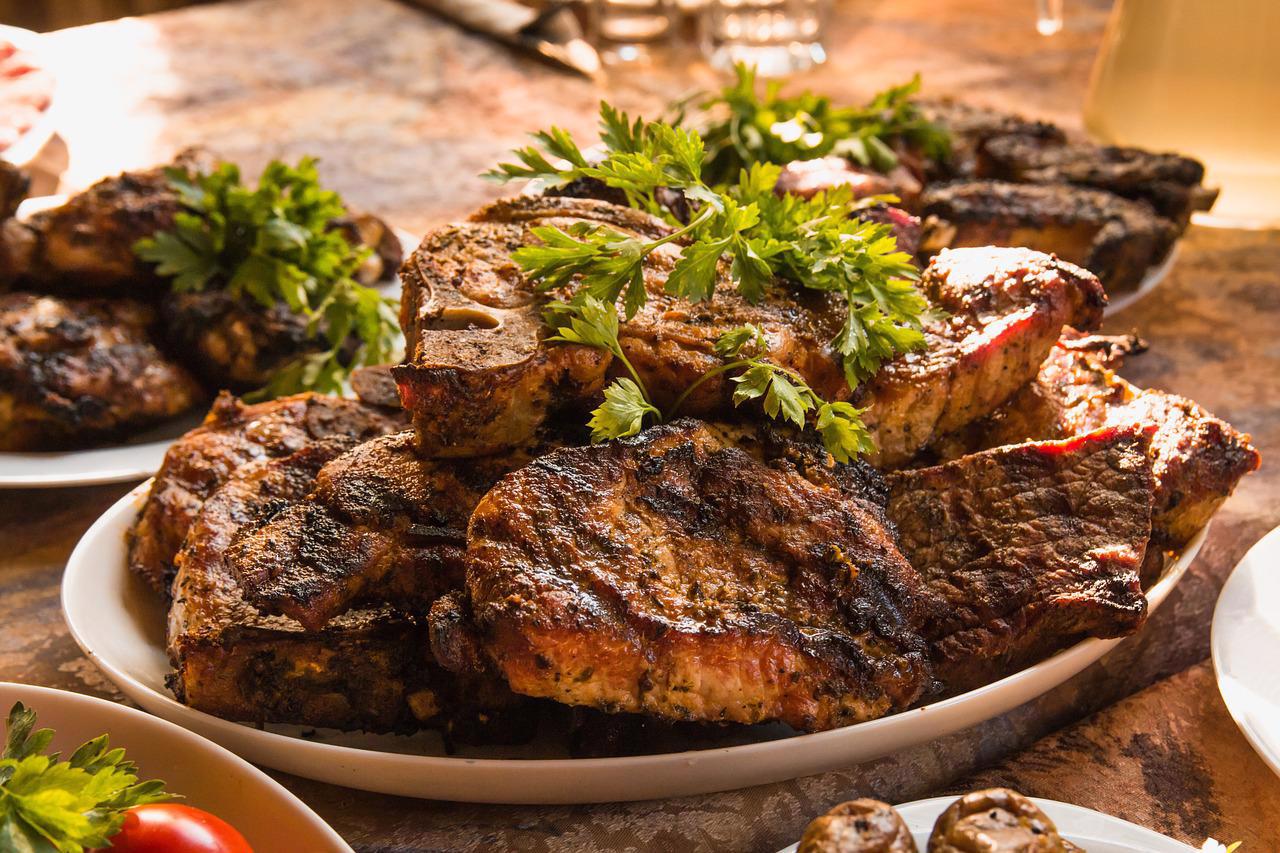 “Extinction is a colossal problem facing the world. And Colossal is the company that is going to solve it.”

In the U.S., a leader in bringing back the woolly mammoth is Colossal, a Texas bioscience and genetic-engineering company founded last year by the Harvard geneticist George Church. The New Yorker reports that company’s plan is to reconstruct the DNA of the woolly mammoth, use CRISPR gene editing to combine it with the DNA of an Asian elephant, make an embryo, implant it in an Asian elephant, grow it to birth and adulthood, make more and put them back on the permafrost to help turn wet tundra into dry grasslands which reflect sunlight, keep the permafrost cooler and help stop climate change.

“I would eat anything holistically nurtured.”

In an interview with The Independent, Holly Whitelaw, director of the UK’s Regenerative Food and Farming department begins with a vague assertion that foods which are grown organically, without pesticides or chemical fertilizers, in areas where their seeds are redistributed by animals, are better for you … or at least for her. She compares this to areas where wolves have been reintroduced, seemingly emphasizing that one benefit is that wolf droppings fertilize the soil and distribute seeds, making the “whole tier of the system working better again.” That’s the noble cause of woolly mammoth reintroduction in the areas where the permafrost is melting. Victoria Herridge, a palaeontologist at the Natural History Museum and an expert on woolly mammoths, responds in the same article with an interesting counterargument. First, she describes this exercise as what it really is: a “bio-engineering experiment” whose reach, should it truly help reverse climate change, has global implications, begging her question – “who gets to tamper with the climate system of the planet?” While a reduction in global climate change is considered to be a good thing, she then looks at the bad side – the side not brought up in de-extinction discussions – of bringing back the woolly mammoths.

“Fast-forward 100 years. Imagine that Siberia isn’t a bog, there’s a place for woolly elephants to roam, they’re not wading through mosquito-infested swamp. Let’s say they’ve managed to breed 20,000 woolly elephants at this point. They’ve wandered across to Banff and they’re causing havoc, and to maintain that population they had to have an annual cull. Would I turn it down? No. But there are so many caveats.”

Substitute the word “deer” in that paragraph and you have the situation facing many cities in the U.S. where the local deer populations have grown during the pandemic shutdown due to a reduction in driving and abandonment of downtown and business areas. Many cities and citizens suddenly support the idea of trained hunters killing the deer, often with a feel-good caveat that the carcasses be butchered and distrusted to the poor or sold to the rich with the money going to a charitable cause. Now, put “woolly mammoth” back into the discussion. Would a “cull” be a popular idea if the steaks or hamburgers were from beasts that were once hunted to extinction for the same reason? Whitelaw’s side says these would be pasture-raised woolly mammoths which would have a healthy ratio of omega:3 to omega:6 fats – a good thing to give to poor people living in areas where they may not have access to healthy meat choices.

“For example, a beef cow yields over 100 times as much meat per animal as a chicken, so switching from eating all chicken to all beef would reduce the number of farmed animals killed by more than 99 per cent.”

Brian Tomasik, author of the blog Essays on Reducing Suffering, says humans are going to kill and eat animals anyway, so why not kill and eat the biggest animals to mathematically reduce the number of violent deaths and suffering. Sticking with math, Tomasik says a beef cow yields over 100 times as much meat per animal as a chicken, so switching to an all-beef diet reduces the number of animals killed by more than 99 per cent. A woolly mammoth would yield 10 times as much as a beef cow, so a mammoth meat diet sounds like a solution to a problem most people never thought about. Perhaps feeling guilty about reducing killing to a math problem, Tomasik considers that a shot woolly mammoth is not necessarily a dead woolly mammoth and that would be bad and potentially sad for some people.

A solution for that problem comes from Jacy Reese Anthis, co-founder of the Sentience Institute, who says the first resurrected woolly mammoth could be used for creating lab-grown cultured meat, thus eliminating the hunting, killing and suffering. That might make sense … if the “healthy” woolly mammoth meat tastes good. Mammoth expert Whitelaw has an answer:

“I think it’ll be a bit like pork. You’ll have to cook it long and slow to render that fat down to make it. Or maybe you could make it nice and crispy.”

If eating woolly mammoth meat sounds familiar, you may have heard about the Explorers Club. Back in 1951, the Christian Science Monitor reported that a group of famous people met at the Roosevelt Hotel in New York City to eat a meal of exotic foods, including a mammoth found frozen in Siberia. It was later determined that the alleged mammoth meat was actually from a green sea turtle. However, in the book “Frozen Fauna of the Mammoth Steppe,” author and zoology professor Dale Guthrie claimed he and his team ate a 36,000-year-old steppe bison found in 1979 near Fairbanks, Alaska. The neck was roasted with vegetables and Guthrie claimed it was not very tender but edible.

Ethics is a tough subject. So is guilt.