Are ghosts real? Is the afterlife real? Can dead pigs come back to life? Is there a distinct line between alive and dead? There are some strange things going on in both the paranormal and scientific worlds that seem to have a growing overlap when drawn in a Venn diagram. A group of bikers in India claim they recorded a teleporting ghost that may have been India’s famous Chudail spirit. A woman in England claims a choking demon drove her and her family out of their house. Scientists at Yale managed to partially revive pigs dead for over an hour and watched as their organs began functioning again. Are we getting close to proving ghosts and spirits of the dead really exist in a state between living and dead? Do these spirits know what they are or where they are? Which circle of the Venn diagram would you put the zombie pigs in? Did they know they were dead … or alive … or zombies? Are life and death getting more complicated?

Let’s start with a ghost story from India that unites ancient mythology with modern technology. India.com and other local media sites shared an Instagram video (watch it here) allegedly taken by three men who claim it shows their encounter with a teleporting chudail while riding their motorbikes at night. The video shows them passing what looks like a female person with her face covered but long hair exposed walking along the road. The camera operator watches until she disappears in the darkness, then faces the front … only to see what looks like the same woman again, this time walking towards him! Before he can pass her to verify, the bikers behind him catch up, grab the bike and pull him away. At first view (and a few more), it looks like it could have happened … and it also looks like it could be a prank. Which one is it? 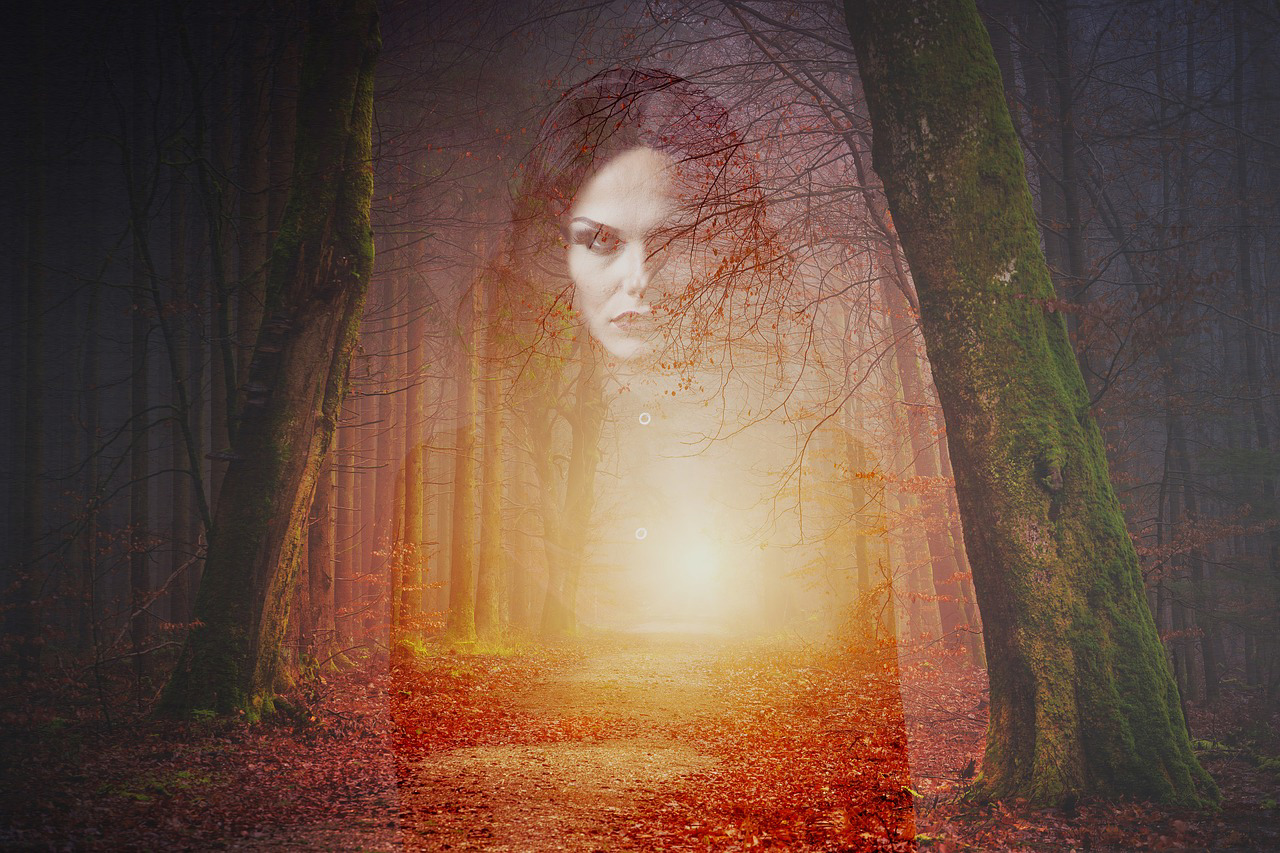 While “Teleporting Chudail” might make a good name for a band, it is an ancient Indian ghost myth linked to the usual suspects – old women, women who die during childbirth or women tormented by men while they were alive. The chudail (also called churel, chudel or churreyl) is said to be a demon revenant (a revived corpse or zombie) that returns to attack men or anyone else who did them wrong in life. As usual, they’re thought to be ugly but can shapeshift into beautiful women to lure these unsuspecting males. Like the ones on the motorbikes? The chudail is also said to hunt for young men on highway, imprison them in her graveyard and feed on their blood and semen. Shapeshifitng is a close kin to teleporting, so this video scenario seems to check off many chudail boxes. However, the poster and many commenters seem to believe it is merely a well-done hoax by the young men and two accomplices dressed in identical chudail outfits.

A ghost story with better evidence on the paranormal side comes from Lauren Roth in Middlesbrough, England, where she and her husband and their two young children have been living in a van in their driveway after being left 'scratched and bruised' by a what she believes is an enraged spirt who even attempted to choke Lauren when it “stuck their finger down my throat.” Roth tells The Mirror it began when lights starting linking off and on and her daughter claimed to see a man in her mirror and woke up with scratches on her. After trying to get the house 'blessed' and apparently angering it further, Lauren decided to call ghost hunters Lee and Linzi Steer to deal with the 'extreme poltergeist activity' in her home. The Roths brought in paranormal investigators and one claimed to also have been scratched on the arm by the poltergeist. Their monitoring equipment seemed to show a  figure in a window and an unexplained shadow on a staircase. Throw in a possibly coincidental dead bird on the driveway and that was enough for the investigators to warn the family to move out and never return to the property. That seems harsh and movie-worthy, but the report says that they complied. Would you? Would you move in after the Roths left? Would you see the movie?

Would you believe their story if instead of ghosts, the house was occupied by zombie pigs?

That leads us to the next story which fits more into the scientific circle of the Venn diagram – with a paranormal twist. A new paper published in the journal Nature describes how scientists at Yale University blurred the line between life and death for some pigs -- and may have forever ruined breakfast for bacon and sausage lovers. According to the study, they induced cardiac arrest in the pigs – without causing any suffering, of course – and left them dead for an hour. During that time, the scientists mixed together a proprietary cocktail called OrganEx which contained nutrients, nerve blockers, anti-inflammatory medications, anticoagulants and other drugs. After the hour was up, they mixed this solution with the pigs’ blood and pumped it back through their bodies – and watched as some of the pigs’ organs came back to life and began functioning again – including hearts which resumed beating, livers and kidneys that began working again and cells which began healing themselves. Was this a zombie porkopolis?

“Although OrganEx helped to preserve the integrity of some brain tissue, researchers did not observe any coordinated brain activity that would indicate the animals had regained any consciousness or sentience.”

Yet. The researchers note that electrical activity in the pigs’ brains might have been absent because the solution they pumped through was colder than normal body temperature, or because the anesthetic compounds suppressed the signals. That puts this experiment in an ethically grey area – one that is further blurred by the study’s conclusion that “death is not a moment but a process, making it challenging to come up with a uniform way to declare a person dead.”

Folk tales like the story of the Chudail have long been created to help humans deal with the mysteries of aging and dying. While there are undoubtedly plenty of ghost hoaxes, it is becoming difficult to discount stories with physical evidence and appearances recorded on the ever-present cellphones. Medical procedures are improving rapidly to keep humans alive longer and revive them even after being in seeming dead states for long periods of time. Were the pigs really dead or just transitioning? What state were they in after their organs came back to life? What would they be if their brains began to function again? Are scientists helping prolong life – or enter the state of the spirits and undead?

Is death a moment or a process?

What does that make bacon?