It is probably a good thing that the surface of the Earth is 70 percent water – that means most space rocks that survive their blazing trip through the atmosphere don’t hit land … especially land with people on it. It is also a good thing that so many space rocks disintegrate in the atmosphere, because even the small ones can cause major damage, while the larger ones can result in mass extinction events. We know NASA, other space agencies, scientists, leaders, business owners and member of the public are worried about space rocks and would like to see better advanced warning systems and plans for deflecting or destroying those that appear to be heading for a violent impact. Until that happens, we have meteor astronomers who are trying to figure out why some rocks survive the atmospheric plunge and others don’t, and which parts of a breaking-apart meteor will be the most dangerous. One such scientist has just completed a new study in which he reveals the reasons. Will this news make us sleep better tonight ... or wear a helmet to bed? 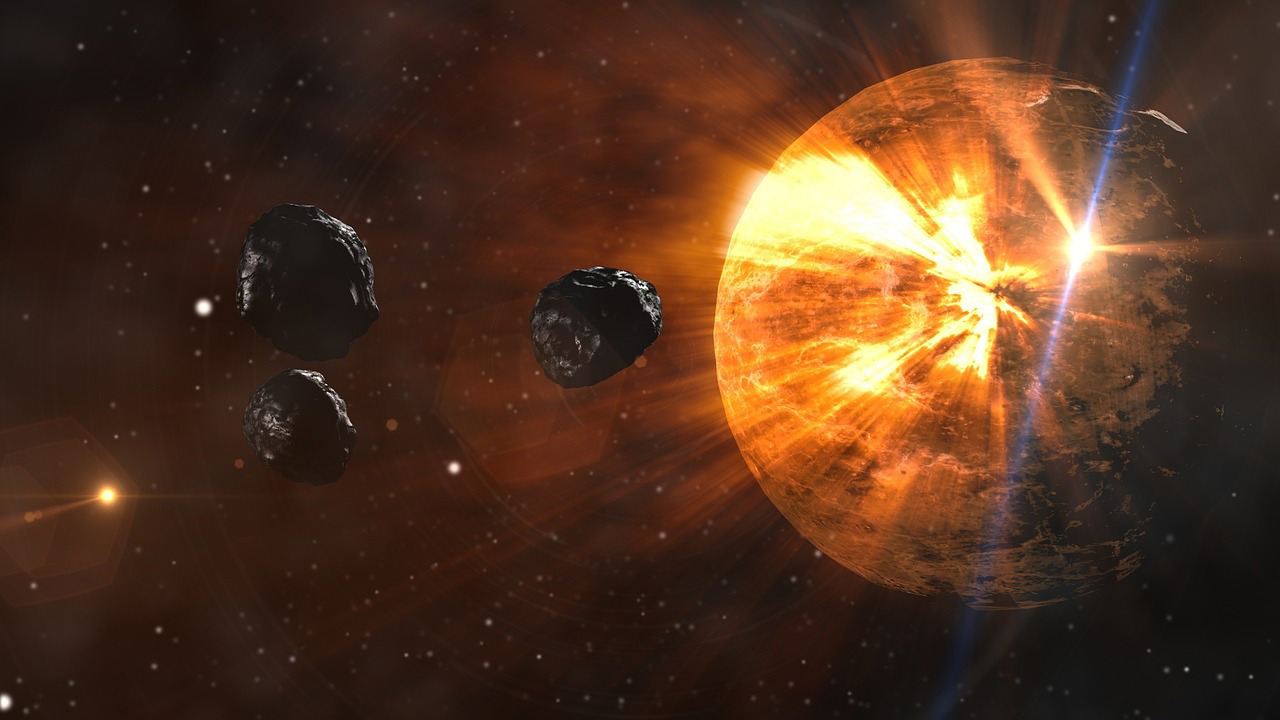 "Most of our meteorites fall from rocks the size of grapefruits to small cars."

Lead author and meteor astronomer Peter Jenniskens of the SETI Institute and NASA Ames Research Center starts off his press release by schooling us on the proper technology – space rocks are asteroids, meteoroids or comets until they hit the Earth, where they then are called meteorites. Since we’re being sticklers on terminology, we’ll also point out that a meteorite tracked or observed before its impact and the discovery of its remains is a “meteorite fall” while any other kind is a “meteorite find.” For his study, published this week in the online journal in Meteoritics and Planetary Science, Jenniskens was interested in inspecting the remains of a meteorite fall named Asteroid 2008 TC3, which impacted the Earth's atmosphere on October 7, 2008. Because 2008 TC3 had been tracked for 20 hours prior to its entry, astronomers had extensive data on its shape and orientation and precise info on its entry trajectory. In addition, the astronomers tracking it were able to use the sunlight reflected off of 2008 TC3 to get accurate measurements of its shape and the direction of the spin and precession axes. According to the study, “That makes it unique among other documented falls and makes asteroid 2008 TC3 a unique object for the study of asteroid breakup dynamics.”

"In a series of dedicated search campaigns, our students recovered over 600 meteorites, some as big as a fist, but most no bigger than a thumbnail. For each meteorite, we recorded the find location."

University of Khartoum professor Muawia Shaddad and his students helped Jenniskens to recover the meteorites of 2008 TC3 after they landed in the Nubian Desert of Sudan. They recovered about 86 pounds (39 kg) that were scattered across an area 18.6 miles (30 km) long. That was all that was left of an 80 ton, 13 foot (4.1 meter) diameter asteroid that exploded about 23 miles (37 km) above the Nubian Desert. Because so much was known about it due to the 20 hours of tracking, 2008 TC3 is considered to be asteroid whose impact was predicted before its entry into the atmosphere as a meteoroid.

“While conducting grid searches perpendicular to the asteroid path, the researchers were surprised to find that the larger fist-sized meteorites were spread out more than the smaller meteorites. Teaming up with NASA's Asteroid Threat Assessment Project (ATAP) at NASA Ames Research Center, they decided to investigate.”

Using all of the data from the 20 hours of approach to the atmospheric entry to the dispersal pattern, theoretical astronomer Darrel Robertson of ATAP created a hydrodynamic model of the entire path and impact of 2008 TC3 that demonstrated how the asteroid melted and broke into pieces. The simulations surprised Robertson.

"Because of the high speed coming in, we found that the asteroid punched a near vacuum wake in the atmosphere. The first fragments came from the sides of the asteroid and tended to move into that wake, where they mixed and fell to the ground with low relative speeds."

Watching the model must have been like riding in a spaceship alongside 2008 TC3 as it traveled through the atmosphere. The team saw small fragments slowed so much by the atmosphere that they dropped quickly and formed the earliest section of the dispersal area in the Nubian Desert. In contrast, the larger pieces blasted through nearly unimpeded and landed at the far end of the dispersal area. In addition, most of them fell in a narrow 1 km wide path. But not all of them.

"The largest meteorites from 2008 TC3 were spread wider than the small ones, which means that they originated from this final collapse. Based on where they were found, we concluded that these pieces stayed relatively large all the way to the ground."

Once the meteor melted more, its protective shock wave collapsed and it broke into big pieces, which formed their own shock layers, spreading them away from each other and maintaining a high speed. These rocks stayed large and landed far. Perhaps the most amazing feature of this model was that it was able to trace each fragment back to its position in the back or the bottom-back part of the original asteroid before it began to break up. Finally, the pieces were surprisingly of different types and spread randomly in the dispersion area, which means they were also spread randomly inside and outside the original asteroid.  This, like other meteorites, was a mix of minerals. 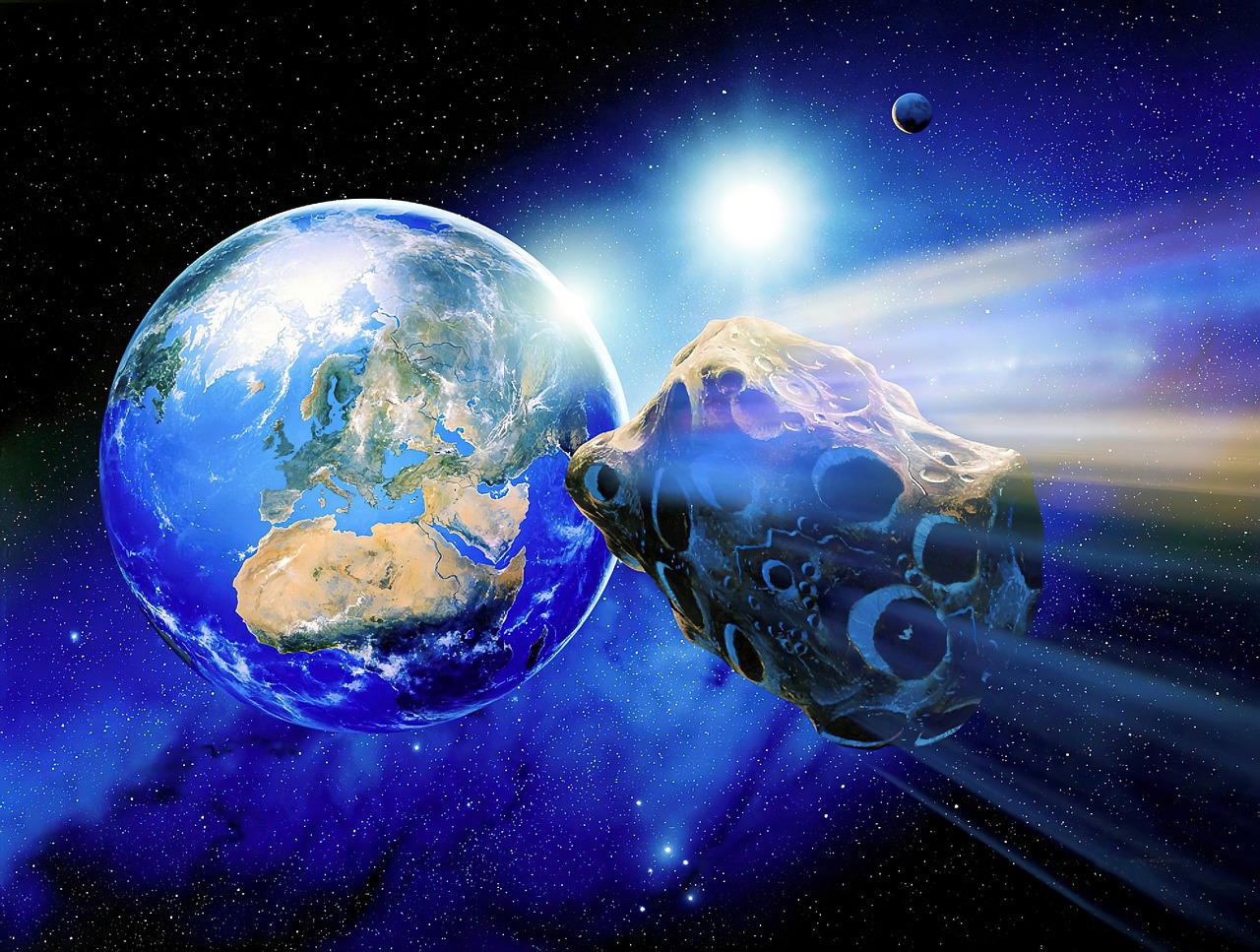 After such a detailed analysis and modeling of 2008 TC3, what did the study team conclude about it? Jenniskens says the big reveal was that the most dangerous part of an asteroid isn’t necessarily a big solid core. The radioactivity 2008 TC3 absorbed up from cosmic rays exposed its secret.

"From that radioactivity, we often find that the meteorites did not come from the better-shielded interior. We now know they came from the surface at the back of the asteroid."

If astronomers get the opportunity for detailed long-term tracking of the kind and duration availed by 2008 TC3, they should check out the back of the asteroid – that’s the location where the biggest and most damaging meteorites will be coming from.

Who would have thought that “junk in the trunk” would apply to asteroids?