Meandering through the region just northwest of Sydney, New South Wales, Australia, is the Hawkesbury River, which stretches 75 miles and has a maximum depth of 45 feet, and along with its main tributary, the Nepean River, almost completely encircles the Sydney metropolitan area. It was long an important place for the Darkinjung, Darug, Eora, and Kuringgai Aboriginal tribes, who called the river Deerubben or Dyarubbin, considered themselves to be its custodians, and relied on it for food and trade, and in the 1800s it was a major transportation route for transporting food from the surrounding area to Sydney. If reports going back hundreds of years are to be believed, it’s also the home of a mysterious aquatic monster.

Tales of something very large and strange lurking in the Hawkesbury River date back to thousands of years ago, with ancient Aboriginal cave art in the area depicting a beast with a long neck, thick body and two sets of flippers. The Aborigines called it the moolyewonk or mirreeular, which roughly translates to “giant water serpent,” and in the 1800s white settlers would hear stories from the tribes of a fierce and formidable reptilian beast that would lunge from the river to attack boats or snatch people from shore. These settlers often reported seeing the creature themselves, and it was usually described as a massive greyish black beast between 25 all the way up to a whopping to 80 feet in length, with four flippers, a tapering, eel-like tail, long neck, and a snake-like head.

Sightings would continue all the way up into the modern era, where it is often mentioned in the same breath as the more famous Loch Ness monster, and it still manages to grab the occasional sensational headline. Cryptoloologist and author Tony Healy, who along with frequent collaborator Paul Cropper has written books on Australian mysteries such as Out of the Shadows and The Yowie, has made several expeditions in search of the beast and compiled numerous historical and modern sightings accounts, as well as interviewed witnesses. One of the earlier of these reports supposedly happened in 1912 and concerns an alligator-like creature seen by some boaters in South Creek, a tributary of the Hawkesbury River in Windsor. Another report comes from 1924, and was published in the Windsor and Richmond Gazette. Healy says of it:

People were talking about seeing a 'titanic seahorse', and there's a specific eyewitness report by a WJ Riley, who along with his brother, saw this thing while walking along The Terrace [Windsor] at midday. They saw something in the river beneath in a deep hole. He said, 'We saw a big ugly thing, 2 foot 6 inches to 3 foot in depth, with a length of about 5 to 6 feet, and of a yellowish or sandy color. Whether its skin was scale-covered or not, we could not see. We watched for 15 minutes. It had a square-looking fish tail. It was not a pleasant looking animal. I should certainly not care to be in the water and have it after me.' Not a huge critter, but people were close enough, you would imagine, to see that it wasn't a seal or something like that. There have been reports of them a hell of a lot bigger than that. I haven't been able to establish to my satisfaction that the reports of the bigger ones are genuine. But they may well be.

Another researcher who has been studying and hunting down the Hawesbury River monster for years is Rex Gilroy, cryptoloologist, author, and head of the Australian Unknown Animals Investigation Centre. Gilroy has similarly managed to amass a wealth of sightings reports both from newspaper clippings and directly from eyewitnesses that go back decades. In 1945 there was a report made by a man named John Nelson, who at first noticed a disturbance in the water about 50 yards out next to a yacht full of people. At first he thought nothing of it, but then an “ugly, snakelike head” rose from the water to look directly at him and his companions. Nelson would say of what happened next:

We reckoned later that its neck was at least two feet thick and that the head was a good two-and-a-half feet long by about one-and-a-half feet wide. Within moments, the head had risen up to about 10 feet above the water, the scaly creature being a dark grey in colour but for the underside of the neck which was a pale yellowish-white. By now we could see humps appearing above the water as the monster’s body came into view there were two of them about 20 feet apart and two to three feet above the water. We could also see a disturbance in the water coming from flippers barely visible below surface, and there was some disturbance behind the creature, presumably from a moving tail. We watched the monster as it looked slowly about for perhaps five minutes, as it made no effort to harm us. Anyway, Bob suggested we leave so we moved off toward the shore. At this, the monster suddenly splashed below the surface and we got a momentary glance of its tail, paddle-like and perhaps 15 feet in length. By now, the people on the yacht had sighted the creature also and were moving about, agitated and shouting. We could see the head re-appear just above the surface as the monster headed toward the yacht, submerging about 50 feet from the craft. We waited a while, and there being no more sign of the monster we motored over to the yacht and its occupants. Some of them had observed the animal’s flippers-four of them and up to several feet in length, thrashing about below surface. We all agreed, the monster could have been from 45 to 50 feet in length. 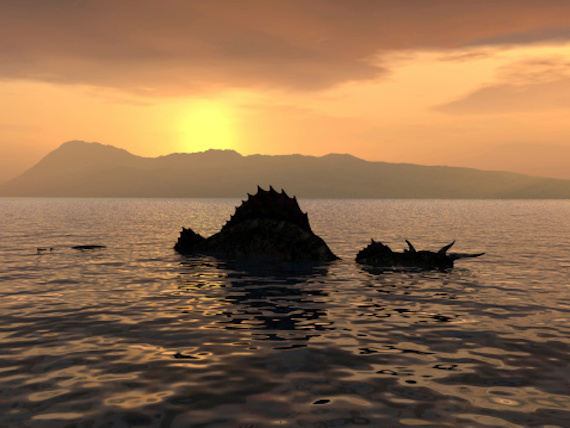 Another rather terrifying report gathered by Gilroy concerns a young couple who in 1949 claimed to have actually seen the monster raise a 30-foot-long neck out of the water to grab a grown bull from the shore and drag it down to its death. In 1979 there is also a report from a George and Jan Cayley, who were living on a houseboat on the river and claimed that the creature had attacked their boat. According to them, they were lying in bed when they felt the entire boat “lifted up out of the water” to send furniture and belongings flying about. After this the boat crashed back down, and the terrified couple were left there in a jumble of broken dishes and furniture and clothes strewn about them trying to figure out what had just happened. When they went outside to see what might have caused the strange incident they were shocked to see “an enormous body moving out across the bay-a long-necked, serpent headed beast.” From the following year is a report collected by researcher Adam Benedict, of the Pine Barrens Institute, who says of it:

It is said that one day, as a fisherman was making his way down the river in a small aluminum boat, a large creature suddenly appeared in the water beneath him. The fisherman could tell that something large was beneath his boat as the water around him grew dark, began to ripple, and started to swirl. Suddenly, the large creature slammed into the bottom of the boat and launched it 10ft into the air. The fisherman was tossed out of the boat and into the water where he made a desperate attempt to reach the shore. As he swam, the creature started to make its way in his direction, but suddenly changed course and dove under the water. With feet now firmly on shore, the fisherman made quick work of leaving the area and never came back.

An even more recent account gathered by Gilroy supposedly occurred in 2000, and he says of it:

The latest was in the St Albans where there was a report of a 25-30 foot creature spotted swimming in the river. Some people who had been out fishing saw it swimming past the jetty where they were standing, with a snake-like head about a meter or so above water. They are still being seen in the Hawkesbury River of course, which is not surprising because it is such a deep river. Actually it’s a sunken valley. 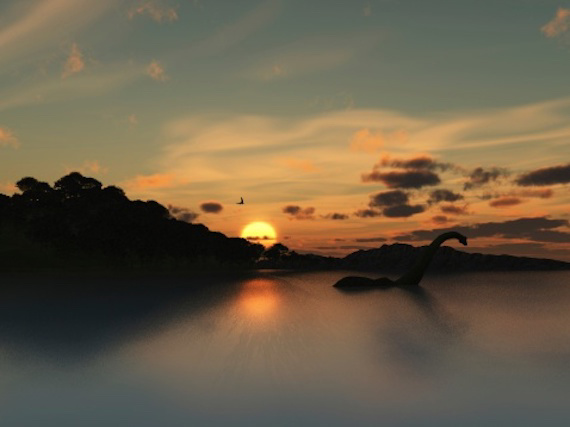 Explanations for what the creature could be have run the gamut from the mundane to the spectacular. Loggerhead turtles, eels, seals or whales have been mentioned as possible culprits, or perhaps it is all just tall tales and urban legend, hallucinations, It could also be something truly mysterious, perhaps a creature that comes inland from the sea. Healy has said of it:

I encountered a lot of understandable skepticism about the 'monster', but also heard quite a few interesting eyewitness reports of large, frightening animals that might, or might not, have been the creature in question. As yet, I certainly don't feel qualified to make a call on whether the critters really exist, although there's reason for cautious optimism. Loggerhead turtles were occasionally mentioned. With their large, humped backs, long necks and reptilian heads, those occasional visitors to the Hawkesbury might appear somewhat plesiosaur-like in silhouette. But the animals mentioned most often as candidates for misidentification were eels - huge eels. There is any number of possible explanations: psychological phenomenon; some kind of mass hallucination; some sort of fear of dragons that's deep in the collective conscience of the human race, I don't know! But certainly, particularly when you investigate cases when there are multiple witnesses to the same event in broad daylight, you think there does seem to be something. It could be that this whole monster legend is just a series of misinterpretations of sightings of ordinary animals, or even just a tall story. But I hope - and suspect - that there's more to it.

What are we dealing with here? Is this some misidentification of a known animal? Is it tall tales and hoaxes that have managed to create an urban legend around an Aboriginal myth? Or is there perhaps something more to it? It is certainly a strange case to add to the pile of Australian mystery monsters, and it remains to be seen. 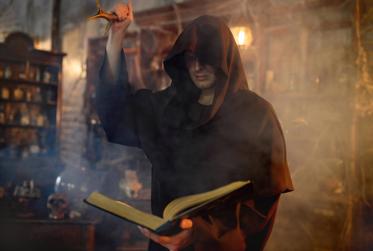