On 24 June 1982, British Airways Flight 009 took off from London bound for Auckland, New Zealand, with four stops scheduled at Bombay, Kuala Lumpur, Perth, and Melbourne. On board the Boeing 747-200 was Captain Eric Moody, Senior First Officer Roger Greaves, Senior Engineer Officer Barry Townley-Freeman, and 247 passengers. The first few legs of the flight were uneventful, and the plane made it to Kuala Lumpur, where a new crew boarded to take the plane to Perth. There was no reason to think at the time that the flight wouldn’t go smoothly for the last legs of its journey, but the plane was about to fly off to be one of aviation’s strangest incidents.

Somewhere above the Indian Ocean, south of Java, in the vicinity of Mount Galunggung, around 110 miles (180 km) south-east of Jakarta, Indonesia, the crew first noticed an unusual effect on the windscreen that to them looked a little like St. Elmo’s Fire. This is a weather phenomenon in which luminous plasma is created by a corona discharge on certain objects in an atmospheric electric field, usually rod-shaped objects, and while it was a little odd to see it on a plane windshield like that, especially since their weather readings showed clear skies, at first they thought nothing of it, merely turning on passenger seatbelt signs and engine anti-ice just in case before continuing on as usual. Even when smoke began to accumulate in the cabin, there wasn’t much panic because in those days cigarette smoking was allowed on airplanes and they just figured it was that, but things were about to get very scary.

As the flight continued on along its path, the smell of smoke turned to that of sulfur, and passengers began noticing that the engines of the aircraft outside of their windows were starting to glow blue, so brightly that the engine fans were creating a stroboscopic effect with the light. It would have been a very strange, unsettling, and eerie thing to see, but the situation got scarier when the plane suddenly lurched as one of its four engines just suddenly stopped and sputtered out. In the cockpit, Moody could not figure out why the engine had died like that, and as he struggled to get it all under control another engine went out too, then another, until all four of the engines were down. As the frightened passengers stared out at those luminescent engines and their flickering strobe-light effect, oxygen masks suddenly dropped down from above and they heard an eerily calm message over the loudspeaker that said:

Ladies and gentlemen, this is your Captain speaking. We have a small problem. All four engines have stopped. We are doing our damnedest to get it under control. I trust you are not in too much distress.

No, nothing to panic about at all there, hope you enjoy the in-flight movie! The jumbo jet was now flying completely without power and the crew declared an emergency to Jakarta Air Traffic Control that made things even stranger. At first Jakarta misheard the message to think that only engine number four had gone out rather than all four of them, and by the time they figured out that the plane was totally without power they could not find them on radar, despite the crew blaring the emergency transponder. In the meantime, the flight crew made some calculations and figured they could perhaps glide the plane for around 23 minutes, and that they needed an altitude of at least 11,000 feet to clear the high mountains between them and Jakarta. If they couldn’t clear that, their plan was to simply just divert their course out to sea and hope for the best. On several occasions they tried to restart the engines, but this was unsuccessful. It was almost unheard of for all four engines to fail like that on an aircraft, and at the time they had no idea why it had happened, but they did their best trying to glide the limping plane along its seemingly doomed course.

The plane continued on, its altitude dropping rapidly, and many of the passengers at this point had resigned themselves to the fact that they were going to crash and die, scrawling goodbye notes to their loved ones on whatever they could find. Then, as they were passing the point of no return, in which they would have to make a decision whether to clear the mountains or prepare for a landing at sea, one of the engines coughed back to life. Shortly after this another engine jumped back to life, then another and the last one, putting them back at full power just as suddenly and mysteriously as they had all gone out. They were able to go over the mountains as planned, but then the St. Elmo’s fire effect showed up on their windshield again and one of the engines died once more, although the other three held steady. 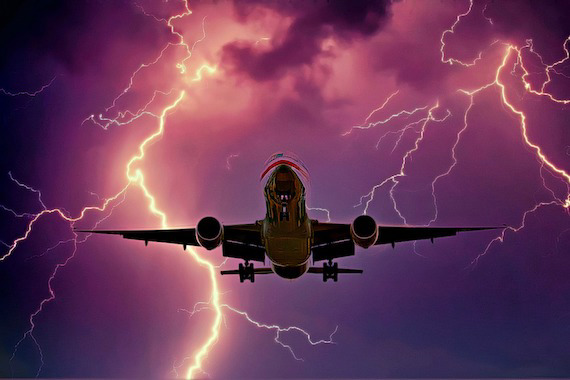 Their troubles weren’t over yet by a long shot. By the time they reached Jakarta's Halim Perdanakusuma International Airport, they were reporting that they could not see anything, despite good visibility and clear weather, and so they were forced to land the plane relying solely on instrumentation. They would later describe the windshield as looking as if it had been sandblasted, everything warped and fuzzy. Even with instrumentation, it would turn out that the vertical guidance system was inoperative and so the first officer had to call out steps on the airport's distance-measuring equipment as Moody squinted out at any ground lights he could make out in an operation he would later describe as “a bit like negotiating one's way up a badger's arse.”

Adding to all of their woes was that their own lights were not working, so people on the ground could not really see them. There seemed to be no way that this plane could possibly make a safe landing, but they did. Not only was Moody able to miraculously land the plane, but not a single person on it had been seriously injured during the entire harrowing ordeal. Captain Moody had somehow managed to guide a large plane with no engines and then land with no visibility and no proper instrumentation without mishap or injury, and at the time it was widely praised as a miracle.

In the meantime, an investigation was launched into how this could have happened in clear weather with a fairly new plane and a seasoned crew. None of the crew could figure out why the engines had all failed, and Air Traffic Control had picked up nothing unusual in the atmosphere that could account for it, so what had happened? After a thorough investigation it was eventually concluded that the plane had flown through a cloud of ash spewed out by the eruption of Mount Galunggung, located around 110 miles south-east of Jakarta. It was surmised that the ash had caused the engines to flare out and had sandblasted the windshield, and since this had happened at night and had been a dry cloud it had not been seen or picked up on weather radar, which looks for moisture. As for why the engines had suddenly restarted again, it was speculated that the molten ash had solidified enough for it to break off just enough to allow the air to again flow smoothly through the engine as the plane exited the cloud. Luckily, the power generator had somehow managed to remain operational, allowing power to start ignition. 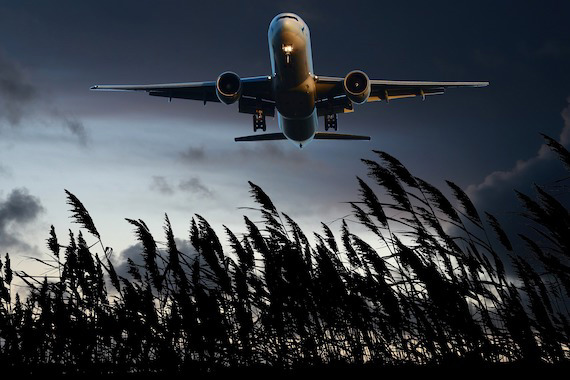 In the aftermath of the incident, the crew received various medals and awards, and one of the passengers aboard, a Betty Tootell, wrote a book about the accident called All Four Engines Have Failed. The engineless terrifying flight also entered into the Guinness Book of Records as the longest glide in a non-purpose-built aircraft. Considering that such an accident with a volcanic ash cloud and all four engines malfunctioning had been pretty much unique and unprecedented, it also caused new aviation guidelines to be put into effect for such situations. Indeed, the crew's response became the accepted standard for such situations. For those who all amazingly survived they to this day regularly get together as the “Galunggung Gliding Club.” To them it was a true miracle that they managed to survive such insurmountable odds to land safely, and Claire Kirkpatrick, the daughter of James Ferguson and his wife Sybil, who were among those on board, has said of her parents’ ordeal:

They didn't tell us the drama that was going on until we saw them. They were kind of really amazed that they actually survived, because Dad flew in the war. He was an aircraft engineer and he knew immediately when the engines were shutting down something was going wrong. It was quite a crisis and a drama, but they were cool, calm and collected during the event. They just sang the praises of the crew, especially Captain Eric Moody, who they attributed with saving their lives. The whole thing was a miracle that they managed to restart the engines.

The event has even gone on to be called the “Galunggung Miracle Flight,” and it surely does seem like a rather strange series of events that they were able to get out of through a series of strokes of luck. Hoe did they get through this remarkable and harrowing series of events in one piece? Was it skill on the part of the pilots. luck, or something else? Whatever the case may be, it is certainly a curious little piece of aviation history and a damn strange story.