The Strange Mystery of the Gayndah Bear of Australia

Reports of mystery beasts come from all corners of the globe, and can sometimes happen in the most seemingly unlikely of places. Gayndah is a small town of just around 2,000 people located in the North Burnett Region of Queensland, Australia. It is a quiet, sleepy agricultural town known for being the center of Queensland's largest citrus-growing area and not much else. It is the sort of dusty little town one could drive right on by without thinking much of it, but in 2000 this normally unassuming place began getting attention and grabbing headlines due to a very mysterious and frightening visitor.

In that year, several residents began reporting seeing a strange, bear-like creature wandering around in the wilderness or the citrus orchards and even daring to go up to houses to frighten residents. It was described as looking like a grizzly bear, often said to shamble about on its hind legs, and it soon had residents afraid to go out at night. One witness was 67-year-old Alan Bucholz, a farmer who owns a mango orchard in the area, and who claims that he had his encounter by the river bank in his orchard one early evening as he sat on his tractor. He explains of what happened:

What I saw was something that looked like the shape of a bear. It was walking on its hind legs, or not actually walking, but it was, it walked like a, well let's put it this way, like a penguin on its hind legs it was about possibly under a meter tall, it was a sort of a black color, black or red or dark brown, something like that. I was sitting on the tractor at the time and I got off the tractor and went to have a look for it and it was gone, I couldn't see it anymore. I was a bit reluctant to tell anyone about it. 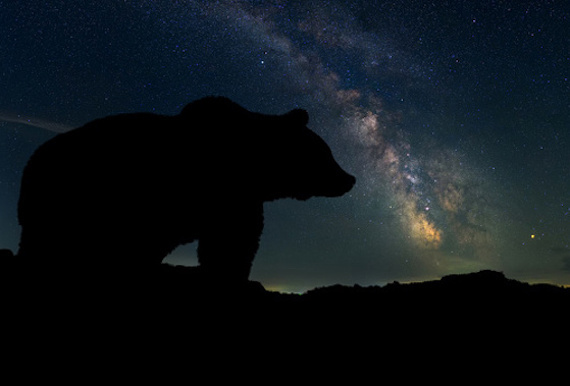 His sister, 63-year-old Shirley Humphries, who lives just one kilometer away and is an orchard grower as well, also saw the strange beast. She claims that she saw it on her property at dusk, again near the river. She would claim that the creature was quite a nuisance, stealing eggs and a jar of vegemite and ripping the top off of a tin of biscuits before disappearing into the surrounding scrubland. In her description, the thing looked “mostly like a bear,” but walked on its hind legs the entire time. She has said of it:

It really scared me as it was like nothing I'd seen before. It was the shape of a man, but looked something like a bear. It didn't walk or hop, but ambled along.

This destructive behavior was also reported by others in the area. Local resident Julian Nott would say of some of these incidents:

There were rumors of a bear like creature around here, mostly down the end of ah, Boyd Street, there was a couple that lived there, and it kept….they’re down on the river….and it kept coming up under their house. It used to eat rock melons. It actually chewed little holes, of the rock melon, and got its’ tongue in and scooped everything out. It ate the biscuit tin under the house. It chewed that til it came open, ate all the biscuits. It used to, they would sometimes see it, once or twice, not very often, down the orchard, and it would actually stand up on it’s hind legs and eat the lower fruit off their tree, off the mandarin trees. Umm, and that was a rumor that was going around…..and then some.

Interestingly, Nott claims that he and his friend Peter Raffels were actually able to film the creature. Nott, who works with the Gayndah landcare group taking out invasive trees and replanting native trees along the river, claims that they had their sighting while doing a photographic survey of an area they had been tasked with replanting. As they walked along the river with Raffles taking photographs they saw something very strange by the water, and Nott would explain what happened next:

This thing was just there on the riverbank. And I sort of said, “Look, what’s that?” and he immediately took a photograph of it, and it immediately went “boomp”, and it was gone. And he said, “I got two photographs.” And one of them you can sort of see it looks like a bear and the other one is just a little brown bum disappearing into the bush. And that’s it. That was all there was about it. It happened so quick, umm, that was it. We just took the photograph immediately to…..it had been in the local paper so we took the undeveloped film to the lady in the paper, and gave it to her and said, “Look, whatever’s on it is yours”, sort of thing. And it sort of went from there. And those were the photographs. Ahh, and that’s it. I don’t think…I don’t know if it was a bear or not because I was basically looking behind me, not at it, to see if the other people were being quiet and not walking around and scaring it and y’know, boomp, and it was gone! And that was that, so……you get all sorts of impressions when you see it, but it’s only an impression. And then you sort of think back on it and you fill in all the spaces with what you think it should have been, but I didn’t really see it all that well. I couldn’t say it was a bear.

It is perhaps not surprising that the two photos are very blurry, inconclusive, and could pretty much be of anything, but Nott swears they are the real deal. Canberra Times columnist and cryptozoologist Tim the Yowie Man, who has made a career of investigating various Australian oddities, went to the scene to do his own investigation and would find that this was not the first time the area had had bear sightings. In 1959, a circus van supposedly overturned and a bear had escaped to cause a spate of sightings before vanishing, and he also claims that there were tales of wild bears throughout Queensland back in the 1800s. One man he interviewed was an Aborigine by the name of Sam Hill, who suggested that it might be a creature from Aboriginal mythology called a Jongari. Tim the Yowie man would write of it in his report:

Aborigine Sam Hill shared his thoughts with us. "They used to be everywhere and live beside us as a smaller race of people," said Sam, referring to his theory that the bear could be a Jongari, a small, hairy creature from Aboriginal mythology. "Years ago they would play with the kids. My friend once saw one and thought it was a monkey because it was so hairy," he said. national park. Sam described the Jongari as, "Just over a metre tall with a man-like torso, long ape-like limbs and smelly.

After snooping around and interviewing several alleged witnesses of the bear, Tim the Yowie man came away skeptical. He was so skeptical, in fact, that he put up a $10,000 reward for the capture of the Gayndah bear despite the fact that he did not have the means to pay it if someone did. He believes it is a tall tale thought up to draw attention to the normally overlooked, nondescript town and bring tourists in, and he would give his final thoughts on the matter:

I was far from convinced. So much so that even before checking the reports first-hand, I issued a $10,000 reward for the live capture of a grizzly bear in the Gayndah region. Although I didn't exactly have $10,000 lying around, I was prepared to take a loan because a grizzly living in the Aussie bush would be one of the most significant discoveries possible for a crypto-naturalist. With all the experience in North America I'd chalked up over the previous three years, there was no way, absolutely no way, that a grizzly could survive in the harsh Aussie bush for such a long time. Among the many calls I received that day, one was from Peter Huth, the Mayor of Gayndah, who invited me to come up to Queensland and help solve the mystery of the Gayndah Bear.

I still haven't had to part with $10,000. If you wanted to pick out a crypto-naturalist case for a textbook, this would be it. It has all the ingredients of the typical crypto-naturalist mystery: small country town, credible eyewitnesses, local paper runs story, person puts out reward and other media pick up on it. Town is split, more and more reports come out, no evidence is found for a few weeks, until someone takes a dodgy fuzzy photo. By then a burgeoning industry has commenced as a result of the media coverage, and the town is left with a myth -- a lasting calling card . . . a legend that can be passed down to future generations. 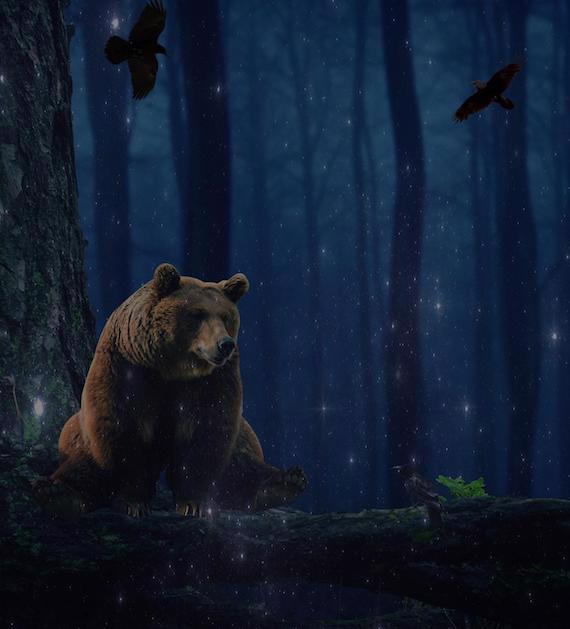 Indeed, the town started selling Gayndah bear merchandise not long after the reports began hitting headlines. The mayor of the town, Peter Housse, believes that, while it may seem far-fetched to have a bear in the wilds of Australia and that skepticism is warranted, he still thinks that there could be something to it all. He has explained in an interview for The World Today :

It's funny, I mean it really has attracted interest from I guess all over Australia and also I've just been telephoned from London, BBC in London, and Wendy Parker looking for an interview, and they've heard about the Gayndah bear as well. I guess the thing that sort of makes it okay, it's alright and it's all a bit of fun, but the thing that I guess adds a little bit of credibility is that the people that have seen it are very respected members of our community. I mean they're very shy people, they do their own thing and they work on their farms, and their properties, and they've seen something, they've definitely seen something and I guess it adds a lot of weight and some credibility to the story.

Whatever it was seems to have gone on its way, because there have been no sightings since 2000 and we are forced to wonder. What was this crwature? Was it some undiscovered species? Could it have been an escaped bear from a zoo or someone's wayward exotic pet? Was it perhaps not a bear at all, but Australia's very own Bigfoot, the legendary Yowie? Or was it just tall tales, a hoax, or a marketing stunt to bring tourists in? The answers are unclear, and it is a pretty strange and obscure case in the files of Australian cryptozoology.

Mysteries of the Mind and the Bizarre Case of Ansel Bourne