There has long been the question of whether there are truly higher powers looking over us and whether miracles really exist. Are we afloat on a sea of chaos and indifference, or is there some guiding light that sometimes reaches down to help us through our darkest times? This is a question that has been pondered and debated for centuries, and there are numerous tales that show that perhaps we are not always alone. One such case comes to us from the wilds of Wisconsin, where a series of miraculous events played out and divine forces perhaps averted catastrophe.

The story here begins in early October of 1859, in the U.S. state of Wisconsin, where there lived a 24-year-old Adele Brisse, a young peasant woman who had immigrated to the area with her parents from Belgium. They lived on a remote farm northwest of the Wisconsin village of Luxembourg, in the Green Bay area, a quiet place where not much ever really happened, but in that month Adele began telling her parish priest that she had met a woman dressed in a dazzling white dress, a yellow sash, and a crown of stars around her head while out on a walk through the surrounding woodland. According to Adele, this woman was bathed in a white illumination, and a nun would later describe of Adele’s encounter:

There appeared between two trees, one a maple and the other a hemlock, which stood for years after, a blinding white light which paralyzed the poor girl with fear. She cowered before it and prayed rapidly and breathlessly as the light took definite form, and between the trees stood a marvelously beautiful lady, clothed entirely in dazzling white garments, with no touch of color save a wide yellow sash or girdle. Her hair was auburn; her eyes deep and dark and she bore a radiant and kindly smile. Adele trembled with fear. The vision faded gradually away.

At the time, Adele did not know who this mysterious woman was or what it meant, and so the priest told her to ask her the next time she saw her. When she came across the woman again, she allegedly asked who she was and the woman replied, “I am the Queen of Heaven, who prays for the conversion of sinners, and I wish you to do the same.” When Adele told the priest of this, he was astounded because this was obviously the Virgin Mary who had appeared there on American soil to this simple illiterate farm girl. She also told that the woman had commanded her to start a religious school for the area's children. When her father heard of this miraculous vision, he had a small chapel built at the site of where his daughter had met the Virgin Mary, and in 1861 a larger chapel was built, bearing the inscription "Notre Dame de bon Secours, priez pour nous," which means "Our Lady of Good Help, pray for us.” This would become the Shrine of Our Lady of Good Help, and a school would be built right next to it in the following years. A whole community began to spring up around the church, and the chapel became known for various miraculous healings of the sick and crippled, but the most spectacular of these was yet to come. 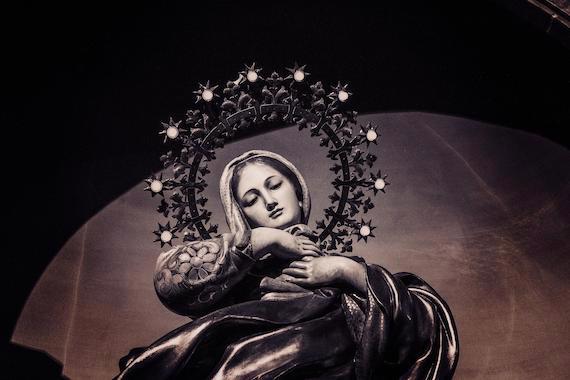 The miracles that were to come were born of devastation. On October 8, 1871, a series of fires broke out in the wilds of northeastern Wisconsin that were driven by high winds to rapidly expand and convege into a massive, swirling firestorm that ravenously devoured everything in its wake. Over the next two days what is now called the Peshtigo Fire would wipe out entire towns over an area of 2400 square miles, consume about 1.3 million acres of woodland, and kill an estimated 2,500 people, making it the deadliest wildfire in recorded history. In the town of Peshtigo, which was the largest town in the area and from which the fire got its name, a Fr. Peter Pernin, a Canadian missionary priest serving as pastor at St. Mary’s Church and several parishes in the region, was in his church on the day it happened, and said of what he saw as the conflagration closed in to engulf his church:

I chanced to look either to the right or left, before me or upwards, I saw nothing by flames … I saw nothing but immense volumes of flames covering the firmament, rolling one over the other with stormy violence.

As he ran from the incinerating blaze, Pernin desperately loaded the sacred tabernacle onto a cart and pushed it along through the inferno and towards the river. It turned out to be impossible to go any further with it, so he pushed the tabernacle into the river and sent it on its way, hoping for the best. Amazingly, the tabernacle would be found two days later perched upon a log down the river, completely intact and dry despite the fact that everything around it was charred from the flames. The contents of the tabernacle were intact and dry as well, with even the silky tissue lining the sides of it in perfect condition. It was considered to be a minor miracle but an even more spectacular miracle was going on not far away at the Shrine of Our Lady of Good Help, where Adele Brise and her companions at the chapel were trying to figure out what to do. 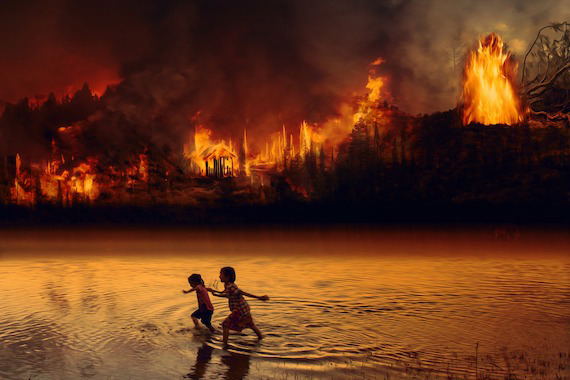 The fire around Adele’s chapel had completely surrounded them and was so intense that it was deemed impossible to leave. Instead, she chose to stay and help the many people fleeing the flames to take refuge there. Turning to the power of God, Adele and several others took up the statue of Mary and bore it in a procession around the chapel grounds even as the fire snapped at them not far away, praying to the Blessed Mother to hold back the fire and circling the chapel over and over. That was when something truly mysterious happened. The unstoppable wall of fire outside stopped closing in right outside the white picket fence and never breached the property. According to eyewitness accounts the flames even seemed to be blown the opposite direction or to arch around buildings, and at dawn clouds suddenly rolled into the area to unleash rain that ultimately extinguished the fire. In the morning the fire had been vanquished to leave a scorched wasteland around them, but the chapel, school, and a tiny 5-acre area consecrated to the Blessed Virgin was completely intact. Everyone and everything inside the fence were alive, uninjured and undamaged, and even the humble picket fence itself, although slightly charred, was still standing amongst the utter devastation of it all, and Father Pernin would later describe it all as “an emerald island amid a sea of ashes.” He would stop short of declaring it a miracle, but still asserted that the Blessed Mary had watched over that place and protected them from the fire. He would later write in his memoir:

I have no intention either of passing judgment on the apparition of the Blessed Virgin and the pious pilgrimages which have resulted from it. Ecclesiastical authority has not yet spoken on the subject; it silently allows the good work to advance, awaiting perhaps some proof more striking and irrefutable before pronouncing its fiat. Far from me be the thought of forestalling ecclesiastical judgment. I have but another word to add. If it lay within the power of any of my readers to proceed to the spot and visit this humble place of pilgrimage, as yet in its infancy, and the only one, I believe, of its nature in the United States, I earnestly counsel them to go. There, they can see and question Adele Brise, who, without having sought it, is the soul and heroine of a good work, progressing with rapid strides from day to day; and I feel assured that, like myself, all those who have gone thither with an upright intention, they will return edified and happy at heart, if not convinced, of the reality of Our Lady's apparition. 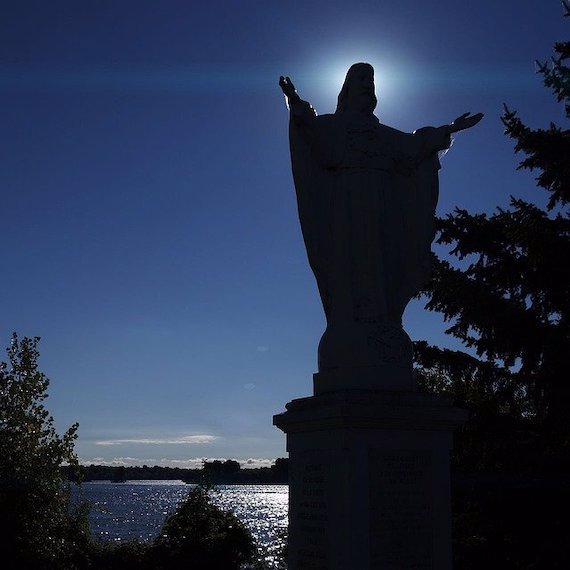 On December 8th 2010, during the feast of the Immaculate Conception, the vision of Mary experienced by Adele would be officially recognized by the Catholic Church after a 2-year intensive investigation, making it the only such approved Marian apparition on American soil in United States history. Bishop David Ricken of the Diocese of Green Bay would say of it:

I declare with moral certainty and in accord with the norms of the Church that the events in October of 1859, do exhibit the substance of supernatural character, and I do hereby approve these apparitions as worthy of belief by the Christian faithful.

Adele would die in 1896, but the chapel and school are still there, now known as Our Lady of Good Help, in New Franken, Wisconsin. In 2016 the U.S. Bishops designated The Shrine of Our Lady of Good Help, which is the location of the apparitions, a National Shrine. The chapel is still a popular pilgrimage for many of the faithful, and it is a particularly popular destination each August 15th, on the Catholic holiday known as the Feast of the Assumption. As for the tabernacle saved by Father Perin, it can be seen at the Peshtigo Fire Museum, and is another popular sightseeing destination for pilgrims. What happened here and was there any miracle to it or was it all coincidence mixed with urban legend? Whatever the case may be, the area remains a very important religious place, and its legacy lives on.