In August of 1934, 21-year-old Olga Mauger seemed to have things going pretty well for her. She had just married wealthy Wyoming oil magnate Carl Mauger after a two-week whirlwind romance and the two were madly in love. They also had an upcoming elk hunting trip in the scenic wilderness near Dubois, Wyoming that they saw as a romantic honeymoon. It seemed as if she had her whole future ahead of her, but she was about to become the center of one of Wyoming’s oldest and strangest unsolved mysteries.

The couple made their way to a place called Floyd Stalnacker camp, at Togwotee Pass up in the remote mountains just six days after their wedding, and at first the trip was everything they had hoped it would be. On September 17, 1934, the sixth day of their trip, the couple headed out into the wilderness on a scout expedition for elk. At some point during their hike, Carl told his wife he wanted to go up a small ridge not too far away, but Olga said that she was tired and wanted to take a rest. It was a bit strange because Olga was an avid hunter, athletic and in incredible shape, to the point that it was usually Carl trying to keep up with her, but at the time he didn’t think much of it and continued up the ridge as she sat down on a rock to rest. Little did he know that this would be the last time he would ever see her again.

When Carl returned to the same spot 20 minutes later his wife was nowhere to be seen. A quick search around the area turned up nothing else, and his calls out to her remained unanswered. Not long after this, authorities were summoned and they would launch a massive search involving an aircraft and over 300 people, bloodhounds, and even 20 Native American trackers, but they could find no trace of her, the dogs brought in could not find a scent trail, there was nothing. The only thing they managed to turn up was an empty paper sack in which there had been three sandwiches, but no sign of the food. How is it that she could so completely vanish within 20 minutes to the point that not even dogs and expert Native trackers could pick up her trail? No one had a clue, but as night approached and the weather got very cold, it was feared that wherever she had gone Olga, who had been lightly dressed, might not survive. 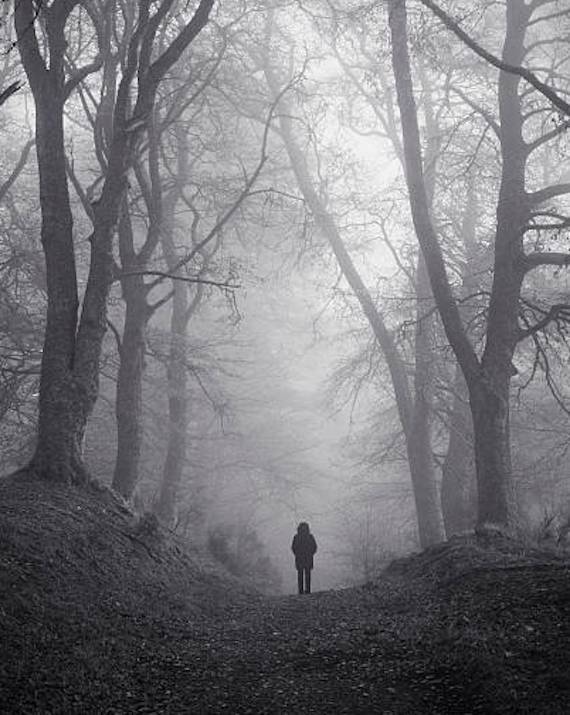 Nevertheless, the search continued on into the coming weeks and there were some clues that would show up during this time. One was that some local campers would claim to have heard a woman screaming out in the woods of a nearby canyon three days after she had gone missing, but this could not be confirmed to have been her. There was also much excitement when a set of footprints were found at a wooded area known as Turpin Meadows, about 8 miles from where Olga had gone missing. The tracks were first thought to be hers, but it would turn out that they were not. There were also some reports of seeing a woman walking along the nearby Togwotee Pass Road, but these could not be verified to have been her. The search went on into October, until a massive snowstorm hit and it was called off for good. Rather oddly, shortly after the end of the search a woman was found in Bridgeport, Nebraska who allegedly looked so much like Olga that she had to be ruled out.

At the time it was seen as a very odd disappearance for several reasons. One was that Olga had been hunting and fishing in that same area since she was a child and was every familiar with the terrain, meaning that it seems unlikely she could have gotten lost, and even if she had, why hadn’t she called out for help or answered calls out to her? Carl had allegedly been gone for only 20 minutes, so wouldn’t she be able to hear him? Also, how could she have managed to so completely elude the dogs and trackers? Why would she have wandered off from her spot on that rock in the first place? No one knew, but there were ideas.

One idea was that she had gone down to the road and either hitchhiked a ride or been kidnapped, but why would she have gone there? Another was that she had simply gotten lost and met with misfortune, but with her knowledge of the area this seemed unlikely, and again why would she have gone off into the wilderness to begin with? It could also have been a bear attack, but again, this would have made a commotion and no body or signs of an animal attack had been found. As more information came in there was also seen the possibility that she had run away to start a new life. It would turn out that her marriage was not as blissful as had been thought, when Olga’s sister claimed that the couple had been on the rocks, arguing frequently, and that Olga had been unhappy with the marriage and had regretted having the wedding so soon. In this scenario, Olga had used the elk-hunting trip as a ruse for her escape, knowing that with her outdoor survival skills no one would be able to follow her. After this, all she had to do was go to the nearby road and hitch a ride to a new life. This might help explain how she was able to evade the search party and it would also explain the oddity of her wanting her husband to continue on while she took a rest. If she had run away, then it was actually a pretty good plan. 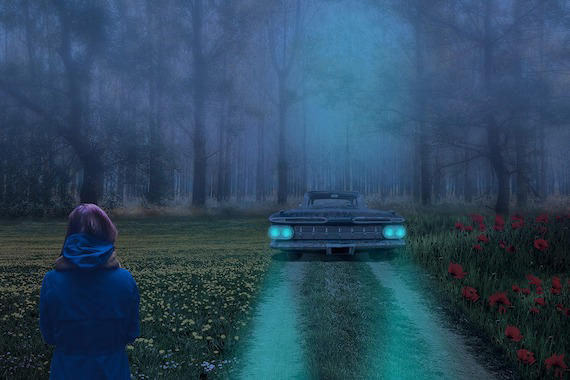 Another, more ominous possibility was that it had been foul play. It would be found that Carl had been dating a woman by the name of Ella Tchack for five or six years when he had met Olga at a dance. It had apparently been serious enough that they had been considering marriage, and Ella was reported as having been very upset about Carl running off with Olga, to the point that it was claimed she had threatened to commit suicide. Yet another witness close to her claimed that Ella and Carl had continued seeing each other after Carl’s marriage to Olga, something that Carl vehemently denied. The idea here is that Carl had perhaps murdered Olga to get out of his marriage and get back with Ella, and there were some sinister clues that supported this. One was that he would later contradict his statement that he had been gone 20 minutes, giving a different figure. Even more damning is that the Native guides made the observatiom that Carl Mauger's path away from his wife to the spot he claimed to have gone would have kept him in full view of her sitting place from the moment he left her to the moment he claimed he had returned. An excerpt from the Casper Star-Tribune says of this:

They also pointed out that, although the country is rugged, it is open and that Mauger was in full view of the place, where he claimed he left his wife until he reached a small path where he said he turned around and retraced his steps.

If this is true, then she would have never been out of his line of sight at all. It seems pretty ominous, but without any real evidence of wrongdoing there was nothing to go on and Carl Mauger was never pursued as a suspect. In a curious aside, he would be arrested not long after and put in jail after being mistaken for a wanted criminal who just happened to be his doppelganger and had the name Carl Mager. Weird. Also rather odd, or to be expected, depending on your stance, Carl would later remarry, this time with Ella, the one he had been dating when he married Olga. Coincidence or not? We are left to ask ourselves what happened to Olga? Was this a tragic accident or foul play? Where did she go that day and what became of her? Considering it is one of Wisconsin's oldest cold cases and there have been no new clues in decades, we will probably never know for sure.