A Haunted Demon Mansion in China

There are places in this world that have transcended the ordinary to become locations wreathed in legend and mystery. Many such places seem to be haunted, drawing to themselves tales of weird forces beyond our understanding and paranormal phenomena, making us wonder why such places should be such magnets for these things. One such place lies in the thrumming megopolis of Shanghai, China, and it is not only a place of deep history, but one said to be infested with paranormal, possibly demonic forces.

In 1915, two migrant workers by the names of Qiu Xingshan and Qiu Weiqing came to Shanghai with big dreams. The two were dirt poor when they arrived in the bustling city and went to work for a German businessman, where their luck would change. When most Germans fled China when World War I broke out, the Qiu brothers received most of the the businessman’s assets, and used this to start their own business selling dye and paint. At the time, dye was in big demand, with prices rising rapidly thanks to the closure of the ports because of the war, and so practically overnight the two brothers went from rags to riches, becoming multi-millionaires.

In addition to their fabulous riches, the Qiu brothers became notorious for their lavish, decadent lifestyle, spending money freely and throwing frequent wild parties that drew in the rich and famous of Shanghai. They also built a huge mansion complex consisting of two identical extravagant palace-like buildings, the East Block and the West Block, one for each of the brothers, which covered two full city blocks and was considered to be one of the most opulent residences in the city at the time. Surrounding the mansion complex was a sprawling, ornate garden featuring vast flower gardens, a manmade lake, and hand carved statues. This walled garden was particularly famous for the menagerie of exotic animals the brothers owned. Tigers, peacocks, crocodiles, and various other exotic animals roamed freely here through the trees and in the lake, and it is said that the brothers would release hundreds or even thousands of pigeons every day at noon, to the point that they blocked out the sun.

The Qiu brothers and their enormous, majestic mansion complex with its exotic garden and animals were the talk of the town for years. They hosted society’s elite and had a major influence on business operations within the city, their reputation catapulting them to a legendary status. It seemed as if they had everything they could ever want, all the wealth, fame and clout anyone could ask for, but then one day the two Qiu brothers just disappeared. It was seen as very odd that two wealthy and well-respected men as the Qiu brothers should just pick up and leave everything behind, but that is exactly what happened. They left their business, their mansion, all of their money and possessions, all of its exotic animals left to fend for themselves, with no warning and no note to explain their actions. A police search and investigation would not find a trace of them and it was as if they had just vanished into thin air. It was considered that they may have been the victims of foul play, as men with their position and power were bound to have enemies, but no one had a clue and they never did return.

The Qiu mansion was left to rot, becoming a weed-choked feral shell of its former glory, the garden became an overgrown jungle, and the animals were either sold, killed, or eaten by a hungry populace being hit with poverty and famine at the time. After the outbreak of WWII, the complex would be used by Minli Middle School after their campus had been destroyed, after which it operated as the school and its administrative offices from 1940 to 2002. In 2002, Chinese real estate development and investment conglomerate HKR International acquired the land the site sits on and one of the mansions was physically moved to a nearby location so that a new foundation could be built for it, while another of the mansions was demolished in order to develop the land for high rise buildings as part a mixed use development on West Nanjing Road called the HKRI Taikoo Hui. The remaining mansion was renovated for years, after which it was renamed to Cha House, in memory of Cha Chi Ming, the founder of HKRI, and has a reputation as an important historical building. It also has a reputation for being incredibly haunted.

The haunting of the Qiu mansion seems to have started during its extensive renovations in 2009. It apparently started fairly innocuously, with construction workers having equipment or tools mysteriously misplaced or having them disappear altogether. This graduated to various freak mishaps and accidents that halted construction on several occasions. At first it was mostly harmless, and could have just been written off as bad luck, but then workers started to tell of seeing ghostly animals and shadow figures roaming the grounds. On several occasions workers at the mansion were admitted to the hospital with what were described as “animal bites,” despite the fact that there were no animals to be found at the site, certainly none that could have caused the mauling these men had received. 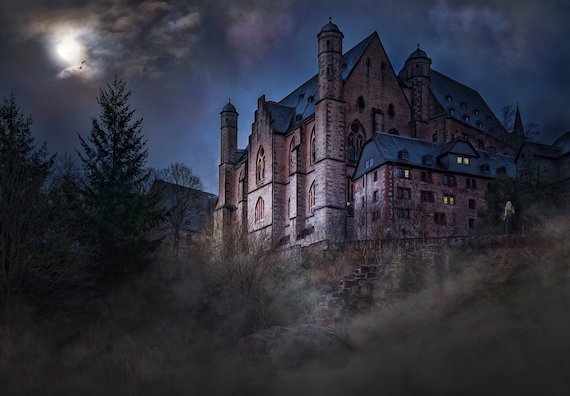 When asked about the mysterious attacks, different stories were given. Some of the workers described having been attacked by a spectral tiger, but others spoke of demonic lizard-like creatures roaming the grounds, and others still were too terrified by what they had seen to even talk about it. Even more bizarrely is that some of the workers began exhibiting strange behavior such as going into trances, weeping or crying, or conversely flying into inexplicable rages. One story from the site tells of a worker who allegedly one day stood up, walked up to his boss, and brutally attacked him with a hammer. When he was finally restrained and calmed down, he explained that a “lizard man” had been in control of his body during the assault. There were apparently several such attacks, and if rumors are to be believed there were even a few deaths involved in both these human attacks and from the mysterious phantom bites.

It wasn’t only workers at the construction site who were seeing strange things at the mansion. Workers at the adjacent Four Seasons Hotel also reported seeing spectral animals and bizarre shadowy humanoid figures or reptilian humanoids. One elderly witness who lived practically right next to the site would even claim that she had seen “a dragon” climbing around on one of the construction cranes as well as wandering about the mansion’s garden. The strange paranormal activity seemed to wane somewhat when the relocation and renovation was completed in 2017, but it still persists to this day. There have been visitors to the mansion and even staff from the neighboring hotel who have reported ghostly animals on the grounds or in the hotel itself, and some of the hotel’s night guards have even received hospital treatment for mysterious animal bites that no one can explain. Add in reports of orbs of light and the apparitions of construction workers seen on the ground or in the building itself, and the house has earned a reputation as one of the most haunted places in Shanghai. Why should this be? What could be causing these paranormal phenomena? It was never haunted when it was occupied, so was it because the place was moved? Is it some sort of magnet for spiritual, maybe even demonic forces? Or is it all just a spooky urban legend? It is hard to say, and many in Shanghai still regard it as a place to steer clear of. 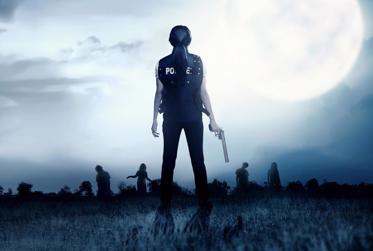