A Strange Case of a Serial UFO Abductee and Alien Hybrids

One of the stranger areas of ufology is that of what are called abductees, those who have been whisked away and kidnapped by mysterious alien entities. Even weirder than this is the corner of the phenomenon that deals with the idea that these beings are here to create alien-human hybrids for reasons we will never understand. This area is considered to be especially fringe, even within the field, but it is persistent. Then there are those cases that merge both, and one of these is the surreal and completely bizarre case of a woman who was drawn into a world of aliens, UFOs, and hybrids.

American historian and retired Associate Professor of History at Temple University David Michael Jacobs is well respected as an expert in 20th-century American history, but he is perhaps more well-known for his high profile work in the area of ufology. Much to the chagrin of his academic peers, Jacobs has long been focused on the use of hypnosis on subjects claiming to be alien abductees and on the alien abduction phenomenon in general, and he is a proponent of the idea that alien hybrids are living among us. He has lectured on the topic frequently, appearing on numerous television and radio shows, and he has written five books on the topic of UFOs and alleged alien abductions. One of these books is titled Secret Life; Firsthand, Documented Accounts of UFO Abductions, (1992), and within its pages is one case that stands out as particularly bizarre.

One of Jacobs’ subjects was a young woman by the name of Janet Demerest, who had long been plagued by nightmares of otherworldly entities and was convinced that she had had encounters with such beings from a young age, although she couldn't remember precisely what had happened to her. It was suggested she be put through a process of hypnotic regression, and this would turn up quite the bizarre tale. It would appear that her experiences started one day when she was just 9 years old, when one day she was out playing with some friends near her home. At some point her friends were gathered around looking at something on the ground and Janet wandered off, but when she looked back she noticed a diminutive little man standing nearby that “did not look like a person,” not human, although she was hazy on his exact appearance. Her friends did not seem to notice this mysterious stranger, and Janet was suddenly overcome with a compulsion to go to him and follow him. 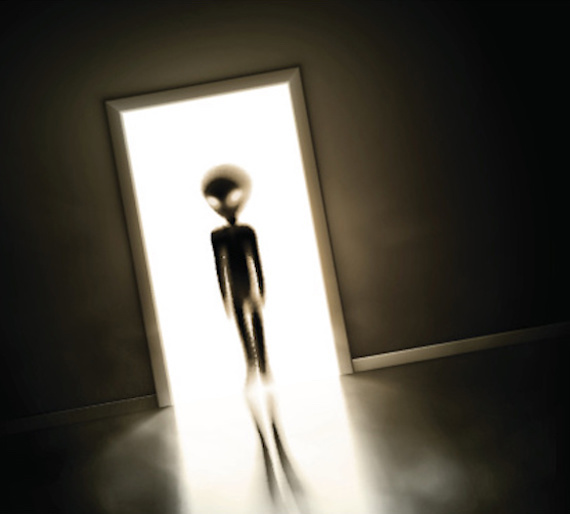 Janet approached the stranger, and without even gesturing he turned and started walking, as if he had been waiting for her to come to him and follow him. Together they walked off into the woods, and at this point Janet felt inexplicably at peace and comfortable enough to even hold the stranger’s hand as they walked. They soon came to a clearing where she said there sat a large UFO, although again she could not recall its exact appearance. The little humanoid entity then led her up a ramp into the object. She claimed that the being led her to what looked like a warehouse, and in this warehouse there was a human woman and a “strange-looking young girl” on a cot-like bed. Janet would say that the girl “did not look real” and that she looked “like a shadow,” thin, wraith-like, and with dark grey, almost black skin, and that she had disproportionately long arms, and long, slender fingers. The girl, who she guessed would have been about the same age as her at the time, was described as having a bald head, oversized eyes, a small nose, no chin, and a lipless mouth. In fact, although the humanoid who had brought her there told her it was a girl, she actually looked androgynous to Janet. They approached this odd girl and Janet asked her if she wanted to play, to which she responded that she didn’t know and that she should just sit down with her. Janet found herself complying without even realizing she was doing it, and that’s when she noticed that she was unable to pull her eyes away from those of the little girl, and that this girl was exerting some sort of mind control over her.

The two girls just sat there for a while looking into each other’s’ eyes before the strange girl suddenly stood up and announced that it was time to go, with Janet mirroring her movements as she stood as if tied to her somehow. Throughout all of this the girl’s mother was completely silent and seemed to be in some sort of trance or daze. The girl then hugged Janet, and she could tell that there was no discernible bone structure under her skin. At this point Janet was convinced that this was some sort of alien hybrid. The next thing she remembered was leaving the UFO and that she had been gone for about an hour, and her friends were still sitting in that circle, unmoving, as if frozen in time. When Janet walked up, they seemed to “switch on” again and asked where she had been. Unable to really express what had happened, she merely told them that she had wandered off to explore.

Janet had other memories of contact with these entities, although her memories were jumbled and she did not know the exact chronological order. All she knew was that they came much later in her adult life. In one incident, she remembered being in a sterile room aboard a UFO, and there had been a humanoid very much like the man from when she was 9, standing there with a long metal object that looked like a needle. The being then inserted it into her vagina and a small spherical object went into her. It was painless, but she was terrified at the time, to the point that Jacobs almost ended the session because she was screaming. After the needle insertion, another alien, this one a female, helped her up. At this point Janet, who had never wanted children before, suddenly felt overwhelmed with a motherly desire to have a child. She would later find out that she was pregnant, and knowing where the fetus came from she went to the doctor to get an abortion. However, no fetus could be found, baffling the doctor because she had definitely pregnant according to his previous tests and there had been a fetus there. Where did it go? Did the aliens take it? Who knows? 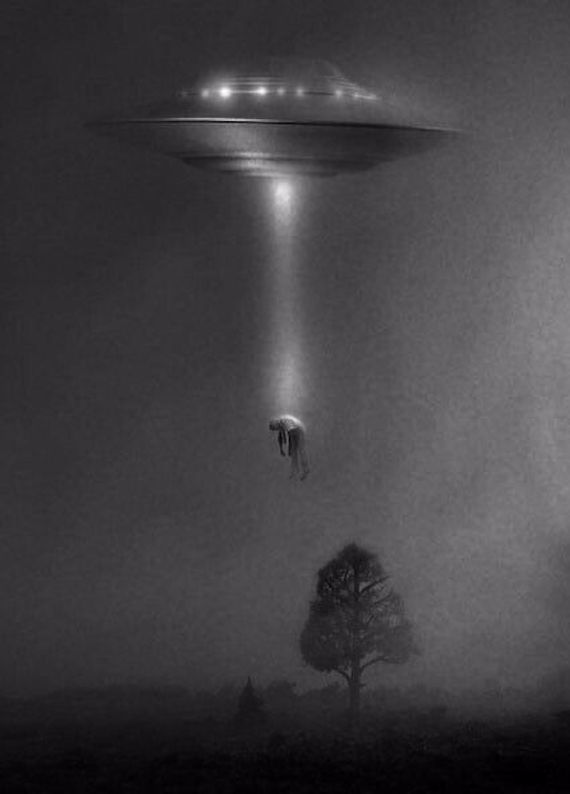 Her memories would jump ahead to her having a daughter named Hillary, although this was a child she had had with an actual human man. She would claim under hypnosis that her daughter too was targeted for abductions, despite the fact that they slept in the same bed. On one such occasion she claimed that a device “like a laundry basket” had appeared hovering over the bed, as well as a short, grey being standing by the side of the bed. Janet’s daughter and the entity had then vanished into thin air along with the basket. The basket thing then reappeared and disappeared, and each time Hillary reappeared when it did. Hillary then reappeared for good, and although she didn’t remember what had happened she complained of strange pains in her arm and that her stomach hurt. On a physical examination, Hillary’s genitals were found to be swollen and leaking a clear fluid and there was a brown substance on her thighs, much to Janet’s horror. When Janet went to wipe it off, the liquid then just evaporated and disappeared. There were only a few dry flakes left, which Janet put into a jar and then into the freezer, but they disappeared as well. About a month later the same thing happened again, and again Janet took a sample but it once again vanished.

To prevent further abductions, Janet tried sleeping with a bright lamp in the room, and that seemed to do the trick because the entities made no appearance. However, when she forgot to turn it on it stared once more. In one incident she remembered being on a table held down by two of the beings while a third performed some kind of undescribed gynecological procedure on her. After this incident she described having severe neck and shoulder pain for 24 hours. Janet would claim that not only her daughter, but also her sister had had many similar experiences. All of these memories were disjointed and indistinct, and she had no memory of them when she was not under hypnosis, just vague nightmares that only hinted at the horrors she had faced. When the hypnosis sessions ended, she went on with her life oblivious to what had happened to her.

What happened to this poor woman? Who was the strange girl she had met and what became of her own fetus apparently placed there by aliens? Is this all indicative of a plot to create human-alien hybrids or is it all the ramblings of a disturbed individual. Jacobs thought she was very reliable and trustworthy, but who knows how much stock to put into that. Whatever the case may be, it is all a damn strange alien abduction case, and a peek into the utter strangeness that is aliens experimenting with humans to create weird hybrids.