Even those who are not well-versed in the Hebrew bible or Old Testament stories should have heard the one about Moses leading the Israelites out of Egypt. That is why it may come as a surprise to hear the latest news out of Israel, where construction workers cracked open what turned out to be burial cave filled with items dating back the 13th century BCE reign of Ramesses II – the very same pharaoh most biblical scholars have identified as the one in charge or Egypt when Moses and the Israelites left. What is this unusual tomb doing near Tel Aviv? And why do archeologists say exploring this tomb is like being in a real-life Indiana Jones movie? Was it filled with snakes?

“When I saw the objects in the cave at Palmahim beach, my eyes immediately sparkled, a discovery like this only happens once in a lifetime. And finding intact objects, which have never been touched since their first use, is incredible.”

In a press release, archeologist David Gelman, a member of the Antiquities of Israel (AAI), describes his excitement when he was called in on September 14th to investigate what excavators hit while digging in the Playa de Palmahim National Park. About an hour drive south of Tel Aviv-Yaho, the park is one of the last remaining natural Mediterranean seashores in Israel – it is home to a number of native plants and animals, including the endangered sea turtle. Historically, it is the location of the ancient port city of Yavne-Yam, which was occupied from the Middle and Late Bronze Age (second millennium BCE) through the Persian, Hellenistic, Roman and Crusader periods, until it was mysteriously abandoned in the 12th century CE. The site was first excavated during the mid-1960s, but the historical and natural area is in the process of being urbanized, which is why a construction crew was digging there. Upon hitting something solid, the crew contacted the Antiquities of Israel, which sent Gelman and a team of archeologists to see what they discovered. What they found caused another AAI archeologist, Uzi Rothschild, to exclaim in a video: “Simply amazing. Wow, wow. There are jars inside the jars! Wow!” David Gelman was a little calmer but still excited:

"Burial caves are rare as it is, and finding one that hasn't been touched since it was first used 3,300 years ago is something you rarely ever find. It feels like something out of an Indiana Jones movie: just going into the ground and everything is just laying there as it was initially -– intact pottery vessels, weapons, vessels made out of bronze, burials just as they were."

The construction workers had broken through the ceiling of a previously unknown burial cave. On the floor, just eight feet below, were artifacts and remains that had not been disturbed for more than 3,300 years. In the cave were dozens of pottery vessels, including both deep and shallow bowls -- some appeared to be for cooking and contained bones. (Photos here.) The archeologists also saw jugs and clay oil lamps that still held burnt wicks. IAA Bronze Age expert Eli Yannai -- the archeologist who said of the cave, “It’s not every day that you walk onto an Indiana Jones set” – theorizes that the pottery vessels were of the kind imported from Lebanon, Syria and Cyprus to be used for burial rituals 3,300 years ago in the area. The cave was confirmed to be a burial tomb with the discovery of a skeleton in one of two rectangular plots in the corner of the cave.

Yannai points out that they could see a quiver that held arrows made with bronze arrowheads or spearheads that were found in the cave. That would put this cave as a burial ground for someone of a high rank. All of the artifacts and the remains taken together connect the cave to the 13th century BCE or the late Bronze Age, which coincides with the reign of Rameses II – the pharaoh most likely to be the one in the biblical exodus story. The Times of Israel points out that there is no direct evidence of Ramesses II ever having been in Israel – either pre- or post-exodus – but a stele (engraved stone slab) discovered in 1896 which refers to the victory over the Canaanites by Ramesses II’s son, Merneptah, is considered the earliest textual reference to “Israel” found outside the Holy Land.

“In this period, in the long reign of the Nineteenth Egyptian Dynasty Pharaoh Ramesses II, the Egyptian Empire controlled Canaan, and the Egyptian administration provided secure conditions for extensive international trade. These economic and social processes are reflected in the burial cave that contains pottery vessels imported from Cyprus and from Ugarit on the northern Syrian coast, as well as from nearby coastal towns, including Yafo (Jaffa), Ashdod, Ashkelon, Gaza and Tel Ajjul, clearly showing that the population of Yavneh-Yam (Palmahim Beach), played an integral part in the lively trading activity that took place along the coast.”

That trading was so important that a warrior or guard on one of the ships was given this elaborated cave tomb. The best part it, according to Yannai, it has been sealed, unlooted and undisturbed for 3,500 years, making it a time capsule of the era – containing not only artifacts but human remains and organic materials from an ancient burial ritual which can give the archeologists an excellent view of life and death in Israel during the time of Ramesses II. 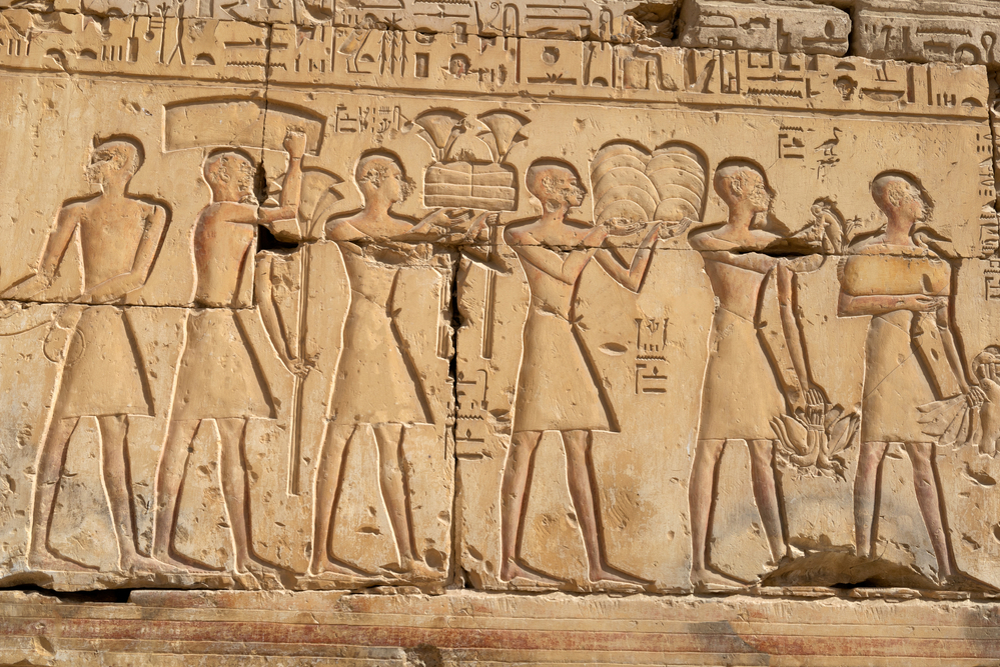 Sadly, before the team could reseal the cave, IAA head Eli Eskozido reported they received a sign of our current times:

“Shortly before the cave was sealed, and despite guarding it, a number of archaeological items were stolen from the cave, and the matter is under investigation.”

The cave is now sealed and its location a heavily guarded secret until the IAA can plan a full excavation of the site.

This is why we can’t have nice ancient things.

The Giant Yeti Footprints found by the Indian Army: Clues Lead to Monsters of Indian Legends!