The news that the U.S. Department of Defense acknowledged that U.S. Navy pilots and ship personnel have encountered unidentified aerial phenomena that cannot be linked to a human source continues to shock and awe Congress, the media and the general public. Perhaps no videos or accounts are quite as unbelievable as those relating to transmedium objects – UAPs that appear to fly low above the water at hypersonic speeds, then suddenly enter the water without breaking apart … a feat said to be impossible at those speeds for any known human-made aircraft. Or is it? The South China Morning Post and other Asian media sources are reporting that the Chinese military is developing – and may already be testing – a boron-powered hypersonic missile that can fly above the water and then dive underneath it and continue its mission as a high-speed torpedo. Is this the transmedium UAP that U.S. pilots are encountering? Or are they seeing a U.S. miliary version of one being tested on our own military?

“China is developing a supersonic anti-ship missile that will be able to travel further and faster than any traditional torpedo, according to researchers involved in the project. The 5 metre (16.4 feet) missile will be able to cruise at 2.5 times the speed of sound at about 10,000 metres (32,800 feet) – the same altitude as a commercial airliner – for 200km (124 miles) before diving and skimming across the waves for up to 20km (12.4 miles).”

That description from The South China Morning Post is of what appears to be China’s latest entry in the race to build ever-faster hypersonic missile systems. This new model, being developed (according to Eurasian Times) by a team of rocket scientists from the college of aerospace science and engineering at the National University of Defense Technology in Changsha, initially performs like other known hypersonic missiles – cruising faster than the speed of sound at both high altitudes and then close to the surface of the water. That is when this missile takes a quantum leap into the next generation of hypersonic crafts.

“Once it is within about 10km of its target, the missile will go into torpedo mode, travelling underwater at up to 100 metres per second (200 knots) using supercavitation – the formation of a giant air bubble around it which significantly reduces drag, according to the researchers.”

Supercavitation involves surrounding the nose (and potentially the entire length) of a torpedo or the front of a propeller with vapor bubbles to reduce skin friction drag from the surrounding water. The technique was developed by the Russian Navy in the early 1960s for its VA-111 Shkval supercavitation torpedo, which used rocket propulsion to exceed the speed of conventional torpedoes by at least a factor of five. In 1994, the United States Navy used the technology for the Rapid Airborne Mine Clearance System (RAMICS), a sea mine clearance system which expanded the supercavitating projectile capability to both air and water. Both the U.S. Navy and the Chinese Navy are know to be developing supercaptivating submarines. However, this is the first known usage for a missile that travels in both the air and underwater.

But wait … there is more.

“The researchers further claimed that the projectile could also alter its course at will or crash-dive down to a depth of 100 kilometers to dodge underwater defense systems without losing momentum.”

“Without losing momentum.” That sounds an awful lot like the transmedium UAPs which left U.S. Navy pilots from the USS Omaha awestruck when they witnessed them off the coast of San Diego in 2019 … the same transmedium UAPs the Pentagon made a point of mentioning in the stated goals of its new UAP investigation department. That would imply that the U.S. military does not yet have this capability – a capability the Chinese military is now touting.

“Lead scientist Li Pengfei and his team said that no existing ship defense system could handle a fast “cross-media” attack. “This can greatly improve the missile’s penetration capability,” they said.”

“Cross-media” is another term for transmedium. Why does the Pentagon not have this capability on its hypersonic missiles? Or on flying torpedoes or some other craft? What is the Chinese secret?

“This light element reacts strongly when exposed to air and water and produces a lot of heat. Most boron-based engines operate only in air. But Li's team says they have developed a boron-based ramjet engine that can work underwater. This engine has unique components that allow boron combustion to be optimal in different environments. The researchers say that the biggest change in their engine is in the fuel channels.” (Google translation)

Digiato.com reports that a research team led by Li Pengfei has doubled the amount of boron in air-breathing engine fuel (normally only 30 percent) and explains it in highly technical terms in the current edition of the peer-reviewed Journal of Solid Rocket Technology (in Chinese). Boron fuel was tested by the U.S. Air Force in the 1950s but deemed to be too unstable for powering supersonic bombers. The Bangkok Post reports that a study by NASA and the U.S. Navy last year determined that nanotubes made using boron nitride (boron and nitrogen) could potentially power hypersonic missiles at speeds about 4,000 miles per hour (6,4000 kph) or about five times the speed of sound. That is faster than the Chinese missile’s 2.5 times the speed of sound – but the U.S. version is not known to exist while the Chinese boron missile is in development, possibly being tested and is transmedium. How do they do it?

"The cross-media ramjet uses a fuel-rich solid propellant, which burns with the external air or seawater entering into the ram to generate high-temperature gas and generates thrust through the nozzle. It has the high specific impulse and simple structure as an ideal power source for a cross-media anti-ship missile."

According to The Bangkok Post quoting the paper, the team is working to control the boron fuel’s volatility through new manufacturing techniques. However, that is not the biggest impediment to China winning the transmedium aircraft/watercraft race with boron fuel – the supply chain is. China imports half of its boron and its main supplier is … the U.S.. That could cause a trade war at the minimum … or a real war. 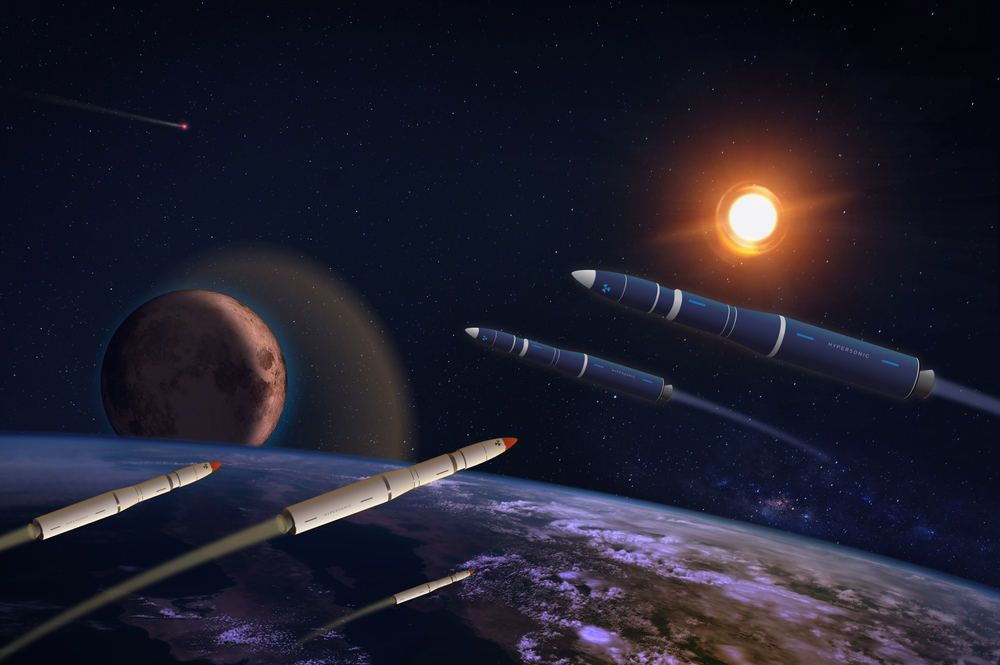 It would not be a surprise to find out that the Chinese military has already tested a hypersonic transmedium craft. It would not even be a shock that the ones reported by U.S. Navy pilots are the boron-powered crafts outed by the South China Morning Post and other Asian media sources – their identity would be embarrassing to the Pentagon – especially if the U.S. military doesn’t have a counterpart. And it would certainly not be unexpected if the Pentagon has a similar transmedium craft already developed and being tested against its own unsuspecting military – why else would no Navy ship or plane have retaliated in some manner against these UAPs?

Let’s keep an eye on these Chinese hypersonic transmedium missiles … and on the supply of boron.

The Bizarre Mysterious Deaths of Arnold Archambeau and Ruby Bruguier