Is a ‘near death experience’ life changing or death changing? Here is another question to ponder about coming back from the dead – while you are ‘dead’ and in heaven or wherever you get to reside before being drawn away from the light and back to the darkness that is life on Earth, are there any dead people you DON’T want to meet? A doctor in Nigeria may have the answers to both of those questions as reports out of that country tell of how he became very sick, died and was declared dead by doctors, spent two days in a mortuary, was placed in a casket and then – just before it was to be closed for the last time – sat up, looked around and eventually shared a near death experience that had to be heard to be believed. One more question to ponder – should he pay the bill of the doctors who declared him dead?

“All I can remember for now is that I lost my memory when I was sick, but people later gathered in my village to mourn my passing.”

Today Nigeria News and The Nation report on what appeared to many to be the death and resurrection of Godwin Ugeelu Amadu, a 59-year-old former doctor. Amadu told the media he had left the medical profession to become an evangelist. However, he turned first to his medical skills a few weeks ago when he says he suddenly became ill after many years of “excellent health.” Channeling the proverb, 'Physician, heal thyself’, Amadu tried to relieve himself of the pains in his legs and chest and subsequent leg swelling, but his healing hands failed him. Fearing he would die, one of his children rushed Amadu to the Federal Medical Centre in Keffi. Unfortunately, it appeared to be too late. 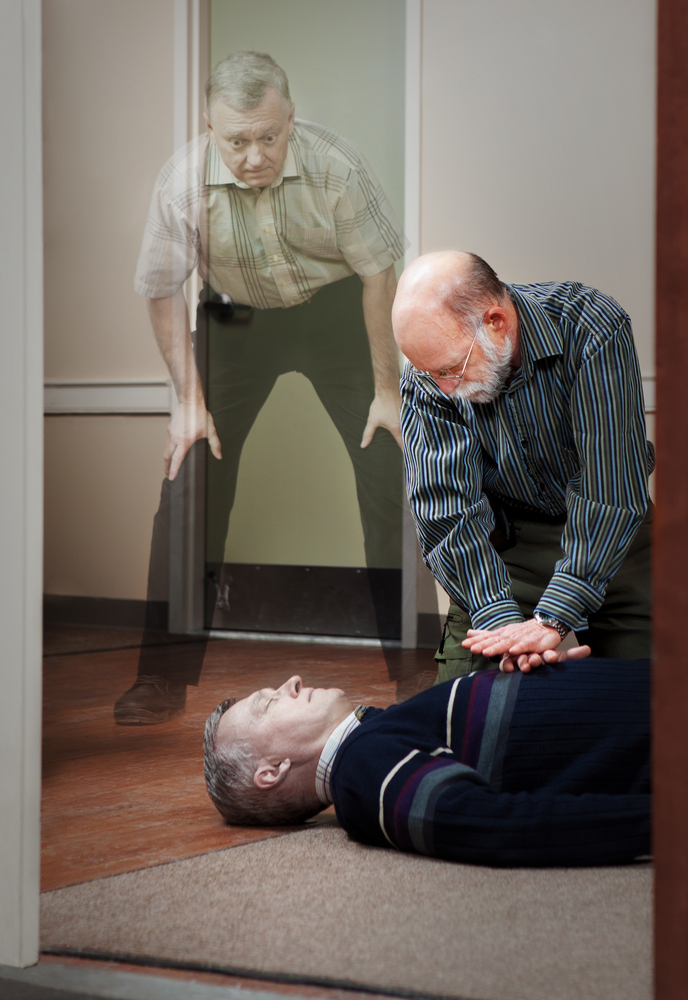 “Fifty-nine-year-old Godwin Ugeelu Amadu had been confirmed dead by doctors at a private hospital at about 6 am on September 5, 2022, following which he was covered up and wheeled into the mortuary as doctors and family members awaited the arrival of his Abuja-based eldest son, Mr. Jacob Amadu.”

Here is where the plot takes an interesting twist. The media reports that Amadu had instructed his children that he did not want to be embalmed with formalin (the liquid form of formaldehyde) and must be buried no more than three days after being declared dead. Those seeing a possible religious event brewing will recognize the significance of the “three days,” but Amadu’s family seemed anxious to move him to his final resting place so they made arrangements for his burial two days later. Young men from the village dug his grave and the family brought his body to the place where he had been treating patients himself just a short time before.

“On September 7, we brought his corpse to the village in a casket to bury him and sympathizers around the community were crying while others assembled in different locations discussing the sad event of his passing. While his body had been displayed in an open roof where he normally attended to his patients as a native doctor, the children brought the casket and put his body inside, preparatory for his burial, but he suddenly doctor rose from the casket.”

Jacob Amadu told the media that many of his friends and family ran away in fright, but he stayed and tried to communicate with his father. While he did not speak, Jacob determined the best thing to do would be to take his father to the bathroom, where he took a bath. He then ate some food. However, it took two days before he finally began to speak of his near death experience.

“All I can remember for now is that I lost my memory when I was sick, but people later gathered in my village to mourn my passing. The cloud opened up and I saw something like a giant golden satellite suspended in space. I wouldn’t know whether this is what the bible calls heaven, but there I was greeted by a 75ft tall angel who stood in front of the gate.”

Amadu said he wasn’t sure if he was in heaven, but where else would one encounter a 75-foot-tall angel? After seeming to consult with two other angels, the big one let him into what Amadu believed to be “the city of heaven.” There, he began to meet people from his life – both dead and alive.

“On entering the city, I met a childhood friend who died 22 years ago. His name was Choko Aguma. He was the one who took me round the city where everybody was committed to worshipping God.”

That sounds like a typical encounter told by many who have near death experiences – meeting a deceased friend or relative who acts as a guide. He said he looked for his parents but did not see them. That is when the guided tour took Amadu down an unusual and potentially uncomfortable path.

“While in the cool city of heaven, I saw a lot of my childhood friends, age mates and some of the girls I ‘toasted’ while growing up who died so many years ago. Some could not recognize me because I had become very old. They are all there enjoying life to the fullest. I saw Juliana, Abawa, who were my girlfriends.”

How would you feel if the first people you met in the afterlife were ex-girlfriends, ex-boyfriends, or ex-spouses? Would you wonder if you were in heaven or hell? Amadu claims the place he was at was “the city of heaven” but there was also an “other side” where his parents and others were – a place where “There, food is served free and in large quantity.” He didn’t stick around for the meal -- after learning that his children had wished he lived to be 86 “to see them become influential and responsible members of the society,” and that if he waited too long, he would be buried and “it would be very difficult for me to come back because I would lack the strength to pull out of the graveyard,” Amadu says he came back and woke up in the casket.

It sounds like the near-death experience was life-reinforcing rather than life-changing for Amadu – he says he’s committed to being an evangelist. On the other hand, it was definitely life-changing for his wife Salomi, who told the media:

“Initially, I was scared of going close to him.”

“What is most encouraging is that he prays all through since he resurrected. He is a complete man of God, though I have not started sleeping with him in the same house and he has not requested for it.”

Is her husband still thinking about those ex-girlfriends he met in “the city”? It is hard to tell from the limited amount of media coverage and no medical report whether Amadu’s story is a religious hoax or a legitimate near-death experience. And what caused the doctors to declare him dead? Was it incompetence or possibly the Lazarus syndrome? While extremely rare, the “Lazarus syndrome” refers to cases where the heart stops beating and breathing stops for an extended period that should be a sign of death, but something gets the body started again – possibly medication or a delay between the shock of defibrillation and the starting of the heart. Whatever the case, unless the temperature of the body has been lowered significantly, ten minutes is usually the limit for the Lazarus syndrome to kick in. Godwin Ugeelu Amadu was said to have been dead for two days.

What would YOU do if you got to the afterlife and were met by one or more exes? Sounds like a good reason to exercise, eat right and stay healthy … or be kind to your exes while they – and you – are still alive..