When it comes to lake monsters and cryptids, the Loch Ness monster manages to suck all of the air out of the room and monopolize the fame, fortune and media attention. That seems unfair, since there are many good lake monster myths and legends around the world that deserve some recognition when there is a sighting and even just for their historical significance to the body of water where they are believed to reside and the local culture that supports their existence. One such creature is Champ – the monster of Lake Champlain that should rightfully be fought over by the bordering states of Vermont, New York and Quebec, Canada. Fortunately for Champ, it has a dedicated proponent by the name of Katy Elizabeth who conducts long annual boat searches of Lake Champlain for the elusive monster. That dedication may have paid off recently as Elizabeth reports that her sonar picked up something that appeared to be 20 feet long ad was moving like a good lake monster should. Did Katy Elizabeth finally find Champ? Can we rub it in the nose of Nessie? 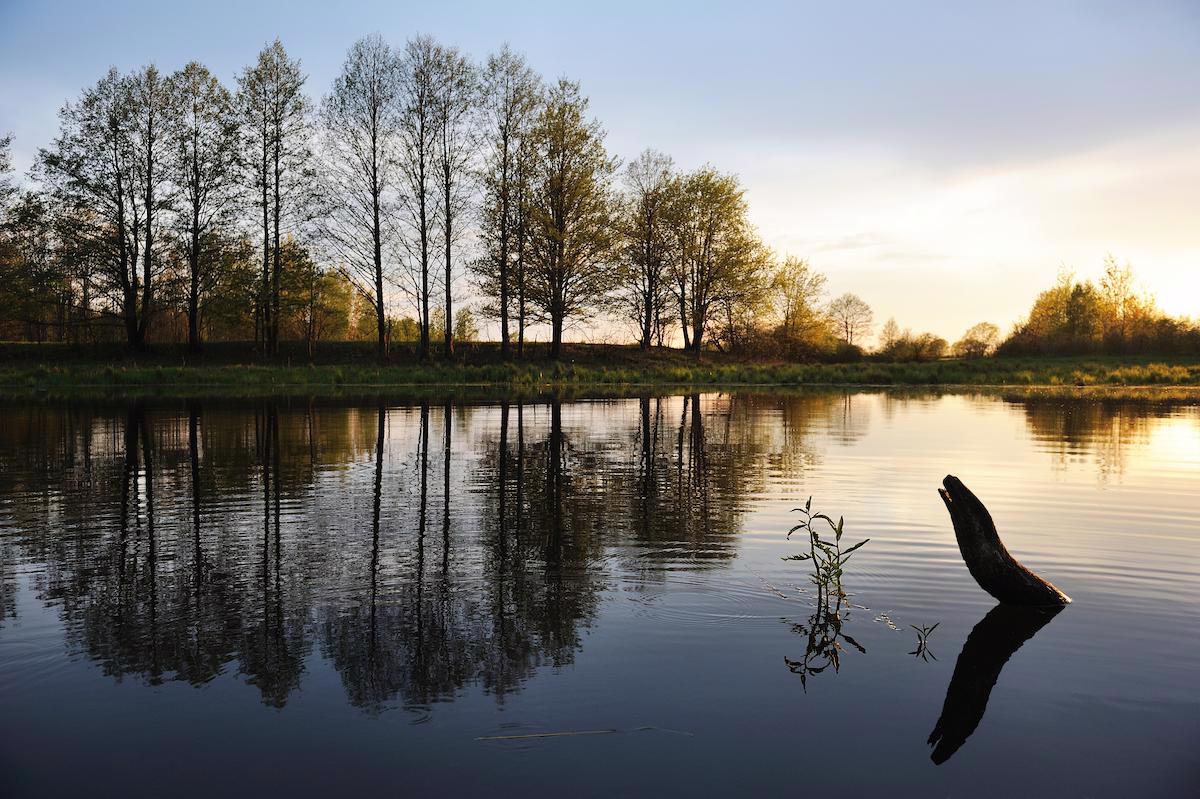 “Champ Search captured a creature at an estimated size of 20 ft in length. Stay tuned for more comparisons for this data.”

That description of a video uploaded to YouTube on Katy Elizabeth’s ChampSearch channel is too brief to do it justice. (Watch it here.) It describes how, on September 10th, 2022, Elizabeth was cruising Lake Champlain with her sonar and vast array of electronic sensing devices and recorders trained on the space between the bottom of her boat, Kelpie II, and the bottom of the lake. The video shows that at a depth of about 42.5 feet, something which Elizabeth calls a “creature” appears to swim from left to right. Elizabeth estimates the “creature” to be approximately 20 feet in length, but that is not the most impressive part. She then slows the sonar scan down to show something that helps push the image closer to being of a swimming creature – an appendage near the front of its body which looks like a fin pushing in an oarlike fashion against the water and propelling it forward.

“Similar in the long streamlined body as seen in our 2019 sonar of two swimming underneath the boat.”

This is not the first time the veteran searcher has seen a long creature on her sonar. In 2019, she released a video of the sonar image of TWO similar creatures, with the larger measuring 25 feet in length. While there was no propelling appendage that time, something else happened that convinced Elizabeth she saw two Champs … and one saw her.

“When I saw that head looking back at me, I started crying. I was shaking. I knew it was Champ. There were two animals. He looked annoyed. I think the sonar is very sensitive to their ears. It was amazing. There are protuberances on their heads, maybe for echo location.”

Elizabeth has been doing this long enough to anticipate the questions and doubts, so the next segment of the video contains sonar images of a school of fish, a sturgeon, a small perch and a whale. The whale image is not from Lake Champlain, but some marine experts who have listened to sounds alleged to have been made by a Champ claimed they sound like the chirps of a beluga whale or a dolphin. That seems unlikely – there are no whales or dolphins in the freshwater lake. Moreover, the centuries-old legend has been most often described by the local Abenaki and Iroquois indigenous people to modern hunters and tourists as a giant snake or a large horned serpent. Samuel de Champlain, namesake of the lake, described in his writings what they told him … and what he saw with his own eyes.

"[T]here is also a great abundance of many species of fish. Amongst others there is one called by the natives Chaousarou, which is of various lengths; but the largest of them, as these tribes have told me, are from eight to ten feet long. I have seen some five feet long, which were as big as my thigh, and had a head as large as my two fists, with a snout two feet and a half long, and a double row of very sharp, dangerous teeth. Its body has a good deal the shape of the pike; but it is protected by scales of a silvery gray colour and so strong that a dagger could not pierce them."

Most marine wildlife experts think that sounds like a description of a garfish or lake sturgeon which still live in the lake. However, they don’t reach 20 feet in length, like Elizabeth’s sonar creatures, or 187 feet, like the creature reported in 1819 by a Captain Crum who was on a scow on Bulwagga Bay when he claimed to spot a monster with a head resembling a sea horse, three teeth and a neck reaching more than 15 feet out of the water. Of the estimated 300 or so reported sightings of Champ, a few include photographs that are generally too far away to be verified. There was even a video in 2005 of something the witnesses claimed looked like a plesiosaur – the same dinosaur the Loch Ness monster is compared to. Yet, like Nessie, no DNA, fossils or any other physical evidence has been found of Champ. 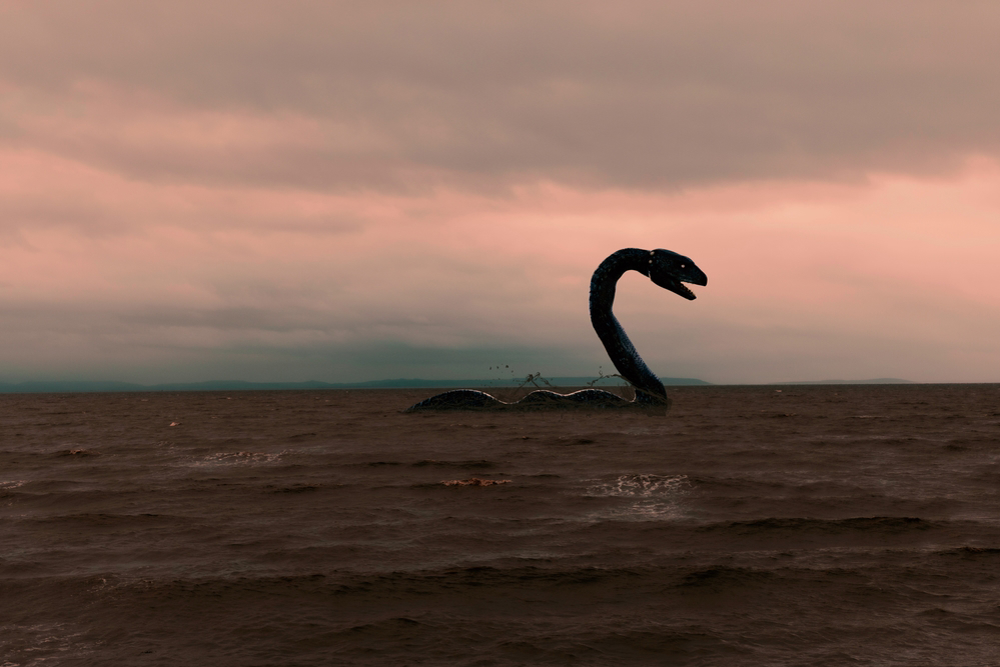 Also like Nessie, Champ is protected by state laws in New York and Vermont as if it were already proven to be real, and it plays an important part in the local tourism economy. Luckily, Champ also has Katy Elizabeth, whose “Champ Search” group and website maintain a sightings log and fight for the cryptid to be recognized – in 2018, it convinced the town of Port Henry, NY, to live up to its name as the "Home of Champ" by passing a law to protect it. And her book, “Water Horse of Lake Champlain: The Search,” is the definitive guide to the Lake Champlain monster.

Now Katy Elizabeth has another interesting sonar reading which puts her one step closer to locating the monster she has dedicated her life to finding. 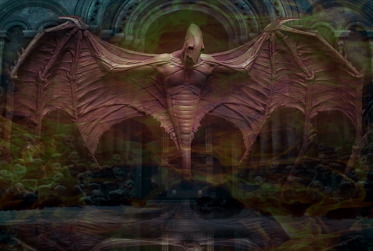