King Charles III has not yet been sitting on the throne long enough to make a signature dent in the cushion but that hasn’t stopped the psychics and conspiracy theorists from bombarding the new king with wild, not-so-wild and somewhat believable predictions and secret stories about the man who waited longer than anyone in history to take over a job. Nostradamus has already weighed in with a prediction that Charles III will abdicate the throne soon and his replacement will be someone totally unexpected – that is, not William, the new Prince of Wales and rightful first in line. Some say Nostradumus means Prince Harry, others think it could mean Simon Dorante-Day, a 56-year-old Australian who has claimed for years that he is the secret love child of Charle and Camilla and the real next in line. If you think that story will be hard to top … get ready for the Asparagus Psychic and her predictions for King Charles and Princess Anne, another mystery royal heir appearing, and a theory that holograms are actually running the show. Really!

“The spears formed a crown with some broken off which indicated to me that there would be a great royal sadness.”

Jemima Packington claims to be the world’s only Asparamancer – she throws high quality spears into the air and interprets the patterns they form when they hit the ground. Also called the Mystic Veg, Packington is not just unique in style but also in substance – her recent annual asparagus prognostications have correctly predicted Brexit, Prince Philip's death, Theresa May getting kicked out as Prime Minister, and Harry and Meghan's departure from the Royal Family … based on these, it appears the Veg Psychic specializes in exits. Not surprisingly, she predicted one more – the death of Queen Elizabeth II. Having recovered from that loss, Packington got back to work tossing her spears and making predictions for King Charles III, other royals and a British political figure.

“The spears also suggest that King Charles will take a step back, due to his age, and make William Prince Regent. There is a precedent for this happening before in this country. Prince William will take over many of the duties of the King and I predict this will happen soon, within the next 12 months.”

As reported in The Daily Star, the Asparamancer agrees with Nostradamus that the long wait did a number on Charles III and he is just too tired to fulfill all of the duties of position, but Packington sees him staying on the throne and officially turning some of his kingly duties over to Prince William by naming him Prince Regent. Normally called into play when the royal leader is incapacitated, ill or on a long absence (like a trip), it was indeed used in the UK during the reign of George III when he was deemed to be mentally ill and his son (soon to be George IV) was named Prince Regent. In an odd coincidence, George III was the longest reigning king of England.

A couple other spear tosses indicated to Packington that Boris Johnson will return as Prime Minister (but not first as Prime Minister Regent). In the royal family, the line of succession says that Sophie, Countess of Wessex (she is married to Prince Edward, Earl of Wessex and the new king’s youngest brother), should become Duchess of Edinburgh (since she’s married to the new Duke of Edinburgh), replacing Camila, who is now Queen Consort.  However, the title is up to Charles and the asparagus thinks he may give his only sister one last big title.

“I had to be checked out before they would let me marry him.”

Next, we have a conspiracy theory that has raised its unbelievable head as a result of Prince William becoming next in line to the throne. Back in 2015, The Daily Mail reported on a rumor going around at the time that Princess Diana once told a friend that in December 1980, then Lady Diana Spencer, a 19-year-old virgin, was ordered by the Queen to undergo gynecological tests to establish that she was capable of bearing children before her engagement to the heir to the throne could be announced. During these tests, Diana’s eggs were harvested and fertilized with Prince Charles’s sperm – thus proving they could produce and heir. At that point, the embryos were ordered to be destroyed. However, the conspiracy theory suggests that a ‘rogue doctor’ secretly stole one of the embryos and implanted it in his own wife – not telling her who it was from. If this is true, she would be the surrogate mother of the biological child of Charles and Diana.

The child was born eight months before William, named Sarah and lived in a small town in New England town in the United States where it is said everyone constantly told her she looks exactly like Princess Di. When her adoptive parents were killed in a car accident, she found a diary which revealed she was conceived in vitro. When she attempted to find out who her real parents were, she was allegedly contacted anonymously and told to stop or she would be killed. She is said to still live in the U.S. Investigators have confirmed the part about Lady Di being ordered to have a royal gynecological exam, but none of the rest has been confirmed and many people believe it was loosely based on a novel. However, we don’t know for certain and that is why the conspiracy theory still makes the rounds. 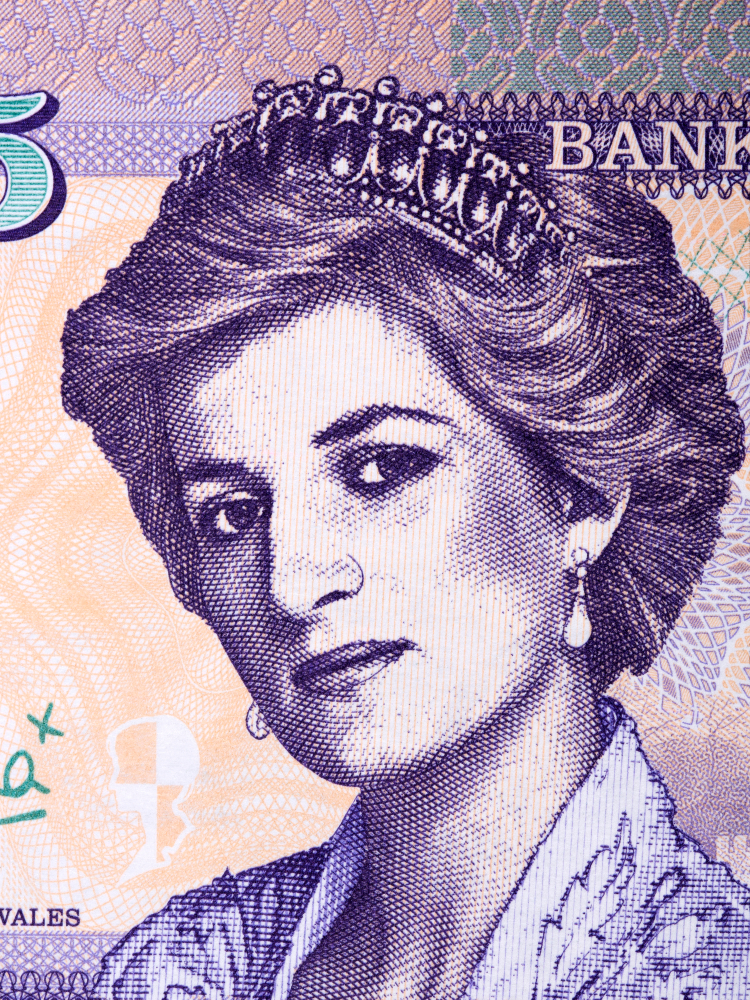 Finally, there is the Internet rumor that the queen actually died months ago and was replaced by a hologram. If this sounds familiar, you may remember that one of the highlights of her Platinum Jubilee Pageant was a hologram of Elizabeth in her younger days waving inside the 260-year golden carriage which she had ridden to and from her coronation in 1953. A QAnon theory claims that the queen was really replaced by a hologram after her death and – yes – it was a hologram that shook hands with new Prime Minister Liz Truss at Balmoral Castle in Aberdeenshire, Scotland, two days before the queen’s official death. This would be a difficult conspiracy to pull off on so many levels and the perpetrators don’t say why this would have been done in the first place, so not many outside of the QAnon world give it any credence.

Those are the predictions and conspiracy theories so far. One more prediction – these won’t be the last ones.