It is not often in the cryptid news reporting business that one comes across a creature that has never been seen before nor written about in folklore or mythology. Today may be one of those days – reports are coming out of northern Japan of a mysterious “Ninja bear” which has been blamed for dozens of attacks on dairy cattle. What pushes this creature out of the realm of the Ursidae family and possibly into the cryptid category are the facts that bear attacks on livestock are rare, these attacks are occurring in the middle of the night, the pawprints appear to be unusually large, and the cow carcasses are often left barely eaten – something no self-respecting bear would ever do. Has Japan acquired a new cryptid? Could one of the many shapeshifting beings of Japanese folklore gotten stuck in bear mode? Have some of Japan’s bear species mutated into cow killers? Let’s find out. 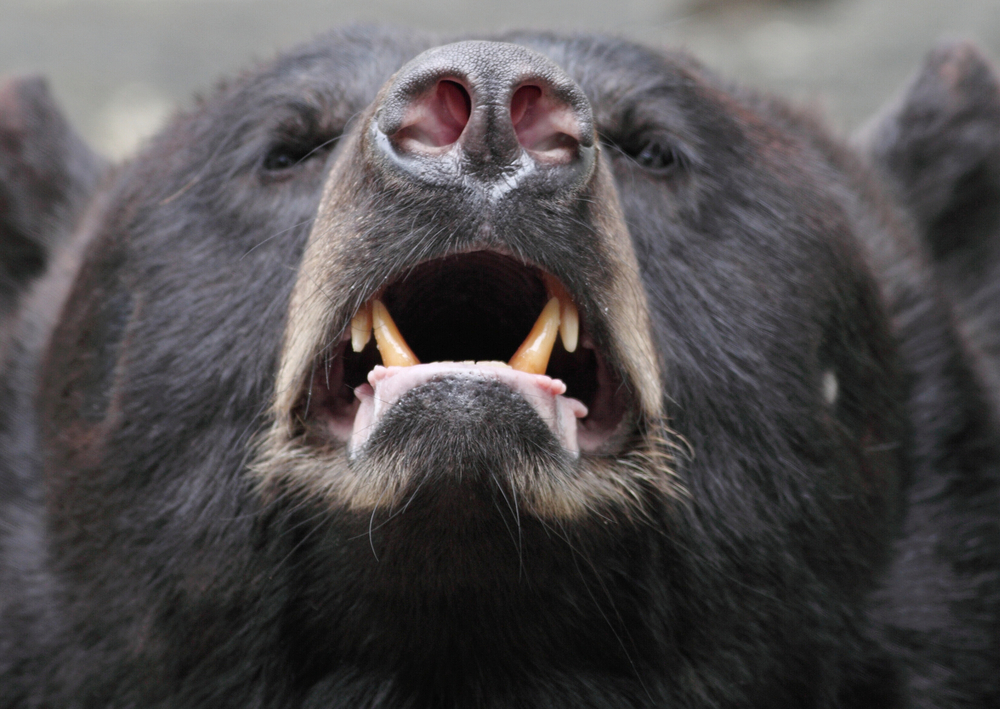 “Damage caused by brown bears continues in Hokkaido. It is estimated to be a giant brown bear with a length of 2 meters and a weight of over 300 kg. This bear is called OSO18, and hunters have been chasing it for three years, but they have been unable to catch it and continue to attack livestock. After interviewing experts and hunters, we have come to see the terrifying reality.”

ANN News reported recently that farmers in Hokkaido, Japan’s northernmost main island, have been plagued by a mysterious brown bear since 2019. The name OSO18 comes from the district were it was first reported (Ososhibetsu in Shibecha Town) and the huge width of its paw prints – 18 cm or seven inches. The bear is estimated to weigh up to 400 kg (880 pounds) and measures 2 meters (6.5 feet) in length – or height if it goes bipedal as some mythical Japanese bears are wont to do (more on that later). Right now, farmers in towns like Akkeshi tell Asahi News that the Ninja bear has killed 65 cows in one month and they fear it could expand its menu.

"It's a monster, isn't I think it must be huge. If it starts attacking not only cows but also people, it will be too late." (Google translation)

Although many of the farmers say they have surveillance cameras set up, the Ninja bear has only been recorded three times. You can see an early video here.) Because it is so elusive, Shiretoko Foundation Brown Bear Association Director Masami Yamanaka says that, while the DNA found at some of the scenes indicates it is a brown bear, many people fear it is a “Ninja bear” which has special powers, like invisibility, and skills to elude hunters. Rakuno Gakuen University Professor Yoshikazu Sato agrees that “Repeatedly causing damage without anyone noticing may give the impression of being a 'ninja'." OSO18 is feared as a "ninja bear". They point out that there have been “more than a dozen incidents in Hokkaido throughout the year” and “The incident in Shibecha-cho happens almost every year, which is very unique.” They also fear that there may be more than one super-powerful “Ninja bear.”

"It's a tremendous amount of power. Even if three or four professional wrestlers wanted to come, I don't think they'd be able to win at all."

"Bears are animals that have a very high learning ability, and if we see OSO18 attacking a cow, or if we find a cow that has been attacked after it has been attacked, we will learn similar behavior. It's possible." (Google translation)

OK, professional wrestling is fake while the cow killing by a Ninja bear in Japan appears to be very real … and very scary to both farmers and local residents who fear it (or they) could turn to killing humans next. The locals would like to help the hunters, but rifles are scarce in Japan and ammunition is even scarcer. Yamanaka has even gone so far as to blame the U.S. for the dilemma.

"When social unrest occurs, I'm not sure what happens to Americans, but they seem to buy a lot of weapons. That's why there's a general shortage. The Ministry of the Environment and others are calling for vigilance as the number of bear sightings will increase from next month and more people will be injured.”

Could the real problem in these areas be that the “Ninja bear” is not a giant rogue brown bear with a penchant for killing cows but one of the many giant bear-like cryptids of Japan? One is the Onikuma – a mythological Japanese spirit that was once a bear but as it aged it evolved into a monster that walks upright and sneaks into villages at night to steal livestock. Onikuma are said to be possessed with the strength to throw boulders that ten humans together could not lift. Te preferred way to kill an Onikuma is to hollow out a large tree into a tube and use it to block up the mouth its nest of vines, then plunge poles through the trunk into the nest. When the Onikuma comes out, it is vulnerable to attacks with spears and guns. In the Kyōhō era of the early 1700s, there are tales of Onikuma being killed and their skins covered 10 square meters (33 square feet). One more scary fact that points to an Onikuma – many of the tales come from Hokkaido, the home of the current Ninja bear attacks.

Sora News 24 gives one more reason why the Ninja bears are so mysterious and feared:

“The Ninja Bear is also suspected to be adept at walking in rivers so as not to leave tracks, and in an attack that took place in July appears to have known to dig a hole in the soil to slip underneath an electrified fence.”

With a lack of guns and ammunition and a predator that can elude surveillance cameras, what can the poor dairy farmer of northern Japan do to protect their livestock from this monstrous, perhaps even cryptid, beast? Sora News 24 reports that at least one has deployed one of Japan’s robot Monster Wolves – scary robotic wolves with motion detectors that trigger them to howl, growl and show scary red eyes that are said to chase away bears. Will they work on Ninja bears?

As the Ninja bear attacks of northern Japan show, sometimes the line between biology and cryptozoology can get pretty blurry even in modern times.