Strange Cases of Werewolves and Dogmen in Brazil

Although many would rightly assume that werewolves are things that dwell strictly in the realms of fiction and fairy tales, one may be surprised to know that all over the world there have been persistent accounts of such creatures actually existing. Werewolves, Dogmen, whatever one wants to call them, they have cropped up so often in various bizarre eyewitness acounts that they have become their own subspecies of the cryptozoology phenomenon. These accounts come in from all over the world, and one area that most people might not immediately connect to werewolves is the country of Brazil. Yet here there have been several spates of sightings of these creatures that deserve a look.

One of the epicenters of werewolf activity in Brazil is a place called Tauá. Tauá is a municipality in the state of Ceará, in the Northeast region of Brazil, its name coming from an indigenous word meaning "yellow clay and loam." Located 337 kilometers (209 miles) away from the capital of Ceará State, FortalezaIt, it is not really a remarkable place, a typical municipality in Brazil mostly known for the mountain range Serrote Quinamuiú and precious stones and not much else. However, this would change in 2008, when a strange visitor would arrive here, and a spate of ferocious attacks by something less than human would earn the area the nickname of “The Werewolf Capital of South America.”

In July of 2008, a local woman would report that as she had been walking along, she had seen a hulking, wolf-like creature ambling about on two legs, which she described as being “half-man and half-wolf.” The very following day, a 12-year-old boy told police that he had seen on several occasions near his home a brutish hairy beast that looked like a huge dog walking around on two legs and which smelled like sulfur. After this, reports would continue to come in from residents of the area, all of them basically describing the same thing. The “werewolf” was said to stand around 7 or 8 feet in height, with a wolf face, clawed hands and mostly walking on two legs, but also able to go to running on all fours. 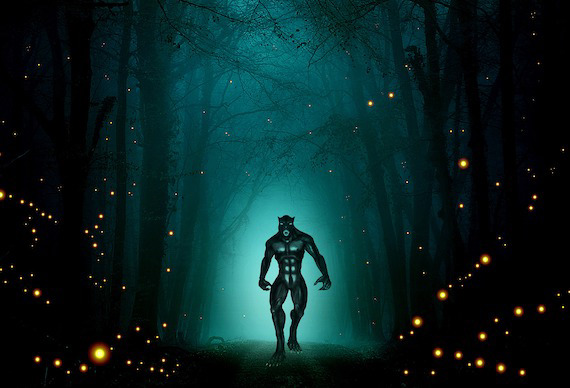 This creature seemed to get bolder as the days went by. There were at least two reports of the thing killing or stealing local sheep, and there were even people claiming that the monster was breaking into homes. The sightings caused a mass panic in the area, with people afraid to leave their homes at night and priests imploring residents to carry crucifixes with them at all times. In order to quell the growing terror, local authorities made a statement that they believed that rather than a werewolf it was just a bunch of pranksters running around with Halloween masks, but they never were able to apprehend anyone.

It seems that whatever it was would wander to other areas too, and has haunted the region up into recent years. There was a harrowing report given to the site Phantoms and Monsters from the town of Orós, also in the state of Ceará and not far from Tauá. The witness, called “Marcos,” claims that the incident happened in 2013, near his house, which lies by a lake. In August of that year, he began hearing strange noises every night that sounded like “a snorting bull but louder,” and he also explains that during this time a friend of his in the same vicinity had lost two sheep and found large dog tracks in the mud by the lake edge. The two of them decided to wait out one night to see if they could get a glimpse of anything strange, and they would get more than they bargained for. The witness says of what happened:

The time was around 11:00 PM when we started to hear the grunts coming from below my property. It is a swampy area with a spring. We both carried shotguns hoping to find the varmint. We both thought it was probably a wild dog or maned wolf though we had never seen anything over the years we had lived here. As we walked closer to the swamp, something stood up over the weeds. It was hard to see but we both described it as a large wolf man and over 2 meters high. It stood like a man but had a wolf head and upper body. We were both shocked at this sight. I was able to fire a shot as it ran off but I was unsuccessful. But just a few minutes later we heard the grunts again as it become louder and closer. This creature charged on all fours out of the weeds towards me. It got very close but stopped and turned when my friend shot behind it. It was so close that he shot away so I would not be struck. It ran towards the valley. We tried to find this creature for weeks but never heard it again. Some of the local people think we witnessed a werewolf. I will never question the legends in the future. 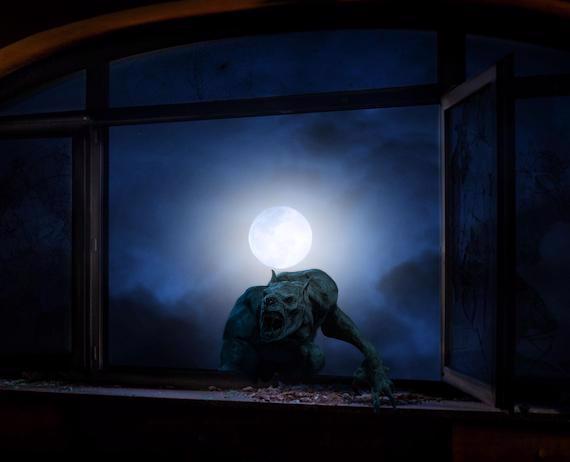 Although Tauá and its area is the most famous for werewolves in Brazil, there have been other reports of werewolves coming in from other regions as well over the years. The inhabitants of São Sepé, Rio Grande do Sul also were having their own werewolf running amok in 2008. In January of that year, a local woman by the name of Kelly Martins Becker claimed that she had been attacked by a creature that looked like a large dog walking upright like a human. The beast apparently scratched her face and arms, a fact which was confirmed by doctors when she was brought in for medical treatment. There was a spate of sightings in the area for several days before the creature apparently moved on and the incidents ceased. As in the 2008 werewolf craze of Tauá, police wrote it off as pranksters wearing wolf masks and trying to steal sheep and scare people.

What was going on in these cases? What could these creatures possibly be? Are they cryptozoological in origin, supernatural, or something else? Are they maybe just the ramblings of overactive imaginations or hoaxes? No matter what the case may be, they add to the pile of reports from all over the world of similar entities, and it has all become such a prominent strange corner of the unknown that it has taken on a life of its own.