The Bizarre Case of the Kit Swamp Bigfoot

In August of 1875, the residents around the area of a place called Kit Swamp, in North Carolina, began complaining of a “strange looking animal” raiding yards, gardens and fields to devour local poultry, garden vegetables and green corn. Although it was described as very large, it was mostly witnessed on the outskirts of the forest between sundown and dark, and so no one had gotten a really good look at what it actually was. One of these was a local man by the name of Asa Grundy, who lived by the edge of a cornfield and had had much of his own crop stolen by the mysterious intruder. He too had not gotten a good look at it, and mostly just thought it was a thief or someone trying to prank him, but on August 19 this was about to change. And so would begin one of the earliest reports there is of a Bigfoot-like creature in the days before it was the phenomenon it is today.

On that day, Asa was working on his farm when he heard a commotion outside near the cornfield. His dogs were barking and snarling hysterically, and then he was shocked to hear the sound of children and his wife screaming. He immediately ran to see what was going on and was met with the sight of an ape-man of some sort, which would be described in an article in the August 21,1875 Newbern Weekly Journal of Commerce as follows:

From the description given by Asa, we conclude it to be a nondescript which Barnum the great showman would be glad to possess even at an expense of thousands of dollars. Its face in appearance is quite similar to that of the Wanderoo, having a long snowy beard or mane, while its body closely resembles that of a Baboon, though from the knees down, its feet and limbs are, in shape and form, almost precisely human. In height it would measure about five feet while its volume around the chest would eclipse the Cardiff Giant. 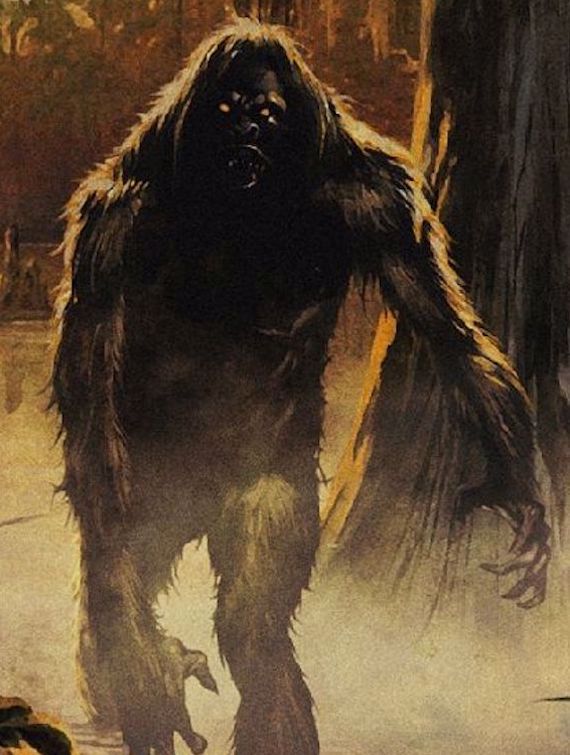 It is not particularly clear what a "nondescript" is supposed to be, but it seems as though at the time it denoted some sort of mystery animal. Making it even more horrifying was that the beast was carrying his 5-year old child and a neighbor’s kid kicking and screaming under each arm as it ambled off towards the nearby woods. Asa ran towards it, and as it turned towards him, obviously startled that it was being pursued, he delivered to it a “well directed blow” that staggered the creature and caused it to collapse to the ground, dropping the children in the process. After this it allegedly “sprang from the ground and with lightning rapidity” to disappear into the trees. Authorities were apparently brought in to thoroughly scour the woods but could find no sign of the ape-like monster. Even so, the terrifying incident had the whole area in a panic, and the news article goes on to say:

Much excitement and fear prevails throughout that section and no mother will again rest in peace until this strange intruder is captured and rendered harmless. We would suggest that those of our young men fond of adventure, muster a company with the view of securing this nondescriptical prize, as the undertaking would, if success crowned their efforts, be both pleasurable and profitable to them.

After this, droves of armed would be monster hunters began prowling the dank sprawl of swamp looking for the creature, and according to at least one spectacular news report, one group succeeded. An article in the Sept 11, 1875 edition of Newbern Weekly Journal of Commerce rather sensationally titled That Strange Animal—Another Attempt to Kidnap Frustrated—An Exciting Chase—Capture and Death of the Nondescript—Perilous Adventure of one of the Captors—The inhabitants of Kit Swamp in Ecstacies reported that two of these hunters by the names of Eli Sparrow and Frank Hansom had been out at Kit Swamp and came across the beast lurking on the outskirts of a small clearing as some children played at a farmhouse nearby. The article says of what happened next:

As the animal approached the edge of the wood it noiselessly ascended a tree and peered through the branches towards the clearing for several minutes and then descended and directed its course towards the little boy who was then in fair range and within gunshot of the men behind the log with their guns ready to fire at the proper moment. It was evident that the animal intended to kidnap the boy, but the men decided that they would not fire upon him until they were quite sure of his intention as they desired to capture him alive. Slowly and stealthily the animal crept along through the bushes, occasionally raising himself up to take a survey of the premises, until he had reached within ten feet of the boy when as he arose and was about to spring upon the little fellow, Hansom and Sparrow, aiming at his lower extremities, fired; from the effect which the creature uttered an unearthly yell and fell to the ground.

The men rushed toward the wounded creature, but before they could reach him he was up and with a running limp swiftly made for the woods where for a time he eluded his pursuers, though from the blood left behind him his trail was easily traced, yet owing to thick bramble bushes and deep morasses it was with great difficulty followed. However, they kept up the chase for about two hours when they at last came to a chaparral so dense that it was impossible to go through it without the aid of an axe, which they of course did not have with them. Upon examining the premises carefully, they succeeded in finding a small opening close to the ground and just large enough to admit the body of a man by creeping on his hands and knees; this opening was found to be partially covered by a old tree stump upon which spots of fresh blood were plainly distinguished, and showing conclusively that the wounded animal had passed through the aperture and gained his place of abode. The question now arose as to who would venture to crawl through this opening in search of the fugitive, when Story volunteered to make the perilous adventure, and with his gun before him he entered the dark tunnel not knowing at what moment he might be attacked from within.

After crawling a distance of about twenty feet, the muzzle of his gun came in contact with a hard substance which by a vigorous push he succeeded in removing and found it to be a short piece of plank about two feet in width which had been set up edgewise against the inner entrance of the opening and supported by a large pine knot, thus shutting out the light from the tunnel through which he had passed.  Upon the removal of this plank he crawled out into an open clearing about three or four yards square, and the first thing that met his gaze was the animal in question. He immediately called out to his companions who could now plainly see through the small opening, and they at once started to creep through, but before they could reach the clearing, the animal or nondescript seeing no way of escape, make a spring for Story who had raised his gun in position to fire and as the animal neared him he pulled the trigger and the charge entered its body and fortunately put an end to its existence.

The carcass of this wonderful being was carried to the settlement where hundreds of men, women and children for miles around had an opportunity of viewing it, and much rejoicing was manifested over its capture and death. Story and Hansom brought the skin of the animal to this city on Thursday when it was forwarded through Capt. Hall of the steamer Gary to Baltimore with the view of having it stuffed for exhibition. 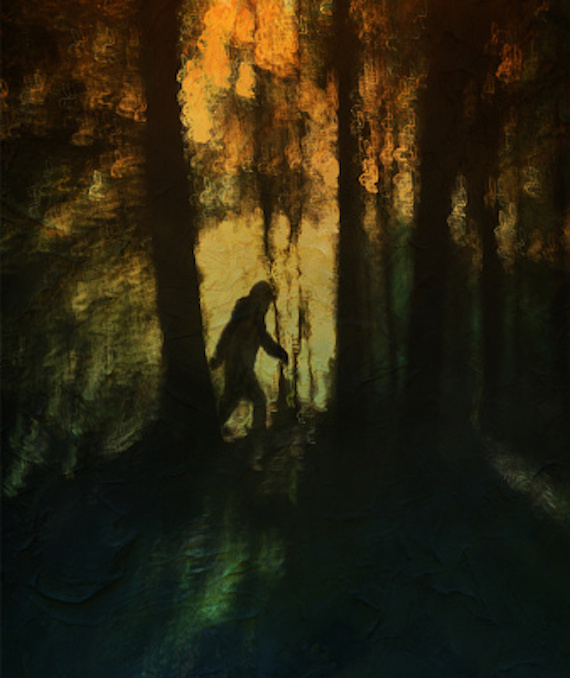 It is all a rather sensational follow-up and ending to the story started with Asa Grundy, but after this there were no more mentions of the Kit Swamp monster. There is no follow-up on what became of the carcass, what was found when examining it, nothing. It just seems to have disappeared, if it ever even existed at all. There were articles in other papers, but they all basically regurgitate the same information, with no new insight, leaving us with a lot of questions. Was there anything to these two news reports? If so, then what was this creature and why was it so intent on kidnapping children? Considering the sensational tone, lack of any evidence, and total void of any information on what happened to the thing’s carcass, it seems likely that these reports were merely conjured up by a news writer on a slow news day. The 19th century was notorious for this sort of thing, so there is a very good chance that it was all bogus. However, whether it is true at all or not, it certainly is unique in that here we have apparent Bigfoot sighting reports in North Carolina before Bigfoot was even really a thing in the public consciousness, making it an unusual case indeed.

Modern Day Lake Monsters in the U.K.: They're Not All Ancient and Scottish!