The Bizarre Mysterious Deaths of Arnold Archambeau and Ruby Bruguier

Some mysterious cold cases really manage to be very creepy indeed. 20-year-old Arnold Archambeau and his 19-year-old girlfriend, Ruby Bruguier, lived on the Yankton Sioux Indian Reservation in Lake Andes, South Dakota, and were having a bit of trouble since they had had a daughter named Erika Marie and were not quite ready to settle down. Like many young couples they wanted to live their lives and hang out with friends, and Saturday, December 11, 1992 was one of these days. That evening they went out partying with Ruby's 17-year-old cousin, Tracy Dion, leaving their baby with Tracy’s father. It was supposed to be a fun night out, an all-night party spree, but dark clouds were looming and the trio was about to drive off into a perplexing unsolved mystery.

All three of them had been drinking fairly heavily that night and the road was icy, yet Arnold was still behind the wheel of the car when they pulled up to a stop sign. Seeing no cars coming, he swerved out onto the road and that was when disaster struck. The car somehow spun off into a ditch, rolling over to leave the three youths inside and upside down. It had all happened so fast that none of them were really sure what had happened. Tracy would later explain of the accident:

We came up to that stop sign. That’s all I remember is just him looking and, saying there are no cars and him spinning out from the stop sign. And it was just like the snap of a finger and the next thing you know, we ended up in the ditch. I was upside down in the ditch and Ruby and I was in the car you know. Arnold wasn’t in the car. I don’t know where he was. Ruby was crying. She was saying oh my God, oh my God. She just kept hitting the car. The next thing I know, the door, it was open a little ways and she had enough room where she slid out. And then so I was going to reach over and then it was just like that, the door went shut.

When police finally arrived on the scene, they found Tracy still trapped in the car, uninjured but hysterical and in quite a state of shock. She asked where Arnold and Ruby were, only to be told that there was no one else there, meaning that for some unknown reason they had abandoned her. Authorities immediately searched the area, in particular a nearby frozen lake, thinking the missing couple may have wandered off in shock to fall through the ice, but no sign of the two could be found. The main theory at the time was that they had run off to avoid being arrested for driving under the influence and that they would turn up later. Arnold’s aunt, Karen Tuttle, was sure that he would never run off like that and would have come home, that he certainly would not have just left Tracy there to die, and Ruby’s mother, Myrtle Bruguier, shared the same sentiment about her daughter but they never did come back or contact anyone.

For the next three months police searched for the couple everywhere but there was very little to go on. The only leads that they could find was one witness who claimed to have seen Arnold at a New Year's Eve party a few weeks after his disappearance, as well as another witness who claimed that there had been two unidentified men at the scene of the accident, but these led nowhere. No one had a clue where the couple had gone off to or why they had left Tracy behind in the car like that without calling for help, and it was all firmly in the realm of wild speculation until that spring, when a horrifying discovery would be made after the ice thawed and a passing motorist noticed what looked like a human body in a mud-filled ditch by the side of the road.

Police were called in and although the body was badly decomposed they were able to identify it as that of Ruby Bruguier based on tattoos that were still visible. Her clothes were the same ones she had been wearing when she had disappeared and were completely intact, but oddly her shoes and glasses were missing. It was all pretty strange, since her body was found in an area that had been thoroughly searched by police several times and was only 75 feet from the crash site, and considering the heavy decomposition she had obviously been there awhile, but it would get even stranger when the ditch was pumped and Arnold’s body was found about 15 feet away. In contrast to Ruby’s corpse, his was strangely not really decomposed at all, and was also not frozen to the ground as he very well should have been. Authorities were stumped as to why this should be, and it was also puzzling that they could have been there at all and not been noticed during multiple searches and so close to where the car had crashed. Another odd clue was that a set of keys were found in Arnold’s pocket, including two obvious house keys, but they did not work for his actual house, and authorities were never able to find out what the keys actually opened.

An autopsy was not able to determine when the two had died, nor explain the discrepancy in their states of decomposition, but the coroner would come to the conclusion that they had died of exposure out in the cold after having fallen into that ditch. This seemed odd for several reasons. One was that authorities were adamant that the bodies could not have been there for three months without being discovered, and there was also a tuft of Ruby’s hair found nearby that also seemed unlikely to have been there so long. The idea was that the two had died somewhere else and had been dumped there, which is when the hair could have fallen out. Charles Mix County Sheriff's Department Bill Youngstrom would say of it:

Death by exposure is like they froze to death. I cannot actually buy that. They may have frozen to death. But they didn’t freeze to death at that ditch. It’s impossible that they could have been there the entire three months. I myself personally walked that ditch several times during that period. I’ve gotten written affidavits from people that’s also watched, walked it, people that have nothing to do with the case. They couldn’t have been there. They couldn’t have been missed. We also found a tuft of hair alongside the road. This hair was later determined by the forensic laboratory to belong to Ruby Bruguier. That hair couldn’t have stayed there for three months. In my opinion, it was when whoever brought the bodies back to the ditch, that’s when that piece of hair fell off of Ruby. They had to die someplace else. Somebody had to come and put them back in there again, to make it look like that’s where they died. 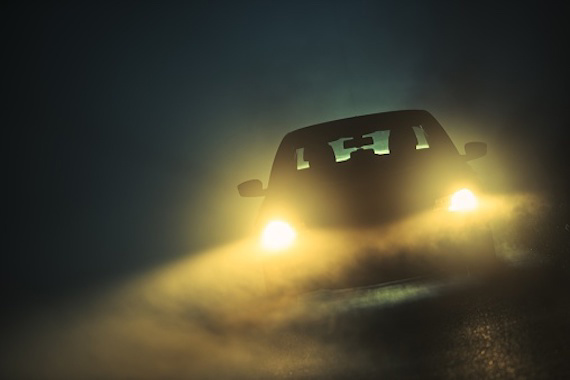 After the discovery of the bodies, several other leads came in. One was a witness who claimed to have seen Arnold and Ruby getting into a car shortly after the accident, and another insisted they had seen Ruby in nearby Wagner, South Dakota, on January 20, over a month after the accident. Still other witnesses corroborated that Arnold had been at a New Year’s party several weeks after his disappearance, but this still could not be confirmed, and the two people who he had allegedly been seen with at the party claimed that they had stayed home that evening. What was going on here?

The authorities would eventually close their investigation of the case in 1999, having found no evidence of foul play, and so it has remained a case of death by exposure, but there are plenty of unanswered questions and oddities surrounding it all. Why did Arnold and Ruby abandon Tracy at the scene of the accident like that without calling for help? Where did they go? How is it that their bodies were found three months later in a well searched area? What happened to Ruby's shoes and glasses, and how do we explain the difference in the rate of decomposition on the corpses? What were those keys in Arnold's pocket for? What happened here? Since the case is officially closed it seems we may never get the answers to any of these, and it remains stuck in the realm of mystery and speculation.

Black Helicopters Over the Pond: Flying Mysteries in the U.K.