Mineral Point is a town that lies in Iowa County, Wisconsin, in the United States. With a small population and small town America feel, it is a place where most people know each other, a peaceful hamlet where people leave their doors unlocked and there is hardly any crime. Also known as “Wisconsin's third oldest city,” the town has a rich history, settled in 1827 and going on to become a mining center for lead and zinc, as well as a commercial hub in the 19th and early 20th centuries, with a new railway system bringing in wealth and prosperity to the area. Today it is known for is historical significance and architecture and it is a popular tourist destination for those looking for a snapshot of 19th century American life. It has also over the years been said to be the haunt of a strange vampire phantom from beyond our understanding, who is said to have once prowled the area keeping the populace in terror. Indeed, Mineral Point has a long history of being prowled by various bizarre specters and phantoms like something out of a nightmare.

It all seems to have started in 1981. On March 14th of that year, police were called to the Graceland cemetery by reports that there was a strange tall, thin, and pale man lurking about dressed in a cape. An Officer John Pepper was the first on the scene, and when he arrived he saw the stranger, who he described as “a huge person,wearing a black cape with a white painted face…… about 6’ 5” and ugly.” Pepper asked the man what he was doing there at that hour, and that was when he turned and ran at great speed. He was so fast that Pepper could not keep up, and when they reached a six foot barbed wire fence the officer thought that he might actually catch him, but the stranger then took a superhuman leap and cleared the fence to run off into the night. When more officers showed up to search the area, they found that oddly the stranger’s footprints could be followed through the snow up to the fence, but that there was nothing but untouched snow on the other side of it, as if he had just vanished into thin air. 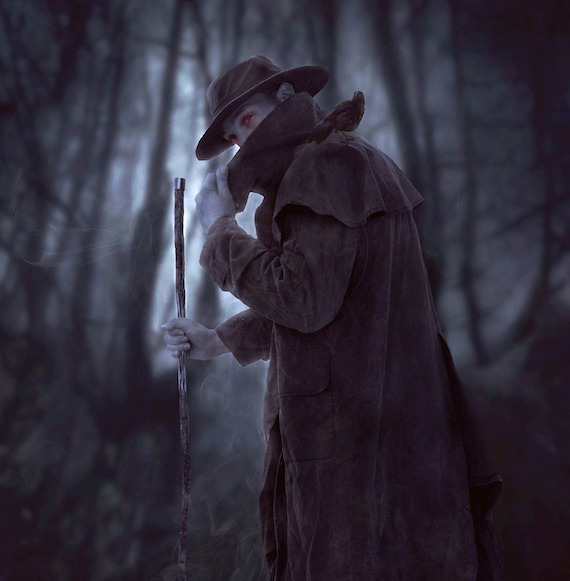 After this initial encounter, more reports of this mysterious stranger began coming in, and in fact the police were inundated with reports of seeing this tall pale man lurking about and making incredible leaps or scaling sheer walls. The sightings went on for 12 days, causing a bit of a mass hysteria, before the spooky intruder just seems to have disappeared and the sightings stopped. At the time, police thought it was just a prankster or a mentally ill individual and when sightings reports stopped they just sort of shrugged their shoulders and dropped the case. It would seem at the time that the “Mineral Point Vampire” was gone, but it seems as if he wasn’t quite done with the town yet.

Fast forward to 2004 and police were called in to investigate sightings of a man in a cape seen in a tree outside of an apartment complex. Apparently the man had been lurking in that tree and even attacking residents for several nights. When authorities arrived they found a very tall man with a completely white face and dressed in a black cape squatting on one of the branches of the tree just staring at them. When police commanded him to come down the stranger ran off at incredible speed and officers gave pursuit. Allegedly they chased him to a 10-foot high concrete wall, where the stranger jumped up into the air and flew right over it. Once again the man’s footprints stopped at the wall and no other trace could be found of him. It was very similar to the 1981 case, and so there was much talk in the news again of the Mineral Point Vampire. However, sightings ceased once again shortly after this incident.

The Mineral Point Vampire would lie low again for several years before rearing his ugly head again in 2008. On March 14, 2008, a Brandon Heinz and his girlfriend Jamie Marker were fishing off a pier at the nearby Ludden Lake when they heard strange noises coming from under the pier, directly beneath their feet, which sounded “like something was using the boards of the jetty like a ladder, climbing along underneath us.” Heinz thought it was some kind of animal, and so began stomping on the boards trying to scare it away, but this would turn out to be no animal. A news report of the time says of what happened next:

Heinz began stomping the boards believing it was some kind of animal and hoping to scare it away. He aimed his flashlight between the cracks of the boards when he and Marker heard water splashing down towards the other side of the jetty. Heinz shone his flashlight towards the sound to see “a figure with dark hair and a very pale face pulling itself up onto the jetty”. Heinz and Marker stood in shock as the figure began to rise to it’s feet. Marker turned and ran up the path towards Heinz’s vehicle as Heinz kept his flashlight aimed on the figure. It was wearing some kind of Dracula looking cape and a suit, sort of,” Heinz stated. Marker claimed the same. Heinz threw his flashlight towards the figure and ran up the path after Marker, who was already in the vehicle with the doors locked. As Heinz started the vehicle and began leaving, Marker saw out the passenger window that the figure was coming up the path at a run and she screamed for Heinz to hurry. The couple drove to the Mineral Point police department and made a statement directly after. A patrol unit in the area of Ludden Lake investigated the area where Heinz and Marker had been but found no one. Heinz and Marker returned the next day to retrieve their belongings with everything accounted for, except for Heinz’s flashlight. “Whoever it is,” Heinz says, “they can keep it.” 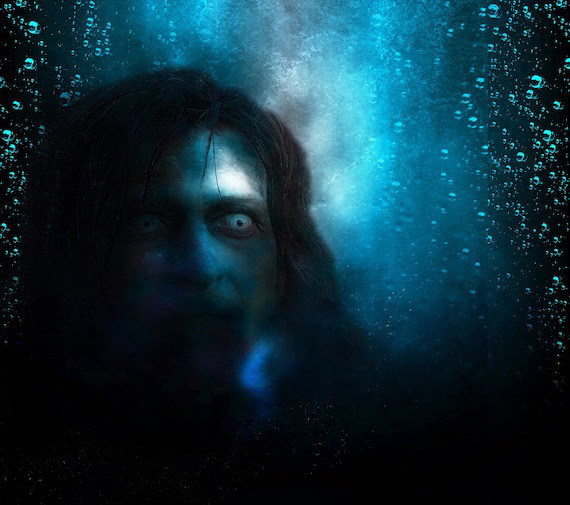 Who was this strange intruder? Had the Mineral Point Vampire struck again? There were no more sightings after this, so we may never know for sure. Interestingly, the town has been no stranger to paranormal activity. One well-known strange entity in the town’s history is what is known as the Ridgeway Phantom, also known as the Ridgeway Ghost, which terrorized the area in the 19th century. Described as “phantom that could change its appearance at will,” the entity would take all manner of forms including a ball of fire, a headless horseman with a whip, a young or old woman, and various domestic animals such as dogs, sheep, and other farm animals. It would take these various forms and chase people about, and the town was so terrified at the time that people armed themselves and were afraid to go out at night. It was widely thought that the phantom was somehow tied to two brothers who had been murdered in a bar brawl sometime in the early 1840s, and it was said to appear in cycles of 40 years.

Interestingly, there is some paranormal activity in the area that could be directly connected to the Mineral Point Vampire. At around the same time as the first sighting in the 1980s there was a local sheriff as well as several residents who witnessed a bright light over Mineral Point which “appeared to be motionless... then took off at a high rate of speed, soundlessly.” There was also within that same time frame a sighting made by a local woman claimed that just before the full moon, she saw a werewolf running as it was transforming. This werewolf apparently looked like a wolf on two legs and apparently ran into a building, grabbed a handrail, and morphed into human form before running off into the night. According to her at least 15 or 20 others had also witnessed the bizarre incident. was there any connection between any of this and the so-called vampire? Who knows?

What was going on here? Was this "vampire" a true paranormal entity or just a prankster in a mask? How do we explain the seemingly superhuman feats he was capable of? Was this a real vampire, an interdimensional interloper, or something else? Or is it just urban legend? Does so much other weirdness in the area mark it as some sort of portal to something else? Whatever the answers to these questions may be, it sure is a curious little oddity to keep us wondering.