The Gruesome Case of the Graveyard-Dwelling Vampire of Paris

It was the summer of 1848 at the sprawling Père Lachaise Cemetery in Paris, France, the largest cemetery in the city and usually a tranquil place of manicured gardens and rows of trees scattered amongst the historical tombs and tombstones. Despite the fact that it was a cemetery, there was mostly a sense of peace here, but one evening that summer things were about to change. It began with rumors that there was something lurking in the shadows there at night, described as “'partly human and partly animal,” and while at first the strange phantom was furtive and only briefly glimpsed, it was about to launch into one of the most horrific, ghastly and shocking incidents the city had ever seen, stirring talk of a real vampire running amok.

The phantom began to be seen more frequently, and those who saw it were sure that it wasn’t human, but rather some sort of animalistic ghoul. It was said to be able to easily scale high walls or iron gates, take superhuman giant leaps, run with preternatural speed, or vanish into thin air or a puff of smoke, and one time when guards at the cemetery sent dogs after it one of them would say that the mysterious figure “disappeared like a phantom, and even the dogs that were let loose upon him stopped short and ceased to bark, as if they were transfixed by a charm.” On occasions when dogs actually got to him, he was said to be able to easily fend them off and even kill them, with one report saying, "He … managed to escape; his strength was such that he strangled the dogs set at him." In addition to these various sightings, graves were also starting to be found defiled, with tombstones knocked over or smashed, graves dug up and coffins burst open, and sepulchers violated. Then there were the dead bodies. 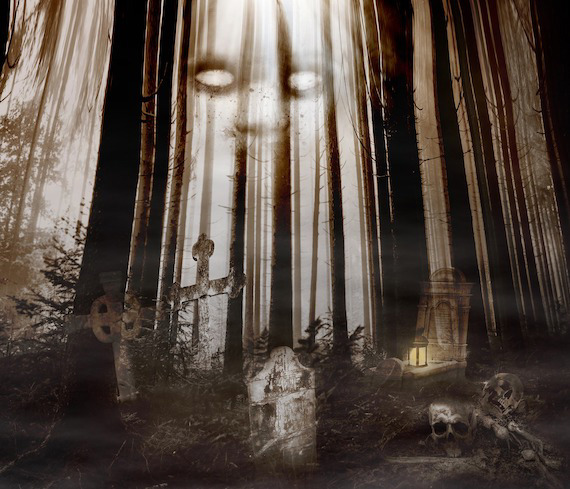 The bodies that had been in those defiled graves had been often sprawled out in the open, and they were in quite a morbid state, mutilated and seemingly gnawed upon and partially eaten by some kind of wild animal. Some of corpses were missing body parts, while others had been ripped open or had parts of their body strewn about. In some cases, the corpses had been badly mutilated, partially devoured or chewed on, and then crudely reburied. Some of the mutilations were incredibly sickening and grisly, such as one report that said “he tore the mouth open and rent the face back to the ears, he opened the stomachs, and pulled off the limbs.” The bodies were those of both men and women, some corpses quite old, while others were recently buried, it didn’t seem to matter to the perpetrator, and it was all a rather macabre state of affairs. On one occasion the body of a 7-year-old girl who had just been laid to rest was found dug up, mutilated, and having had her heart violently ripped from her chest. Bizarrely, although the damage to these bodies seemed to have been most certainly the work of a vicious animal, autopsies showed that the bite marks had been made by human teeth.

As the investigation continued and more guards were put on patrol, the shadowy stranger continued to defile graves and maim the corpses within them, always managing to evade capture. After some time of this, the phantom began showing up at other cemeteries all over Paris, in particular at Montparnasse Cemetery, causing shock and horror throughout the city as lurid newspaper reports called it a "vampire." These desecrations went on all the way through the rest of the year, the mysterious trespasser acquiring an almost legendary status and causing fear all over the city. It would not be until March of 1849 that the intruder would be caught after admitting himself to a hospital after being injured by a booby trap laid out for him at a cemetery. One newspaper report at the time would explain of how he had been caught:

Policemen were added to the guards, and savage dogs let loose in the cemetery every night. The men saw nothing; the dogs did not bark. Yet one morning, eleven bodies were found to have been exhumed, cut to pieces, and scattered over a large area of ground — pieces of flesh being even found hanging — hideous trophies — on the limbs of the trees. These monstrous doings now seemed confined to the Cimetiere Montparnasse. An infernal machine was then placed there – a small mortar loaded with all sorts of projectiles, and to whose trigger numerous wires were connected, diverging in all directions. In the night, the machine was heard to explode; and next day it was ascertained that a Sergeant-major of Infantry named Francis Bertrand, had sought admittance into the Hospital of Val de Grace, having received some strange-looking wounds in the back. The vampire was caught!

I covered it with kisses and pressed it wildly to my heart. All that one could enjoy with a living woman is nothing in comparison with the pleasure I experienced. After I had enjoyed it for about a quarter of an hour, I cut the body up, as usual, and tore out the entrails. Then I buried the cadaver again. 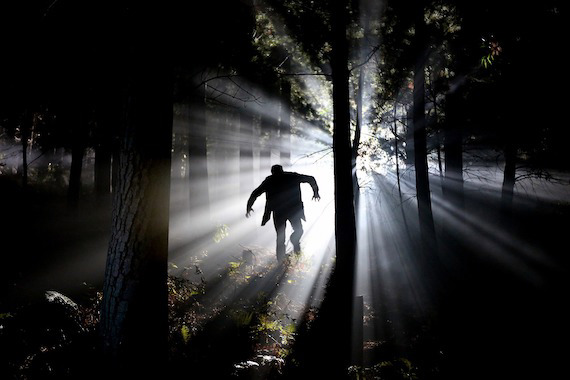 Bertrand would claim that during these incidents he had been controlled by some sinister external force, and that he would get fierce headaches and nausea before being overcome with the bloodlust that would take over his body as if he were possessed. He claimed that he would go into a trance during which he was not himself, becoming some animalistic, feral shell of what he really was, and that he had no control over it. He would also say that during these spells his body was overtaken with some supernatural force, and that he would be imbued with superhuman powers. He would say of these episodes:

I cannot tell … it was a horrible impulse. I was driven to it against my own will; nothing could stop or deter me, I cannot describe norunderstand myself what my sensations were in tearing and rending these bodies. I have sometimes exhumed from ten to fifteen bodies in a night. I dug them up with my hands, which were often torn and bleeding with the labour I underwent, but I minded nothing so that I could get at them. The desire seized me generally about once a fortnight. Horrible desires seized me: my head throbbed, my heart palpitated violently; I excused myself to my companions, and returned hastily into town. No sooner did I find myself alone than I procured a spade,and returned to the cemetery. I had just succeeded in exhuming the body when I saw a peasant watching me at the gate. While he went to inform the authorities of what he had seen I withdrew … retired into a neighbouring wood, I laid myself down, and in spite of the torrents of rain … remained there in a state of profound insensibility for several hours.

After no doubt rolling their eyes at this, after all of that the authorities would give him a total of one year in prison, after which he was let loose to live out the remainder of his days living a rather peaceful life up to his death in 1878. Such was the horrific nature of his crimes that Joseph Guislain, a Belgian physician, would coin the term 'necrophilia' after it, to refer to the condition under which people gain sexual pleasure from dead bodies. What was going on with this man? Was he merely insane and driven by perverse desires, or was he under the influence of outside forces? What of all of the stories of his supposed supernatural powers while he was in his bloodlust state? Is this all just fanciful exagerration driven by fear and urban legend or something else? It is hard to say, and it remains a rather spooky case, indeed.