The Mysterious Death and Rebirth of Marjorie McCall

In the 1700s there lived a humble woman by the name of Marjorie McCall, sometimes spelled Margorie, at a place called Church Place, in Lurgan, Ireland. There was nothing particularly special about her. She was rather unassuming and although married to a doctor she was not particularly rich. She was the kind of nondescript woman with an uneventful life who history could have very easily forgotten about, but a series of strange events would make sure that she would be immortalized as one of the most famous Irish legends there is.

At the time Ireland was a tough place to live in the 1700s. The land was ravaged by famine and disease in many areas, and it was in this habitat of despondency and hopelessness that the populace lived under constant fear of falling ill or starving to death. Most huddled away hoping that disease would pass them by and spare them, and Marjorie and her husband were among these, but they could not run forever. One day Marjorie fell ill with a fever, and since doctors were not sure what she had, she was quarantined away from the rest of her village. Her condition inevitably worsened, until she died in 1705 with her husband by her side. Terrified that her disease might spread to others, she was hastily spirited away and buried at Shankill Church of Ireland Cemetery, not far from her home in Church Place. 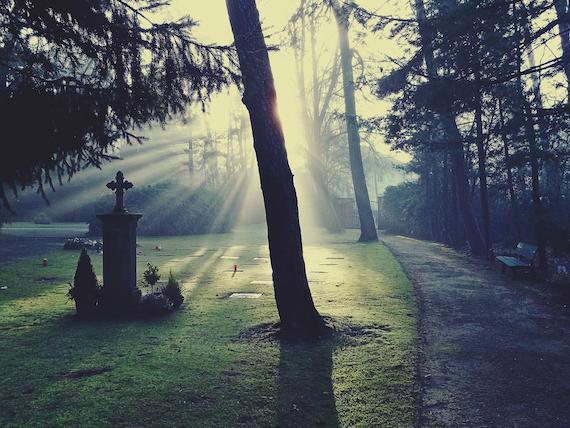 Now although Marjorie had not been rich, she was known for a very valuable and expensive gold ring that she wore at all times. No one was quite sure where she had gotten it, but it was estimated as being worth a small fortune, so of course as soon as the body was cold there were efforts to get it off of her finger. However, because her finger had swelled up so much in death it could not be taken off. Try as they might, no one was able to remove it, and so she was buried still wearing it. The rumors went around about the “lady with the ring,” and it did not take long at all for nefarious parties to set their sights on getting it. Back in that era there was a rather macabre profession known as the resurrectionists, or basically grave robbers. Far from mere thieves looking to plunder the bodies for jewelry, some of their best customers were doctors and medical universities, because at the time cadavers were in great demand for medical students and surgeons to practice their trade on. When one group of these shady resurrectionists heard about this woman who had been buried with her fancy gold ring, they saw the opportunity to not only get the ring, but earn good money selling the cadaver.

This group of these grave robbers managed to track down the location of Marjorie’s grave and went about their grim work there, digging up the corpse to see that the rumors were true. There upon her finger was a gold ring, still shiny and glinting in the moonlight. They immediately tried to pry it off, but the ring would not budge. Nothing they did seemed to be able to get it off, so in frustration one of the resurrectionists simply pulled out a knife and started cutting into the finger in order to cut it off, figuring anatomy students could still use a cadaver without a finger. The knife sliced into the flesh and drew blood, and it was at that instance that Marjorie gasped, opened her eyes, and sat up in her grave to look at her injured finger in a sort of daze, after which she “wailed like a banshee.” The shocked grave robbers then apparently screamed and ran off into the night, without a ring or cadaver but n doubt with a fantastic story to tell. In some versions of the story, the thieves didn’t make it out of there alive at all, rather dropping dead of heart attacks caused by sheer fright.

Marjorie then apparently crawled out of her grave like something out of a nightmare and began ambling through town towards her home. Along the way people saw her in the street in her dirty gown and with clods of dirt in her hair and were convinced that they were seeing a ghost. After all, doctors had officially pronounced her dead, she had had no pulse, her skin had been cold, so how could she possibly be alive and walking around? Most people ran into their homes and locked their doors at the sight of her, and through it all she silently and inexorably made her way to her home, where her husband was enjoying dinner with their children and some relatives. Once there she knocked on the door and her husband John told his children, “if your mother were still alive, I’d swear that was her knock.” He then got up to see who was at the door and opened it to see his supposedly dead wife standing there in the night staring at him with her dirt streaked face and dripping blood from her cut finger, and then she smiled. The husband, thinking she was a ghost, then allegedly dropped dead on the spot from a heart attack brought about by shock.

Marjorie supposedly went on to re-marry and have several children, living a peaceful uneventful life again all the way up to her second death, after which she was buried in the same plot as the first time, this time permanently. To this day her gravestone still stands at Shankill Cemetery bearing the inscription “Lived Once, Buried Twice.” The gravestone has become a popular tourist attraction and frequent target of vandalism over the years, and the tale of Marjorie McCall rising from the grave has become a popular tale in Ireland. It has long been debated as to how true it all actually is, with skeptics pointing out that a lack of evidence and burial records suggest the legend is pure folklore, the grave every one sees merely a publicity stunt. However, local historian Jim Conway has researched the case extensively and believes it to be true. He claims that Parish records held in the Public Records Office (PRONI) record the deaths of nine Marjorie McCalls in Lurgan, three of whom were married to a John McCall, and although there is no record of a death of a Marjorie McCall in 1705, Conway is quick to point out that many records at the time were lost or fuzzy due to a famine going on at the time. He concludes:

Margorie McCall was reputed to have lived once but buried twice, as it says on her grave stone. This is the grave I have been asked many questions about, as there are a lot of people who are skeptical about the truth – whether the story is myth or not. I believe the story to be true based on my research.

Whether it is true or not, the gravestone can still be seen today, and interestingly enough, Marjorie’s ghost is said to roam the graveyard as well. What happened here? Is there any truth to this tale or is it just a piece of lore and urban legend? It certainly is a strange historical oddity, and whatever the case mayb be, it sure is weird.