UFO Disclosure Proponent John Podesta Back in the White House Again - Will He Finally Open the X-Files?

"It is time for the government to declassify records that are more than 25 years old and to provide scientists with data that will assist in determining the real nature of this phenomenon."

Other than the late Nevada Senator and Senate Majority Leader Harry Reid, there has probably been no more vocal proponent for the disclosure of U.S. government UFO files that John Podesta -- the White House Chief of Staff to President Bill Clinton (along with other positions), Senior Counselor to President Barack Obama, chairman of Hillary Clinton’s 2016 presidential campaign, and a co-chairman of the Obama-Biden Transition Project. At a 2002 press conference announcing the Coalition for Freedom of Information plan to acquire secret government files about UFOs – the real X-Files – Podesta pledged his support for disclosure. Was he hinting that there are juicy details about UFOs and extraterrestrial encounters which he knows about but couldn’t release? Well, it is 20 years later and those files still have not been disclosed. This week, President Joe Biden appointed John Podesta as his senior adviser for clean energy innovation. While that job seems to have nothing to do with UFOs (or does it?), it puts Podesta back in the White House once again with an opportunity to correct what he has said was his biggest disappointment – not being able to release the UFO files. Will the third (fourth? fifth?) time be the charm?

“(This job) was worth coming out of retirement for.”

That is a heady statement coming from someone who has been as close to the center of power in the United States, if not the world, as few people in history have. Can Senior Adviser for Clean Energy Innovation really be that attractive to Podesta, who has already been White House Chief of Staff and Senior Counselor to two two-term presidents? As strange as it might seem, this job could put Podesta in a closer position to releasing the UFO files than any of the others. Let’s see how.

Podesta started in the Clinton White House in 1993 in a lower position as White House Staff Secretary. Among the various other positions he held (Assistant to the President and Deputy Chief of Staff), Podesta was a senior policy adviser on government information, privacy and  telecommunications security – a job that would have exposed him to the security issues involved in both investigating UFOs and in releasing any classified documentation on them. While he eventually made it to a position high enough to potentially override some of those concerns, the Clinton White House was thrown into disarray by the Lewinsky scandal -- Podesta was the first White House staffer to get the news of it and was put in charge of managing the crisis … a job that obviously superseded UFOs. In one last ditch attempt at disclosure, in January 2001 at the end of President Clinton’s second term, Podesta encouraged Executive Order 12958, which led to efforts to declassify millions of pages from the U.S. diplomatic and national security history. However, it was amended and then replaced by President George W. Bush in 2003.

in a 2004 speech at Princeton University, condemned the U.S. government’s "excessive government secrecy" and "bloated secrecy bureaucracy." That may have included his experience in 2002 supporting a Freedom of Information Act (FOIA) lawsuit filed by the advocacy group Coalition for Freedom of Information to obtain records from NASA about a UFO incident in Kecksburg, PA, in 1965 when witnesses claimed to see a fireball, followed by a controlled landing and the military coming in, cordoning the area, and removing a spacecraft-like object on a flatbed truck … with no explanations ever given. In 2007, the lawsuit was settled, and the judge required NASA to search through hundreds of UFO documents under the supervision of the court and UFO journalist and plaintiff Leslie Kean. In 2010, Podesta wrote the foreword for Leslie Kean’s book, “UFOs: Generals, Pilots, and Government Officials Go On The Record."

President Obama often hinted during his two terms that there were UFO files and things he couldn’t talk about regarding them. John Podesta returned to the White House to work as Counselor to President Obama from 2014 to 2015. Did he take advantage of this new position of power with a new president to release the X-Files? In case you missed it, he answered that question with a tweet:

“Finally, my biggest failure of 2014: Once again not securing the #disclosure of the UFO files. #thetruthisstilloutthere cc: @NYTimesDowd”

However, hope was not lost. John Podesta was immediately appointed as campaign chairman for Democratic presidential candidate Hillary Clinton and promised she would open the vaults if elected in 2016. 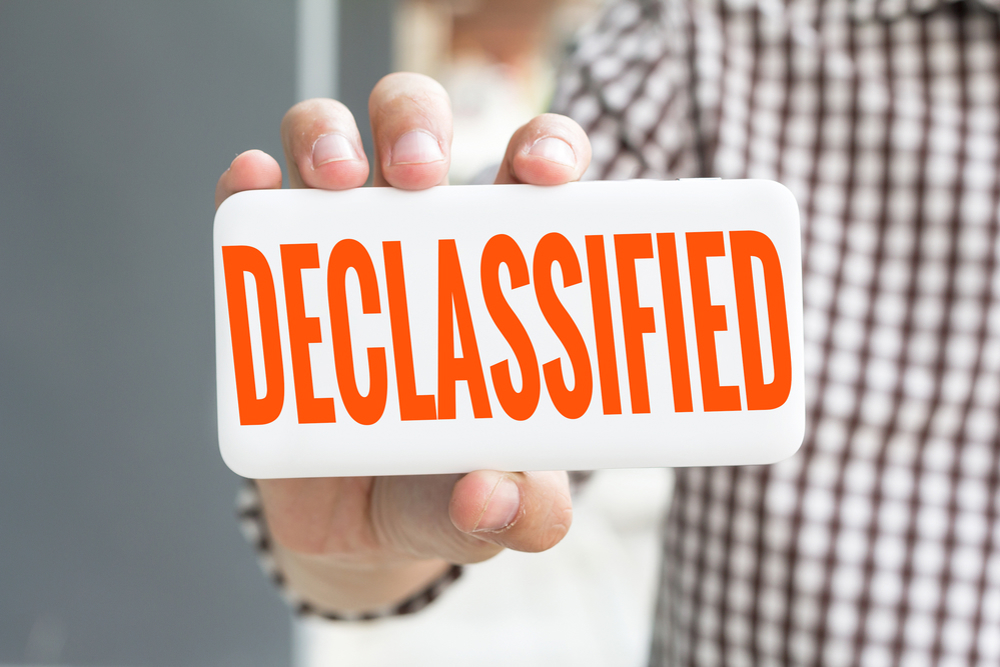 "I've talked to Hillary about that. There are still classified files that could be declassified. I think I've convinced her that we need an effort to kind of go look at that and declassify as much as we can, so that people have their legitimate questions answered. More attention and more discussion about unexplained aerial phenomena can happen without people -- who are in public life, who are serious about this -- being ridiculed."

There is no need to remind you how that election turned out. While videos of UFO encounters with military planes and ships have been released since then and pilots and military personnel seem more open to discussing them, it is still a trickle compared to a promised full disclosure and opened of the floodgates of classified UFO files. However, Podesta’s new position just might be the one where he can make it happen. In June 2022, NASA announced it will open a scientific study into UAPs under astrophysicist David Spergel to figure out ways to collect observations in the future and determine how the agency can use such data to advance our understanding of UFOs. Why is this significant? Because NASA is also a key player in addressing climate change and is currently developing the Earth System Observatory (ESO) -- five satellite missions that will provide essential data on climate change, severe weather, natural hazards, wildfires, and global food production. John Podesta, President Biden’s senior adviser for clean energy innovation, is now in a position to influence NASA and potentially get UFO disclosure through that organization instead of directly through the government.

UFO disclosure proponent John Podesta is back in the White House. Let’s hope he can finally make it happen.

M.I.B., the Mad Gasser of Mattoon, and Shadow People: The Same Sinister Creatures?