Within the realm of UFO research, surely one of the most bizarre little corners is that of what are usually called "alien implants." These are shards of metal or other material that have been placed under the skin or within the flesh of those who claim to have been abducted by aliens for purposes unknown. It is a fringe area to be sure, even within ufology, but there have been researchers out there who have taken it to a whole new level of weird.

One of the most prominent self-professed experts on alien implants is American podiatric surgeon and ufologist Roger Leir. His long journey into the UFO world began in 1964, when he joined his local chapter of the Mutual UFO Network (MUFON) in Southern California. From there he often attended conferences on the subject and became well-known within the UFO field, but it was in 1995 that he really made a name for himself and shone a light on an up until then little talked about phenomenon. It started when he analyzed the x-ray of a woman who claimed to have been abducted by aliens, and within the x-ray he found two small metallic foreign objects, which he was able to extract. Although the New Mexico Institute of Mining and Technology analyzed them and found them to be nothing particularly mysterious and formed of common elements, Leir believed they were definate evidence of “non-terrestrial experimentation on man.”

Leir would go on to become prominent in the area of alien abductees and implants, a sort of specialist, and he even began his own practice in Thousand Oaks, California, specifically devoted to what he believed were foreign objects of extraterrestrial origin implanted into human beings by alien intelligences. He would hire a dentist, a radiologist, a hypnotherapist, and a general surgeon to assist him, and from there he would claim to remove all manner of alien implants from his patients. Some of these were metal, others crystalline in nature, others less discernible, and he claimed that they often exhibited anomalous magnetic properties, contained mysterious elements or strange combinations of elements, or emitted “deep space frequency radio waves.” Leir would become the top expert on alien implants, popularize the concept of these devices, and write several books on the matter, including The Aliens and the Scalpel and Casebook: Alien Implants. Perhaps one of his more intriguing studies involved five of his patients who he conducted a survey on the before and after effects of their implant removals, and it is quite bizarre, indeed. 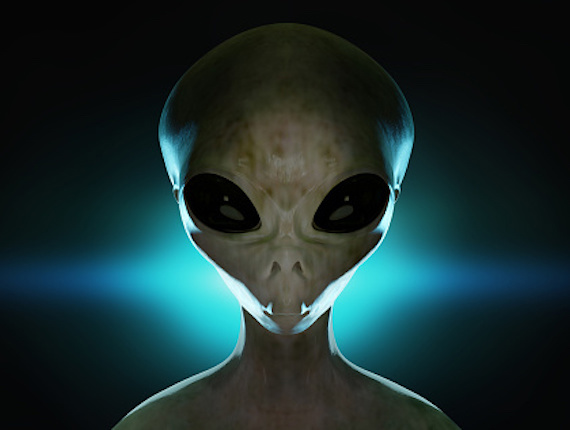 The patients, one male and four females, all claimed to have been abducted by aliens at various stages in their lives, and all of them were diagnosed as having been implanted wih alien devices. The first two patients in this survey was Pat Parrinellio, a 47-year-old male from Houston, Texas, and a Mary Jones (a pseudonym), age 52, also from Texas, both of whom had been referred to Leir by Derrel Sims, the Chief Investigator for the Houston UFO Network (HUFON). Leir removed one implant from Pat’s left hand and another from Mary’s left big toe. These implants were then supposedly analyzed by a pathologist and sent to various independent laboratories to undergo a battery of tests that allegedly included a tissue evaluation, laser induced breakdown spectroscopy (LIBS), extensive metallurgical testing, X-ray energy depressive spectroscopy, scanning electron microscopy, X-ray diffraction pattern analysis, and electron/magnetic and fluorescence property analysis. Although Leir would be very secretive of the results, he claimed that they were proof of alien experimentation on humans. A second set of surgeries were performed on a Dorothy O’Hara, a 61-year-old female from Palm Springs, California, and Alice Leavy, 40, from Newberry Park, California, and a Licia Davidson, 37, who had objects removed from their legs or feet. Two of the implants, the ones from the first set of surgeries, were needle-like and metallic in nature, while another was crystalline and the others some sort of “spheroid, whitish objects,” possibly biological in origin, and all five of these cases turned up a range of anomalies.

One of the things first noticed was that none of these implants had elicited an inflammatory response from the body as would be expected from a foreign object. The metallic objects also displayed a tough, fibrous membrane around them composed of proteinaceous coagulum, hemoseridin and pure keratin, and were found to contain nerve and pressure cells of the wrong tissue type for that part of the body. These “implant cocoons” were highly unusual, and in the case of the metallic ones, they were found to exhibit a bright green fluorescence in the presence of an ultraviolet light source. Sims would say of it:

It seems that the dense fibrous membrane may have been the person’s own surface skin. If this is the case, it appears that the metallic objects are wrapped in a sheath of keratinaceous material (surface skin). Nerve fibers then surround the tissue and appear to be attached to larger nerves. The fact that both persons from the first set of surgeries objected verbally and physically could be an indication of this nervous system connection.

What is particularly interesting was the follow-up interviews Leir conducted with the patients asking them if they had experienced anything unusual directly before or after the surgeries, because he was convinced that the aliens who had put them there would be curious as to what he was doing and would most certainly notice that the implants were no longer there. Pat would claim to have been followed around by a bright orange UFO a week before the surgery, and also noted that his self-professed psychic abilities had abated with the removal of the implant. Mary admitted that she now felt pain where the implant had been, although she had never experienced pain there when it was inside of her. Perhaps even weirder was Dorothy’s experiences before and after the procedure, of which she would say:

About a week before the surgery I had a dream-like, abduction experience involving many other people in a large locker room type facility, waiting in line for what seemed to be a shot in the backs of our necks. Also, right before an appointment to meet one of Derrel Sims’ associates for an interview (regarding the implant surgery), I and another woman had a strange experience. It was like getting stuck in a time warp. I ended up being very late for the appointment. And then, late one evening after I returned from the surgery, I had an alien encounter, that I couldn’t clearly recall. 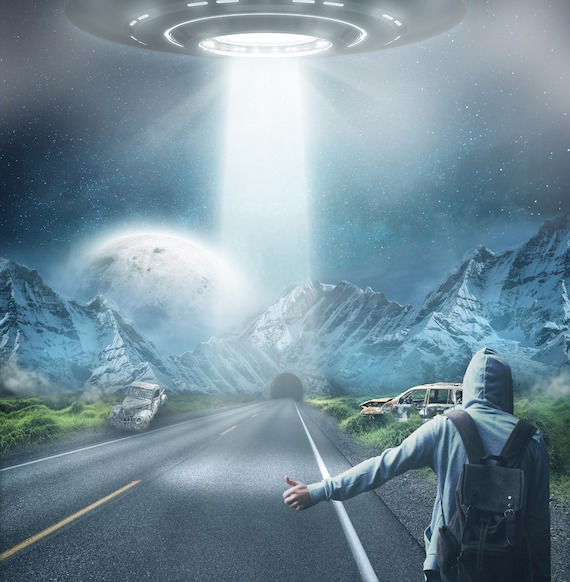 There were other oddities as well. Alice and Dorothy both experienced shooting pains in their legs after removal of the devices, where they had not had pain before, and their scars from the surgery became bright red and swollen for about a month after the procedure. They also reported having strange, precognitive visions after the surgery, in which the events that transpired played out exactly as they had predicted. In Alice’s case, she also recalls having an abduction experience shortly after the procedure that she could not remember in great detail, but would say of it:

I retired to bed early due to a headache. My husband awoke at 1:00 am because the whole bedroom lit up like daylight. He looked at the clock, reached over to touch me and found that I was gone. Paradoxically, my husband quickly went back to sleep. The next day I felt very ill. I don’t recall anything during the night, but I noticed the next day that my dog had nervously clawed several areas in the house, as if he were trying to escape something frightening.

All of the patients also experienced dramatic mental and physical effects, with Dorothy perhaps exhibiting the most profound effects after the removal of the implant. She would say of it:

I had a severe diuretic effect and lost much water weight a week following the surgery. Then my health progressively worsened and I developed angina and edema. This heart problem was a recurring complication from a previous illness I had in my late twenties. I also experienced extreme fatigue, and could not concentrate. The illness lasted about a month, after which my energy and health returned with more vigor. My creativity and mental clarity improved remarkably. (I am a writer) I had a startling improvement in my memory where I was able to recall a previous alien abduction experience from 1991. In other words, it was the first time I was able to pierce through a screen memory from an abduction, although it took me three days to process the memory. It was difficult mentally and emotionally. In hindsight, after the implant surgery and recovery from illness, I felt detoxified.

Rather curiously, although all of the patients reported alien abductions after the procedure, none of them had any implants put back in, their x-rays clear every time during follow-up visits to Leir. Why this should be is unknown, but it certainly seems like an odd detail. If the aliens could abduct them at any time and their implants were removed, wouldn’t they want to put new ones in? There is no way to know. In the end, Leir came to the conclusion that, although there was no way to know what these implants were meant to be for, they certainly had strong mental, physical, and psychic effects on the abductees, both before and after removal, and it was a connection he deeply believed needed more investigation. 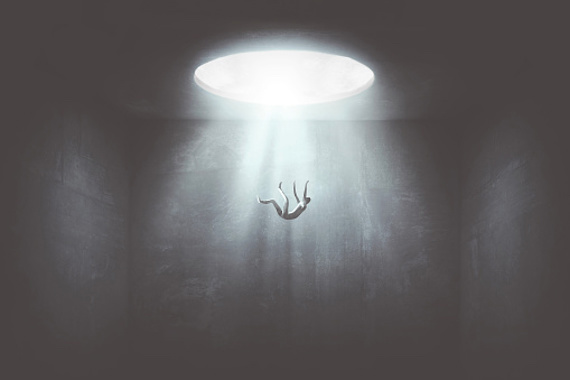 Leir would go on to carry out dozens of other alien implant surgeries and write numerous articles, and appear on TV and radio shows right up until his death in 2014, and he has always been a rather controversial figure, even within ufology. One of the main criticisms is that he had never been forthcoming with his results in a peer-reviewed way, nor did he ever offer his “proof” to a credible institution or forensic medical lab. Indeed, when he was approached by such institutions he always refused to offer these implants for study. All of his alleged analyses and tests that he did on these samples were done by private labs, and so there is no way to know just what he actually found or how mysterious it truly is. Skeptics say that these “alien implants” are merely ordinary objects such as shards of glass or fragments of metal that have entered the body in a mundane way, like a fall or walking barefoot. Without getting a look at them for ourselves it is hard to know, and it is very likely that Leir took any secrets he had to the grave with him.

What is going on in these cases? What are alien implants, if anything? Are they devices planted by extraterrestrials or merely normal objects that have been made up to be way more than they are? If they are real, then what is their purpose? If they are real, do aliens know when they are removed and what is their reaction? What is the meaning of the symptoms the people in these cases experienced? It is all so bizarre that it is hard to know what to make of it all, and it stands out as just about one of the weirdest phenomenon there is in the field of ufology.