Among some of the strangest cases of alien encounters in UFO lore are those that revolve around so-called "abductees," those people who have been whisked away by these odd, otherwordly entities for purposes unknown. Such accounts really run the range of the weird, but there seem to be very few that actually chronicle someone trying to escape from their predicamant. However, some such cases do exist, and here is one of the stranger ones I have come across. Buckle up and put your tinfoil hats on because we are going for a ride.

One day in the summer of 1948, a young boy and two girls in the Stavropol region of North Caucasus, Russia, were out near their rural village watching their cows graze and having their lunch, and after that the boy went to go take a nap on the other side of the hill. At some time during his nap, he was woken by a piercing whistle, and he bolted up to see “a silver-colored object resembling a huge upside down plate” that landed not far away on three prongs that looked like landing gear of some kind. As the boy stared at this truly strange sight, the object opened up and out stepped three tall and thin humanoid entities dressed in tight-fitting silver suits. These creatures then approached the witness, and he found that he was totally paralyzed and unable to move, powerless to resist as they took his hand and led him towards the craft, as if in some sort of trance. 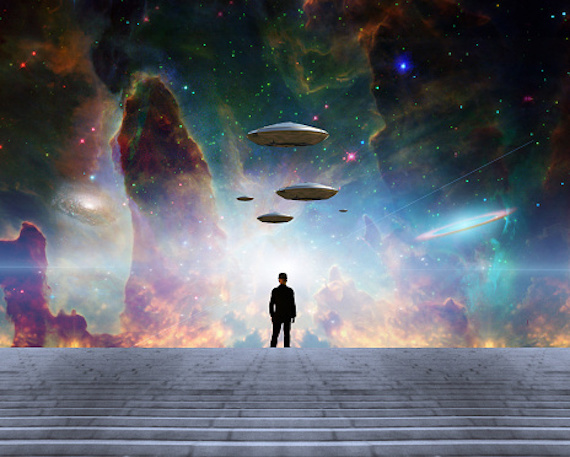 When they were inside, the boy could see that they were in a corridor lined by 4 cages made out of metallic rods, each of which alternatively held a bear, a woman, three men, and one cage holding a single man apparently of Slavic descent. As the humanoid entities walked by these cages, the occupants had quite the violent reaction. The bear growled, snarled, and paced about angrily, the woman screamed in wild hysterics, with “her hair disheveled, her eyes fixed in a wild stare and foaming at the mouth,” and the three men dropped to their knees and began praying. The boy was then shoved into the cage with the Slavic man, who seemed to be the only one keeping his calm and who tried to calm the obviously terrified and increasingly panicked boy down. The aliens then left, the bear and the others calmed down, and the object they were in could be felt to take off and move.

Not long after take-off, the alien figures returned and produced “an operating table” that seemed to just slide right out of the wall, after which they proceeded to grab one of the three men from the cage and lead him to it. Although the man’s face was a grimace of terror, he was apparently under some sort of paralytic spell because he did nothing to physically resist as he was laid down on the table. The Slavic man, seemingly aware of what was going to happen next, tried to pull the boy’s attention away, but he was able to see the aliens take out various bizarre instruments and begin cutting open and dismembering the man, the poor victim completely silent and helpless even as the blood sprayed everywhere and the removed body parts were put into a metallic box. When they were finished, the entities then allegedly cleaned up the blood and carried the box and what remained of the man on the table away. At this point the boy was completely overcome by fear.

The man in the cage with him tried to calm him down, and told the boy that he was a mining engineer from the Urals and that his name was Alexander. He told the boy that he planned to get them out of there and urged him to try and squeeze through the bars of the cage, which he managed to do after some great effort and much pushing from Alexander. There was apparently some sort of button on the wall that Alexander told the boy to push, but he couldn’t reach it, so Alexander removed articles of his clothing and piled it up for the boy to stand on until he was able to push it, which had the effect of causing their cage to slide open. Throughout all of this the bear, woman, and the two remaining men in the other cage were eerily silent. Even when Alexander tried to talk to them they apparently were unresponsive, in some kind of vegetative daze. Now free of their cage, Alexander and the boy let the others be and headed down the corridor and tried to find some way out of their predicament. This is when things would get even more bizarre than they already were. 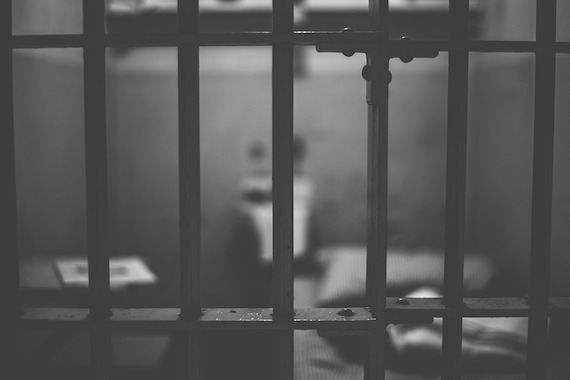 They purportedly found several other rooms, with one of them holding two sleeping aliens and another “control room” with another alien asleep at the controls. Alexander frantically tried to find something they could use as a weapon but there was nothing for them to defend themselves with if their captors woke up. They then stumbled across what was described as an “engine room,” where there was a “metallic box with a stripe set up on metallic struts.” Alexander apparently picked up this box and proceeded to throw it onto some control panels in the room, which provoked a violent smoking and sparking, as well as a piercing alarm of some kind. Not long after this two aliens rushed into the room and physically scuffled with Alexander as another one appeared with a metallic rod that was able to instantly paralyze the struggling man. These entities then supposedly dragged the both of them back to their cage and they were back to square one.

The aliens then telepathically communicated with Alexander and asked why he was so capable while the others were at such a “low level of development,” to which he responded that they were likely just uneducated and scared out of their minds. The aliens then explained that they were there on Earth because they were concerned about mankind’s use of atomic energy and wanted to monitor our civilization. They also explained that radioactive materials were very useful on their world, as they did not have a large supply and used them for fuel. The boy would later claim:

They told him (Alexander) that to waste radioactive material for explosions was madness. These materials could be used for other needs and they (the aliens) had those materials in very low quantity and were very valuable to them. They used the radioactive materials to obtain energy which they used in various branches of science and technique and also for space travel.

They told him that they wanted to study our planet and also gather these radioactive substances, and that they still did not know much about humankind. When asked why they had so brutally dismembered and cut apart that man, they said that they had merely dissected him for study, and had not realized that he was even a sentient being until meeting Alexander and realizing that humans were intelligent. To them, the man had been no different from that bear, just an animal, but now they knew differently. They then asked him if he wished to accompany them, which he agreed to on the condition that they release the other prisoners. They agreed, and the boy was dropped off where he had first been abducted from after giving him an injection they claimed he needed to counteract the radiation he had been exposed to on their ship. 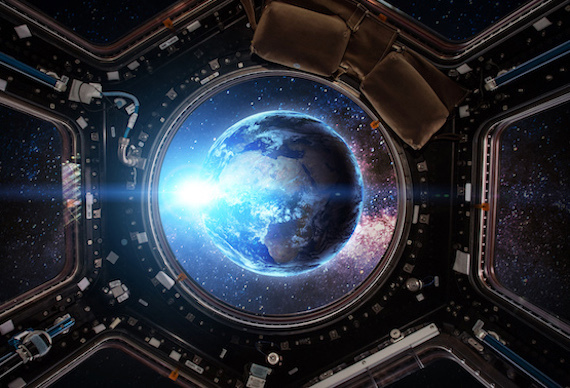 When the boy woke on that hill, he had a strong headache and was very thirsty, and he soon saw that there was a search party out looking for him. When he was brought back to his village, he was sick for several days with a fever, a metallic taste in his mouth, and his eyes and skin were extremely sensitive to sunlight. At the time, he could not remember what had happened to him, and so was unable to answer when the others asked where he had been. The years went by and he tried to put it behind him, but then one day when he was out in a field he was approached by two military men and a man in civilian clothing who seemed to be very familiar with him but who he did not know. The man in civilian clothes seemed to know about the UFO encounter, but the boy himself did not remember it, and told the man he must be mistaken. The man in civilian clothing wished to interrogate the boy under hypnosis, but the military men clothing told him to leave it be because “the others” didn’t trust him. They then left after telling the boy to tell no one of their visit, and it is unclear exactly what connection this strange little incident has to the abduction event.

The boy would only much later have his memories of the experience dredged up through hypnosis, and it would leave him reeling and us without any clear answers about what we should do with such a tale. It is all a completely bonkers case, equal parts alien abduction and jailbreak, and it is hard to decide what to make of it. Did any of this really happen at all, or is it just some twisted fantasy in the mind of this one witness? What happened to the mysterious Alexander, and did he end up joining the aliens on their adventures or was he just another piece of meat stuffed into a metal box? There is no way at all to know, and it is a completely off-the-rails case that occupies its own corner of the very fringe of alien abduction accounts.

Some Strange and Obscure Cases of UFO Crashes