A Yorkshire Man Documents His Life of Encounters with UFOs, a Reptilian Alien and Ghosts

Many ufologists and paranormal investigators pick up their hobby, job or passion after a personal experience with something unusual and unexplainable – generally in adulthood. A few have had their encounters as children, and these seem to be some of the most dedicated researchers searching for answers to what happened to them and why. One such experiencer is Ben Walgate, a resident of North Yorkshire who claims he’s had poltergeist encounters since he was five and a UFO experience when he was seven. Since then, his day job as a wedding photographer has sometimes taken a back seat to his passion as an investigator of his own encounters and those of many others. Now, his job and passion have come together as he works on a documentary about supernatural sightings around the east coast of Yorkshire – a film he hopes will push the British government to recognize investigate and document encounters like his and others.

"We are making discoveries all the time now, people’s minds are changing. If you go back 20 or 30 years people would have been laughed at you talking about this stuff but now those people are becoming the minority. The universe is so big that we can’t be the only ones, it wouldn’t make sense."

In an interview this week with The Mirror, Ben Walgate has the spotlight aimed at his UFO and extraterrestrial encounter at the age of seven or eight. Now 35, he admits it had a profound impact on his life since then. However, it was not his first brush with the unusual. As he tells The York Press, that happened when he was just five and it had to do with the family television set. One of those now ancient models with a picture tube, the TV screen would show static for a moment before it powered down. Except for one scary day when …

“I waited for the static to fizzle out, but there was something still in the TV that was shimmering. (This) would have been behind me over by the living room door. This thing was still stood there, vertically upright. It had a ‘cookie cutter’ shape of a human with the head and the shoulders, but I couldn’t see no feet. I noticed it starting to get bigger in the reflection. I looked and this thing glided across the floor right into my face, and I’ve never been so scared in all my life.” 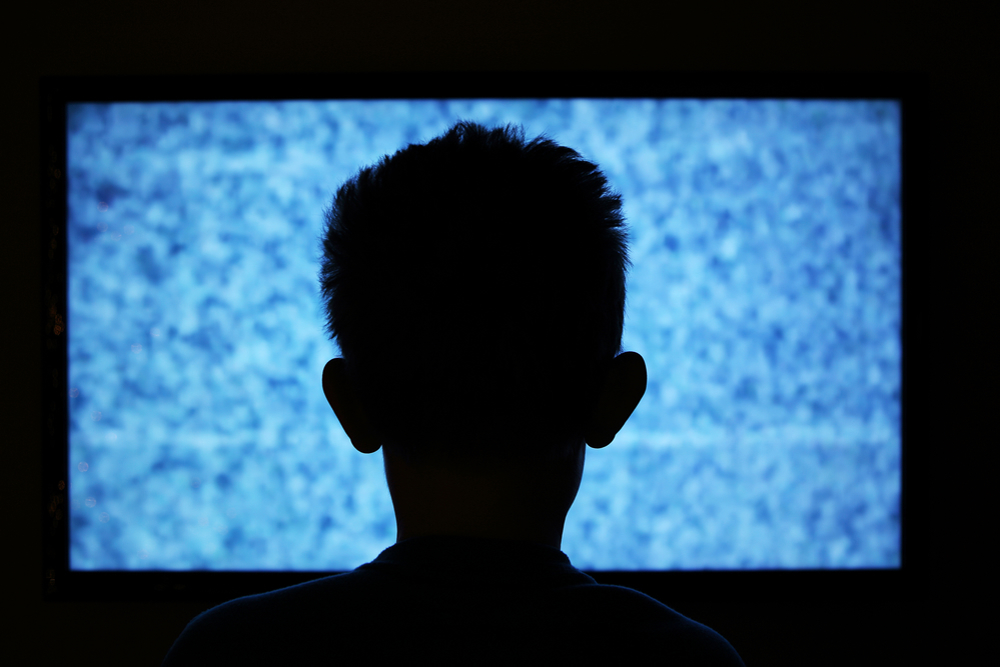 Walgate believes this was not an alien but one of the many poltergeists his family encountered in the house – one spirit of an old woman walked through walls and terrified his father by whispering his name. Those experiences set him up for the life-changer on a potty stop while coming home from a Cub Scouts camping trip at Snowball Plantation in Stockton on the Forest when he was seven or eight. Ben was seeking out a private spot to do his business when he stumbled upon something that would make him forget the urge.

“It might have only been a few seconds, but we made eye contact, it had black eyes. This thing was out of the ordinary, it looked at me I looked at this thing. It was definitely not of this Earth. It was such a weird vibe. Its head in proportion to its body was tiny. It’s not like the stereotypical alien with the grey skin and the big black eyes. This thing was more lizard. I’m not saying it had scales, it wasn’t snake-like. It was olive green from head to toe, a very sleek, slender-looking thing, dark black eyes, little tiny head, long over-proportional size arms that came past the knees.”

That sounds like Walgate met a reptilian alien – not the usual large-headed grey alien. Being just a kid, he thought it might be a prank and said nothing to the adults or to his friends. The entire memory went away until he was working as a photographer in his 20s when he told The Mirror it came "flooding back to me like a bolt of lightning." That flood of memories and emotions inspired him to set up his 401 Files YouTube channel and begin documenting the anomalous experiences of others, especially “thought provoking topics such as the UFO phenomenon, bigfoot and even the paranormal.” It is at 401 Files that he describes some of his other encounters later in life – sightings he believes could be related to the area’s close proximity to the RAF Fylingdales base … although he’s not sure if what he is seeing are tests of "top secret military equipment" or aliens monitoring the testing of the equipment.

"It stopped on a dime and went straight back in the opposite direction. And we thought 'what the hell is that thing doing? It can’t be a drone, it’s way too big, there’s no noise, there’s nothing, it’s just these five lights suspended in the sky moving really like nothing I’ve ever seen.' And then it was so weird because the thing shot out to sea and it was about 20 miles out to sea in a blink of an eye, and then we heard a fighter plane roar ahead above us heading in that direction.”

That account comes from 2021 when Walgate and his brother claimed to witness what appeared to be an engagement between a UFO with five lights and an out-performed fighter plane – an encounter he called “the most bizarre thing I’ve ever seen.” Walgate was convinced what he saw was a ship under control of intelligent beings because of the maneuvers it made in response to the fighter jet – moves with G-forces that “would have ripped any human to bits.”

In The York Press, Walgate details non-alien encounters at the North Yorkshire Moors and Cannock Chase – loud wild screams and eerie red glowing eyes, but no actual creatures he could film. On his YouTube page, he has many videos of things he has seen and recorded – videos he promises are “genuine and real.” This is where Walgate differs from many other investigators – he is the photographer behind the lens and the encounters are his own. With the number of videos he’s posted, he’s justified when he calls the North York Moors a key hotspot for sightings and an excellent place to hide.

"If there are intelligent beings out there, and I’m not saying there are, but it’s highly likely there are, if they were coming here for some reconnaissance or research, it wouldn’t be difficult in a place like the North Yorkshire Moors to stay hidden.”

Is Ben Walgate just seeing secret military aircrafts? Are the residents of Yorkshire under the surveillance of extraterrestrials? Or are they just watching Ben Walgate? Only they – and possibly the government and the military -- know for sure.