African Witches and Warlocks Are Really Bad at Flying

Throughout the world there have long been tales of witches and warlocks, using their black magic to all manner of nefarious ends. One area where belief in witchcraft is particularly strong is Africa. Throughout the continent there are numerous countries where belief in black magic and sorcery runs deep, and one recurring power attributed to them is that of flight, with these sinister figures flying out over the land to engage in theri grim business. It is clear that flying witches and warlocks hold a special place in African lore, but what isn't clear is why they should be so spectacularly bad at it.

A few strange cases come from the year 2000, from the country of Zambia. That year, the capital city of Lusaka had a few odd news reports of nude people falling from the sky to crash into roofs around the city, including houses, office buildings, and shops. These people wore nothing, and were apparently uninjured by their ordeals, but they were accused of losing control of their magical flying powers and crashing. One newspaper said of it, “More than 30 stark naked people suspected to be wizards "crash-landed" on rooftops of houses owned by families, institutions and filling stations in Zambia last year, leaving the population puzzled.”

That same year, there was a similarly weird case from Kasanda, which is a small mining town just north of Lusaka. On December 31 of that year, a man reportedly fell down from the clouds to crash to the earth below in full view of various witnesses. The man was apparently seriously injured by his crash landing, and died from his wounds a few days later. From Tanzania comes a bizarre account from 2003. On January 3rd of that year, people attending a church service in the village of Sinjisi were shocked and amazed to see a man plummet from the sky to land on a platform above them. The mysterious stranger was allegedly wearing nothing but a strip of goatskin over his loins and with ropes affixed to his body in various positions. In his hand he held some sort of arcane talisman, and his face expressed bewilderment at his predicament. The churchgoers then helped the man down and asked what had happened to him. 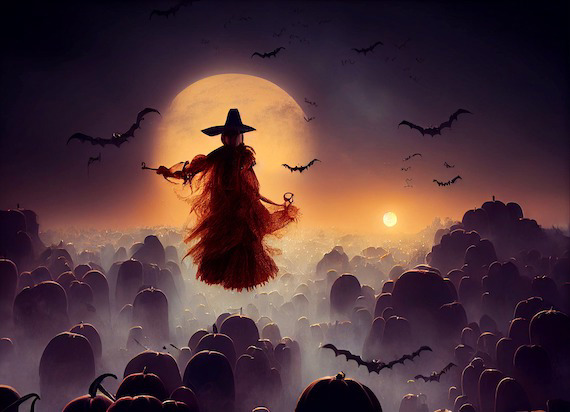 The man at first tried to explain that his aircraft had run out of fuel and spontaneously fallen from the sky, but in the face of the villagers’ disbelief and further interrogation he broke down and confessed that he was actually a warlock and had been flying in his ungo, which is a circular winnowing basket traditionally used for flight by witches in the local folklore, on his way to carry out some wicked deed. He confessed that he had been a warlock for a long time, and that on that day he had used a drug to put the people in his own house to sleep so that he could fly off on his errand, but when he had flown over the church his powers had given out on him and dumped him there. He explained that he was convinced that this was a sign for him to give up black magic and convert to Christianity, and so he burned his talisman and renounced witchcraft. After this, the villagers purportedly gave him new clothes and welcomed him with open arms.

In 2009, a Regina Sveto, together with two accomplices, allegedly used witchcraft to fly naked aboard a traditional African basket one night from Murehwa to Harare, in Zimbabwe, in order to kill Tobias Zemba, her brother-in-law. At some point she got cold feet about it, and in the ensuing argument with her accomplices she was apparently pushed out of the flying basket to land in the yard of her would-be victim. She was found wandering around in a daze, wearing beads around her neck, strings around her waist, and red, traditional headgear. Police were called and she was arrested and tried under the Witchcraft Suppression Act, which officially recognizes the existence of witchcraft and sorcery and can incur “a fine not exceeding level 10 or imprisonment for a period not exceeding five years or both.” Nelson Jambaya, the vice president of The Zimbabwe National Traditional Healers Association, would testify during the trial, and he says:

If the woman said she flew from Murehwa in a basket, then she is a witch. Witches do a lot of this and they are known to travel naked at night. It is also possible for witches to travel as far as South Africa during the night for the purposes of witchcraft, flying back as soon as their mission is accomplished. The court convicted her and gave a suspended one-year sentence to send a signal that the days when witches did what they want are over. At the same time the court played its constructive role by ordering elders in Ms Sveto's community to cleanse her of the evil spirit that causes her to practice witchcraft.

From 2012 there was a spate of such incidents from several countries in Africa. In one such story, an “old hag” crashed down out of the sky in the Mwanza region of Tanzania, right into the middle of a funeral for the actor Steven Kanumba and was seen by hundreds of witnesses. That same year, two women were accused of witchcraft after they crashed landed in Budiriro, a suburb of Harare, the capital city of Zimbabwe. They explained that they had been flying on a reed carpet but had lost control of it when they passed a church. They were found naked and in possession of various witchcraft paraphernalia, and one news report says of the bizarre story:

Their crash-landing happened after a preacher prayed in the area. They say they were on their way from Mutorashanga on a reed carpet. The two were found naked with an assortment of witchcraft-associated paraphernalia including a live owl, two winnowing baskets which are used for flying in witchcraft mythology, a baboon skeleton and an orange substance in a 550ml Coca-Cola bottle. To add a bit more to an already bizarre story, the witches asked to be let go to get back to their husbands who they cast a spell on their sleep or else they would die. 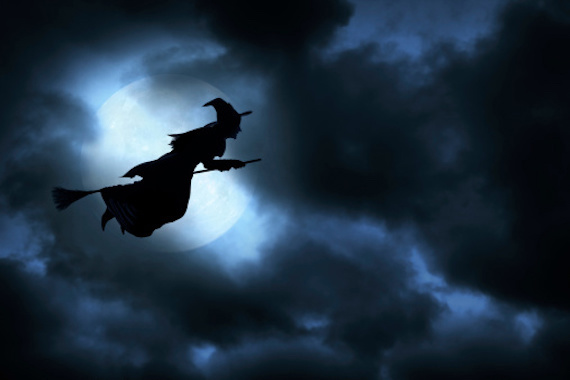 Okay then. From that same year is another report from a village in Kenya, where a woman was startled to see a man wearing nothing but a loincloth come falling from the sky to go crashing through her window. The man apparently apologized and ran off. Also in 2013 is a story from Zimbabwe, where a man was reportedly seen to fly down out of the sky in broad daylight, hover for a moment, and then suddenly drop to crash into the street below in front of shocked and horrified witnesses. He was apparently uninjured by the fall, but he would not remain that way for long, because a crowd then descended upon him to beat him mercilessly. The man could not be questioned on how he had gotten there because he died the next day from his wounds.

This sort of violent response to witchcraft is sadly not that uncommon in many areas of Africa, and lynching, beatings, torture, and death are often meted out on suspected witches. One such case happened in 2014, when eyewitnesses say a black bird had been flying in the sky over Oshodi, in Lagos, Nigeria, before allagedly striking an electrical cable, falling to earth, and transforming into a woman. The woman then allegedly confessed that she was a witch and was attacked by an angry mob, who beat and burned her. She was reported as dying on the way to the hospital. A video was taken of the chaotic scene by several witnesses, but there is sadly no video of the black bird shapeshifting into a woman.

Moving on into more recent years is the bizarre story of a family of four who were flying on their way to the Congo in 2016 “on a small bottle top” when they lost control and crash landed in Sowlezi, Zambia. The family, which consisted of a father, mother, and two children, begged for forgiveness from the townspeople, knowing full well that they could very well receive a very violent welcome for their sorcery. The man would later say of what happened:

My family was sent by the higher powers to go and cause confusion in Congo and make sacrifices, we were tasked to kill over 20 people but as we reached Solwezi our flying powers finished all of the sudden and we fell to the ground. 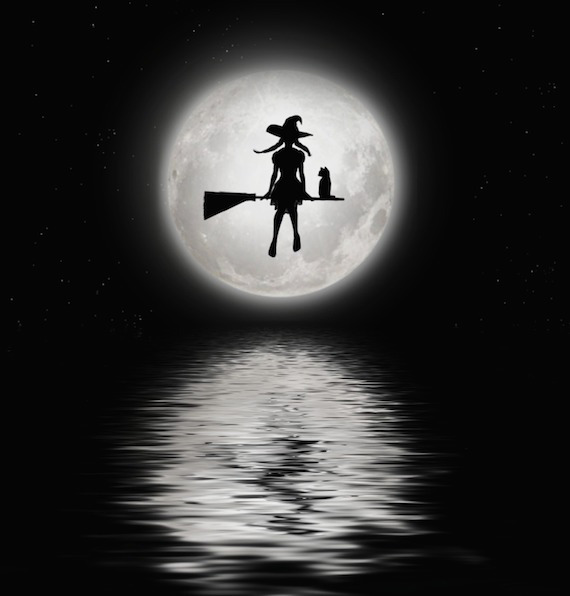 It is not clear what the ultimate fate of the family was, but with a confession like that and the superstitious nature of the locals, one would imagine things did not go well for them. Also from 2016 is a report of an old woman who fell from the sky in Harare, Zimbabwe. Hilariously, the naked woman was even holding an actual broomstick. Even more recently still is a report from 2021, in which a witch was caught in Nigeria after crashing into a rooftop while flying on a “night operation.” The woman was described as being “very darkish in complexion,” and wore a “black outfit with a purple cloth overlaying her breast.” According to The Zimbabwe Mail:

The woman, who is allegedly a witch, crashed on the rooftop of a residence and was lying helplessly after the crash. When she was quizzed with the aid of citizens of the area on what she was doing on the roof of someone, the alleged witch stayed mute, however spoke after one of the guys acted as though he was going to cut off her head with a machete. According to her, she was on a night operation elsewhere however by the time she realized, she had crashed on this roof and didn’t recognize what occurred. You understand, it's far widely believed that witches fly at night time.

From 2022 there is the case of a suspected witch who allegedly fell down to earth in Filabusi, Zimbabwe. The woman would explain that she had been aboard a “witchcraft traveling vehicle” and had gotten into an argument with another witch over the dismembered foot of a boy they both wanted to eat, as you do. During the resulting melee, she had been knocked of her vehicle and sent to crash down. It is just another bizarre tale in a very strange corner of the paranormal. What is going on with these cases? It is really curious because Africa seems to be the only place where stories of crash-landing witches and sorcerors come from. Why should this be? Why are they so bad at flying? Your guess is as good as mine.

The Strange Creatures of Texas: Monsters in the Lone Star State