We all have to sometimes deal with bad neighbors. Whether they are rude, inconsiderate, or just plain annoying, it seems pretty much everyone has their horror stories of less than satisfactory neighbors. While many of us might have had such experiences, at least we could probably say that they were at least human. The same cannot be said about one very strange case of a man who had some very bizarre new people move in next door.

In the autumn of 2010 a man called only “Marcel” was living a “run down” apartment complex in New York City. He apparently had a roommate who traveled a lot, so he was mostly on his own there, and he was used to having new tenants move in and out around him because the place was such a dump that the turnover rate was high. For this reason, when a new person moved in across the hall from him he didn’t think much of it at first. However, things were about to get very strange, indeed.

The new tenant, who simply identified himself as “Jeff,” turned out to be quite the eccentric recluse. He barely ever left his apartment and would not exchange greetings or pleasantries with other tenants even when he was rarely seen. Jeff also apparently left his TV on at all hours of the day, and there was a constant procession of take-out food coming to the place, which all made Marcel wonder just what the guy could be doing for a living. Sure, the place was rundown and had seen better days, but this was still New York City and he had to be doing something other than sitting around watching TV to afford it. Not long after this a new person came to live with Jeff, described as a young, “Asian looking” woman, who was every bit as weird as Jeff. One day he met her in the hallway and she just stopped to stare at him. When Marcel said hello, she just pointed at the door to her place and said “I stay here,” before standing there silently and watching Marcel walk off when he was on his way. When Marcel looked back to see her just standing in the hallway staring, she allegedly went into her apartment and slammed the door. Not the friendliest of sorts, then. 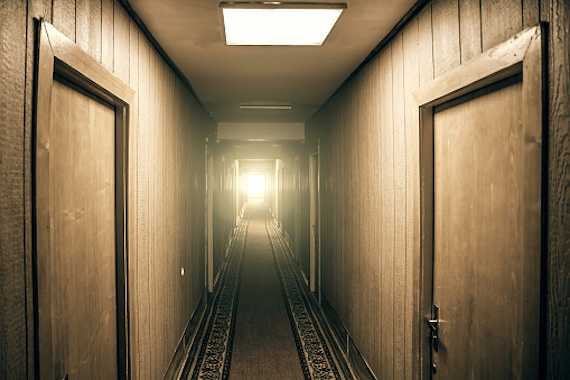 A few weeks after this, Marcel’s roommate came back to town for a while, and he had some strange details about the mysterious couple across the hall. The roommate told him that his friend had delivered pizza to the apartment one day and had noticed that Jeff had made every effort to block his view into the apartment, and when he had seen the Asian woman in the hall she had practically run the other way. The two of them speculated on what they did and why they were so odd, but they drew a blank. The following week the roommate went away on business again and the strangeness would continue.

One evening, Marcel came home from dinner with friends and ran into Jeff and the woman in the hall, startling them to the point that she dropped a bag of groceries on the floor to spill the contents everywhere. Marcel would remark on how every single item was canned meat. Marcel tried to help them pick it up but Jeff then commanded him in an angry voice, practyically a growl, to stop and leave it, and when he looked up to apologize he was shocked to see that Jeff’s normally blue eyes were now a deep, solid pitch black. It was startling enough that Marcel recoiled away, and when he glanced to the woman he could see that she too had those black, shark-like eyes. Marcel blinked his eyes and backed away as he stammered out an apology, and as he did this both of their eyes morphed back to their usual colors and they went into their apartment to slam the door without a further word, in such a rush that they left a bunch of their canned meat there littering the hall. Marcel went into his apartment, then thought that he should at least pick up the meat, but when he looked into the hall it was gone. 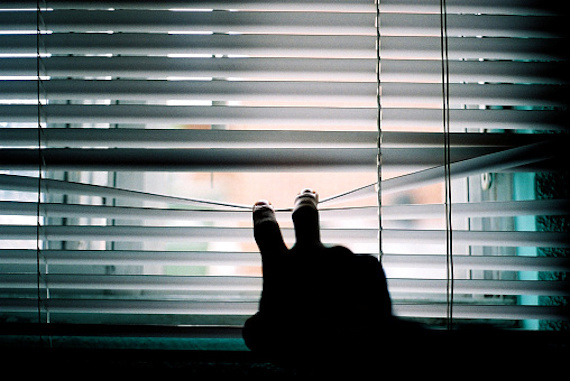 Marcel was now very unsettled, and as it was now November he made plans to get out of there for a few weeks and stay with some friends out of town for Thanksgiving. When he got back, he noticed that the TV was not on in Jeff’s apartment, and that the constant parade of delivery people had ceased. He dared to hope that Jeff and his weird roommate had moved out, and it would turn out that they had, with the landlord explaining that they had bailed on their rent and moved out in the middle of the night without saying a word. After this, Marcel would claim that he suffered some bizarre psychological effects. He became severely claustrophobic when he had never been before, and while normally a meat lover, he now found that meat repulsed him and he became a vegetarian. Indeed, meat seemed to make him sick to his stomach, such as a bit of chicken he ate that left him ill for days. In fact, he claims he was never able to eat meat again without getting violently ill. Was there any connection between this and that strange couple? Who knows?

Marcel would become convinced that Jeff and the woman were not human, and that they had somehow cursed him when they had looked into his eyes. Shortly after this, he would move to Boston and try to put the odd series of events behind him until he ran into paranormal investigator and author David Weatherly at a conference and tell him the story. Weatherly would include it in his book Strange Intruders, and it certainly is a hard one to really categorize. The strange couple, their odd behavior, the bizarre incident with the black eyes, the claustrophobia and unwilling vegetarianism, what does it all mean? Who were these people and were they even people at all? Whoever or whatever they were, they certainly were not very good neighbors. Whether they were just very weird folk or something more, it is a very weird case to just kind of file into the "things that make you go 'huh'" category.