Bigfoot Science Goes to School With a Research Book for Kids

Education is a hotly debated topic in the U.S. these days, particularly in the area of books and libraries, where discussions are often giving way to protests and activities that seem to be straight out of another book that might not make the cut these days – “Fahrenheit 451” by Ray Bradbury. That is why it is intriguing that a new science book is getting so much attention. “The Search for Sasquatch” by Laura Krantz is said to be written for middle-grade readers between eight and 13 years old and professes to be based in science. The author is an acclaimed journalist and science writer, so this non-fiction tome could potentially be placed in the science section of school libraries and potentially even in science classes. But … Bigfoot in school?

“I approached this from the standpoint of Bigfoot is a flesh-and-blood creature, the same as anything else on this earth. It's not magical. It doesn't have superpowers. And that's what I'm kind of hoping to encourage the readers to do, is say, OK, this is a really interesting idea. How can we look at this logically? How can we look at this through the lens of science?”

In an interview with National Public Radio promoting the book, Laura Krantz introduces her strategy for introducing middle schoolers to the idea of searching for Sasquatch as a real creature in the same manner as an anthropologist would. She then reveals she had an actually anthropologists as her inspiration: Grover Krantz, her grandfather’s cousin who was a controversial professor of anthropology at Washington State University -- controversial because he was also a cryptozoologist who publicly professed his belief in the hairy cryptid …. much to the chagrin of university officials and other anthropologists.

“He believed that that Bigfoot was descended from an ancient ape out of Asia called Gigantopithecus that had existed about a million years ago. It had potentially come over the Bering Land Bridge when sea level was very low, and migrated with a lot of other animals that came over at the time.”

Krantz described her eccentric relative to readers of Smithsonian magazine, but the museum itself was already familiar with him, -- it has a exhibit featuring the skeleton of Grover Krantz’s dog Clyde being held in a fond embrace by the skeleton of Grover himself! As a lifelong educator, he wanted to tech students even after his death and willed both bodies to the Smithsonian. Grover Krantz’s love of education and a little bit of his interest in Bigfoot seems to have been passed down to Laura, whose works have appeared in Popular Science, Smithsonian Magazine, Outside, High Country News and Newsweek, while her podcast, Wild Thing, has won acclaim from Scientific American, Rolling Stone, and The Atlantic. Krantz is now turning some of her podcasts into a book series, and “The Search for Sasquatch” is the first.

As a journalist, Krantz began by interviewing people who claimed to have Bigfoot encounters, and was struck by how many of them were avid outdoors people, hunters, wildlife scientists and wildlife biologists who could not explain what they truly believed they encountered. If such experienced people wouldn’t understand Bigfoot, how on Earth can children – who hear about it from the mainstream media, friends, social media ... every place but in school science classes?

“I'm hoping that this will help them learn how to parse some of that information. So, yeah, this is a really great story. You want to know more, explore, ask questions, think about what the possibilities might be, but also stay grounded in, you know, the reality of the world. And part of this is trying to help kids maybe be a little bit more scientifically literate, be a little bit more critical in their thinking about these kinds of stories and yet still realize that they can have fun with it and want to believe.”

Using Bigfoot to get kids more interested in science … what a concept! Krantz seems to be as wide-eyed with wonder as kids are when she goes out into the woods of the Pacific northwest and is shown things like alleged Bigfoot nests, which she says “might sound weird, except that gorillas also build nests.” That’s anthropology – and Krantz takes time to introduce this branch of science to middle schoolers in the book, along with tips on how to plan a scientific excursion to search for Sasquatch … bring a notebook for writing, a tape measure for measuring, a camera for recording and an eye and ear for anomalies like broken twigs, fur, grunts and nests. On the cryptozoology side, she introduces young readers to the many variations of legendary hairy beasts from around the world – Mapinguary in Brazil, Orang Pendak in Indonesia and more. She also provides a detailed glossary, copious references and an extensive bibliography for further research by inquisitive young wannabe anthropologists, crytozoologists and journalists.

But … does a book about Bigfoot belong in a science class or in the science section of the school library or in the hands of an avid young bookstore explorer? If not there … then where? Krantz provides some other ways to justify “The Search for Sasquatch” as a teaching tool.

"I think for some people it's the idea that the world is still wild enough and untamed and unpaved and unexplored that something like Bigfoot could be out there. I think we want that sense of mystery and that feeling that there's still things to find out there, because if we already know everything, then well, what's the fun in that?... I think, too, there's a sort of recognition that we need to preserve these wild spaces. It's almost an environmental mandate, a desire to preserve the sorts of places that Bigfoot could exist in, even if Bigfoot doesn't really exist."

While looking at the world – or at least some parts of it – as still wild, untamed and unexplored is appealing to many teachers, children and their parents, the idea of preserving these environments from human encroachment or from climate change are often driving those same parents and political leaders away from teaching about them … often to the point of fearing the very same ideas and proposing some very “Fahrenheit 451”-like solutions. Krantz seems to understand these dichotomies and promotes “The Search for Sasquatch” as a tool for getting kids interested in going outdoors … and way from screens which are flooded with ‘information’ but often not fact-checked. Krantz describes her goal for these kids … and her hope for the future.

"Part of this is trying to help kids maybe be a little bit more scientifically literate, be a little bit more critical in their thinking about these kinds of stories and yet still realize that they can have fun with it and want to believe and have a good time with it. I think the phrase is, be open-minded without your brains falling out."

What better way to promote scientific literacy and critical thinking than by reminding kids that they don’t want their brains to fall out! Kudos to Laura Krantz for following her own curiosity, learning about an interesting relative, taking a more scientific approach to investigating Bigfoot and providing middle schoolers with a fun approach to science. “The Search for Sasquatch” is now on sale … and hopefully in libraries too.

Get That DART Loaded Again, NASA - a Massive Nearby Asteroid Just Shifted It's Rotation 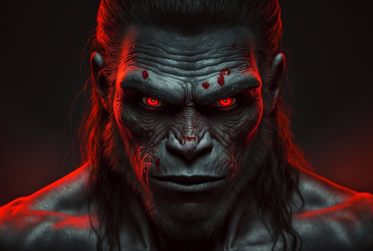 Nostradamus Predicts Human-Monkey Soldiers in Russia - Have They Already Been Seen in Sri Lanka? 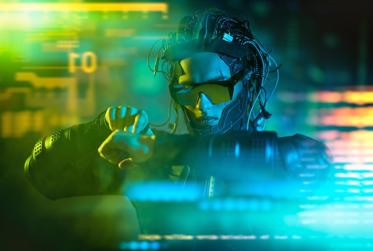