A former New York City police officer says he now makes his living as a “religious demonologist” – by that, Chris DeFloria means he performs exorcisms to rid homes and people of evil spirits. Those are actually two different occupations – a demonologist studies demons while an exorcist removes them, but those who call DeFloria are probably not going to nitpick – they just want him to rid their homes of spirits pushing them down stairs, ghosts taking control of cars and other real cases he has worked on. DeFloria is in the news this week because the demand for his services has turned it into a full-time job and a major case took him all the way to Maine where he claims a demon attempted to kill a terrified man. Why is New York Demonic Investigation in such demand and why do demons fear Officer DeFloria?

“I'm the one that goes in first and determines what is going on, and if it is demonic activity or not. I do what you would call Catholic House Exorcisms, of demonically infested homes and in the lives of people.” 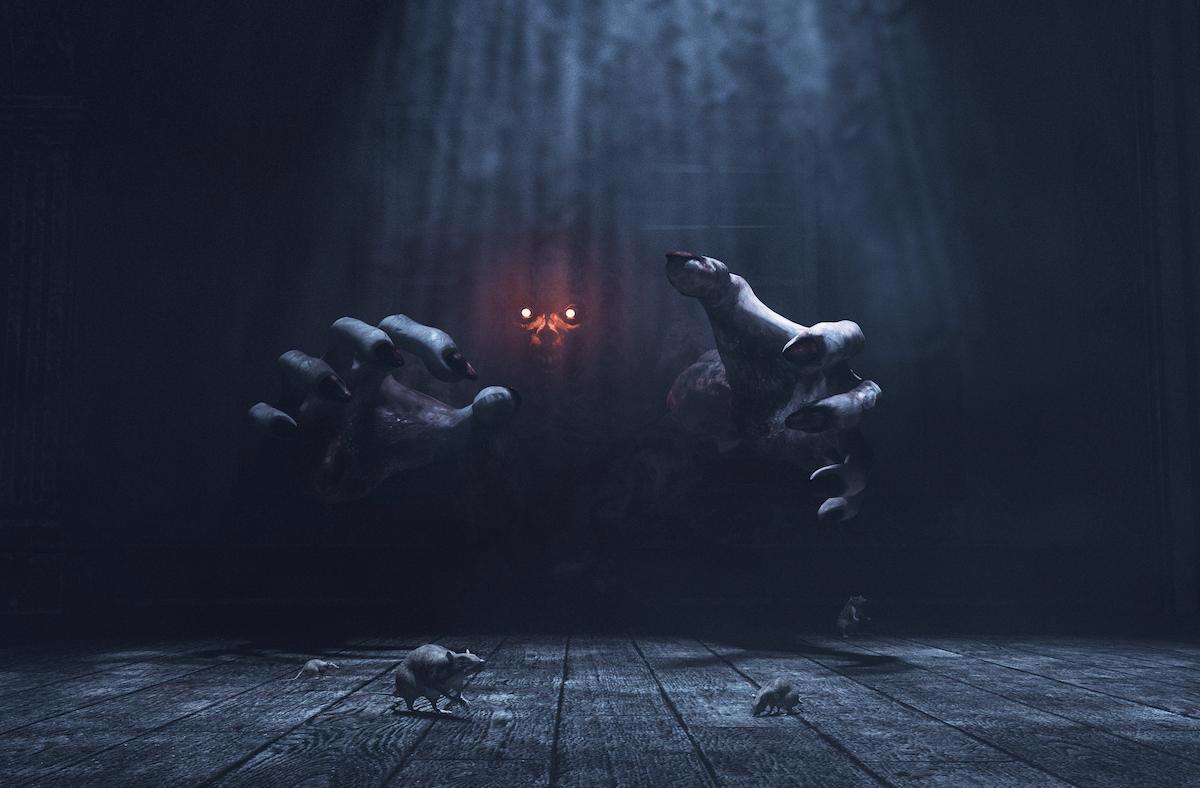 In an interview with The Daily Mail, Chris DeFloria explains what he does as a self-proclaimed demonologist for the non-profit organization, New York Demonic Investigation. But first he gets into how a 51-year-old, 19-year veteran of the NYPD stationed in Long Island became less interested in chasing speed demons and more interested in pursuing just plain demons. That began in 2009 when he and his wife Harmony, who is now his partner in New York Demonic Investigation, addressed some marital issues by going back to regularly attending church. As he tells The New York Daily News, he was inspired to start passing out bibles after work on his beat in New York’s 32nd precinct.

“This man was crawling around on the ground. He was making very, very high-pitched noises I never heard before — and he was eating his arm. That triggered something in me. And it changed the whole way I do ministry.”

In 2018, DeFloria made a missionary trip to Rwanda where he was first exposed to a person who appeared to be more than suffering from a mental illness – he was suspected of being possessed by an evil spirit. That pushed DeFloria to research demons and become a demonologist. As reported by The Bangor Daily, this is where his police background kicked in. When presented with a suspected house or building possession, he assembles a case file, interviews witnesses, gathers evidence and seeks reports from others who may have witnessed a person’s odd behavior. DeFloria says his first case took place in Florida at – of all places – Disney World, where his daughter and her friends claimed to be stalked by a demonic figure in a hotel … a figure that slammed doors and left a four-fingered handprint on a wall.

“It was Baptism by fire.”

Baptism is probably a good description of what happened next, since DeFloria is not an exorcist trained and certified by the Catholic Church. In this case and in others where he determines he is in the presence of a demon or evil spirit, DeFloria performed a minor exorcism where he recited prayers and sprinkled holy water – in a ritual similar to a baptism – until the participants felt the demon had left the hotel room. As word of DeFloria’s non-paying side gig spread, he was referred cases by church members, citizens in his precinct and even his fellow police officers. In one case in Harlem in the 32nd precinct, another officer called for his help after feeling a paranormal presence while making an apartment arrest. Cases like that put New York Demonic Investigation on the map and calls began coming in from other states. A woman in Connecticut found demonic pictures on wood beams in the attic and her granddaughter heard roaring sounds. DeFloria’s cop-like research uncovered evidence that the previous owner was a witch who may have called up the demons which he then drove out of the house.

While DeFloria generally sticks to house and building possessions and leaves the bodily possession to church-trained exorcists, , another out-of-state case took DeFloria and his wife Harmony to Aroostock County, Maine, where he was called in by a doctor who claimed he was being physically abused – pushed down stairs – by a demon. That is the story that caught the attention of the Daily Mail and helped DeFloria move to demon-chasing full time.

“There were lots of weird things happening in the house. Poltergeist activity. The security system went on and off, objects flying. My friend was embarrassed by this. It wasn't something he would talk about. He didn't want anyone to think he was crazy. You know when someone is embellishing a story - well this is real. He just wrote it off like there was something in his house that was trying to kill him.”

In his investigation, DeFloria talked to Sean Douce, a lifelong friend of the terrified man, who agreed that the doctor was being tormented by a demon of some sorts that was definitely trying to kill him. The friend says he knew this because he was in a car driven by the doctor when he saw the man’s personality change and his driving become so erratic that they were in danger of crashing. Douce claims he heard strange guitar music playing in the doctor’s house accompanied by unfamiliar voices. He found the doctor himself playing – he claimed something was moving his hand to songs he didn’t know – and the strange voices were coming from inside him. At that point, Douce remembered hearing about New York Demonic Investigation and called in DeFloria.

“He was demonically possessed, the demonic inhabited him. I don't do exorcisms. I call on exorcists when I need them. This turned into a case of demonic possession before our eyes.”

Against his normal rule and better judgement, DeFloria claimed he, with Douce’s help, performed an emergency major exorcism on the doctor because he believed the man was possessed by a demon. He, Douce and the doctor all believe DeFloria purged him and the house of the demon – the doctor claims he has no medical explanation for the possession nor the cure. 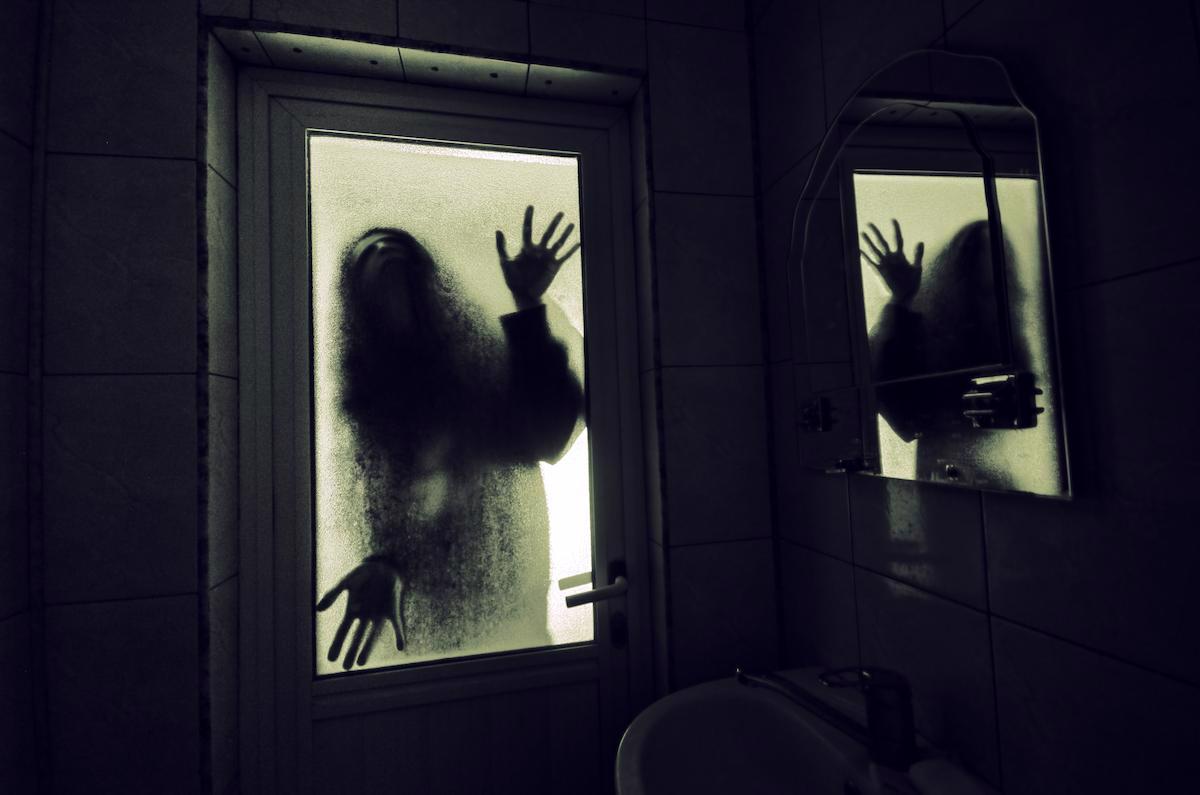 Based on ‘successes’ like this, DeFloria became swamped with calls and retired a year early from the police force. However, he’s not sure why there has been such an increase in demand for his services.

“People who calls us are people who are in extreme fear and have their life turned upside down by a spirit in their home. It ranges from young people to families to the elderly.”

Chris DeFloria says he is used to his services being ridiculed by skeptics, but it’s no worse that the abuse he had received as a New York cop. New York Demonic Investigation is an extension of “Seek and Save Outreach”, a not for profit ministry. While DeFloria says he does these investigations and minor exorcisms at no charge and will continue to “do my best to help anyone that calls with this issue,” the organization undoubtedly accepts and appreciates donations.

Many people today are fearful and have had their lives disrupted for a wide variety of reasons they believe are out of their control. Are their homes possessed by demons? Probably not. But often the comforting words and support of another is all they need to remove the ‘demon’ of fear from their lives. Is that a religion … or just being human?

Non-Invasive Mind Reading Using an Algorithm is Now a Reality