Fans of the cartoon “The Flintstones” know the names and relationship of the “modern Stone Age family” and their friends by heart: Fred Flintstone is the father, Wilma is his wife, Pebbles is their daughter, Barney and Betty Rubble are their neighbors, the Rubbles have an adopted son named Bamm-Bamm, and Pebbles and Bamm-Bamm eventually marry, making this group a modern Stone Age 'extended' family. Fans of ancient anthropology know that while a few fossil remains of European and Asian Neanderthals have been found, they are generally from sole individuals and ancient DNA analysis has found it impossible to determine if any are related to other fossils found in the same cave. That changed recently when teeth and bones of 13 Neanderthals found in two Sibeerian caves showed enough genetic similarities to be identified as fossils of related individuals. Is this the first Neanderthal Stone Age family?

“Genomic analyses of Neanderthals have previously provided insights into their population history and relationship to modern humans, but the social organization of Neanderthal communities remains poorly understood. Here we present genetic data for 13 Neanderthals from two Middle Palaeolithic sites in the Altai Mountains of southern Siberia: 11 from Chagyrskaya Cave 9,10 and 2 from Okladnikov Cave11—making this one of the largest genetic studies of a Neanderthal population to date.”

In a study published this week in the journal Nature, researchers led by 2022 Nobel prize winning Swedish geneticist and renowned Neanderthal expert Svante Pääbo express the frustration anthropologists have had in determining the social organizations and relationships of Homo neanderthalensis, the extinct subspecies of archaic humans who lived across western Eurasia from about 430,000 years ago to about 40,000 years ago and had bred with both Denisovans and modern humans enough to pass their genetic traits on to us. Knowledge of “social organizations” would include the size, sex composition and relationships of small cave-dwelling Neanderthal communities.

However, in 2007, paleoanthropologists from the Russian Academy of Sciences digging in the Chagyrskaya cave in the foothills of southern Siberia’s Altai Mountains found fragments of Neanderthal bones and teeth in piles that also contained 90,000 stone tools and butchered bison bones. Those fossils were taken to Dr. Pääbo and in 2020 he revealed the first full genome collected from a Neanderthal woman’s finger bone. With that valuable data, Pääbo and other researchers did DNA analysis on what had by now been identified as remains of 11 individuals in the Chagyrskaya cave. They suspected these Neanderthals occupied the cave during the same time period (between 59,000 and 51,000 years ago) because the fossils were found in the same sediment layer. Their teeth and bones would confirm or deny their suspicions.

“One adult male individual, Chagyrskaya D, was closely related to multiple other individuals in the group. We found a first-degree relationship between him and Chagyrskaya H, who is an adolescent female.” (from ” Genetic insights into the social organization of Neanderthals” in the journal Nature)

Laurits Skov, an evolutionary geneticist and postdoctoral researcher at the University of California, Berkeley, and co-author of the new study, told The New York Times that a broken vertebra from an adult male and a tooth from a teenage female showed enough common but tiny DNA variations that they were confirmed to be first-degree relatives. Further analysis showed their ages were so close that they could be father-daughter or brother-sister. Mitochondrial DNA, which is only passed from mothers to their offspring, showed that the male and female had different mitochondrial DNA, so they were not siblings.

“So that means that we can prove that this was in fact a father and a daughter” (Dr. Skov)

At that point, analyzing the DNA of the fossils became a kind of trip up the trunk and branches of a Neanderthal family tree as the researchers dug deeper into the DNA of these individuals. They found that an adult woman and an 8- to 12-year-old boy shared enough similarities that they were likely related – the age differences point to them being a grandma-grandson (first-degree relations) or an aunt-nephew (second-degree relatives). The researchers also determined that one male was a maternal relative of the adult father because he had a genetic anomaly called heteroplasmy, which only passes down a couple of generations.

"Our study provides a concrete picture of what a Neandertal community may have looked like. It makes Neandertals seem much more human to me." (Benjamin Peter)

Co-author and Max Planck scientist Benjamin Peter reflected the feelings of others on the team that these Neanderthals began to feel like their own extended family. It turns out this  Neanderthal extended family went beyond the walls of the Chagyrskaya cave. When the reserachers analyzed the remains of two more individuals found in the nearby Okladnikov cave, they identified genetic links to the ‘family’ of Chagyrskaya. That makes 13 Neanderthals in two caves who formed a related social community. The Denisova cave is within a few days walking distance from these two, but so far the researchers have found no familial DNA links between them and the 13 Neanderthals.

Dr. Skov warned those researchers like Peters not to get too close to this extended family of Neanderthals because they all came to a sad communal ending. Because their remains were found in one thin sedimentary layer, it appears they all died at once. There was some speculation that this could have been a cave that this band of Neaderthals visited regularly and buried their dead while there, Skov says that is unlikely. Oher research shows that the Neanderthals suffered from mass deaths during the times before they finally went extinct, sometimes because of accidents while trapped in a cave. Again, Skov says there are no indications of this in the Chagyrskaya cave. However there is a pile of evidence pointing to a possible other cause – the pile of bison bones. Skov thinks that the group may have had a bad year of hunting bison – climate or competition with humans are possible causes – and the families starved to death. 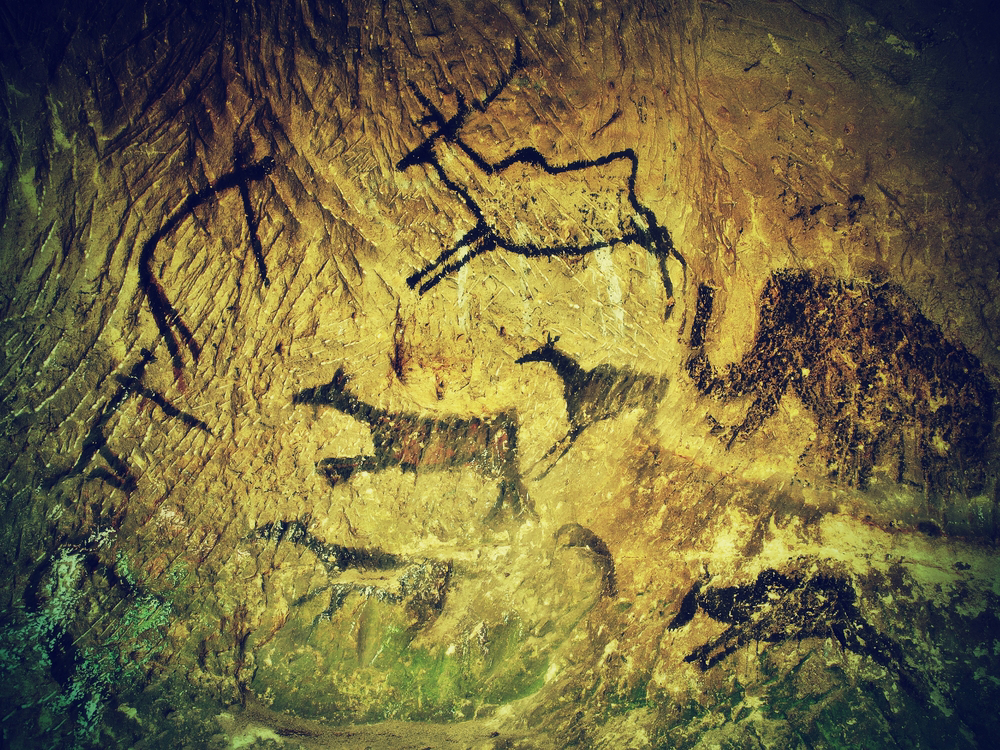 “Given these particular patterns of diversity that we see in the data, we can see that there’s not a lot of it.” (Dr. Skov)

Finally, the study looked at the genetic diversity of these Neanderthals and found very little, which they attributed to the fact that Siberian Neanderthals lived in small groups of 20 or fewer, and that the entire population of Neanderthals at the time was a thousand or fewer. That would make them endangered … which we now know they were.

The next step is to find similar families of Neanderthals in the Middle East or Europe and compare their groupings to those in the Chagyrskaya cave. Were the groups smaller in Siberia because of the cold or for some other reason? The study concludes that such research is important because the Neanderthals are “our closest evolutionary relatives.”

And now worthy of their own animated family series!

Archeologists Claim to Have Found the Legendary Sanctuary of Poseidon