Non-Invasive Mind Reading Using an Algorithm is Now a Reality

The desire to read the minds of other humans has been around nearly as long as there have been humans. It has been mentioned in the writings of ancient Greeks and in the Old Testament. People who claimed to be seers and oracles were often revered until their powers were exposed to be fraudulent or not as powerful as leaders of the time wanted them to be. Many early magicians were mentalists, which pushed the ‘talent’ into the realm of performance. Governments and military organizations studied psychics who claimed to read minds, while debunkers debunked many psychics as mere magicians. In recent years, scientists have studied the physical brain and the conscious mind to find ways to read thoughts with computers without physically invading the brain with probes – often with the goal of helping the paralyzed or communicating with those in a coma. That quest may finally have reached its goal -- for the first time, researchers claim they can “read” the words a person is thinking … and the key is a device that has become common in hospitals and clinics worldwide -- a functional magnetic resonance imaging (fMRI) machine. Should you be worried about your doctor reading your mind during your next MRI scan? 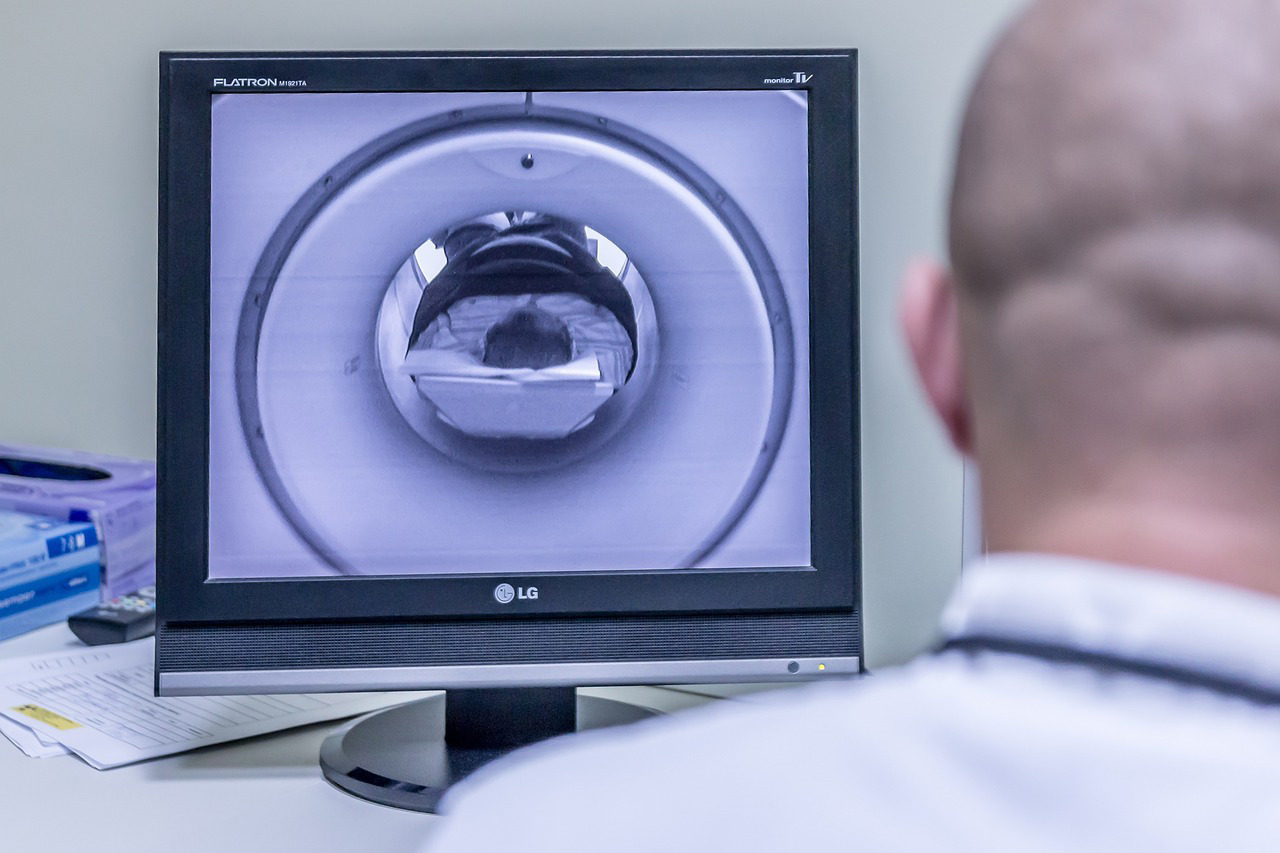 “If you had asked any cognitive neuroscientist in the world twenty years ago if this was doable, they would have laughed you out of the room.”

Alexander Huth, a neuroscientist at the University of Texas at Austin and a coauthor of the pre-published, not yet peer-reviewed study, “Semantic reconstruction of continuous language from non-invasive brain recordings,” explains to The Scientist in terms a layperson can understand how revolutionary this discovery is and how beneficial it can be in many different areas. While some attempts to read thoughts have been successful, they depend on recording and translating the firings of individual neurons – a process that requires penetrating the brain with probes. Huth and his colleagues from the Department of Computer Science at The University of Texas at Austin – Jerry Tang, Amanda LeBel and Shailee Jain – looked for a way to make non-invasive brain recordings that could then be analyzed with a new algorithm designed to convert them into words. Their first “Eureka!” moment came when they discovered a way to overcome the low temporal resolution of fMRI – since it measures changes in the blood-oxygen-level-dependent (BOLD) signal, it is extremely slow. Their solution was to develop an algorithm that decodes sentences and word sequences rather than individual words – scoring possible sequences and then selecting the best candidate.

The second “Eureka!” moment came after the team realized they needed hours and hours of brain recordings from people being exposed to a wide variety of audio stimulations. They solved that by exposing the three study subjects - one woman and two men in their 20s or 30s – to podcasts and radio stories from things like “The Moth Radio Hour,” TED talks, and audio readings of John Green’s “Anthropocene Reviewed.” Those are not exactly the kinds of things one listens to while walking on the treadmill, but they fit Huth’s criteria of being from a broad range of stimulating subjects. As the people listened to the recordings, the fMRI recorded their BOLD signals from their brains

The final “Eureka!” came when Hume and his team developed a new decoder algorithm to reconstruct continuous natural language sequences and sentences from cortical representations of semantic meaning recorded by the fMRI. The decoder was then “trained” by comparing the fMRI brain recordings of the three subjects to the 16 hours of information they listened. Once that initial training was done, the decoder algorithm was then allowed to predict what the fMRI readings would look like when the subjects were exposed to other audio recordings. The goal here was to broaden the power of the decoder beyond the words and sentences used in the original 16 hours of recordings – in other words, to learn to translate new and different thoughts.

The decoder algorithm then had to be evaluated and fine-tuned by scoring it on matches and misses. That process found that the meticulous “guess-and-check” procedure eventually put the sentences together and generated an entire story that was then compared to the radio broadcasts and podcasts. Hume noted to The Scientist that while the stories were understandable, the decoder didn’t do well with pronouns and got mixed up differentiating between first- and third-person … something many humans also have problems with. In Hume’s words, the decoder “knows what’s happening pretty accurately, but not who is doing the things.”

Is this a big deal? Sam Nastase, a researcher and lecturer at the Princeton Neuroscience Institute who was not involved in the research, called it “mind blowing” that so much information could be translated from a non-invasive fMRI recording. Even more amazing, the decoder was able to go beyond just reading and translating the thoughts of people listening to audio recordings.

"Given novel brain recordings, this decoder generates intelligible word sequences that recover the meaning of perceived speech, imagined speech, and even silent videos, demonstrating that a single language decoder can be applied to a range of semantic tasks.”

Obviously, real world applications of this mind-reading decoder algorithm are severely limited by the fact that the subject must be inside a massive fMRI machine. Hume is testing it with magnetoencephalography, a portable noninvasive brain imaging technique. Besides reading minds, Hume points out that the decoder gave the team more insights into the physical aspects of the brain during thought – future experiments will focus on specific parts of the brain to determine which was used for different types of language.

Getting back to the idea that we now have a non-invasive way to “read minds,” Hume admits that many people find it “creepy.” With privacy such a big concern these days, what would happen when a person’s mental privacy is invaded? They found that the test subjects must be willing participants in the experiments and that they could easily foil the mind reader – by thinking about non-related topics or making up other stories while listening to the podcasts, they were easily able to completely fool the decoder. 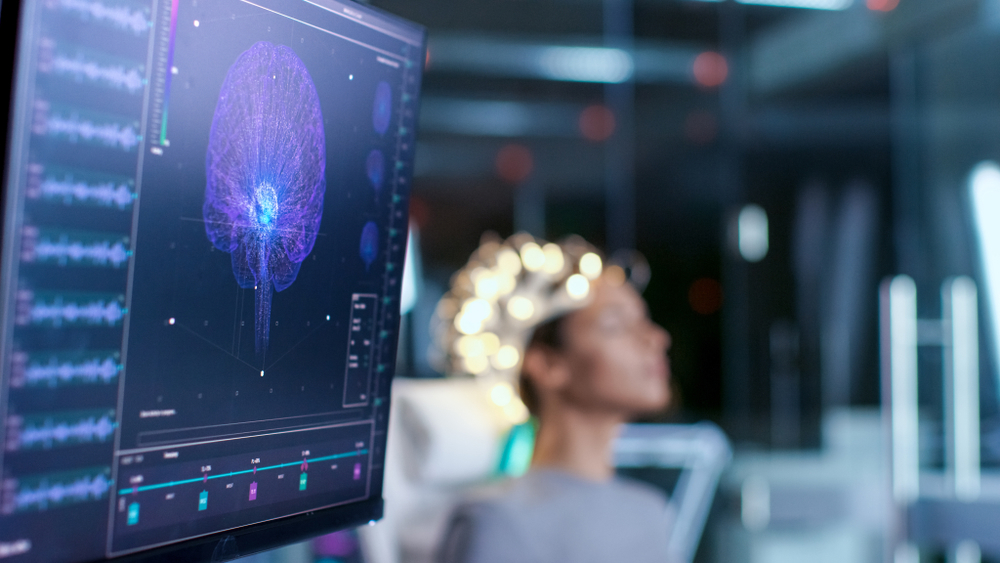 The idea that this decoder algorithm can definitely read the minds of people inside fMRI scanners listening to recordings and imagining stories is indeed mind blowing. It is the kind of thing that mind readers and mentalists have been claiming they could do for centuries – and never proving their power. We now have proof that a machine can do it.

Think about this and not in an fMRI … what do we do now?

Men in Black: How I Got Involved in the Mysteries of the M.I.B. and the Women in Black