Souls Possessing Other Bodies: The Weird World of Spiritual Walk-Ins

The traditional belief of the cycle of life, death, and the afterlife is that we are born, we live, we die, and then we move on to some other plane of existence, or coversely to oblivion. With regards to the afterlife, the details of how this all works are as varied as the many religions that believe it to be so, but the main gist is that some sort of soul leaves our body to move on to somewhere else. However, what if that is not the end, and that it is more complicated than that? Can souls somehow traverse the ether to manage to find a new body to inhabit in the world of the living, allowing them to live on? Can souls inhabit other bodies and possess them like some demon from an exorcism? Here we move into the very strange world of what are called "walk-ins," those souls that move on not to some afterlife, but into another body.

In New Age beliefs, what is called a “walk-in” is basically a person whose original soul has departed their body and has been replaced with a new, different, soul, which then takes over control and lives in this new form, sort of like a car changing drivers. The soul that originally inhabited the physical form more or less vacates the body and the new soul walks in, and this apparently usually happens voluntarily on the part of the host for the new soul, who has entered into an agreement with the walk-out soul, perhaps because the original soul has experienced extreme trauma or an accident, has fallen ill, is in some way incapacitated, has seemed to "die" on the operating table during surgery or is suicidal, and wants the new soul to sort of take over where they left off. It is all very often intertwined with the phenomenon of near-death experiences. The new soul may also enter the host body when it is sleeping, under anesthesia, or otherwise unconscious. These walk-ins are mostly described as highly evolved souls who have come to Earth to help humanity in some way or to carry out missions of cosmic significance and don’t want to bother with the long and tedious process of incarnating in the usual fashion through birth. This allows them to immediately engage in their business without needing to spend decades living out a new life and maturing and growing in the normal way. 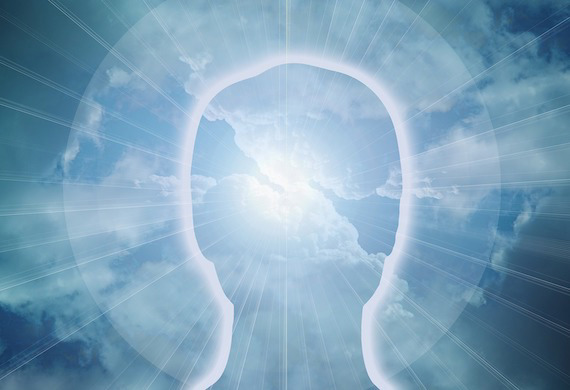 Once a walk-in has arrived, it is said to retain all of the memories of the of the original personality, although they will exhibit their own personalities and abilities. They may act completely out of character with the original occupant of the body, have skills and abilities the former did not possess, speak in a language they did not know, or identify by a different name, and they will have no emotional connections or feelings about the cascade of memories they have retained from the original personality. This complete change in personality and behavior is usually one of the first signs that a person is a walk-in, and it can all be quite jarring or even frightening for those who knew them as the old personality, almost akin to a spirit possession only usually permanent. This can cause a lot of problems because the walk-in is essentially a new person, and may find difficulty adjusting to the new life or get divorced from their spouses. The walk-in may also be confused at first as to what is going on, not even aware themselves that they are a walk-in, and it can supposedly take days, weeks, or even months or years for them to realize what they are and attempt to integrate into their new life, and sometimes they never become aware of it at all. The walk-in will also usually claim to not know what has happened to the other soul they have replaced, such as whether they remain lingering on earth, have gone to some sort of heaven, or have been reincarnated, with no connection to who they have taken over from.

Although the walk-in experience is usually permanent, this is not always the case, with some relinquishing the body over to the original soul after some goal or life change has been accomplished, and they may sometimes even try to coexist within the same body. It is also not always the case that the walk-in has entered the new body with the explicit voluntary consent of the original soul, with some of these more advanced souls forcefully invading the body to take over because they feel the original soul was on a wrong or destructive path and they perceive themselves as helping them get their life back in order, whether the native personality wants them there or not. It is also seemingly not always necessarily true that the soul is highly evolved, has noble goals, or is willing to give up the body once it has taken over. One such tale of a walk-in that refused to leave its new body even in death comes to us from India, and the Sunday Guardian Live says of it:

Many years ago, near Doiwala, situated in Uttarakhand on the Dehra Dun- Rishikesh-Haridwar road, a man had gone for his daily dip in the river when a flash flood carried him downstream and he drowned. At that precise moment, a wandering spirit saw the opportunity and entered his body which, now occupied by a new spirit, emerged from the river and walked back to where his chappals and clothes were heaped on the river bank and wore them. A part of the soul’s consciousness stays with the body for some time after death and using that, the “new soul man” walked back to his homestead and locked himself in a room. Family members were even more shocked when the ‘new soul man’ declared in a strange voice that from now on, food, etc, was to be left outside the door.  They were even more alarmed when a few days later, whiffs of a foul smell began emanating from the room. A chance visit by a sadhu seeking alms led, after a struggle and great resistance from the spirit—“I won’t leave, I won’t leave,” he shouted, to the eviction of the new spirit. When the locked door was broken open, they discovered a decomposed body.

Although the idea that a soul can enter another body and take over control is a concept that goes back centuries back to ancient cultures, the modern idea of walk-ins was brought into the public consciousness by journalist and author Ruth Montgomery, who popularized the concept in her 1979 book Strangers Among Us, which is a collection of accounts of walk-ins, followed up by her second book on the matter Threshold to Tomorrow. Montgomery maintains that walk-ins are “Idealistic but not perfected souls, who, through spiritual growth in previous incarnations, have earned the right to take over unwanted bodies, if their overriding goal is to help mankind.” She believes they are here to help the world prepare for a new era that will take place at the close of this century, possibly after a polar shift or a devastating war leaves civilization in tatters and ready to be led into a Golden Age, and her ideas on the walk-ins have been the basis for most New Age beliefs on the phenomenon. 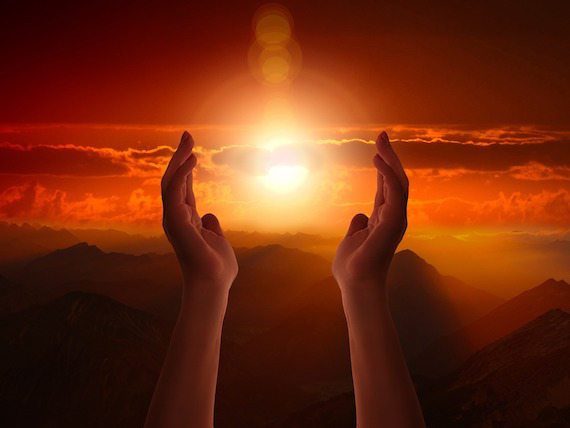 According to Montgomery, all manner of renowned historical and prominent modern figures are in fact walk-ins. Some of these include Moses, Ben Franklin, Gandhi and Jesus, as well as Christopher Columbus, Abraham Lincoln, Joseph Smith Jr., Mary Baker Eddy, Albert Einstein, and many of the founders of the American nation, notably George Washington, Alexander Hamilton, Benjamin Franklin, Thomas Jefferson, James Madison, and Abigail Adams, whose walk-ins she claims were the real orchestrators of the Declaration of Independence, among many others. Montgomery claims that she was first taught of the existence of these walk-ins by a group of evolved entities she calls her “guides,” which she says channel the information for her books through her.

Over the years there have been many reports of people claiming to be walk-ins. One of these supposedly happened to a woman named Carol Parrish, of Clearwater, Florida, who claims this occurred in 1958 while she was giving birth to what was to be her sixth child. She says doctors gave her two shots of Sodium Pentothal to ease the pain, but that a violent allergic reaction caused her to almost die there on the operating table. As she hovered near death she allegedly left her body and could see herself lying there below her, and that as she looked around trying to figure out what was going on there was a tunnel of light. At that moment she woke up again, but not as herself, but rather as a different soul. She would claim that the “Young Carol” had gone off into the light that day and that she had taken up residence in the body instead, and from there her life would be completely changed. Shortly after this near death experience and soul swapping, Carol began having out of body experiences and frequently seeing an apparition of herself lurking about, and her personality changed so much that her husband would leave her in 1967. She would eventually adjust to her new life, but claim that her experience had completely transformed her existence.

Another case is that of a woman called only “Shari,” who worked as a high school principal in Wyoming. One day she was visiting a friend, who happened to be a psychic healer, and at some point she felt dizzy and ill. Her friend laid her hands on her and at that instance she says strange lights and colors exploded around her, and that a “golden, pulsating energy” went into her spine. The experience was intense enough that she lost consciousness, and when she awoke she claims that she was no longer Shari, but a new soul called “Juelle.” Luckily for her, although everyday tasks became difficult for her and it was hard for her to adjust, her family eventually accepted the situation. Juelle would later dedicate her life to helping other walk-ins make the transition into a new body and life, and believes the experience changed her for the better. Is there anything to all of this? Can souls perhaps enter into new bodies just as they leave them upon death? Is this the fate of some highly evolved souls, to go on to possess other bodies and guide them somehow? It is all a really rather wild concept, and whether any of it is true or not it is a very weird realm of the paranormal, indeed.

Channeling Alien Entities and the Weird Story of the Unarians