Throughout history we have gone off over new horizons to explore strange new lands and shed light on the dark places of our maps. Exploration seems to be an inborn desire in our kind, to chart the uncharted and to tame that which we do not understand. For centuries these explorers have not only shone new light on exotic places, wildlife, and peoples, but they have also brought back stories of the bizarre that have managed to defy explanation. One such tale comes from a Spanish conquistador in the 16th century, who had many adventures in the New World and brought back a story of a supernatural, possibly alien entity terrorizing the Natives of the region.

In 1526, the Spanish conquistador Álvar Núñez Cabeza de Vaca set sail for the New World. At the time, it was considered to be a place full of vast, untapped riches, with the conquistador Hern n Cort having defeated and subjugated the powerful Aztecs and reaping huge wealth from it, which had in turn caused a mad dash by Spain to move in and get rich. Thousands of conquistadors were pouring into the Americas with visions of gold and jewels dancing through their heads, and one of these was Cabeza de Vaca. In 1526, Charles V commissioned the conquistador Pánfilo de Narváez to explore, conquer and settle a portion of North America called La Florida, which stretched along the Gulf coast from Mexico to Florida, and along with him was Cabeza de Vaca, who was appointed treasurer and second in command. They set off over the horizon in 1527 on five ships, along with 600 soldiers and colonists with dreams of riches beyond their wildest imaginations, but dark clouds were looming, and it was to prove to be a disastrous journey. 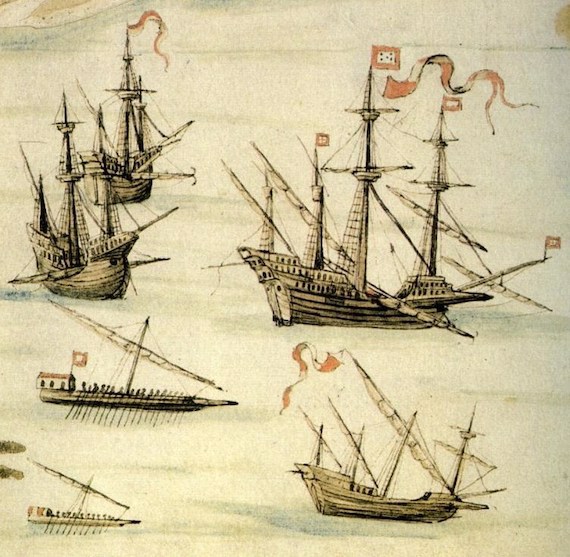 The whole expedition seemed cursed from the beginning. Problems started as soon as they arrived in Hispaniola to pick up supplies, where 150 of Narváez’s men chose to say behind rather than continue on. After spending some time there resupplying and building a sixth ship, they travelled on to Cuba in order to obtain more horses, where they were hit by a hurricane, resulting in the destruction of two ships and the loss of sixty men and twenty horses. After overwintering in Cuba, they continued on their journey towards La Florida, planning to stop at Havana along the way for supplies but were thrown off course by another storm, forcing them to continue on short on food, water, and other essentials. They managed to limp into what is now Tampa Bay, where they met with some tribes and got their first piece of good news when they were told that there was a place to the north called Apalachee, which was supposedly filled with gold and food. This was more like it, and they immediately started plans to journey there.

Much to Cabeza de Vaca’s objections, Narváez decided to split their force up, with a contingent staying with the ships to go ahead and find a suitable port in Mexico, while around 300 men were assigned to travel overland. For 15 days they made their way inland, and there was no sign of any Indian settlement full of riches. In fact, when they did come across some Natives they proved to be living in poverty, and on top of that were very aggressive, attacking the conquistadors but ultimately being driven off. It would be seven weeks before they reached their destination, a place that their Indian guides assured them was Apalachee, but which had no gold. The guides then said that the gold was really at a settlement called Aute, about 5 or 9 days away through swamps and wilderness.

The expedition pushed on and their misfortune would continue. The hot and humid, mosquito infested swamps killed off several of the expedition, and they had frequent skirmishes with hostile natives. Their food supplies dwindled, men fell sick, and when they did reach Aute it was found to be a burned out husk, its inhabitants having burned it down and abandoned it long ago. The Spanish decided to try head out and find their fleet in Mexico, and along the way their food supplies ran out and they were forced to eat their horses. They reached the coast and managed to make some crude boats to reach Mexico in, but the powerful current swept them out into the Gulf, where the five rafts were then separated by a hurricane and many men died, including Narváez. The remaining men then landed in what is now Galveston Island, in Texas, and their woes would continue. Almost right away their rafts were washed away by large waves, and disease, the elements, and a lack of supplies caused the men to drop like flies, while others were enslaved or killed by native tribes, and soon they were calling this place Malhado, or “Ill fate”. This is where the next chapter of Cabeza de Vaca’s odyssey would start.

Cabeza de Vaca went off with a small band of survivors and began wandering through Texas and portions of Mexico, traveling from tribe to tribe and learning their ways. During this time Cabeza de Vaca would become sympathetic towards the Natives he encountered and adapt to their way of life. He would become known among the Native people as a healer, and he is credited with performing the first surgery of the New World. His group attracted numerous native followers, who regarded them as "children of the sun," with vast supernatural powers to heal, or to conversely destroy. It would not be until 1536 that he would finally make his way to the Spanish colony in Mexico and be reunited with his own people, telling strange tales of the Natives and his adventures, which he would compile into a book called La relación y comentarios ("The Account and Commentaries"), which documents his journey and gives great insight into the land and the culture of the Native tribes. It is within this book that, among the pages describing wildlife, the landscape and the ways of the Natives, that one can find a rather strange report that really stands out. 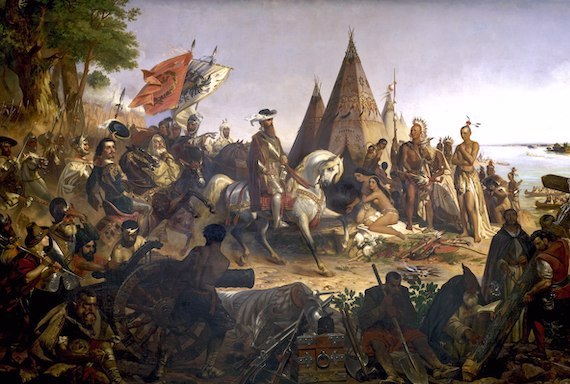 Cabeza de Vaca and his few remaining men heard about the tale as they were visiting a tribe in South Texas called the Coahuiltecan. The tribespeople claimed that some years before their village had been visited by a mysterious stranger they called Mala Cosa, or the “Bad Thing.” This entity was described as being somewhat smaller than a man, covered with hair, sporting a thick beard, and immensely strong, but despite his animalistic appearance he was said to be able to speak, sometimes wore clothes, and was in possession of several advanced tools such as a glinting “flint” knife that was said to be far sharper than anything the tribe had ever seen, as well as a “blazing wand” that had the power to paralyze people. An odd detail was that the entity’s facial features were said to be indistinct and blurry, and orbited by a strange mist. This mysterious stranger was also said to have an array of supernatural powers,

The Mala Cosa was described as being alternately benign and malevolent. It was said to sometimes show up to village events to simply watch from afar, while on other occasions it would raid the village and steal food. On more sinister occasions it would supposedly use its knife to attack tribal warriors, and would purportedly enter huts at night to kill tribespeople, after which it would remove certain organs or limbs with incredible precision. While the Mala Cosa was known to be fierce and to attack people, he would also sometimes use his powers to close the wounds afterwards, or to heal the injured. Very rarely the creature would interact with tribespeople, such as one time when a villager asked where he was from and Mala Cosa pointed towards a crevice in the earth and replied in their language “from down below.” This creature would apparently terrorize the village for some time before disappearing just as suddenly and mysteriously as it had materialized. At first Cabeza de Vaca and his men dismissed the story as nothing more than Indian myths and legends, but when some of the villagers showed them their scars they became convinced that they were telling the truth. Considering the entity’s appearance, Cabeza de Vaca thought that the stranger was a demon, perhaps even the Devil himself. Researcher Brad Folsom has said of it: 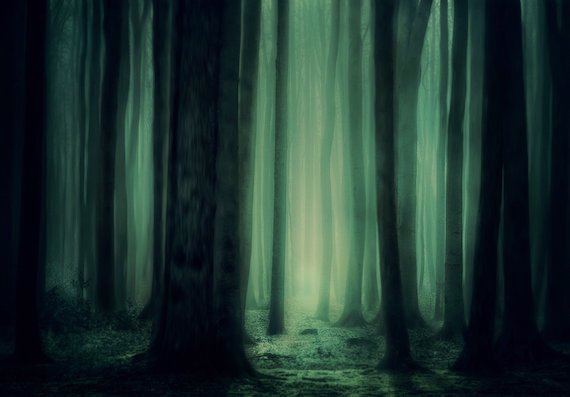 The report is rather intriguing in that it is the only mention of the supernatural anywhere in any of his accounts of his travels. Cabeza de Vaca was not a superstitious man, and was considered to be a meticulous and a rational observer not prone to making up tall tales or buying into them. Everything else in La relación y comentarios would later be found to be completely true, factual and accurate, with archeological and historical evidence able to explain everything else in the book except this, so what are we to make of this story? Why would Cabeza de Vaca suddenly talk about supernatural phantoms and Boogiemen in an otherwise rational and factual account? What was the Mala Cosa, if anything? Obviously the tribe was able to somehow convince Cabeza de Vaca that this was real, so what could the entity have been? Some theories include that the tribe had experienced a collective hallucination or that they had actually seen a shipwrecked Spaniard and that his strange appearance had caused them to explain him as some supernatural creature, while more fringe ideas are that it was a Bigfoot, an interdimensional interloper, or an alien.

What is going on here? What did those Natives see and why were they able to convince this otherwise rational and impaccable observer to include it in his otherwise level-headed and accurate depiction of life among the Natives of the region? Was this a Bigfoot, an alien, an interdimensional interloper of some kind, or merely a wayward Spaniard or even pure myth and tall tales? It is certainly an odd account that has been lost to the mists of time, and we will probably never know for sure.