The question of what happens to us after we die has been a question that has perplexed us and haunted us since time unremembered. What happens to us after death? Do we move on to some other realm, or do we just fade into oblivion? These are things that we do not know, for all of our philosophizing and debating they are mysteries that remain beyond us. Back in the 19th century, one man decided he was going to answer this question once and for all and prove that we do go on to another realm. The only thing was, he had to die to do it.

In the late 19th and early 20th centuries Spiritualism was taking the United States by storm. Largely propelled by the Civil War and then World War I, with so much death and mourning there was a desire to hold on to the belief that death was not the end, and that we and our loved ones lived on somehow after our body had died. Spiritualism was firmly anchored to the idea of some sort of afterlife, and the idea that we can reach over to the other side to communicate with the departed. To this effect, spirit mediums, psychics, séances, and Ouija boards were extremely popular at the time, and although there were certainly many charlatans, hoaxers, and scam artists, a good proportion of society fully believed in life after death and the ability for spirits to reach over into the corporeal world to manifest in the world of the living. One who believed perhaps more than most was a man by the name of Thomas Lynn Bradford. 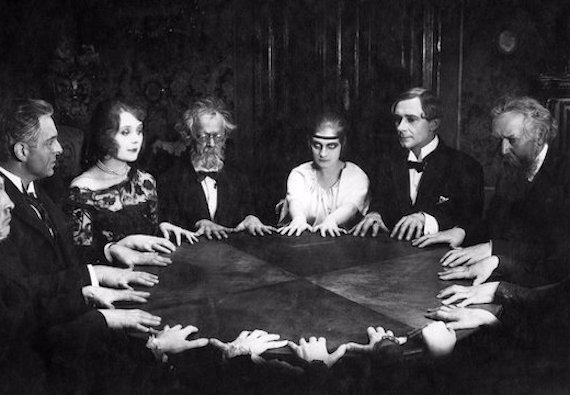 Bradford was for the most part a pretty normal, unassuming guy living in Detroit, Michigan. A widower and sort of jack-of-all trades doing odd jobs that ranged from carpenter, to electrical engineer, to even acting, his life was mostly uneventful until the early 1920s, when he began to nurture an intense interest in Spiritualism and the idea of contacting his dead wife. It is unclear just what triggered this interest, but by all accounts he became absolutely obsessed with the idea of life after death, attending séances regularly and giving lectures, and he wrote numerous articles and essays on Spiritualism, the occult, and psychic phenomena, even claiming that he himself was psychic. In January of 1921, he decided to take his interests to the next level, and he put an ad in the newspaper requesting an assistant to help him with an experiment he wanted to carry out in “spiritualistic science.”

Not long after this, the ad was answered by a woman named Ruth Doran, who was a widow and a respected writer and lecturer from a prominent Detroit family. Interestingly, Doran was not a Spiritualist or a medium or psychic, and in fact she wasn’t even sure at the time that she believed in such things. She would say that she had answered the ad out of simple curiosity, and a “desire to know more about a thing in which I was little versed.” Upon meeting Bradford, she was quickly taken in by the world of Spiritualism, and felt a strong connection, almost an infatuation, with him. This is perhaps why she did not run for the door when she found out what kind of experiment Bradford had in mind. He would explain to her that “there was but one way to solve the mystery—two minds properly attuned, one of which must shed its earthly mantle,” in short, that he meant to die to prove a life after death.

Bradford believed that the only way to truly prove the afterlife once and for all was to kill himself and then come back to communicate with Doran, something she seemed to be surprisingly okay with for a person who claimed to have had absolutely no prior interest in Spiritualism. In his mind, he was to be a true pioneer in the realm of life after death and indeed science itself, as the proof of an afterlife he was confident he could show would be the greatest scientific discovery in the history of humankind. To him, he wasn’t just dying, he was an adventurer journeying to the fringes of our understanding, like an astronaut going into the deepest depths of space. He must have really sold Doran on the idea, because she agreed that upon his death she would hold a vigil and hold seances to wait for his messages to be dictated to her from the other side. He absolutely meant to go through with it too, because on February 5th, 1921, Bradford closed his bedroom door, blew out the pilot on his heater, turned up the gas, and rocketed out of the mortal realm towards his destination. Police would find a typed message, still sitting in his typewriter, which read:

And it is through scientific facts that I propose to demonstrate clearly the phenomena of spirits and prove that all the phenomena is outside the domain of super-natural. 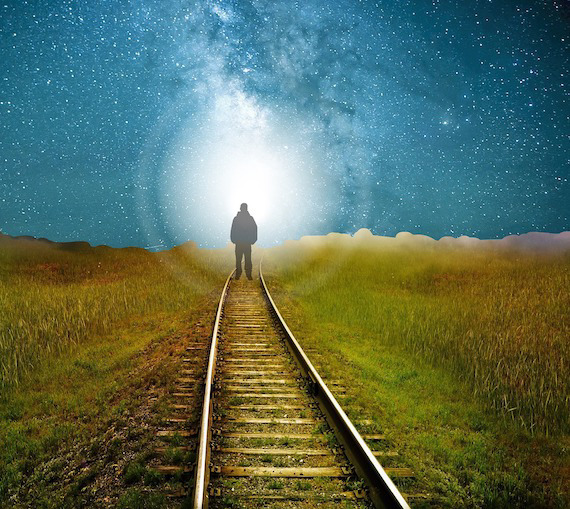 An investigation was launched, and although Doran was at first seen as highly suspicious or at the very least complicit in the death, it would be ruled a suicide and she would claim that she had not seriously believed Bradford would actually go through with it. With no evidence of any wrongdoing, Doran was never charged with a crime in relation to Bradford’s death. In the meantime, the news of the death was in all of the major papers, often with lurid or sensationalized headlines and constant updates on the case. What a lot of people were morbidly thinking at the time was not what a tragedy it all was, but rather whether or not Bradford would follow through with his promise and bring a message back from the other side. Doran did her part, dutifully keeping constant vigil and holding regular séances, but there was no response from Bradford.

As Doran kept trying, a psychic medium by the name of Lulu Mack came forward to claim that she had been contacted by Bradford when he called out to her during a séance and said his name. Mack, who claimed that she had never heard of Bradford before that, explained that he had indeed been strenulously trying to communicate from the other side, but that his spirit was too weak because he had died of a suicide. She said that he was only in “the first sphere of the heavenly constellation,” so she was getting only garbled messages from Bradford, but she would not be able to fully understand what he was trying to say until he strengthened his spirit by reaching a different “heavenly altitude,” a process that she said could take years. Her claim is a bit suspect, since it seems impossible that a Spiritualist would not have heard of Bradford’s case, which was splashed all over the news, so her claims were met with some skepticism from those who thought she was just looking for publicity. 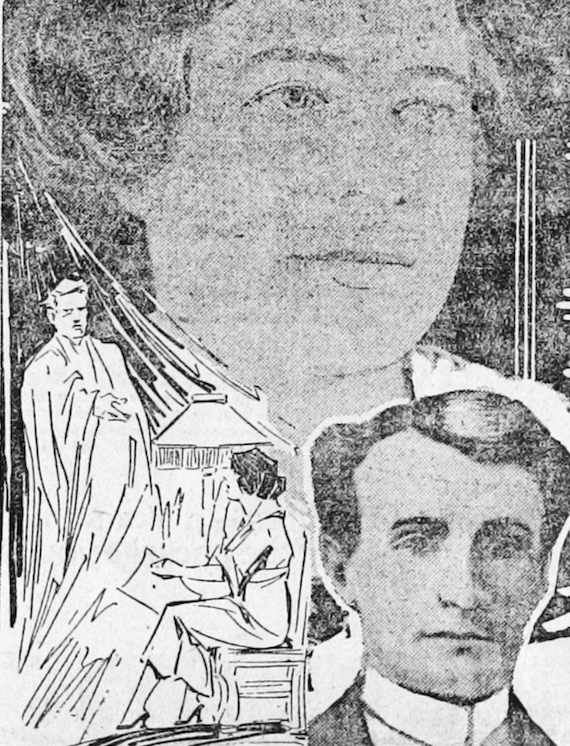 Whether Mack was telling the truth or not, not long after this, Doran would claim that she was visited by a presence in the room with her who she believed to be Bradford. She said that although he was too weak to effectively communicate, she had the strong image of 9 p.m. imprinted into her mind, which she took to be from Bradford. She came to the conclusion that he meant to try to break through the veil at that time, and that if she could summon support from the Spiritualist community they could maybe “accelerate the return of his spirit.” To this end, she rallied as many Spiritualists as she could and told them to focus on Bradford at 9 p.m. When the time came, Doran and a group of Spiritualists held a séance, during which they allegedly all felt Bradford’s presence and the lights went out. Doran then claimed that she was getting a message from Bradford, and dictated it as follows:

I am the professor who speaks to you from the Beyond. I have broken through the veil. The help of the living has greatly assisted me. I simply went to sleep. I woke up and at first did not realize that I had passed on. I find no great change apparent. I expected things to be much different. They are not. Human forms are retained in outline but not in the physical. I have not traveled far. I am still much in the darkness. I see many people. They appear natural. There is a lightness of responsibility here unlike in life. One feels full of rapture and happiness. Persons of like natures associate. I am associated with other investigators. I do not repent my act. My present plane is but the first series. I am still investigating the future planes regarding which we in this plane are as ignorant as are earthly beings of the life just beyond human life.

With that, Bradford’s spirit faded away and he was not heard from again. Was this really a message from Bradford? It is hard to say, as it is rather vague and says nothing that many Spiritualists hadn’t talked about before. There is nothing at all about the message that couldn’t have been made up by Doran on the spot. There is no way to know if Bradford really did break through and give that message, but even if it was real, it is far from the ultimate proof he had sought and certainly not convincing evidence that he had successfully communicated from the other side. What was going on here? What did Bradford find on his strange journey and did he really get through from the other side? No matter what the answers are to these questions it remains an odd case and a strange historical oddity.