The term “near-death experience” implies the person experiencing it survived … at least long enough to describe the event and memories to someone else. The term “cardiopulmonary resuscitation” or CPR implies a person appears to be in a state of cardiac arrest or heart stoppage which is a sign that death may have occurred or is imminent but there is a chance the heart can be resuscitated or restarted before actual brain death occurs. CPR is easy to teach to non-medical personnel and, as a result, is one of the most common medical procedures used. Consequently, there are probably a lot of people who have been near death and who have been resuscitated by CPR who can discuss the experience. A new study has found that one in five people who survive CPR after cardiac arrest remember lucid experiences of death from that mysterious and little understood period of time. What exactly do they remember … and can it help the rest of us? 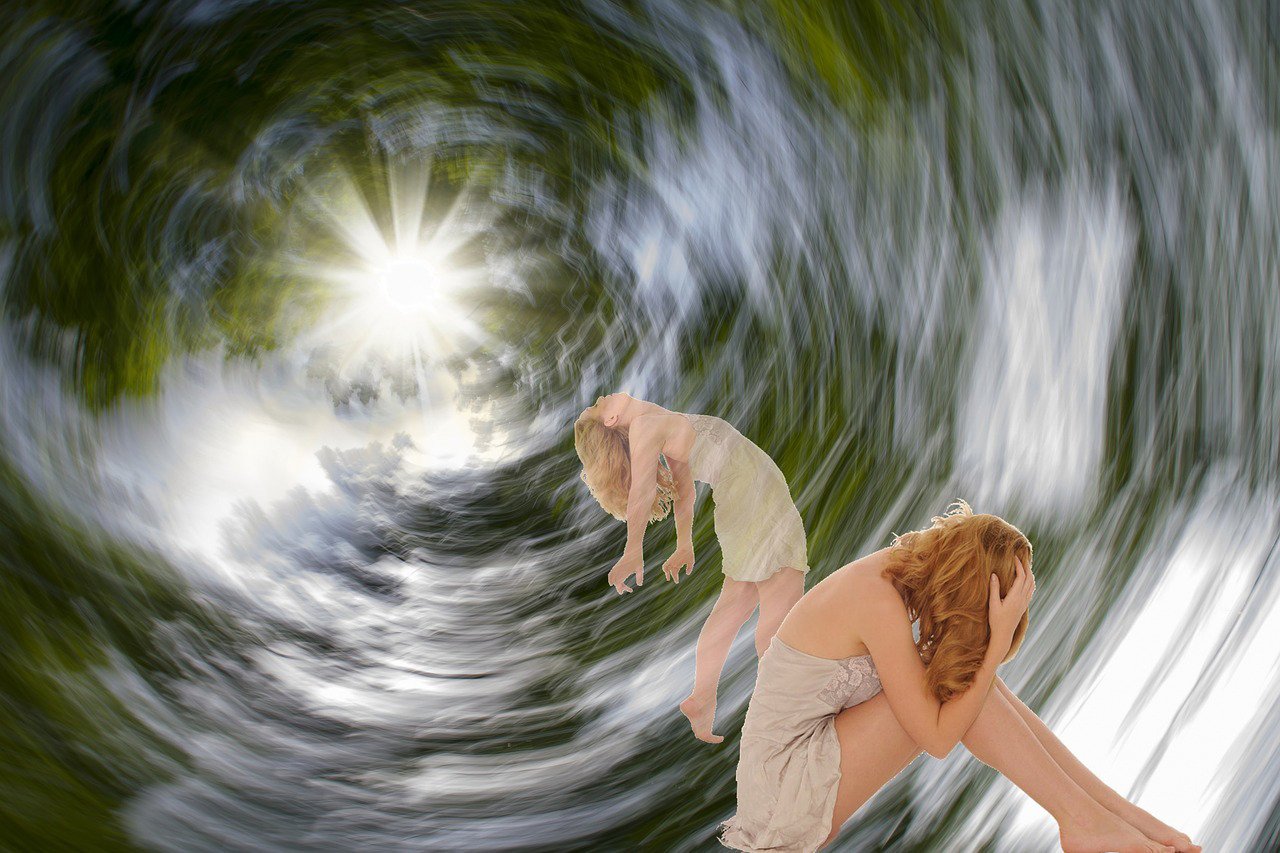 “These recalled experiences and brain wave changes may be the first signs of the so-called near-death experience, and we have captured them for the first time in a large study.”

In a press release from NYU (New York University) Langone Health, Sam Parnia, MD, PhD -- an intensive care physician, associate professor in the Department of Medicine at NYU Langone Health and the lead investigator in the near-death/CPR study – details the hows and whys he and his team presented recently in a resuscitation science symposium at the American Heart Association’s Scientific Sessions 2022 in Chicago. The study was conducted between May 2017 and March 2020 in the United States and United Kingdom at the perfect places to find people receiving CPR – hospitals. During that test period, 567 men and women whose hearts stopped beating while hospitalized and who received CPR were studied. Despite being in the best place to receive CPR by trained personnel with excellent backup resources, fewer than 10 percent of the 567 patients at 25 hospitals recovered sufficiently to be discharged.

For those unfamiliar with the procedure, cardiopulmonary resuscitation (CPR) involved performing regular chest compressions on a person who is in cardiac arrest. The goal is to manually maintain blood circulation and preserve brain function until the heart is beating normally again or is connected to an emergency heart machine. These patients are generally not breathing or breathing abnormally, so the chest compressions can help restore regular breathing as well. The technique became popular in the early 1960s and was taught with mouth-to-moth resuscitation, but that procedure is no longer consider to be effective. On the other hand, CPR is and anyone who can should try to learn it from a qualified instructor.

Those fortunate survivors in the study were interviewed about their experiences. Parnia says one in five were able to remember unique lucid experiences. Those experiences may be familiar to those who have had or been exposed to someone who has had a near-death experience: a feeling of being separated from their body, observing painful events like surgery without feeling pain, and a ‘life flashing before my eyes’ evaluation of past actions and relationships with others.  intentions, and thoughts toward others. These NDE memories were found to be different from hallucinations, illusions, dreams, or CPR-induced consciousness – a state of cerebral activity that ends when CPR ends. While these have been reported before, the study doctors had the added benefit of having equipment at their disposal to detect for hidden brain activity. According to Parnia, they saw spikes of brain activity -- so-called gamma, delta, theta, alpha, and beta waves -- up to an hour into CPR. While these patients were in a state of trauma, the brain waves did not register that – instead, they were the same as those created when a person is conscious, thinking and retrieving memories.

“These lucid experiences cannot be considered a trick of a disordered or dying brain, but rather a unique human experience that emerges on the brink death.”

This is where the lines are blurred between the physical, mental and religious definitions of dying. Parnia points out that the legal definition of physical death does not mean the end of all physical bodily functions. If that is the case, why should it be the end of all mental functions? He gets around the questions about how these measurable electrical signs of lucid and heightened brain activity could happen when all else is failing by describing it as a new experience that only occurs at death – which is why it has never been seen or measured before.

“(This reveals) intriguing questions about human consciousness, even at death.”

Parnia says the brain has natural “braking systems” that normally keep thoughts under control – think of this as inhibiting ideas of abnormal behavior, scary or tragic memories, etc. He proposes that the dying brain takes its conscious foot off of the brakes and puts consciousness in a state of “disinhibition” where stored memories, thoughts from early childhood to death, and other aspects of reality are unleashed. He hints that this may have once served a real purpose for humans, but evolution has removed or hidden the purpose of these dying thoughts while leaving the “near-death experience.” 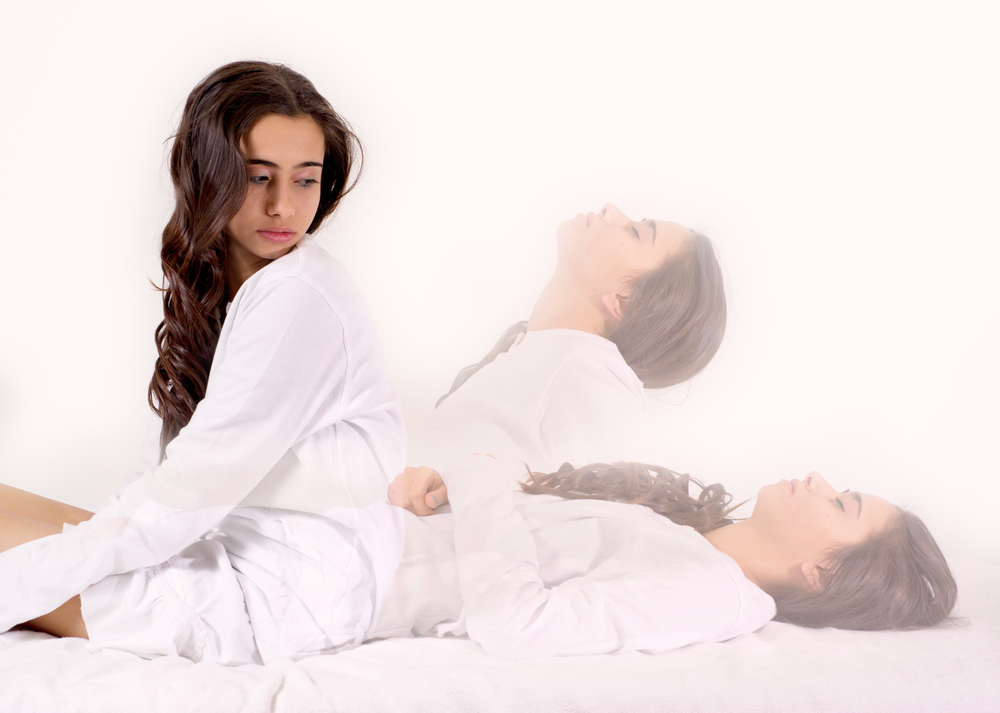 The study included testimonies from 126 survivors of cardiac arrest who had near-death experiences but were not revived in a hospital by CPR to remove the possibility that the cardiopulmonary resuscitation was facilitating the memories and found the near-death experiences they recalled were the same themes. While this doesn’t explain the meanings of these common near-death experience memories nor the memories of being aware of the process of death, it shows that these experiences are real and the brain waves generating them can be measured in a controlled setting – in a hospital where CPR is being administered to a patient hooked up to a brain monitor. That is an extremely small segment of the death population, but it proves this warrants further investigation without prejudice.

Dr. Parnia wants to more precisely define the biomarkers of what is considered to be clinical consciousness, collect more near-death experience memories and monitor the long-term psychological effects of resuscitation after cardiac arrest. All he needs now is volunteers to go to the brink of death, take good notes and return to tell him about it.

Spies of the Paranormal Kind: The Strangest Ways to Take Down the Enemy