The Pacific island nation of Tuvalu is preparing for the existential threat of rising sea levels that could flood it completely by creating a digital twin of Tuvalu in the metaverse which will replicate its beautiful islands, preserve its rich culture and maintain its national sovereignty of 12,000 citizens. Despite his obvious connection, Mark Zuckerberg will not be king, president or sovereign overlord.

Surveys by biologists from the Siberian Branch of the Russian Academy of Sciences have found that the Laptev and Chukchi-Alaska polar bear populations living in the Republic of Sakha or Yakutia are mating with brown bears to create an increasing number of hybrid brolar bears which are better suited to live in an area where climate change is melting the arctic ice polar bears need to survive. The tough part is getting the brolars to agree on whether they are white with brown patches or brown with white patches.

The Artemis 1 mission is on its way to the Moon and Snoopy – actually a doll replica of the Peanuts dog dress in a NASA pressure suit – is bouncing around the Orion spacecraft doing its job as the "zero-g indicator" (ZGI) giving viewers tuning in on NASA’s television channel something to watch on the humanless 25-day flight. If they’ve been paying attention to past television broadcasts from Earth, aliens could really mess with our minds by showing up outside the capsule in a red Fokker biplane.

A security guard at the Finochietto Sanatorium in Buenos Aires, Argentina, claims he let a woman in at 3 in the morning, put her name in the logbook and sent her on her way to room 915 to look for the ID and belongings of a patient who had died the day before … but the security cam video shows the guard talking to no one and the name, surname, and ID in the log matched that of a patient who had died in the sanatorium. While some at the hospital think it was a hoax, security guards everywhere are rewatching ‘Ghostbusters’.

A new study in The Planetary Science Journal shows that Mars' largest moon Phobos shows signs of being ripped apart by the extreme gravitational forces exerted on it by the Red Planet and the unusual grooves covering Phobos' surface are not scars from an ancient asteroid impact but are actually canyons that are growing wider as the moon gets stretched out by the gravity of Mars. No wonder astronauts planning a return to our own Moon are pushing to land on the far side.

"Ghost Adventures" star Zak Bagans shared a video from his museum in Las Vegas which appears to show an allegedly haunted doll falling off a shelf in a special room reserved for haunted dolls – the really scary part is when the doll appears to roll over without anyone touching it. Somewhere, an Elf on the Shelf is saying to the doll next to it, “Hold my hot cocoa and watch this.”

Paleontologists from the Canadian Museum of Nature in Ottawa estimate from new research and modeling on T. rex bones that the largest ones may have tipped the scales at 33,000 pounds (15,000 kg), making them heavier than an average school bus and 70% bigger than “Scotty”, the largest T. rex specimen on record that was which weighed 19,555 pounds (8,870 kg) when it was alive or about the size of 6.5 Volkswagen Beetles. If these researchers want to get the attention of the general public, they need to start giving these T. rex estimates using the weight of electric vehicles.

The genealogy site MyHeritage has released its latest AI tool, 'AI Time Machine', which turns personal photos from your camera into realistic images from history – showing how you would look as a Viking, a Roman warrior, a medieval knight and more. If you get your photo back as a Viking and it still looks like you, it’s time for your annual bath and shave.

From the “This changes everything!” file comes word that the cost of industrial carbon dioxide has been rising since the summer due to the energy crisis and it is causing beer prices to surge because breweries need the gas to carbonate beer – industrial CO2 is a byproduct of fertilizer production which is dropping fast as factories shut down. For beer drinkers, the energy crisis has finally come to a head.

A new species of indestructible tardigrade has been discovered living in the mosses and lichens on sand dunes in Finland and researchers at  the University of Jyväskylä named it Macrobiotus naginae after Voldemort’s snake companion Naginin in the Harry Potter books - Nagini was transformed from a woman to a limbless creature and forced to live in the sands. Those horrible sand fleas that work their way into your bathing suit should be called Voldemorts.

Great ape researchers found that young chimpanzees like to show off objects they have in a very human-like way – proving that chimps are willing to share information with others without any prompting or rewards or self-serving purposes. If you fear “The Planet of the Apes,” this is why the great apes will never take over our government.

While we’re watching for life-destroying asteroids like the one that killed the dinosaurs, geologists now say a series of mass extinctions during the Devonian Period over 300 million years ago may have been triggered by the evolution of tree roots which flooded the oceans with excess nutrients, causing massive algae growth that depleted most of the oceans’ oxygen and killed off the fish. When it comes to mass extinctions, roots are the root of all evil.

Researchers from the University of Tokyo played clips of the music of Lady Gaga, Queen and Michael Jackson as well as a Mozart Sonata at four different tempos and found that rats bob their heads in time with the music – they preferred songs in the 120 to 140 bpm range. If they pull out little cell phones to record the songs or start yelling “Play Freebird!” … we’re in big trouble.

Malaysia's most haunted house - the infamous SG House where the owner’s wife murdered and decapitated her husband’s mistress and hung her on the house's front door where her husband found it and died from a heart attack which caused the wife to feel guilty and hang herself in the house, thus prompting stories of the ghosts of all three haunting it – is being auctioned  with the starting bid set at RM4.4 million ($966,000). For those who fear haunted nightmares, the garage can be used as a detached bedroom.

Researchers in Melbourne, Australia, claim they’ve invented a hydrogel that is injected into the vas deferens – the male sperm-carrying tubes – to prevent the sperm from travelling from the testes … thus making this a “temporary vasectomy” and a potential game-changer in the field of contraceptives. It doesn’t do anything if you’re still a third-string benchwarmer in the dating game.

The Mars InSight lander may have sent its last photo from the Red Planet as its solar panels are so covered with fine red Martian dust that it can no long recharge its batteries. It will soon be sending its last words, which will probably be, “Why didn’t you think to land that Ingenuity helicopter closer so it could blow off this dust?”

A Flat Earther advocating the moon landings were fake and the Earth is flat was handcuffed and detained at Kent State University in Ohio after an unidentified male who claimed he was upset because he is a physicist and knows the Earth is not flat got into an altercation with him. Do Flat Earthers demand to be put in jails serving pancakes instead of meatballs?

After completing its secret mission of 908 days in space, the Air Force tried to secretly land its uncrewed X-37B space plane at NASA's Kennedy Space Center but the sonic booms gave it away. Maybe next time they should try landing on the 4th of July.

A Pennsylvania family is terrified after the mother saw what looked like a ghost clown on the outdoor security camera at 3 am – it’s not the first ghostly event at the rental home so they decided to move out. Which is scarier – a ghost clown or a clown ghost?

The past photos of alleged time travelers keep on popping up – the latest is a photo posted by two brothers of their grandfather as a soldier in World War II holding what they claim is a modern smartphone ... while it looks real, some viewers speculate it is a mirror used for shaving or sending signals. If it was a cell phone, he’d be calling home to send more cigarettes.

Was the Betty and Barney Hill Incident a Top Secret Mind-Control Test? MK-Ultra? 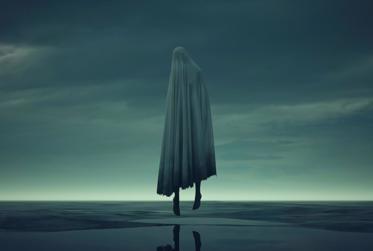