This is election season in the U.S., so it is hard to find anyone willing to admit they believe what the government is telling them. That holds true for taxes, social programs, the economy … and UFOs. The U.S. Director of National Intelligence is already late with his updated report to Congress on Unexplained Aerial Phenomena that is supposed to include all new UAP incidents over the past year and any previously unreported incidents. Leaks have already surfaced that a majority of these UAP/UFO sightings will be attributed to weather balloons, debris from space launches and satellites, foreign surveillance, drones and other terrestrial causes. This follow-up to the DNI's initial report was expected to address the more than 400 UAP incidents since then. The October 31 report is late but the leaks aren’t … and they are pretty disappointing.

“It was not clear how much of the new intelligence report would be made public. But of the cases that have been resolved, most have proved to be either errant junk in the sky, like balloons, or surveillance activity, officials said. Incidents recorded in the past year, for which more data has been collected, have turned out to have ordinary, earthbound explanations.”

Let’s start with the leaks reported by The New York Times. It notes that there have recently been a number of sightings by U.S. Navy ships which have been identified as surveillance drones either directly or indirectly controlled by the Chinese government and military. It also points out that much of the UAP data is classified and will remain that way – precisely because it, like the drones, is attributed to foreign governments and the Pentagon doesn’t want to reveal how these UAPs were detected and identified. Sue Gough, a Defense Department spokesperson on UAP affairs, gave the usual “don’t hold your breath” on new revelations about old sightings.

“In many cases, observed phenomena are classified as ‘unidentified’ simply because sensors were not able to collect enough information to make a positive attribution. We are working to mitigate these shortfalls for the future and to ensure we have sufficient data for our analysis.”

OK, if they’re beefing up technology for identifying new non-drone sightings … what are they? That is where the leaks on the new report trend to ‘very disappointing’. The Times says unnamed insiders report many are mere optical illusions that make ordinary objects look extraordinary in both appearance and performance. For example, the green triangle UAPs seen in some videos are now said to be drones photographed through night-vision lenses. Then there are the UFO videos which The New York Times itself was the first to make public. The leaks now say the so-called “GoFast” video which appears to show a UAP moving at an impossible speed was merely an illusion created by the angle of observation against water and actually topped out at a snail-like 30 miles per hour. The so-called “Gimbal” video appears to be spinning – an illusion attributed to the optics idiosyncrasies of a classified image sensor designed to help target weapons. Finally there are the UAPs which appear to hover, then move at impossible angles, then shoot off at high speeds can’t be explained yet … but are definitely “not a piece of alien technology.”

“The 22-page report, compiled by the Office of the Director of National Intelligence (ODNI), analyzes 366 cases – and only about half of them could be explained, two sources close to the department said.”

Moving on to the leak coverage by The Daily Mail, that media outlet implies its sources are less confident that the UAPs are terrestrial technology, indicating that half remain unexplained by angles, lens anomalies, weather balloons, space junk or classified drones. The Daily Mail’s sources in the ODNI sound very frustrated with their own department.

“They're patting themselves on the back that they've resolved over half of them. But we don't give a crap about the ones they've resolved. Yeah, there's balloons up there, and balloons are sometimes mistaken for UAP. But there are s***loads of classified videos that are pretty profound and pretty clear. They don't want to talk about this stuff, because they really, really don't know what the hell they are. That's the truth.“

The ODNI source said, “There's some pretty spectacular videos” but they were pushed out in favor of reports on foreign surveillance … leaving “the other 49 per cent that were not resolved.” The informant also indicated that the number of reports coming in has grown to “five a month, maybe 10 a month” and each could have data on 10 incidents. The Daily Mail suspects the delay in releasing the public report this week is due to the fact that it is the same as the classified report sent to the Armed Services, Appropriations, Foreign Affairs or Relations, and Intelligence committees of the House and Senate – that’s unusual since the Pentagon is only required to release a summary non-classified report to the public.

In its report on the leaks, ABC News notes that “There is no assessment for what is being seen in the third video commonly referred to as the "Flir" video that was taken in 2004.” NBC News reminds readers that “there is precedent for the Defense Department, scientists and the media playing down reports of UFOs rather than prioritizing truly open scientific inquiry.” That precedent is the final 1969 report on the 1950s and 1960s Air Force UFO task force named Project Blue Book, which Northwestern University professor J. Allen Hynek, a key consultant on Project Blue Book, claimed later was “singularly slanted” to debunk UFO reports y focusing on the easy-to-explain cases, leaving more than a third of the rest unexplained. NBC News also notes that NASA’s recently announced UFO task force, which is supposed to be scientific and objective, will only be looking at unclassified data. 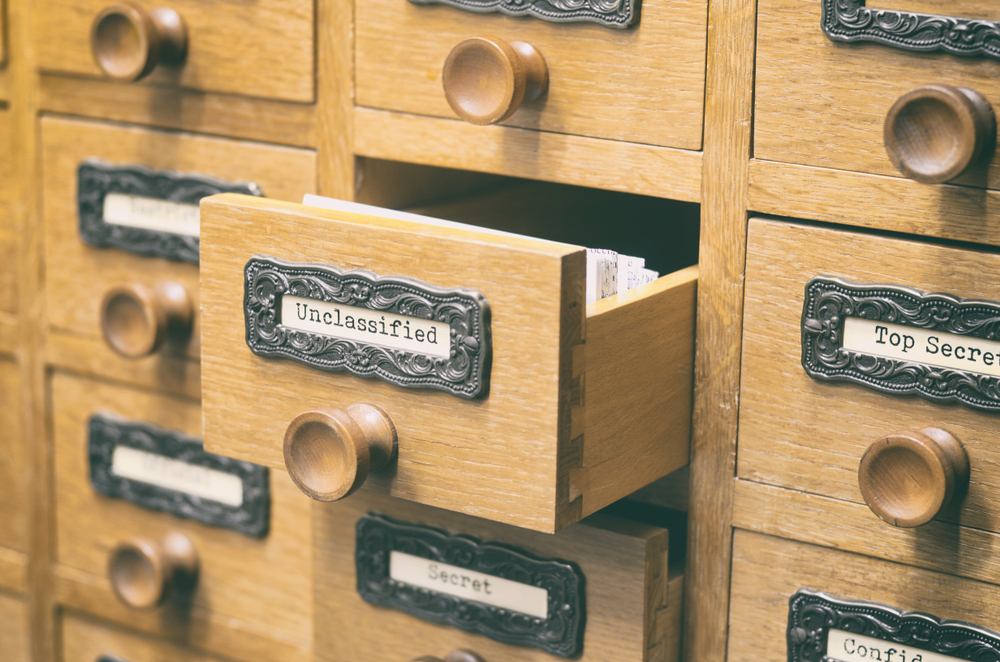 While all of these media sights give excellent coverage of the delayed report via their internal sources, NBC News give the best summary of where we are today when it comes to these government UAP//UFO investigations and reports.

“It’s often said that those who don’t learn the lessons of history are doomed to repeat it. If government and academia don’t do so with UFOs, we may end up with another independent scientific panel in another 50 years, but be no closer to the truth.”

“No closer to the truth.” Is this our permanent state today? Is there anything we can do to change it?

A Handful of Bizarre Creatures: And They're All Elusive and Legendary