Bryce Laspisa seemed to have a lot going for him and a bright future ahead of him. After graduating from high school in Chicago, Illinois, he moved with his family to California, where he ended up enrolling at Sierra College, where he studied graphic and industrial design. The naturally artistic Laspisa apparently flourished in his new environment, doing well in his classes and making friends with his easygoing charm, as well as meeting his new girlfriend, Kim Sly. Indeed, his first year at college went incredibly smoothly, and there was no reason to think that he wouldn’t be able to make all of his dreams come true. There was certainly no reason to think that dark days were ahead of him, or to suspect that he was about to become the center of a bizarre unsolved mystery.

The summer after his first year at school he went to visit his parents’ home in Laguna Niguel, California, and was by all accounts acting normally and eager to get back to school. There seemed to be nothing out of the ordinary at all, but as soon as he returned to school his behavior seems to have noticeably changed. At first it was all rather subtle, but his girlfriend and close friends noticed that the normally open and cheerful Laspisa had become uncharacteristically morose, depressed and withdrawn. He also had strange mood swings and was described as not being quite his usual self. This soon rapidly graduated to frequent liberal drinking, something Laspisa had never really been into before. His roommate and friend Sean Dixon would report that he had taken to drinking hard liquor every night, something he had never done before, getting drunk practically every evening and passing out, which was all rather shocking to those who knew him best. Even more worrying was than Laspisa was found to have started taking a medication called Vyvanse, an amphetamine derivative used to treat ADHD, even though he didn’t have this condition, and which can produce severe side effects including psychosis, depression, and mania. When asked about it, Laspisa shrugged it off and said he only took it to help him stay awake playing video games, but his friends were not so sure. As his behavior continued to unravel and become increasingly erratic, his friends and family began to suspect that something in his life had gone very wrong, but he told everyone he was fine and refused to talk about it.

On August 27, 2013, Laspisa broke up with his girlfriend by e-mail, telling her that she was better off without him, and he also sent Dixon a weird message saying “I love you bro, seriously. You are the best person I’ve ever met. You saved my soul.” He would on the same day give Dixon his beloved X-Box video game console, and he also gave away a pair of expensive diamond earrings his mother had given him. On August 29, he called his mother, Karen Laspisa, to tell her that he had a lot to talk to her about and that he was going to drive home to visit them, without giving any details on what was so important that he had to suddenly go back home just a couple of weeks after having just going back to school. He then got into his car at around 11:30 p.m. and drove off into the next chapter of the strange mystery.

At around 9 a.m. the following morning, Laspisa apparently ran out of gas outside the town of Buttonwillow, around 200 miles north of Laguna Niguel, after which he made his way to a rest stop and called roadside assistance. He was then brought some gasoline but did not continue on his way. At this time, Laspisa’s mother had made repeated failed attempts for three hours to contact her son, but his phone was off so she contacted the roadside service company that had brought him the gas and asked them to check on him. When the attendant arrived, he found Laspisa in the exact same spot as he had been when the gas had been brought to him hours before, and he then apparently called his worried Mom to tell her that he had just been trying to get some sleep and would be on the road again shortly.

The hours went by and Laspisa never showed up at his parent’s house, and when 6 p.m. rolled around and he definitely should have been at home his mother filed a missing person report with the Orange County Sheriff's Department. They did not have to look far, because bizarrely Laspisa was still sitting in his car at the very same rest stop he had run out of gas at that morning. He had been there at this point for at least 9 hours, so the officers suspected drug or alcohol use, but there was no evidence of this at all and he passed a sobriety test with flying colors. When asked what he was doing out there he said he was on his way to meet a friend and “let off some steam,” but he gave no reason for why he had been sitting in his car there at that rest stop all day. With no reason to detain him for anything and the fact that Laspisa had broken no laws, the authorities left him there to his own devices, merely telling him that his mother was worried about him and that he should turn his phone back on. The hours went by, and when the roadside service company went out to the rest stop to check at 10 p.m. it was found that Laspisa was still oddly near the spot where police had found him hours before. He had now been sitting there spacing out for around 13 hours, and this time the attendant persuaded him to be on his way. It would only get weirder from there. 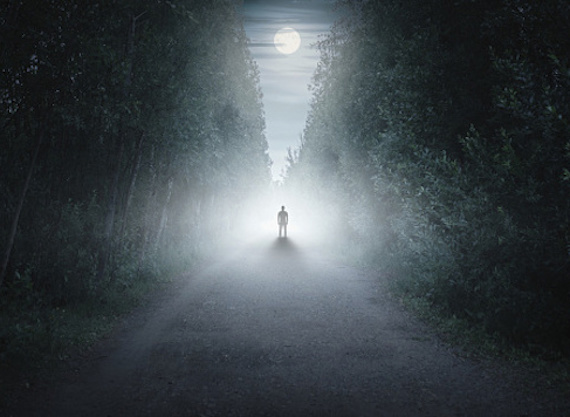 Laspisa would get back in touch with his parents again later on, calling them to update them on his location, and he claimed that he could not tell where he was, but that that his GPS navigation indicated he would arrive home at 3:25 am on the 30th. At 2 a.m. that morning, just a little over an hour before he was scheduled to finally arrive home after his bizarre journey, Laspisa called one more time to tell his mother that he was tired and was going to pull over and rest along Interstate 5 in the Sierra Pelona Mountains. Although he told her he would call her later that morning, this would be the last anyone would hear from Laspisa.

On the morning of Aug. 30, between 4:20 and 5:15 a.m., law enforcement officials participating in a training exercise found Laspisa’s car at Castaic Lake, but there was no sign of Laspisa himself. The car was in quite a rough state, having tumbled 15 feet down a steep ravine just a few hundred feet from Lake Hughes Road. Inside the vehicle were found Laspisa’s cell phone, wallet, laptop and clothing, but he was nowhere to be found and there was no sign of blood or injury. Surveillance footage would show that at 2:15 a.m., he’d turned onto an access road rather than pulling off for a roadside nap, and approximately two hours later at 4:29 am, the same camera photographed Laspisa's car going by again, but after that it is unknown just what exactly had happened to him. Rather oddly, it was found that the vehicle had likely accelerated down the embankment, meaning that Laspisa had still been in control of it, and there was damage to the rear window that suggested that he had used a tool to break it to get out. What had happened here? No one had a clue.

A massive search was launched, using divers to scour the lake and aircraft, and tracker dogs managed to follow his scent to a nearby truck stop, where they lost it and it seems as if he had just vanished into thin air. The following month, it was thought that the case had been solved when some charred human remains were found near Castaic Lake, but they turned out to not be Laspisa’s. There would also be found a human skull a few years after that which would also prove to not have belonged to the missing man. In the meantime, there have been various unconfirmed sightings of Laspisa, primarily in Oregon, but more recently there was a sighting of him in April of 2022 in Missoula, Montana, where he was supposedly caught on camera footage, and although it is now not believed to be him it is apparently a spitting image of him. One Detective Ethan Smith has said of it:

I was able to verify his identity and it’s not Bryce. I believe the photo being circulated of the young man on the bike in Missoula who looks like Bryce is this guy, but sadly, it isn’t Bryce. I was astounded by the resemblance between the two. 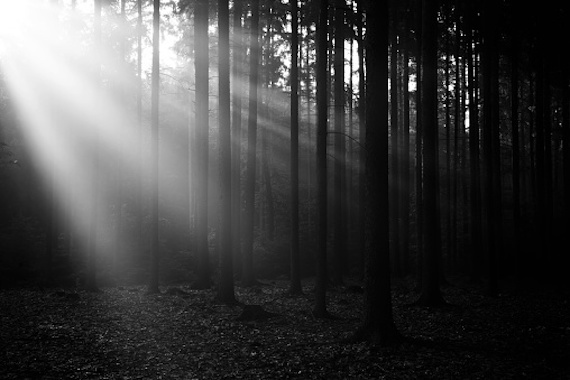 Over the years the case has remained ice cold, with no real clues or evidence as to what happened to Laspisa, and at every turn investigators have been absolutely stumped as speculation has swirled as to what happened to him. One idea is that he intentionally disappeared to start a new life, but friends and family dispute this. Another possibility is that his use of alcohol and the ADHD medication had triggered a psychotic break or fugue state in him, after which he had basically temporarily lost his mind, crashed his car, and wandered off to an unknown fate. Still another idea is that he was abducted, likely at the truck stop where the dogs lost his scent trail, or was subjected to some other foul play.

None of these various ideas really answer all of the questions and weird clues orbiting the case. Investigators believe that whatever happened to him is most likely linked to whatever he had wanted to talk to his mother about, but what was it? Why had his behavior changed so dramatically in the days after summer vacation had ended? What prompted him to suddenly drive off to visit his parents and why did he stay at that rest area for 13 hours even when he had gas? Why is it that he kept turning off his phone? What was the meaning of his vehicle passing by the camera twice and going off onto that access road, and how did his car end up at the bottom of that ravine? Where did he go after that and why did he leave all of his belongings behind, especially his phone that he could have used to cause for help? What in the world happened to him? There are no solid answers to any of these questions, no new clues have come in, and it seems more and more likely with every passing year that the strange disappearance of Bryce Laspisa will never be solved.