Oldest Evidence of Barbecuing Ever Discovered in Israel

When it comes to inventions that changed the course of human history, the wheel is high on the list, as is the airplane and gunpowder. Another game-changer that often makes the list is the invention of fire … which really shouldn’t be considered an ‘invention’ since nature itself showed it to an early human. However, controlling fire and figuring out how to use it to cook were both early inventions and archeologists have generally agreed that the first evidence of humans using fire for cooking dates back to around 170,000 years ago. For those who like a good grilled piece of meat, that elicits sympathy for those humans living before that time who were forced to gnaw on raw animal flesh. Well, feel badly no longer for those ancient humans – new research has uncovered evidence of cooking with fire 780,000 years ago in Israel. That difference of 610,000 years may be as much of a game-changer for modern evolutionary researchers as it was for ancient humans.

“A close analysis of the remains of a carp-like fish found at the Gesher Benot Ya’aqov (GBY) archaeological site in Israel shows that the fish were cooked roughly 780,000 years ago.  Cooking is defined as the ability to process food by controlling the temperature at which it is heated and includes a wide range of methods.”

According to a new study published in the journal Nature Ecology & Evolution, it all started with a carp-like fish similar to giant barb – the largest species of carp in the world today. An international team of researchers from researchers from the Hebrew University of Jerusalem (HU), Tel Aviv University (TAU), the Natural History Museum in London and other universities and organizations were digging at the Gesher Benot Ya’aqov (GBY) archaeological site in Israel in what is now the Hula Valley and once contained Lake Hula before it was drained in 1950 to control mosquitos and malaria. What they found at different archeological levels were pharyngeal teeth – the teeth used to grind shells – belonging to two-meters-long (6.2 feet) giant carp which are now extinct. While the teeth contained obvious evidence of wear, they also contained a surprise – the crystals in the enamel of the teeth showed signs that they had been burned at varying temperatures in ways that were not consistent with spontaneous or accidental fires. That meant only one thing – the fish were cooked by someone who knew what they were doing. But these layers of carp teeth remains dated back 780,000 years … long before cooking was thought to have been invented. How could this be?

“The experiments I conducted with Dr. Zohar allowed us to identify the changes caused by cooking at low temperatures. We do not know exactly how the fish were cooked but given the lack of evidence of exposure to high temperatures, it is clear that they were not cooked directly in fire, and were not thrown into a fire as waste or as material for burning.”

Dr. Jens Najorka from the Natural History Museum in London explains in a press release that he and Dr. Irit Zohar, a researcher at TAU’s Steinhardt Museum of Natural History, were initially focused on how many fish once lived in Lake Hula. The large amounts of fish remains they found showed not only the wide variety of now-extinct fish that lived in it but also that they were consumed not just by natural predators but also by humans. This indicated to them the importance of fish to the early humans in the area as a source of food and as a means for sustaining a settlement there. Archeologists become so focused on finding bones of large mammals, they often forget that a large population of easy-to-catch fish could also feed a population and provide the fat and protein needed to grow the prehistoric human brain as it moves up the evolutionary scale. It was that big brain that figured out how to keep a natural fire going and then how to start one at any time.

“These new findings demonstrate not only the importance of freshwater habitats and the fish they contained for the sustenance of prehistoric man, but also illustrate prehistoric humans’ ability to control fire in order to cook food, and their understanding the benefits of cooking fish before eating it.”

That big brain helped the early humans see that cooked fish was better for them that the raw stuff that often made them sick (and still does). Professor Naama Goren-Inbar, director of the excavation site points out that this raises the regard for the Acheulian hunter-gatherers who lived in the ancient Hula Valley region – learning how to cook fish enabled them to have a long and continues residence in the area. The evidence shows they learned the seasonal and life cycles of both the animals and the plants in the area and were able to optimize their access to both. Finally, the evidence suggests that not only did these prehistoric barbecue dads grill fish, they also cooked plants and other animals over an open fire.

While human ancestor began eating freshwater fish about two million years ago – a dietary development that led them to following freshwater lakes out of Africa – the cooking of fish 760,000 years ago had a major impact on the location and development of the settlement. Bar-Ilan University (BIU) Prof. Nira Alperson-Afil, who was the first to find evidence of cooking with fire in the dig site, explains:

“The use of fire is a behavior that characterizes the entire continuum of settlement at the site. This affected the spatial organization of the site and the activity conducted there, which revolved around fireplaces.” 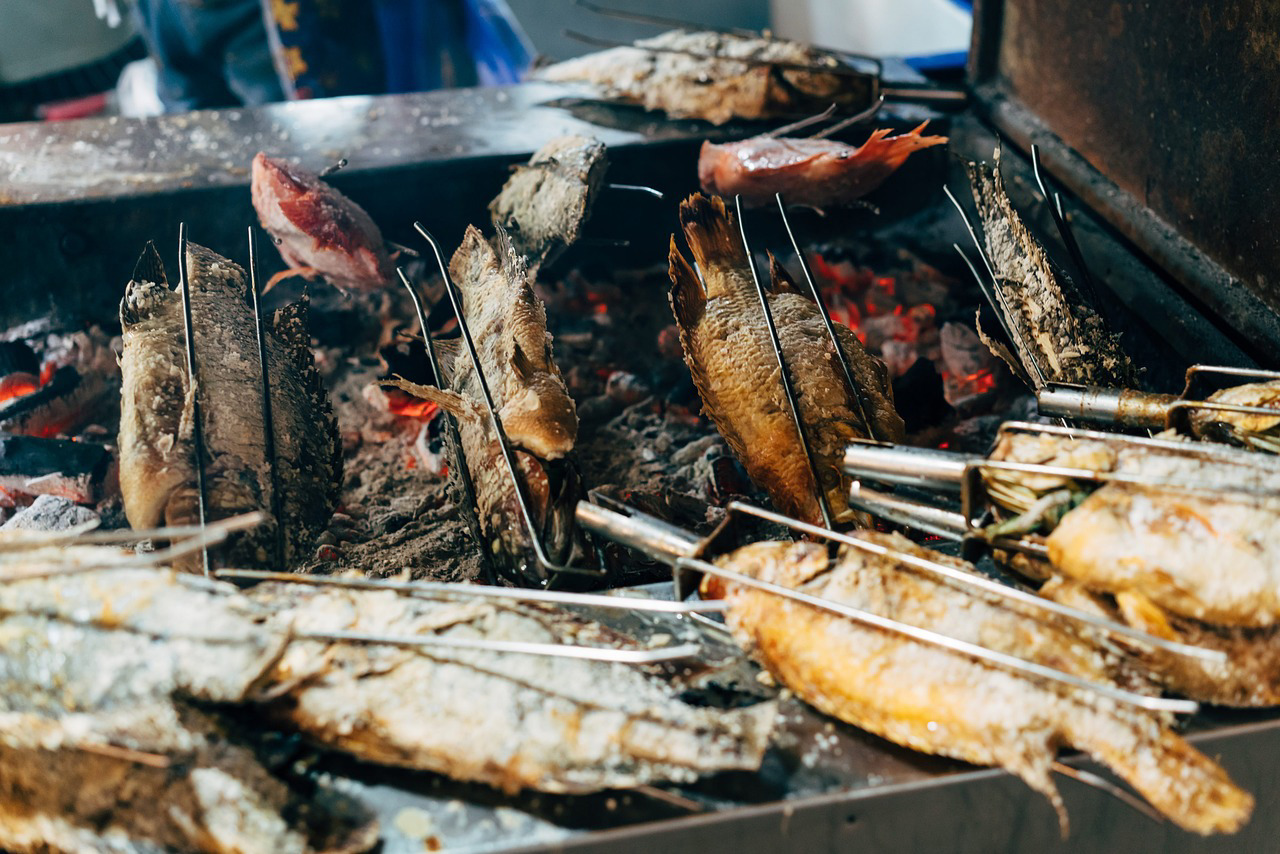 While we accept gathering around the outdoor barbecue pit or grill as natural today, at one time it was probably feared. Gathered around those hearths, the archeologists also found the utensils the ancient humans used for cooking and eating their fish -- flint, basalt, and limestone tools. They also found side dishes – local fruit, nuts, and seeds. Put them all together and it shows that the discovery of cooking 760,000 years ago allowed these people to settle down, give up seasonal migration, and live and eat comfortably year-round.

Now all they need to find is an apron that says “Kiss the Chef.” 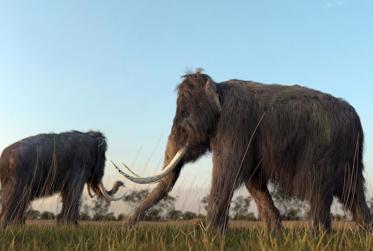