Can a Ouija board kill someone? A group of eleven teenagers in Colombia were said to have become violently ill after playing with a Ouija board – so sick that all were taken to an emergency clinic and some were admitted to a hospital. While all of the teens seem to have recovered, the debate over the cause of their sudden afflictions and the possible involvement of the Ouija board rages on. Have any deaths ever been positively linked to the use of a Ouija board? Let’s see what happened to the kids in Colombia and then review some of the strange incidents linked to the famous ‘game’ of the occult.

"The fainted students were short of breath and were throwing thick slime out of their mouths. It was somewhat worrisome and that is why we are very attentive to the opinion delivered by the Manuela Beltrán Hospital, where they explain to us what really happened.”

José Pablo Toloza is the mayor of Hato in the Santander Department of northeastern Colombia. Infobae reports that eleven students at the Instituto Técnico Agropecuario del Hato were observed last week becoming pale and showing signs of dizziness. When the eighth and ninth graders began to faint, emergency health professionals were called in and the mayor’s office was notified. The students were reportedly taken to a local emergency clinic where it was determined that five were too sick for the facility and were transferred to the Manuela Beltrán Hospital located in nearby Socorro. While the health and school officials were initially puzzled by the symptoms and not certain of the cause, The Independent quoted the mayor’s unusual speculation:

“It is not ruled out that it was the Ouija board, that is part of the investigation.”

A Ouija board was found and the teens were reportedly playing with it for the usual purpose – to contact spirits and ask them questions which are answered by a moving planchette which is under the hands of the players. In similar cases when children are caught acting strange after using a Ouija board, the symptoms are usually signs of fear or panic – not shortness of breath or foaming at the mouth. That led medial personnel to look for another cause.

“We went to El Hato and we found 11 patients between 13 and 17 years old with vomiting, abdominal pain, and muscle spasms. We did not find psychological alteration in the children, taking into account that it was said that it would have been from playing the Ouija board. The medical report says it was due to food poisoning.”

Juan Pablo Vargas Noguera, emergency medical coordinator at Hospital del Socorro, gave a diagnosis of food poisoning. Infobae’s report linked the condition to water the teens were drinking – they apparently all drank from the same bottle or source and it could have been contaminated. More information was obtained from the students’ parents – the teens had a school-sponsored pool party and ate food prepared by the school staff. Some suspected that was the cause while others said the quality of the food in general has been poor and that could have been the cause. As always, these are teens and they always complain about school cafeteria food, so that should be taken into account. Fortunately, the five students who received care at the municipality's health center and the rest who were taken to the Socorro hospital discharged in stabilized condition and expected to fully recover.

While no school wants parents and students to think they could be poisoned by its cafeteria food or school-supplied water, it is interesting that the Ouija board did not get more consideration as a possible or secondary cause. Of course, no school wants parents or the media to think students are so unsupervised that 11 of them could play with a Ouija board unnoticed until becoming violently ill either. Still, Reader's Digest reports there have been cases of adults and children becoming ill and even dying while using one or because of one.

Estefania Gutierrez Lazaro of Vallecas, Spain, was a teen when she allegedly used a Ouija board at school to contact a friend of a friend who had died in a motorbiking accident. The other students claimed they saw a strange smoke going up through Estefania's mouth and nose. She was then said to suffer from hallucinations and seizures for six months and no doctors could find a cause. Estefania was found dead in her bedroom at the age of 18 and her parents linked it to the Ouija board as they had strange apparitions and activities in the house afterwards. If this story sounds vaguely familiar, the Netflix movie “Veronica” is loosely based on it.

Another Ouija-related death involves William Fuld, who worked for and invested in the Kennard Novelty Company which was the original maker of the game. Fuld eventually gained control of the Ouija business and made millions from it … until one killed him. According to a 1919 Baltimore Sun story, Fuld claimed a Ouija board told him to build a factory on Harford Avenue. While watching the construction from the roof, an iron railing gave way and he fell to his death.

A number of people have claimed a Ouija board told them to commit murders. A woman in Utah believed she had conjured up an evil demon with her Ouija board when she was a child and it possessed her entire family for generations. In 1976, her son Gary Gilmore shot two men to death in Utah, then demanded to be executed. If that name sounds familiar, Gary Gilmore was the first person executed in the U.S. after a 10 year moratorium and the case became the basis for Norman Mailer's book, “The Executioner's Song.”

In one of the stranger Ouija-related crime stories, in 2014 a man named Paul Carroll was using a Ouija board that he believed conjured an evil spirit that entered the family dog, so he killed the dog and dumped the body in a nearby sewer drain. The drain backed up and workers found the body, resulting in Carroll being convicted of the crime. Using the same Ouija board a week later, Carroll’s wife and stepdaughter claim it told them they were going to die, so they attempted suicide by setting their house on fire. Both survived but were subsequently arrested and convicted on arson charges.

Proving that not everyone fears the Ouija, a grandmother in Texas who recently died after a long battle with cancer showed her sense of humor and possible paranormal connection by arranging to have small Ouija boards distributed to the attendees at her funeral so she could “keep in touch” with them. Did she? Her granddaughter said she tried with friends but hasn’t connected yet. She should keep trying – maybe Grandma left her a check for $10 somewhere.

Did the Ouija board have anything to do with the teens who got sick at school in Colombia? Well, it did bring them together. The suspense could have made them thirsty or hungry. The anxiety could have made the symptoms of their food poisoning worse. And the fact that their parents and teachers found out what they were doing probably made their punishments more severe.

At least no dogs were harmed. 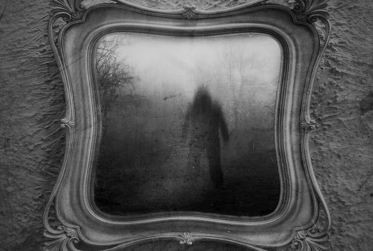