There has long been the sense that there is something else outside of our normal experiences and perceptions of this world. Whether it is the idea of life after death, spiritual forces operating around us, alien intelligences, or the idea that there are alternate dimensions all around us, we have long sensed that there is something beyond what we know. On rare occasions there have been concerted efforts to try and get to the bottom of these things, to shed light on the corners of wierdness that are beyond us. One such effot was a series of experiments carried out by a group of determined individuals, which marries the worlds of ghosts, the afterlife, aliens, and the multiverse.

In 1993, two spirit mediums by the names of Alan and Diana Bennett, of the village of Scole, on the rural Norfolk–Suffolk border in England, joined forces with psychic researchers Sandra and Robin Foy to launch an ambitious project that they hoped would fully open the door to deeper understanding of the spiritual world and with the ultimate goal of creating a direct line of communication between the living and the dead to offer concrete physical, scientific proof of an afterlife. Calling themselves the Scole Experimental Group, or simply the Scole Group, and operating completely independently of the Spiritualist movement or any other organization, their aim was to collect enough tangible physical and photographic evidence of spirits that scientists would have to sit up and take notice, and they went into this with the honest desire to carry out the experiments under controlled conditions that would produce undeniable results acceptable to the greater scientific community.

Along with friends and colleagues Bernette Head, Ken Britten, and Mimi Salisbury, the Scole group began meeting in a darkened cellar beneath the Foy's historical 17th century farmhouse to hold séances in pitch blackness and with only luminous armbands as light, during which they believed that they would be able to use trance mediumship to establish a connection with the spirit world and use recording devices and cameras to capture any sort of strange phenomena they were able to conjure up. The sessions typically lasted about 2 hours, and there were a variety of different experiments done, including audio, photographic and video experiments, sometimes with two experiments going on simultaneously, and by all accounts it seemed they did not have long to wait before they started seeing some rather bizarre results. 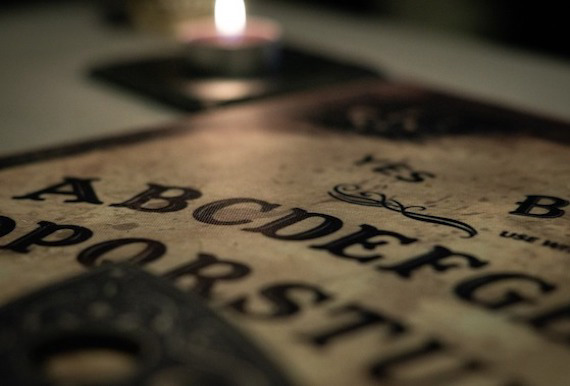 Almost as soon as the séances began, the group claimed to have made contact with a mysterious group of spirits calling themselves the “Team of Many Minds,” who allegedly claimed to them that there were many spiritual dimensions that exist side by side, undetectable by human senses and current technological tools, and that they had the same goal of showing humanity tangible proof that they existed. The Team of Many Minds claimed that there were thousands of them, and that working together they were able to affect the physical world of the living and our dimsnion by “influencing atoms and molecules” there, and that they would try to use this ability to produce the proof that the Scole Group sought through an interdimensional portal. If the various claims and evidence the group would put forward over the next several years and hundreds of experiments are to be believed, then it would seem to have turned out to be a rousing success.

One phenomenon was various lights that would appear moving through the air or hovering, that were mainly white in color, but also occasionally red or green. These lights were mostly spherical in shape, and would dance about and do maneuvers on command. The lights were said to sometimes pass through the bodies of those present, creating a ‘light-headed sensation’, and they were also claimed to be able to energize crystals and glass domes that were kept in the cellar. Much of this was supposedly caught on camera. Things quickly escalated, graduating to moving or levitating objects, unseen hands poking, prodding, or even grabbing participants, unopened camera film producing images, and objects materializing from nowhere. In one case a Churchill Crown coin fell out of nowhere to land on the table during a séance, and other items that materialized out of thin air were a silver thimble, silver lockets, a gold medallion, a lady’s handkerchief, a 1923 French Franc Token, a penknife, a pearl tie pin, a silver charm, a silver sports medallion, and a marcasite necklace. Perhaps oddest of all was the materialization of a brand new copy of the Daily Mail for 1 April 1944, reporting the ‘guilty’ verdict of Helen Duncan, who was a deceased woman medium the group claimed to have been in contact with. All of this was punctuated by numerous auditory phenomena including bells ringing, electrostatic crackling, loud ‘thumps’, hissing and whistling, clapping, footsteps, water splashing, rattling, dragging, musical instruments playing, music being played from unknown sources, and discarnate voices, with much of it being caught on recording equipment. Even stranger still were the numerous spirits that purportedly spoke through the mediums Alan and Diana Bennett. According to the book Witnessing the Impossible Robin Foy, some of these spirits and entities included:

John Paxton, ‘an evolved spirit entity who experienced an earth life many hundreds of years ago’. Manu, originally from South America, ostensibly from Peru and possibly of the Inca race. It is Manu and his Victorian child helpers who bring apports to the group on a regular basis. Patrick McKenna, a jovial Irish priest with a liking for Guinness and cigars. Raji, a type of prince who belonged to a caste of ancient Hindu warriors. Mrs Emily Bradshaw, a lady 'heavily involved in charity work’, who said she lived in the nineteenth century. Edward Matthews, an army officer in World War I. 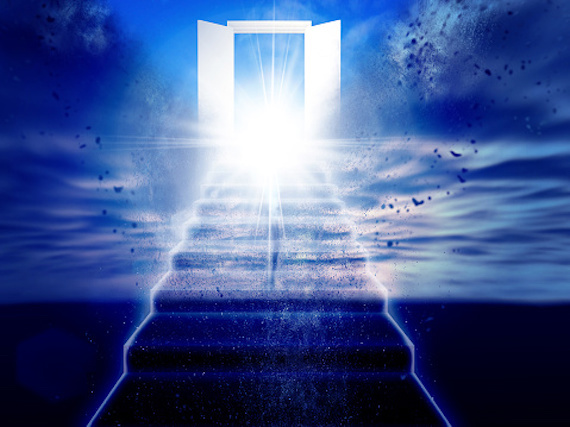 Each of these spirits reportedly spoke in its own distinctive voice and cadence, and would either speak through the Bennets or talk as a disembodied voice from out of thin air. Yet, the most bizarre phenomena of all were the various apparitions that supposedly materialized during these sessions, variously described as spirits, interdimensional entities, angels, and extra-terrestrials from “Space and Hyperspace.” These apparitions took a wide range of human and animal forms, as well as that of various strange, alien-looking entities and humanoids. These various entities were said to talk to those present and give information no one there could have possibly known or speak in foreign languages and this too was recorded and the apparitions often photographed or filmed.

Perhaps the most notable of these entities was an interdimensional being they were able to conjure up on several occasions using an array of mirrors they called a “double psychomanteum,” which they claimed could open a portal to other dimensions and teleport various entities into the room in solid form. The entity in this case appeared as a blue-skinned humanoid with an elongated face, large, black, slanted eyes, and no discernable mouth or nose, which the group named “Blue.” The group would say of Blue and its appearances:

Gradually the line turned sideways and the square screen came into view, now seen from the front. The amazing thing was that as the screen rotated it had an image on it. This was a very clear view of an ‘animated interdimensional friend’ whose features, to say the least, were not exactly our own. The mirrors in the room became a portal through which spirit people and stellar friends from other dimensions were teleported into the room in solid form. They could interact with us fully; touch us, be touched back, and speak to us. This friend has been named ‘Blue’. 'Blue' was teleported into the room with us on a number of occasions in solid form. He was a very loving being, and more than once stood in front of us in total darkness, lifting up our hands and placing them on parts of his head and face so that we could feel he was not human as such. He was small; no more than about 4 feet 6 inches tall, and his hands were tiny, with three long fingers, reminiscent of the fictional alien ET in the film. His voice was confident but sounded rather robotic. Sometimes we were able to capture these stellar friends on the video. We leave you to decide whether the image is thought-provoking. The group has no doubts. For them this was a fantastic result, which has been achieved, in fully lighted conditions.

The Scole Group began holding these sessions for outside observers, who also claimed to witness many of these phenomena, with even skeptics supposedly going away puzzled and without an explanation as to what they had experienced, and soon the group caught the attention of investigators from the Society for Psychical Research. These investigators sat in on dozens of these sessions and witnessed all of the different phenomena for themselves, with a few of them convinced that at least some of it provided evidence of the paranormal or survival after death. In particular, investigators Arthur Ellison, David Fontana and Monty Keen were convinced that the phenomena witnessed was the real deal, which they would say “was something of a first for the notoriously pessimistic Society wherever psychical psychic phenomena was concerned.” However, some of the other investigators were not as impressed, citing that nothing they had seen was impossible to replicate through illusions and special effects, the photographic evidence was easily fakeable, and that the group did not have adequate scientific controls in effect and did not allow the investigators to use their own cameras and equipment. In the end, the Society’s 452-page report of the investigation - titled The Scole Report- was unable to come to any firm consensus on the veracity of the Scole Group’s claims.

The group continued their activities, travelling to other countries for demonstrations, including Germany, Ireland, the Netherlands, Italy, Spain, Switzerland, and the USA. The group would capture countless photographic images and hundreds of hours of recordings, perform over 500 sessions, and list 180 different manifestations of spirits and interdimensional entities that occurred on specified dates. They would spawn countless books and articles, as well as television and radio programs, becoming widely discussed and debated. The Scole Group would continue operating until 1998, when they claim “a group of experimenters from the future whose motives were not entirely benevolent” caused “an interference contrary to the strict laws of time and space,” after which they disbanded altogether. Strange, indeed.

There has been much skepticism aimed at the Scole Group's claims. Their insistence on holding these session under their own conditions, the perceived lack of scientific protocols in place, the photographic and aural evidence that, while intriguing, doesn't really prove without a doubt anything. For their part, the group has always been adamant that their results and the phenomena witnessed were legitimate, that this is a major historical breakthrough, but considering the mixed reception their studies have invoked it seems that even if it was all real it produced far from the concrete and irrefutable proof they sought. Were these experiments true peeks into the unknown, giving us glimpses into other realms and dimesnions? Or was it all just smoke and mirrors and the clever trickery of charlatans and hoaxers? It seems to remain unknown, and considering there has been no follow up to these studies it looks like it is likely to be a mystery for some time to come.