Demonic Possession and the Mysterious Screaming Schoolgirls of Malaysia

It was a normal school day in July of 2018 at the Ketereh national secondary school, in the sleepy Malay village of Padang Lembek. Classes went as usual and students were hard at work studying for their upcoming tests. One of these students was 17-year old Siti Nurannisaa, who that day had gotten up, left her family’s modest, single-story terrace house, and come to school by motorbike as she did every day. She went to class and began her studies, and there was no reason at all to think that this wouldn’t be just a normal school day, but then something very strange happened that was about to launch the day into chaos. Siti says of what happened:

The assembly bells rang. I was at my desk feeling sleepy when I felt a hard, sharp tap on my shoulder. I turned round to see who it was and the room went dark. Fear overtook me. I felt a sharp, splitting pain in my back and my head started spinning. I fell to the floor. Before I knew it, I was looking into the 'otherworld'. Scenes of blood, gore and violence. The scariest thing I saw was a face of pure evil. It was haunting me, I couldn't escape. I opened my mouth and tried to scream but no sound came out. I passed out.

Bizarrely, other students looking on also began to display seizures and panic attacks, and a powerful chain reaction then ripped through the school, with other classrooms also succumbing to the madness, with students running about screaming in terror. Puzzled and alarmed teachers did their best to barricade the classrooms, not knowing what was going on as the students wailed, cried, screamed, fainted, rolled around on the floor, and went into convulsive fits. Girls were being dragged out of their classrooms kicking, screaming, and frothing at the mouth. It was as if they were possessed, and for many of the superstitious locals that was exactly what was going on. Islamic spiritual healers were called to perform mass prayer sessions and exorcisms were performed on the dozens of afflicted students. When the smoke cleared, many of the victims described having been invaded by some sort of supernatural force, while others claimed they had seen ominous dark shadow figures lurking about during the incident, while Siti herself said she had been possessed by evil spirits. What was going on here? 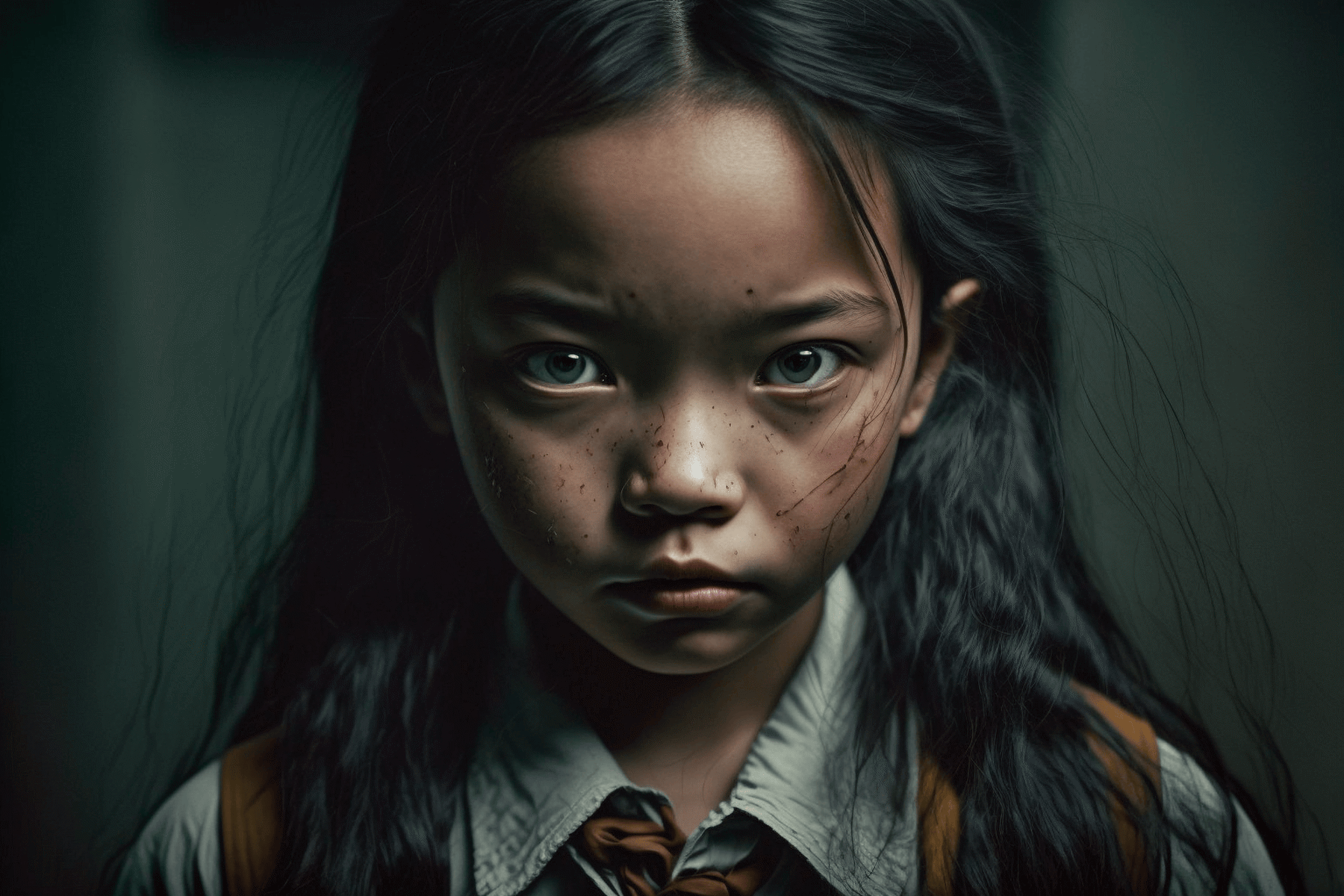 The 2018 incident at the Ketereh national secondary school was not the first time this sort of thing had happened in Malaysia. An early instance occurred in 1976 at an elite boarding school in Kuantan city. During a campus singing competition, one of the students claimed she had seen a “smiling Buddhist monk" on top of a nearby dormitory, after which she had begun to scream and wail uncontrollably. “All hell broke loose,” according to one witness, and witch doctors were brought in to perform exorcisms on 30 afflicted girls. Throughout the 1960s there were also numerous outbreaks of students at Malay schools devolving into some sort of mass hysteria after seeing specters roaming about. In 1987 there was also an infamous case in which a school in Alor Star, Kedah was besieged by supposed supernatural forces for five years, during which time the schoolgirls were “shouting, running and had mental confusion, crying, bizarre movements, trances and spirit possession.” It was never solved.

A more recent case that happened in 2016 occurred at the SMK Pengkalan Chepa 2 secondary school, in the city of Kota Bharu, located in the strictly religious state of Kelantan in northern Malaysia. It began when a student suddenly fell from her chair and claimed that she was “looking into the otherworld,” where she claimed to see horrific scenes of blood, gore and brutal violence, as well as a “face of pure evil.” After this, both teachers and students alike began seeing a “dark, shadowy figure” roaming about the halls, that would cause students to suddenly begin screaming and convulsing. This swept through the school until over 100 students were affected, all reporting seeing the same phantom figure. Not only students, but also teachers claimed to have experienced the supernatural that day, with one teacher at the school, Norlailawati Ramli, saying of her own experience during the incident:

When I was holding one of the pupils, my arms felt extraordinarily heavy. I recited the istighfar (a prayer). Things were truly out of control at the time. But after the pupil recovered and went home, I then felt as though someone was hanging on to the left side of my body. I saw flashes of black, like a black figure. These children can be disobedient and sometimes throw their rubbish around the school grounds. Perhaps they hit some djinns and offended the spirits.

Other teachers would chime in with their own strange reports as well. Another teacher by the name of Kamariah Ibrahim would claim that she felt herself losing control of her body and had seen the figure as well, of which she says:

I saw a black figure, like it was trying to enter my body, but my colleagues were surrounding me, reciting verses from the Koran. I felt like my head was bloating, I felt numb and tears kept pouring down my face. I silently recited the Ayatul Kursi, over and over again, then my head began to feel lighter after about an hour. 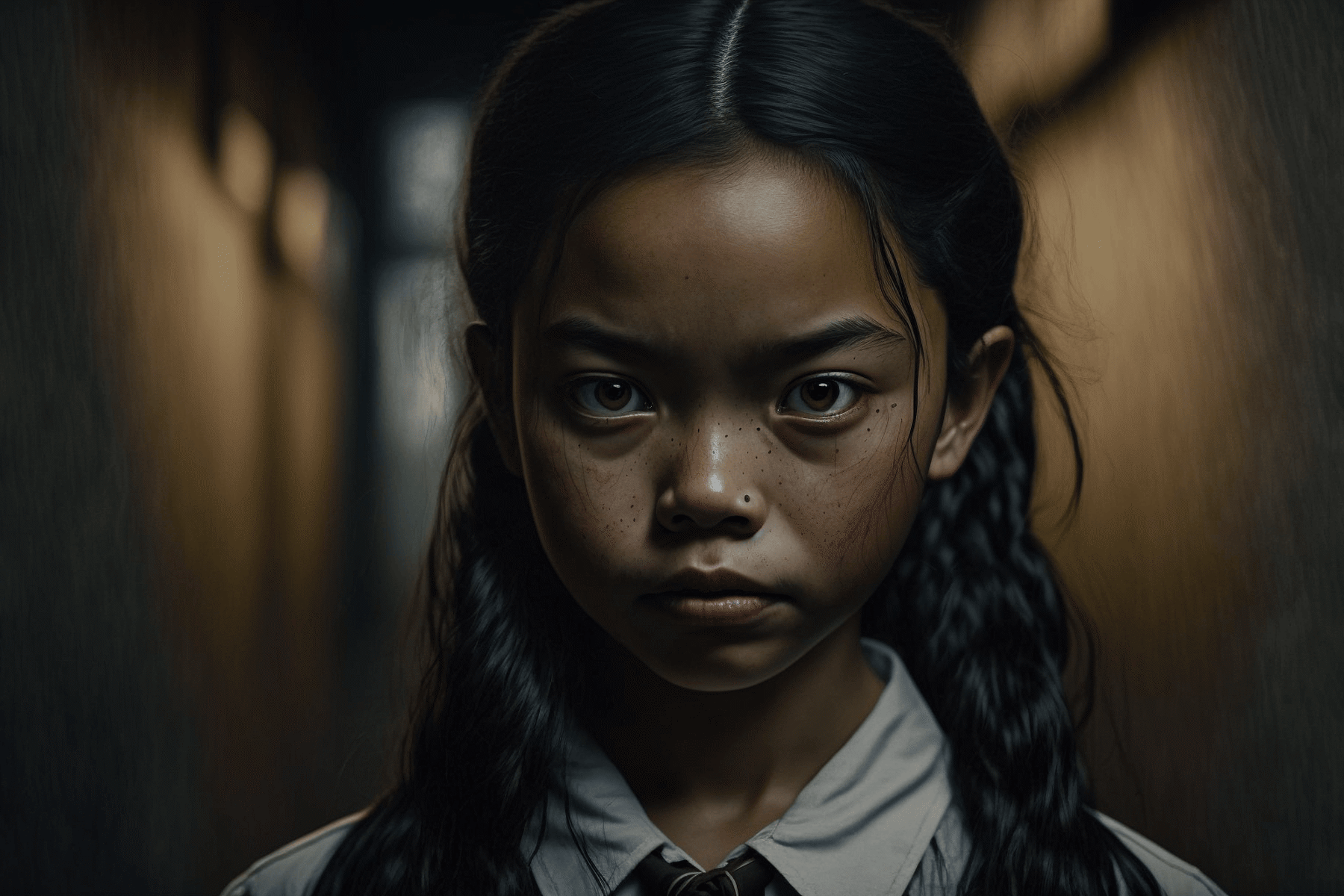 The wave of “possessions” spread to other neighboring schools in a wave, until the whole school district was shut down while authorities tried to figure out what was going on, all as school staff called in Islamic traditional experts, scholars and even witch doctors to take part in prayer sessions and exorcisms. At the time, the spate of these outbreaks was so intense that an "anti-hysteria kit" was developed by a Dr. Mahyuddin Ismail, with the aim of "combining science and the supernatural." The kit was distributed among the schools and contains formic acid, ammonia inhalants, pepper spray and bamboo "pincers,” which costs around 8,750 Malaysian ringgit (£1,700; $2,100), and all of which Ismail assures us evil spirits can’t stand. He says:

According to the Koran, evil spirits are unable to tolerate such items. Our kits have been used by two schools and solved more than 100 cases," he says. There's no scientific evidence to back up these claims.

These incidents have been reported all over Malaysia, and it is indicative of the pervasive belief among Malays in sorcery, black magic, and a vast array of spirits both benign and malevolent. Indeed, the various traditions of believing in spirits are so strong here that many experts believe these outbreaks are a sort of psychosomatic reaction to them, all further exacerbated by the pressure cooker of stress these students are living in, with strict school rules and adherence to a conservative religious way of life. This all boils to a head, when it spills over to cause mass hysteria, also sometimes called mass psychogenic illness, which is a rapid spread of physical symptoms, such as fainting, palpitations, headaches, nausea, shaking and even fits, that have no discernible cause, all largely due to psychological and social factors. American medical sociologist and author Robert Bartholomew has called Malaysia the “mass hysteria capital of the world,” and explains of it:

These incidents are textbook outbreaks of mass hysteria. It is a collective stress response prompting an overstimulation of the nervous system. Think of it as a software problem. The symptoms experienced are real - fainting, palpitations, headaches, nausea, shaking and even fits. Malays are susceptible because of their belief in an array of spirits. It is a deeply religious and spiritual country where many people, especially those from rural and conservative states, believe in the powers of traditional folklore and the supernatural. Outbreaks tend to occur in all-female boarding schools as they are the strictest. It doesn't happen overnight. It starts with one child and then quickly spreads to others because of an exposure to a pressure-cooker environment of stress. They should be taught why mass hysteria happens and how it spreads. It's also important they learn how to cope with stress and anxiety.

Is that all this is, stress and anxiety? Is it all a product of this added to the deep superstitions that pervade this place? How is it that so many could be so affected at the same time? Is this just wild imaginings, mass hysteria, or what, and what lies at the root of it? There is no way to really know, and the mystery of the screaming schoolgirls of Malaysia remains unsolved.