Within the weird world of UFOs and aliens, there are some cases that are certainly stranger than others. Ranking high among these are the various stories of finding dead alien bodies, a type of report made famous by the supposed crashed UFO and dead aliens recovered at Roswell, New Mexico. Yet rarer still are those reports in which people have been around for an alien's dying moments, watching its life slip away and sometimes privy to strange new insights into such creatures. One such case comes to us from the country of Sweden, in which a witness was chosen by a dying extraterrestrial to be there in its final hours and to listen to what it had to say.

One day in July of 1955, an unnamed man was working as a lumberjack in the area of the Gulf of Bothnia in Vestra Norrland, in Sweden, and on this day he was with two brothers cutting down trees. At some point, they heard a terrible ruckus in the surrounding forest, which they described as sounding like a large animal thrashing about wildly in the brush. As they listened to this mysterious commotion, the branches and brush rattling and crashing, they saw above them a cigar-shaped object flying haphazardly in between the trees, sending leaves and branches flying and raining down everywhere. They at first took it to be a small aircraft coming in to crash, and so followed it towards a river it seemed to be headed for. As they did, they kept sight of the object and saw it crash not far away. The witness says of what happened next:

I don’t know what we had expected, maybe a deafening crash, when the impact of the aircraft with the ground caused the petrol to explode. But it did not happen. Not a sound was heard, but a gigantic flash of light engulfed the whole area like a vast flashbulb, so that the sunlight almost disappeared. The light was so intense that we in fact could see through the trees. For a second I could see the grains of the trees and these were more than one meter in diameter, like an x-ray. Seconds later came a vacuum wave sucking everything towards the center of the light. All three of us tumbled forwards, branches and leaves flying past us. It all probably lasted only a fraction of a second, but I still remember how I crashed into a tree, time stopped, and my whole life was reviewed in my mind in flash. Even the normal sound of the forest had stopped. 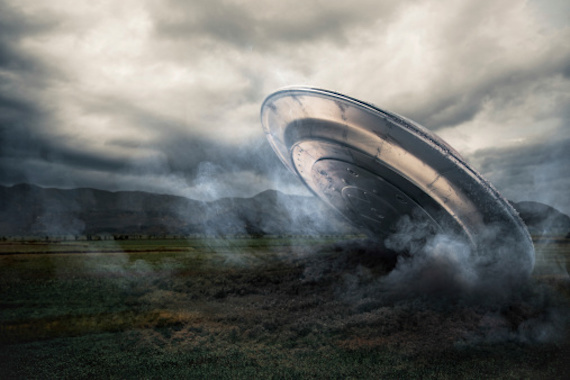 The group made it to the clearing where they expected it had crashed, but there was nothing there to be seen other than some scatted timber and leaves. Astonished, the men looked around for the aircraft they were sure had come down, and that was when they came across a rather peculiar sight. There, lying at the tree line, was a “dwarf dressed in uniform” only about 110-120 centimeters tall, and around its body was “a white light that vibrated like a halo.” The being for all appearances seemed to be dead, and one of the brothers reached out to touch the lifeless body, only to quickly withdraw his hand with a shriek, saying that he had received a potent shock. At the same time the stranger opened his eyes and allegedly said in perfect Swedish “Do not touch me, it will only bring you difficulties.” The witness now had a good look at the entity, and describes him as follows:

Suddenly I became quite calm and studied him closely. He was no dwarf. He was very well-built with broad shoulders and normal features. His skin was yellowish like that of an Asian. The eyes were deep socketed and black, without any white around. His face was badly bruised with a couple of big wounds on the chin and on the forehead. It did not bleed but the skin watered around the wounds. The top of his head was slightly downy and the hair almost white. The earlobes were one with the neck and resembled a shark’s fin. The lips were wrinkled, narrow and colorless. When he smiled reassuringly, which he did a lot, he revealed a row of small teeth in the upper as well as the lower part of his mouth. I especially noticed that his canine teeth were flat and as broad as two of our front teeth. His hands were small with five slender fingers without nails and when he moved his hand it looked as if the ring finger had grown together to the little finger, if not they moved synchronized.

His uniform was of a reddish metal and appeared glued to his body closely. Head and hands were free, but at the feet the clothing continued into a couple of closed shoes, size 35-37. The foot-soles were ribbed and vibrated, and for a moment I thought of caterpillars on a tank. The stranger looked at me and nodded slightly. There was no doubt that he knew what I was thinking. With those shoes he could roll forwards and backwards without moving his feet. Around the waist he had a broad silvery metal belt with an unusually large buckle, which shone slightly in a light-blue shade, which later when he was dead, turned dark blue. In the middle of the buckle was a sign in yellow — UV — it looked like a V which was incorporated in a U.

The strange being told him that he had been hurled from his spacecraft and was badly injured and dying. He then brought out of a pocket a rectangular object, about the size of a box of matches and with 12 small indents. He then produced a pencil-like object and poked at some of the indentations before throwing the object into the bushes. The stranger then told the witness not to touch it, and that it was a homing beacon to let his companions know where he was to come and retrieve his body when he was gone. Then a curious thing happened. The two brothers seemed to become disoriented and wandered off, leaving the witness alone there in the woods with the dying creature. He explains of what happened next:

The stranger lay for a while as if asleep. His hands were tightly clasped, and it was evident he went through great pains. Suddenly the brothers became somewhat confused, looked at each other, and then went back to the forest without a word. Later, years after when recalling the incident, I am convinced that the stranger one way or the other asked the brothers to leave, without saying a word. I sat talking and listening to him for two hours before he died. Just before the stranger died, he gave me folded bag from the invisible pocket and said: “When I am dead, the light will disappear from my body and with the help of the other two men you shall put me in this bag and carry me out into the river where I shall disappear. Then you shall rinse yourself thoroughly in the water, so that you don’t get ill."

He was now breathing heavily, and I could see the end was near. The halo around him became weaker and gradually disappeared. His light blue buckle gradually got darker. He looked at me for a moment and smiled. The he said something in a language I have never heard before or since. Suddenly he switched into Swedish, and I got the last couple of sentences… “You have come with out any wish to and depart against your own wish. Our life is like vapor.” He said a few more words, but his voice was so weak that I did not catch them. I am convinced he prayed to some deity before dying. I was very moved.

The brothers then came back, looking a bit dazed and confused, as if they weren’t quite sure of what had just happened to them or where they had gone off too. The men then put the dead alien into the bag and carried him to the river, noticing that the bag smelled like Sulphur and burned their hands “as if they were raw flesh.” When they put the bag into the water the body and bag dissolved, and the witness would say:

When the bag came into the water, it started bubbling around it and we realized that some chemical process had started. After 5 minutes nothing remained, and I thought that maybe the stranger had hoped to crash in the river to a quick death, instead of lying for a couple of hours suffering, whilst a minor in the mind asked some silly questions. He would probably have preferred to die alone, thinking of his home light years away.

A few days after the incident the witness claims he went to go search through the area and apparently found the pencil-like object the alien had used, although there was no sign of the other rectangular object. He would keep it as a memento and proof that he had not dreamed it all up, and after that he would keep the story to himself for years. It was only when he spoke to a UFO researcher by the name of John Fontaine, who would write of all of it in an article titled Humanoid Dies In Sweden, that the tale would get out into the open. Fontaine personally spoke with the witness and seems to be the only one the man ever spoke to about it, but there were still mysteries remaining, in that the witness never fully revealed the extent of his long conversation with the alien when the two were alone. Fontaine says of it:

What they talked about for those two hours I could not get the witness to reveal. I begged and urged him, but there was nothing to do, just a few fragments. The stranger came from a place in the vicinity of the constellation we call -The Eagle-. Several races from space have visited us, some so far advanced, that we could only see them when they materialized or dematerialized to visit a parallel universe in the orbit of earth. Some visitors kept people on earth under surveillance and had done so for thousands of years, while others took samples of the earth, with a view to later settlements and still others have had contact with mankind for centuries. That’s all. In this context it is rather immaterial what was talked about even if it would have been interesting with further information about this conversation. I could understand from the witness that it had not been what was normally being told in connection with other encounters of this kind.

It is a very odd case, indeed, and we are left to wonder just what was going on here. Is this a genuine case of a human being attending to an extraterrestrial in its dying hours? If so, what happened to the creature and how did it come to be in such circumstances? Or is it just delusional rantings from an attention seeking individual? There is no way to really know, and it remains a remarkable and fairly obscure case within the UFO lore.

Centuries Ago, Dangerous Monsters Roamed the Landscape of the U.K.; They Became Known as "Worms"