The Mysterious Little People of the Zulu

Stories of fairies, gnomes, and various other little people have been pervasive throughout the lore of a great many disparate cultures. There seems to be some common thread between mythologies that includes such dimunitive beings, and it is curious that such stories should be so widespread. One little known corner of the phenomenon is a race of little people native to Africa, which was both respected and feared by the native Zulu tribe.

The Zulu people were originally a migrating faction of clans coming from a larger group of people called the Nguni, who came to Southern Africa and began integrating together to form a larger cohesive group. When the ruler Shaka brought his improved military tactics and organization to the Zulu they evolved into the Zulu Kingdom, sometimes referred to as the Zulu Empire or the Kingdom of Zululand, which ruled over a vast expanse of Southern Africa that extended along the coast of the Indian Ocean from the Tugela River in the south to the Pongola River in the north. The Zulu were well known for being the strongest military force in southern Africa, notorious for invading new lands, and in the 19th century they became infamous for the Anglo-Zulu War with England, which ended with the colonial British taking control of the entire southern part of Africa. In modern times the Zulu are the largest ethnic group and nation in South Africa, and while their history is mostly known for their battles and fierce warriors, the Zulu culture also had its share of mysterious lore concerning a race of diminutive little people.

The Zulu long carried down stories of a race of miniscule people they called the Abatwa, which were described as looking like men, but measuring under an inch in height, with some tales saying they were so small they could ride ants and hide under a blade of grass. The Abatwa were described as a nomadic people, travelling from place to place in the upcountry in the rocks and often said to sleep in anthills. There was much lore surrounding them, with various supernatural elements, such as that they could only be seen by certain people, and an excerpt from the Encyclopedia of Things that Never Were, by Michael Page & Robert Ingpen describes them as follows:

Abatwa: The tiniest creatures in human form, who live in the anthills of southern Africa. Sightings are rare because the Abatwa are the shyest and most elusive of all creatures in human form. When they do reveal themselves, it is only to children under four years old, wizards, or pregnant women. A woman in the seventh month of pregnancy who sees an Abatwa male knows that she will give birth to a boy. The Abatwa are perfect miniatures of African tribespeople and they maintain a clan and family structure similar to that of the tribes, but they are not a warlike race and they never seek dominance over the ants with which they share their quarters. They live by foraging for food among the roots of grasses and other plants.

Despite their small size, the Abatwa were said to kill and eat much larger creatures than themselves, using poisoned arrows to take down horses or antelope. It was this fierce nature, the ability to hide, and the tiny poisoned arrows that belied their size that caused the Zulu to fear them, as it was said that even a single one of their arrows could take down a full grown man. The common lore says that the Abatwa were fiercely territorial, and that they did not like being reminded of how small they were. To wander into their territory, remark on their small stature, or worse yet step on one was seen as tantamount to a death sentence, and so the Zulu gave areas that the Abatwa were known to inhabit a wide berth. If one were to encounter one of the Abatwa, they were supposed to tell it “I saw you,” to which the creature would reply “From where?,” and the proper answer was “From that mountain over there.” If one did this, there was a chance you would be spared their wrath, and “I saw you” was often said even if a Zulu wasn’t sure if there were any Abatwa there at all, just to be safe. 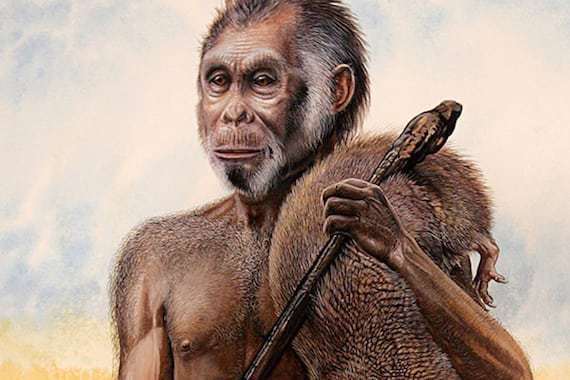 The tales of the Abatwa first made themselves known to the outside English speaking Western world in 1868, when Henri Callaway wrote about them in his Nursery Tales, Traditions, and Histories of the Zulus. Although the Zulu believed that the Abatwa were unquestionably real, Callaway believed that the stories perhaps had their origins in a neighboring tribe of pygmy bushmen, who they also called the Abatwa. It was Callaway’s opinion that initial encounters with these bushmen, who reached an average height of only 4 feet, had given birth to the legends of the Abatwa. Rather interestingly, there is another tradition of a race of apparent cannibal dwarves called the Maithoachiana, which hail from East Africa and have a very similar profile. The explorer and writer Mervyn W.H. Beech would hear of these creatures while visiting the region as a correspondent for the journal “MAN,” and he would write of them:

The Maithoachiana appear to be a variety of earth-gnomes with many of the usual attributes: they are rich, very fierce, very touchy, e.g., if you meet one and ask him who his father is he will spear you; or if he asks you where you caught sight of him first, unless you say that you had seen him from afar, he will kill you, the inference being, I suppose, that you have seen what he was doing, burying treasure, &c. This is only a guess on my part. Like earth-gnomes in most folklore, they are skilled in the art of iron-working. They originally lived round this part (i.e., south of Mount Kenia), but they were driven out by another legendary people called the 'Gumba,' who dwelt in caves dug in the earth, and who disappeared one night after teaching the Kikuyu the art of smelting. Another account says that they lived in the earth themselves. It is a Kikuyu insult to say 'You are the son of a Maithoachiana.'

The fierce little people were said to have displaced an ancient people called the Gumba, and were greatly feared by the local tribes. Although the natives firmly insisted that the Maithoachiana were real, like Callaway Reed thought they were likely a local myth that had originated from early contact with pygmy tribes. Is that what was going on here, or is it something else? It is curious that such similar stories of little people should originate from two entirely different regions, so was there perhaps a race of tiny people living in Africa, even smaller that the pygmies? One idea is that we could be looking at some sort of relic population of a tiny extinct human relative or hominid such as Homo floresiensis, the fossils of which were discovered in 2003 at Liang Bua, on the island of Flores in Indonesia. These creatures were on average under 4 feet in height and were the smallest species of the genus Homo, and it is speculated that they could have possibly inhabited other areas of the world. Could they have made it as far as Africa? Or is this all just folklore and myth? The answers are unclear.

Vanished People Who Met Strange Entities and Then Reappeared Mysteriously