In 2010, JoAnn Romain, a 55-year-old Michigan local and mother of three grown children, was having a bit of a rough go of things. After twenty-five years of marriage, she and her husband David had separated after he had run off with her best friend and she was stuck taking care of her three children alone. Yet despite this she was described as a kindhearted woman who was trying to make the most of her life. Everyone who knew her described her as happy and fun to be around, and so despite her rocky personal life she seemed to be a content and well-adjusted individual with no known enemies and no major problems with her life. There was certainly nothing about her that would make one suspect that she was about to become the center of a perplexing unsolved mystery surrounded by sinister clues, whispers of cover-ups, and conspiracies.

On the evening of January 12, 2010, Romain left her house and went to attend a 7 p.m. prayer service at their local church. Romain was a devout Catholic and attended every week, so there was nothing at all unusual about this. When she went to the service she was described as being her typical jovial self and there was nothing odd or unusual at all about her behavior, so when she left to go home no one thought anything of it. As people left the church to go home, no one seemed to notice that Romain’s silver Lexus SUV was still parked on a one-way exit driveway adjacent to the church. In fact, no one really thought there was anything suspicious about it until a Public Safety Officer named Keith Colombo on routine patrol drove by the church later that evening and thought it to be odd that the car was parked there despite the fact that the church was completely dark and there were no longer any other cars or people there.

Colombo decided to check the vehicle out, and found that it belonged to Romain, and that it was locked and contained her purse, wallet, and $1,500 in cash, although her cell phone was missing. A pair of footprints were found to lead away from the vehicle to go off down a snowy embankment by the nearby frozen Lake St. Clair to two break walls. There was evidence that Romain had sat down in the snow for a time, after which she had approached the lake and had simply never come back. There was no sign of a struggle anywhere around the vehicle or along the route the footprints took, no sign of anything amiss, it was as if she had just decided to go take a walk off into nowhere. Colombo now suspected that Romain had walked to the lake and somehow entered the water, and so he called it in. Shortly after this, a search and rescue operation was launched by both police and the Coast Guard, but after days of scouring the lake and the surrounding area they could find no trace of the missing woman. At the time, authorities stated that it was a clear suicide, and that Romain had gone down to the water with the intent to kill herself in the frozen lake, but with no body there was no way to know.

In the meantime, there were some odd and sinister clues that began to come in. Some witnesses at the church service claimed that Romain’s car alarm had briefly gone off but that the woman had not been seen by the vehicle, and one of the last to leave the service would claim that Romain’s car had not been parked there when she had left. Had she left and then come back? If so, why? Another witness reported having seen a black van lurking about in the area near the parking lot. It was also found that, despite her outwardly cheerful demeanor, Romain had been having some heavy personal troubles in the days leading up to her disappearance. According to Michelle, JoAnn’s daughter, her mother had recently been acting rather oddly, saying that she was being followed and that the phone was tapped, although she never explained who she though was following her. Romain had also claimed that her mail was being searched and that people were entering her home at night, and got so paranoid that she had changed all of the locks on the doors. It is unknown what connection any of this has to the disappearance but it certainly showed that not everything was as clear-cut as it had at first seemed.

For the next two months no one had a clue of what had become of JoAnn Romain, but then fisherman stumbled across Romain’s body in the waters near the Canadian side of the Detroit River, some 30 miles away from where she had vanished. This was rather odd, as at the time of the disappearance the lake had been quite shallow and there had been no current, so how had her body managed to evade the initial search and then find its way 30 miles down the river to a place it had no business being at? The body was put through multiple autopsies, and although the decomposed and waterlogged state of the corpse meant that a definite cause of death could not be determined, but it was deemed likely a drowning. Despite the weird detail that the body had turned up so far away, authorities were quick to reiterate their initial stance that it had been a suicide and they considered it pretty much case closed, but there were plenty of things that just didn’t add up. 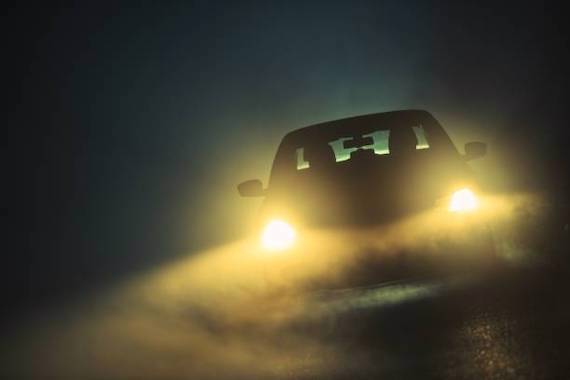 First and foremost is obviously that there was seen to be no way that the body could have ended up where it was 30 miles away down the river, but there were lots of other inconsistencies in the official report. It was quickly pointed out by family and friends that JoAnne was a devout Catholic who loved her children dearly and she was not on any medications nor in therapy for any mental health concerns, and so would never have willingly killed herself. There was also no suicide note, and even if she had committed suicide her family insisted that she had a fear of both dark and deep waters, making it unlikely for her to commit suicide by drowning after walking alone across the dark and icy Lake St. Clair. She also had been wearing 5-inch heeled boots, which would not have been an ideal choice for walking out across snow and ice, and there was also no explanation for her alleged odd behavior weeks prior to her disappearance, and it was additionally found that the car had had a full tank of gas. Why would someone who was planning on killing themselves fill up their car with gas? Other odd details were that only the cell phone was missing, the shoes were found to be in pristine, impeccable condition, and the body had been found with the coat zipped up all the way up to the chin, something the family claimed she never did, and in fact every pocket had been zipped up as well. Terry Meurer, co-creator of the show Unsolved Mysteries, has said of the strange details of the case:

A couple of key things that I think are interesting are the fact that her coat was zipped up when they found her, and she never, ever zipped up her coat. I know it sounds like a small little clue, but that’s one of the things that sticks out to me. What happened to her cell phone? That was never found. This is one of those other cases where you hear about this 55-year-old woman, and you understand that she’s in five-inch heels and that she’s very religious, she loves her kids to death, it’s dead of winter, freezing out. You stand there at this church, which I did, and see what her path would have been to go and walk into that lake, and it absolutely makes no sense at all. Statistically, it’s so rare that someone kills themselves by drowning, but by walking into a freezing lake in the middle of winter is just hard. It’s beyond belief for me. It’s too bad in that particular case that the autopsy didn’t show something. They did three autopsies and came up with very, very little in the way of a cause of death. 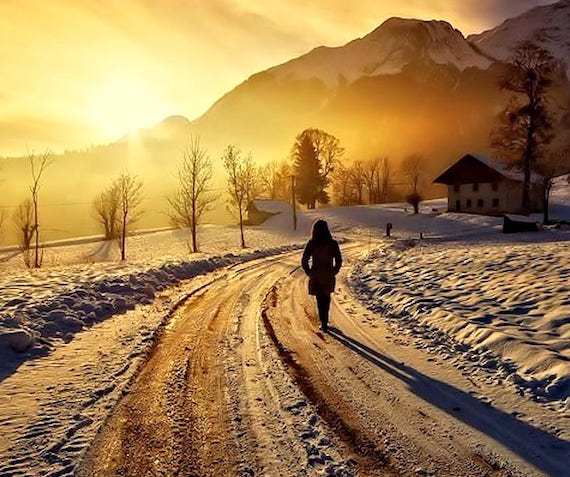 Despite the police deeming it a suicide, Romain’s friends and family believe that something more sinister had gone down that night, and that she had been the victim of foul play that had possibly even been covered up by authorities for whatever reasons. They believe that the police theory does not make any sense, because for her to have committed suicide would mean that she had willingly gone out into twelve degree weather in the dark of night, crossed the initial two lane traffic, went to the median, crossed the other two lane traffic, and then walked through a snowy area to the icy embankment, all while wearing unwieldy high-heeled boots, after which she had walked down the steep, frozen embankment, slid over two break walls, dropped five feet, and then went into a foot of freezing cold water to take her own life. It doesn’t really make a lot of sense, and yet police continue to insist that it was a suicide. Then there are the many instances of police bungling the initial investigation, such as failing to take adequate photos of the crime scene, in particular the footprints, which cannot be confirmed to even have belonged to Romain in the first place because officers also did not measure, mold, or cast the prints. Whether all of this was just incompetence or a cover-up is anyone’s guess, but it certainly could be seen as sketchy.

So, if Romain was the victim of foul play, then who would have wanted to kill her and why? One of the ideas is that it could have been her estranged husband, David, with whom she had been locked in the process of getting a divorce. Their relationship was described as being toxic, and since he had run off with her best friend there may have been reason for him to want her out of the picture. Another potential reason for foul play might have revolved around one of Romain’s brothers, John Matouk, described as a failed entrepreneur who owed a lot of shady people money, with the idea being that some nefarious party had had JoAnne killed to send a message. There was also JoAnne’s other brother, Bill Matouk, whom she was said to have had a stormy relationship with, and still another was her cousin Tim Matouk, who had been locked with her in a battle over the family inheritance. None of these men were ever seriously pursued as suspects, and indeed the police did not investigate into them at all, confident that Romain’s case was a suicide. What happened to JoAnne Romain? Was this a suicide, foul play, or something else? The answers remain unclear.