A Mysterious Murder, a Mentalist, and a Haunted Skull

Some murders seem to slip through the cracks to remain unsolved curiosities. Most often they turn into cold cases that forever remain in the shadows, but on occasion there are extraordinary circumstances that drag them back into the light. One very unusual case is the time a mentalist supposedly used his psychic powers to solve an unsolvable case, which would then turn into a haunting to take it to the next level of weird.

Our story here takes us to the lonely and remote little village of Beechy, in the Canadian province of Saskatchewan. It is the kind of place where everyone knows each other and not much ever really happens, where people keep their doors unlocked and go about their simple lives as farmers and ranchers. It is this wholesome, small town atmosphere that made it all the stranger when in January of 1928, a local by the name of James Stewart “Scotty” McLachlan just suddenly vanished without a trace shortly after selling his land to his partner, a farmer named John Franck Schumacher. The Royal Canadian Mounted Police (RCMP) would launch an investigation that did not get very far, with the only lead they were able to get being a claim from Schumacher that McLachlan had been talking about heading out to British Columbia, where he’d gotten work before, and that he had been packing for what seemed like a long trip. Other than that, the case went nowhere and it sort of faded away over the years to be largely forgotten about.

One person who did not forget was investigator Constable Charles E. Carey of the Beechy RCMP detachment. He had worked on the case and been one of the driving forces behind the investigation, and had been haunted by it for years. He had continued to work on it, but with no new tips or leads McLachlan’s case had gone completely cold. However, this changed one evening in December of 1930, when he attended a mentalist performance at the movie theater in Beechy. These mentalist shows were popular at the time, and in them the mentalist would use his alleged mental powers to perform all manner of tricks such as say information he couldn’t have possibly have known, read people’s minds, hypnotize people, or tell the future. Carey didn’t believe it was anything other than parlor tricks and sleight of hand, and just saw it as mindless entertainment, but his opinion was about to change. 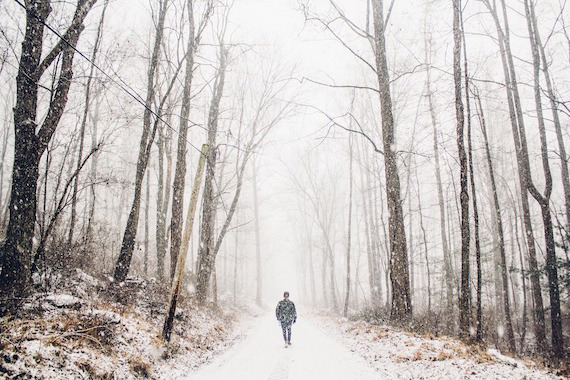 The performing mentalist that night was a Professor Henry Gladstone, and the night had gone pretty much as usual as these things go. Gladstone had been gleaning information about people through his mind powers, reading minds, and hypnotizing people to have them perform silly acts and make fools of themselves. It was all pretty standard for a mentalist show, but at some point during the performance Gladstone’s eyes fell on a member of the audience by the name of Bill Taylor and he asked out loud if he was a friend of the man he was thinking about. Taylor then answered that he was, but that it was Scotty McLaughlin, who had vanished, to which the mentalist responded “I’m sorry to tell you this, son, but he was murdered. Brutally murdered! There was blood on the snow.” This caught Constable Carey’s attention immediately, because the case never been solved, much less been deemed to be murder. As he tried to figure out what was going on, Gladstone then whirled around, pointed at him, and shouted out “That’s the man who will find the body of the murdered man. And I’ll be with him when he does!” From here things would get even stranger still.

Constable Carey was intrigued by the whole situation, and he immediately questioned Gladstone about how he could have possibly known that Taylor was thinking about McLaughlin or that he was murdered. The mentalist told him that he had had a psychic vision of the missing man dead and his blood in the snow, although he had not seen who the perpetrator had been. Carey was still a bit skeptical about all of this psychic power stuff, but a lead was a lead, and so he allowed Gladstone to tag along on the now reawakened investigation into Scotty McLaughlin’s disappearance- and now apparently possible murder. Carey also recruited a Detective-Corporal Jack Woods of the RCMP’s Criminal Investigation Bureau and the three of them went about looking to see where this spooky new lead might go. Neither one of the investigators really truly thought much would come of it, after all it was a prediction made by a sideshow mentalist, but they would soon be proven very wrong.

The two policemen went about interviewing locals and looking back into the case, and one of the people they came back around to was John F. Schumacher, who had purchased McLaughlin’s land. At the time of the disappearance he had been briefly considered a suspect in possible foul play because it had turned out that the sale of the land had not been particularly amicable and the two had had frequent heated arguments and even made death threats against each other, but with no evidence at all he had been dropped as a person of interest. However, now Carey felt it was time to go back and question him again. When they arrived at the farm, they were told they could have a look around, and as they did Gladstone was overcome by another of his visions, insisting that someone had been killed in the barn and buried nearby. There was absolutely no real evidence of this at the time, only Gladstone’s eerie prediction, but they nevertheless asked Schumacher if he would mind coming in for questioning, knowing full well they had no grounds to force him to do so. Perhaps because he thought he knew he had nothing to hide, Schumacher surprisingly agreed, and the next chapter of the weird story would unfold.

Under questioning Schumacher was mostly smug through it all, telling them that his story was the same as before and that he was innocent, and throughout it all Gladstone merely stared at him with an inscrutable look on his face. Just as Carey and Woods were about to concede that the whole thing had been a waste of time, Gladstone then spoke for the first time during the interview, going into detail about what he now saw playing out in his head. He claimed that Schumacher and McLachlan had had an argument, during which Schumacher had struck him over the head to kill him before burying his body nearby at a well. Schumacher was immediately visibly unnerved and anxious, all hints of smugness melting from his demeanor, and after several minutes of dumfounded silence he broke down crying and confessed that indeed he had killed McLachlan, that Gladstone was right, and began to tell them what had happened that night. 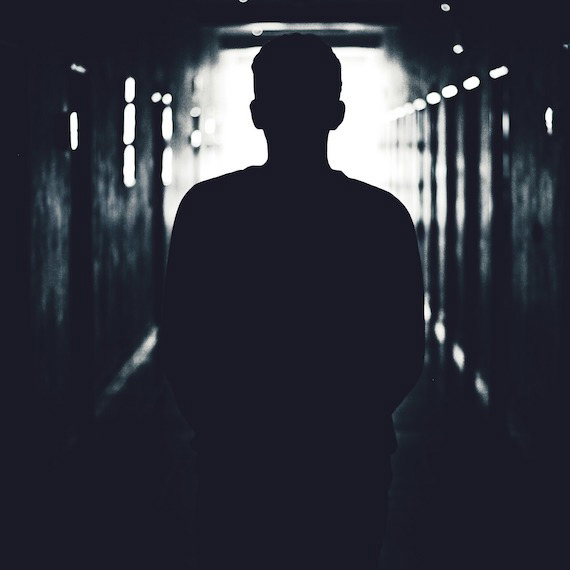 According to Schumacher, Scotty had been the one to start the argument, and had been the one who had made things physical when he had attacked him with a shovel. In Schumacher’s version of events, he had picked up a pitchfork and smashed Scotty in the head with it out of self-defense, not meaning to actually kill him. He claimed that he had then gotten rid of the body out of fear of being hanged for murder, burying it out by the old well just as Gladstone had said. Carey and Woods listened to all of this in utter shock, but despite this amazing break in the case, without a body it was impossible to arrest him on the word of a self-professed psychic. However, this would change when they went out to the well and managed to dig up the remains of Scotty McLachlan, dressed in tattered clothes and complete with busted in skull, buried in a pile of dirt and manure. Gladstone had been right. At the ensuing trial, John Franck Schumacher was tried for the murder of James Stewart “Scotty” McLachlan and it would be deemed to have been self-defense, with Schumacher sentenced to seven years in the penitentiary at Prince Albert, Saskatchewan.

As for Gladstone, it seems that an arsonist set fire to Gladstone’s apartment in Saskatoon, the elderly clairvoyant’s adventure in Beechy had made him gravely ill, and a bedridden Gladstone had to be carried from the inferno by a fireman and a police officer onto the nearby street. Professor Henry Gladstone apparently lost about $10,000-worth of personal belongings in the fire that consumed his apartment building. It appeared, however, that he may have also regained his mysterious ability, as he correctly predicted that a body would be found in the ashes. Adding to the story is that the skull of James ‘Scotty’ McLachlan was kept in the basement evidence vault at the Kerrobert Courthouse until 1996, and it seems the courthouse was haunted after that, with "rumours that the courthouse is haunted. People have heard whispering voices in otherwise empty rooms, and footsteps ascending the main stairway." It seems odd that the skull should be locked away like that, and the haunting it has supposedly caused just adds another layer to the weird story. What is going on here and was Gladstone really tuned into it all? It seems we may never know for sure.