A Strange UFO Attack Case from the 17th Century

The modern UFO phenomenon is often said to have started in the 1940s, and it is from here that tales of aliens and flying saucers really took off in a wave that swept around the world. Yet, accounts of something strange in our skies go back for centuries, often finding themselves falling between the cracks to lodge themselves into the dark shadows of history to be overshadowed by other more mainstream events. One such account supposedly occured in Russia back in the 17th century, and it involves a mass sighting of strange things in the heavens, and possibly a UFO attack.

Robozero was a village in Russia, located in the present day Vologda Oblast region around 700 miles from St Petersburg and a quaint, unassuming place surrounded by forested hilly landscape. Indeed, it was a village where not much happened at all, one that looked very much like the many others like it scattered through the rural region, but on August 15, 1663 the village would allegedly be visited by strange forces from the sky. On this day, a group of locals had gathered in large numbers in the village of Robozero church for the feast of the Assumption of the Virgin Mary, and at some point between 10:00 AM and noon there was a heard a “great sound that resounded in the heavens.” When the curious churchgoers ventured outside to see what was going on, they saw speeding in from the north a giant fireball measuring at least 140 feet in diameter, which came in to float back and forth over a nearby lake. As it did so, it allegedly emitted two “two burning rays” that probed the water and village itself for reasons unknown. The terrified villagers entered the church to pray and seek shelter, seeing it all as a sign from God, and as they did two smaller balls of fire apparently broke off from the larger one to venture around and hover over the lake and village. 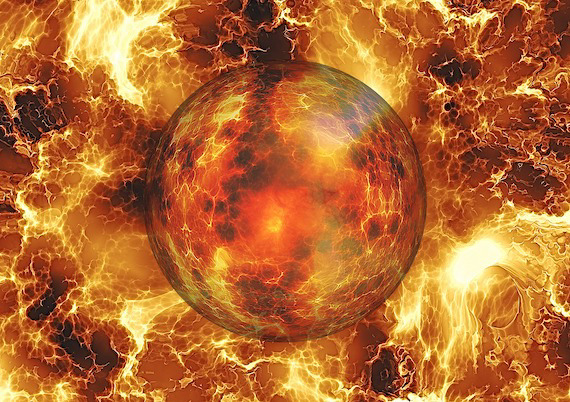 After some time of floating around freaking everyone out, the “fireballs” apparently disappeared under the surface of the lake. Around an hour later the larger sphere reappeared and once again hovered to and fro over the lake, this time glowing so brightly as to be almost blinding. It disappeared again and then came back even more intense than ever. Some fishermen in boats tried to follow the object, but it was emanating so much heat that it was impossible to get near and some of them were even burned by it. At the same time, the bright light from the object penetrated all the way down through 30 feet of water to the bottom while fish in the lake flung themselves from the water onto shore. An authentic 17th century document signed by an Ivachko Rievskoi confirmed by the local priests says of the incident:

To His Highness the Archimandrite Nikita, to His Eminence the Starets Paul, to their Highnesses the Starets of St. Cyril Monastery, Most Venerable lords, salutations from your humble servant Ivachko Rievskoi. The farmer Levka Fedorov, from the village of Mys of Antusheva of your monastery estate Losy, has related to me the following facts: On this Saturday, the 15th day of August of the year 7171 [since creation i.e. 1663], the faithful from the district of Bieloziero, Robozero volost [administrative region], had assembled in great number in the church of the village of Robozero, in the present holyday of Assumption of the Virgin Mary.

It came from the direction whence winter comes [i.e. north], and it moved toward midday [i.e. south] along the lake passing over water surface. The ball of fire measured some 140 ft from one edge to the other and over the same distance, ahead of it, two ardent rays extended. The people seeing the terror of God gathered in the church and prayed to God and the Blessed Virgin, with tears and crying, and the big fire and two smaller ones disappeared. Less than an hour later, the people again came out to the square and the same fire suddenly reappeared over the same lake, from the same place where it first disappeared. It darted from the south to the west and must have been 1500 ft away when it disappeared.

But it appeared, in a short while, back again, from another place, moving this time to the west; the third time the same fireball appeared more terrific in width [so it grew], and disappeared, having moved to the west, and it had been remaining over Robozero, over water, for an hour and a half. And the length of the lake is about 7000 ft, and the width is 3500 ft. As the fireball was coming over water, peasants who were in their boat on the lake followed it, and the fire burned them by the heat, not allowing them to get closer. The waters of the lake were illuminated to their greatest depth of 30 ft and the fish swam away to the shore, they [the people?] all saw that. And where the fireball came, the water seemed to be covered with rust under the reddish light; it was then scattered by the wind and the water became clean again. And I, your humble servant, sent a message to the priests in Robozero district, exactly for this reason, and they responded to me with a letter confirming that they had such sign in that day. And you, most Venerable lords, would know about this. And this Robozero district is about 6 miles away from Antusheva village of your monastery estate Losa. 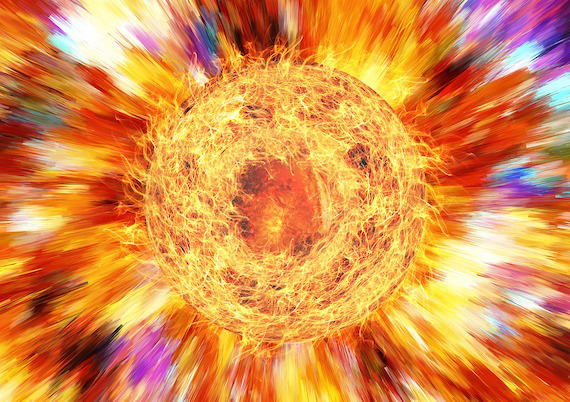 There is even mention that the lake retained its rust-like quality for weeks afterward and that the fish living there seemed to glow after that. The case is a rather obscure historical oddity, but it is fairly well-known in Russian UFO circles and has been picked apart and debated extensively. There is real documentation that proves the initial document reporting this is indeed real, but what did they see? Making things murkier is that at no point does Rievskoi offer any actual interpretation of what was seen, instead merely describing it, leaving us to fill in the blanks ourselves. Theories include that it was a meteorite, ball lightning, an optical illusion of some sort, or mass hysteria, and of course that it might have been an early account of aliens visiting Earth from beyond the stars. One breakdown of the various ideas from the site ThinkAboutitDocs says:

Russian astronomer D. Svyatski, in his book “Astronomical Phenomena in Russian Chronicles,” claims that the eyewitnesses saw pieces of a meteorite that flew apart after an explosion – but this does not account for the sighting of the people in the boat approaching a hovering body? thers have tried to explain it as ball lightning-but there was no storm or rain that day. The life span of lightning is short. Its diameter is no more than three feet-certainly not 130 feet. Yuri Roszius analyzed Rzhevsky’s report and came up with a fresh interpretation of the sighting. His detailed analysis included the study of one interesting episode related by eyewitnesses. The document notes a change in the outer appearance of the object: an increase in its brightness when it came into view for the third time. For some reason this change preceded the start of the object’s progressive movement westward. In modern times, such an increase in brightness could be attributed to the firing-up of cruise engines (an increase in its thrust). Is it by chance that the object’s brightness increased before its departure? Mankind did not possess such advanced technology then, but it is feasible that the population of Robozero was being observed by an alien civilization.

Surely it does seem difficult to reconcile all of the details mentioned with any known natural phenomenon. What was going on here? Was this some misinterpreted celestial phenomenon, perhaps one we don't even understand now? Or was it something else? If this was aliens, then what did they want and what would this account represent? Was it an attack of some sort? Considering how old the report is and that there is no more further information, these are all questions that may never be answered, and it remains a curious unsolved historical oddity  that has faded into the mists of time.

The Strange and Intriguing Life of Bruce Cathie: Anti-Gravity, UFOs and the Men in Black