The Mexican Cities Protected from Hurricanes by Aliens

Some places in this world just seem to draw mysteries to them. Whether it is there geographical location, their geology, or whatever, these places have seemed to pull in stories of the unusual. One such place can be found in the country of Mexico, where there seems to be a region that is protected from hurricanes by UFOs and aliens.

Located along the Gulf of Mexico in southeast Tamaulipas, Mexico are the seaside cities of Ciudad Madero and Tampico. Both part of the larger Tampico metropolitan area, the cities are a major oil exportation hub but also popular for their beaches, nightlife, eclectic architecture, and world class seafood, and draw tourists from around the country looking for fun in the sun. The area has also become rather known for its good weather and ability to remain unscathed by the hurricanes that routinely batter most of the region around it, and depending on who you ask this could be down to good luck, unique weather patterns, geological features, or aliens. Wait, what?

In August of 1967, thousands of locals witnessed nine UFOs in the sky cruising off the coast of Miramar Beach, Ciudad Madero, and the objects were also confirmed and tracked by the local Tampico airport air traffic control tower. At the time it was major news and considered to be one of the most spectacular mass UFO sightings that Mexico had ever seen, and there was much excited chatter among the populace about alien visitors from another planet, even talk of an invasion. After this initial mass sighting, the area became a big hotspot for UFO sightings, and not only that, it also suddenly and inexplicably started to avoid being hit by the many hurricanes that pass through the region every year. Up until then, the area had been pummeled on several occasions, including in 1955 and 1966, but shortly after the UFOs arrived, luck seemed to have arrived with them. 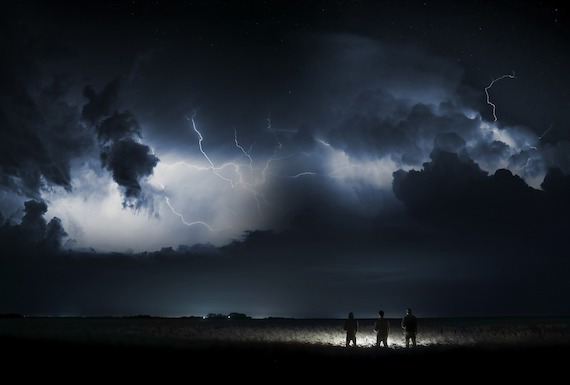 Since 1967, every single time a hurricane has had the Tampico region in its crosshairs, it has suddenly and often dramatically veered off to spare the area. In 1988, Hurricane Gilbert blasted the US, the Caribbean, and Southern Mexico, causing billions of dollars in damage and killing 300, yet it suddenly rerouted away from Ciudad Madero and Tampico, leaving the area untouched despite meteorologists predicting they would be hit as well. Another notable instance was in 2005, when Hurricane Katrina was headed toward the small coastal cities and sharply diverted from the Tampico coast to head off straight towards New Orleans, where it eventually killed more than 1800 people. In 2013, Mexico was hit by two hurricanes within 24 hours, Hurricane Ingrid and Hurricane Manuel, which collectively affected two-thirds of Mexico, killing 192 people and causing billions of dollars in damage but leaving Madero and Tampico out of the direct path. Most recently was in 2022, when Tropical Storm Karl took a sharp turn away from that part of the coast to hit further south, causing massive flooding and damage. In fact, the Tampico area has remained unscathed by hurricanes and other extreme weather events since 1967, and many locals believe it has something to do with the arrival of aliens during that initial mass sighting.

The main idea is that aliens established an underwater base off of Miramar Beach, called Amupac by believers, and that these extraterrestrial intelligences are for whatever reasons protecting the area by steering hurricanes away. Local UFO researcher and founder of the UFO organization called the OVNI Scientific Investigation Association of Tamaulipas, or AICOT for its Spanish acronym, has claimed to have astrally travelled to Amupc, and explained of this purported city and its inhabitants:

Amupac is intraterrestrial and multidimensional, seemingly made of crystal and some metals, and inhabited by nearly 10 feet tall, thin and light-skinned beings who have a more evolved consciousness, with energy radiating throughout the place. The information that I received in this place is that they are monitoring this stage of this planet. And well, for me in particular I can deduce that they are psychologists, scientists who are connected in this reality, but they live in the space of no time. I believe that more than protecting us, it’s also that they are protecting themselves.

The idea of a secret alien underwater bas protecting the area from hurricanes has turned Ciudad Madero and Tampico into a sort of mecca for UFO enthusiasts and curious tourists, and locals have been quick to cash in on it all. Often called Playa Protegida - “Protected Beach”- here one can find all manner of alien and UFO themed souvenirs and restaurants, guided UFO viewing tours, and there is even an unofficial holiday called El Día OVNI Tamaulipas on October 25, named after the Spanish acronym for “Objeto Volador No Identificado,” meaning “unidentified flying object.” Nembra Carmen Jiménez, director of tourism for the state government of Tamaulipas, and incidentally a member of AICOT, has fully endorsed all of this, even claiming to have met the aliens herself, and she has said of it:

We’ve had everyone from children to the elderly that are interested in the subject. People come here exclusively to visit this area…to see these types of phenomena. Well, we got rid of the word ‘phenomena’. This type of ‘reality’ that we have here. I believe in this. I have seen them since I was 5 years old, I have had contact with a spaceship. We are not alone in the universe. 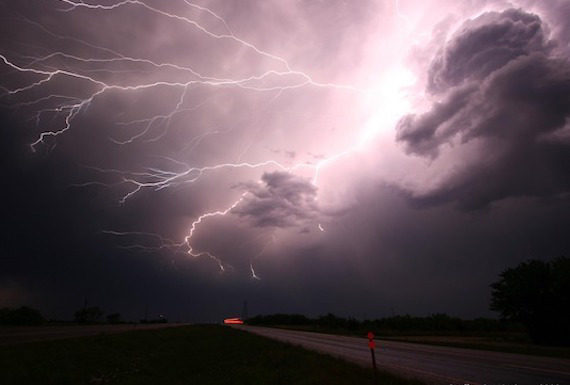 Not everyone agrees that the area’s uncanny ability to avoid hurricanes is the doing of alien protectors. Some of the more religious-minded residents believe it is due to a monument to the Virgen del Carmen, the patron saint of sailors and fishermen, which also just happens to have been erected in 1967, while the more skeptical put it down to more mundane reasons. The area’s meteorological harbor master, Javier Francisco Álvarez, has explained that it is all due to broader atmospheric conditions, such as prevailing westerly winds or high pressure subtropical systems, the ocean temperature of the area, and the innately erratic behavior of hurricanes to begin with, perhaps combined with a little luck, and says of it:

The trajectories of these hydrometeorological phenomena are erratic, that is, they do not always hit the same part or in the same place, or enter through the same way, touch land through the same place. We now have advanced monitoring systems and numerical models that allow us to predict a storm’s intensity and path – but trajectories still vary widely depending on those wider atmospheric conditions. As the sea water is one or two degrees colder, it manages to pull the mass of air and, consequently, causes the rejection of hurricanes. The air mass that enters through the gulf is diverted towards the coasts of the United States and towards the Isthmus of Tehuantepec [in Southern Mexico]. The explanation of the Martians has developed into a fun oral tradition that has begun to transcend several generations and create a tourist attraction. However, it is important not to blind ourselves to reality by an urban legend and adopt protective measures in the event of the arrival of a hurricane.

Is this all just a ploy to get tourist dollars? Is there anything to this at all? How is it that these two cities and their surroundings have managed to remain untouched by Mother Nature at her worst? Is it just luck, atmospheric conditions, or something else? Whatever the case may be, Cuidad Madero and Tampico have managed to draw quite the bit of lore around them, and they remain lodged within the annals of mysterious places with secrets we may never uncover.