Lying along the western bank of the Potomac River, in the northern region of the Commonwealth of Virginia and just a stone’s throw away from Washington D.C., in the United States, is the historic city of Alexandria, and the oldest part of the city is a portion called Old Town Alexandria. Originally laid out in 1749, to this day it is well-known for its numerous boutiques, restaurants, antique shops, theaters, historic town houses, and art galleries, as well as its quaint cobblestone streets and unique red brick sidewalks. Old Town Alexandria is home to a variety of historical landmarks that attract visitors from all over the country. It is also famous for an odd local unsolved mystery involving a mysterious stranger, an anomalous grave, and ghosts.

The story of what is mostly known as “The Female Stranger” begins with an enigmatic couple said to have arrived here aboard a ship coming from the Caribbean in September of 1816. They were well-dressed, the man described as “polished and polite,” and the woman was said to be stately and strikingly beautiful, so they were immediately turning heads upon their arrival. In some versions of the story, the woman is described as wearing a veil and refusing to take it off to show her face completely. The couple then took a carriage to Gadsby’s Tavern, or what was then known as the City Hotel, at 138 North Royal St., which at the time was considered to be a haven for socialites and high society. There they booked an expensive room, refusing to give their names, and it soon became obvious that the woman, while very beautiful, also had a sickly pale pallor and was quite ill, her health visibly and rapidly deteriorating from some unknown affliction. 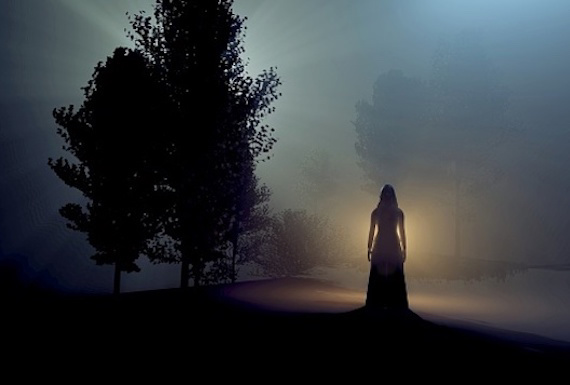 The husband apparently tended to her on his own for some time, the two of them locked in their room and never answering the door for anyone, but he apparently came to understand that she needed professional help and allowed a local doctor and two nurses to enter. According to the tale, he promptly had them and the hotel owner swear an oath to never reveal their identities to anyone for the rest of their lives, after which they attended to the ailing woman. For several weeks they cared for the woman, but despite their best efforts her health continued to spiral downwards until one day she died while alone with her husband. She was then buried at St. Paul’s Cemetery, of St Paul's Episcopal Church, and the husband went about having erected a fancy, elaborate, and very expensive tabletop tombstone with the following inscription:

To the memory of a

This stone is placed here by her disconsolate

Husband in whose arms she sighed out her

latest breath, and who under God

did his utmost even to soothe the cold

How loved how valued once avails thee not

To whom related or by whom begot

A heap of dust alone remains of thee

Tis all thou art and all the proud shall be

To him gave all the Prophets witness that

through his name whosoever believeth in

him shall receive remission of sins

As soon as the ornate grave was complete, the mysterious man left town without saying anything, and to make it all stranger it would turn out that he had not paid for his lodgings and that the money used to pay for the grave and tombstone was nothing but counterfeit bills. He had not even paid for the medical care his wife had received, but since his identity was a total secret and the only ones who knew it had sworn a solemn oath not to reveal it, there was nothing anyone could do about it. Some versions of the story say that he would return to the grave every autumn to place flowers there, or that her relatives would show up from time to time, and over the years the real identity of who was really buried there has become a perplexing local mystery, with theories swirling.

One idea is that the Female Stranger was Theodosia Burr Alston, the daughter of once vice president Aaron Burr, who was mysteriously lost at sea to never be seen again. The idea is that she never died out there, but had rather run off to marry a pirate or a British sailor. Another theory claims that the woman was Sarah Curran, the fiancée of Irish Revolutionist Robert Emmet, who may have been forced to go off to marry a British naval officer, while others have speculated that she was the daughter of an English lord eloping with her lover, a commoner. There is also the possibility that they were a pair of notorious con artists who had made their way down the port cities of the eastern seaboard. Some theories are particularly bizarre, such as one claiming that she was perhaps actually Napoleon Bonaparte in disguise. Whoever she was, the mysterious headstone and romanticized atmosphere of her tale would make her a prominent local historical oddity and mystery, only further made intriguing by the cryptic headstone inscription that raises more questions than answers. Liz Williams, director of Gadsby’s Tavern Museum, has said of it:

Once you start reading the words on her gravestone, it’s super hard not to pique your interest and kind of dive deeper into who this person might have been. The true facts of the Female Stranger story are very few, so that’s why it’s turned into this amazing urban legend, to try to fill in the pieces of where the holes are in the story.

To this day no one really knows who is buried in that grave, or if any of the story of the Female Stranger is even true at all. One problem is that the tale first appeared as a poem regarding a visit to the grave of the Female Stranger that was composed for the Alexandria Gazette in an 1834 issue, which was written by poet Susan Rigby Dallam Morgan and gives no real sources for verification. After this it was picked up by The Philadelphia Saturday Courier in a more traditional straight news article and given more details, but the author was the pen name Lucy Seymour, who was none other than Susan Rigby Dallam Morgan, and still gave no explicitly named sources, This means that almost everything we know about the story of the Female Stranger is derived from this poem and article written by the same author, with no known sources or concrete records to back any of it up, and making it worse is that the first details surrounding the Female Stranger aren’t reported in local papers until nearly 50 years after her supposed death. Over the years the tale has been told and retold, picking up new details and elements along the way to the point that it is impossible to know what is real or not, and in the end the story behind the grave could be just an urban legend. However, there is definitely someone buried there, we just have no idea who. 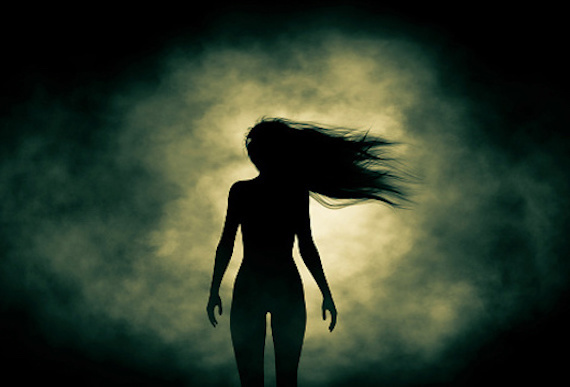 Whoever is buried in the grave of the Female Stranger seems to have become even more mysterious for the fact that she is said to haunt the tavern in death. Visitors have reported seeing a woman in early 19th-century clothing lurking about, mostly in the vicinity of Room 8, where the Female Stranger is said to have spent her final weeks, as well as the ballroom. The spectral woman is mostly harmless, appearing only to vanish, as well as walking through walls, appearing in windows, and sometimes lighting candles in rooms, but some encounters are more frightening. Wellington Watts, owner of Alexandria Colonial Tours, tells of one such incident involving a young woman who had returned home from college to work at the Gadsby’s Tavern Restaurant for the summer, and she says of it:

Her first night on the job she goes to the kitchen, gets her customer’s meals, she turns around and the ghost is staring her right in the face. She screams and panics, the plates drop on the floor, the ghost vanishes, she runs out the door and quits on sight. We were told she’s never been back in Old Town since.

The haunting has become another piece of local lore, and adds a further layer of weirdness to it all. To this day the grave of the Female Stranger has been a local curiosity and tourist attraction, drawing in those who would try to decipher the inscription for some clue as to who is buried there. Room 8 at Gadsby's Tavern is also a tourist destination and popular spot for local ghost hunters, and there is even a Ghost and Graveyard Tour held at the tavern.  It has all become quite the local phenomenon, and we are left to wonder. Who was the Female Stranger and what does her enigmatic gravestone mean? Was any of the story behind her real? It is hard to know where fact, rumor, and urban legend end or begin, difficult to disentangle the web of mysteries, and it remains a curiosity that may never be solved.